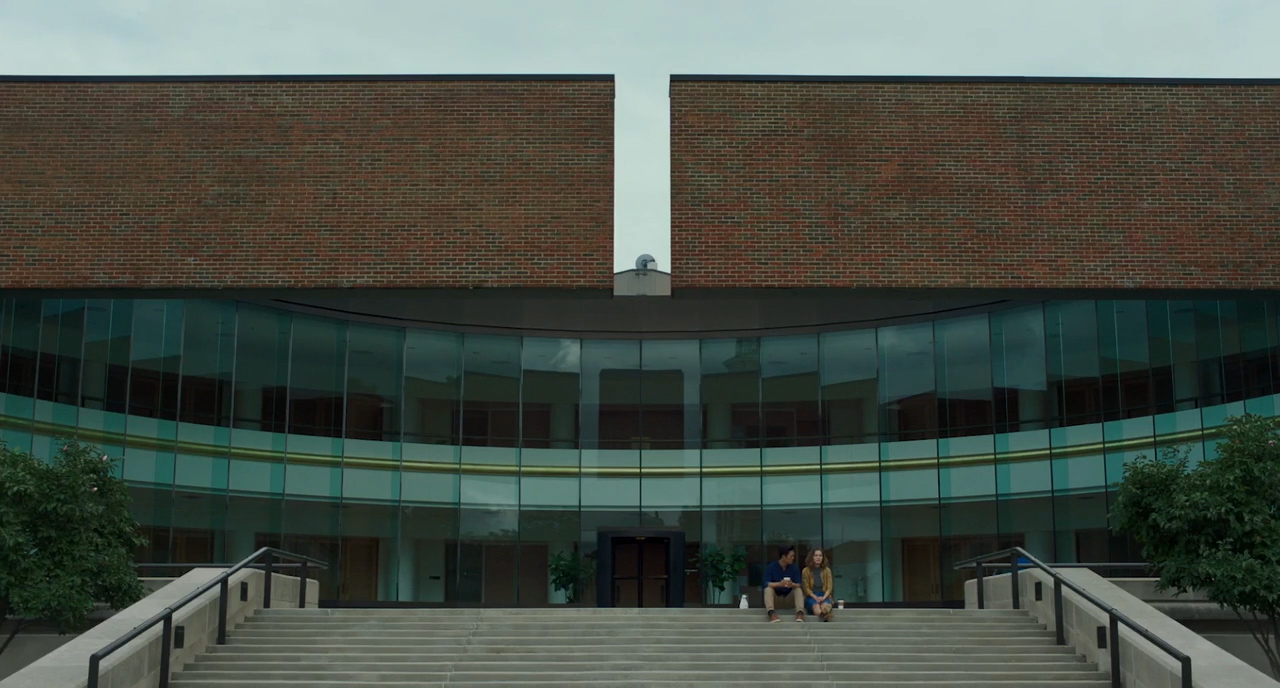 You grow up around something and it feels like nothing.

Video essayist Kogonada graduates to feature films with Columbus, an exquisite, achingly sensitive little drama about two strangers who feel trapped within the legacies of their parents and cultures.

Haley Lu Richardson gives arguably the best pure acting performance of the year as Casey, a bright young architecture enthusiast who grew up in the modernist paradise of Columbus, Indiana, but feels unable to realize her own potential without sacrificing care for her mother, who is a recovering addict. She meets Jin (John Cho), who has flown from Korea to wait for his father, an influential Korean architecture scholar hospitalized while preparing to speak at the local college, to die.

In significant ways, Casey and Jin are opposites: she feels compelled to serve her mother, he wants little to do with his father; she loves and feels intimately tethered to her hometown, he feels anchorless and resents his culture as well his father's influence; she is open and engaged with everything, he is cynical and closed off. What they share, however, is profound: a yearning to bridge the gap between their restrictive pasts and uncertain futures and find a place in the disorder of their lives for structure, beauty, and to risk the vulnerability of establishing meaningful connections.

Columbus is a painstakingly careful piece of writing unerringly performed by Richardson and Cho, who bring a quiet vitality to every conversation about buildings, memories, fears and hopes. Richardson, in particular, is a real revelation, displaying a rare emotional openness that never threatens inauthenticity or preciousness. Elisha Christian's photography perfectly complements Kogonada's contemplative tone and pulls incredible emotional resonance out of the recurring architectural locations. It's a deeply special film, and a debut that will be hard to top. 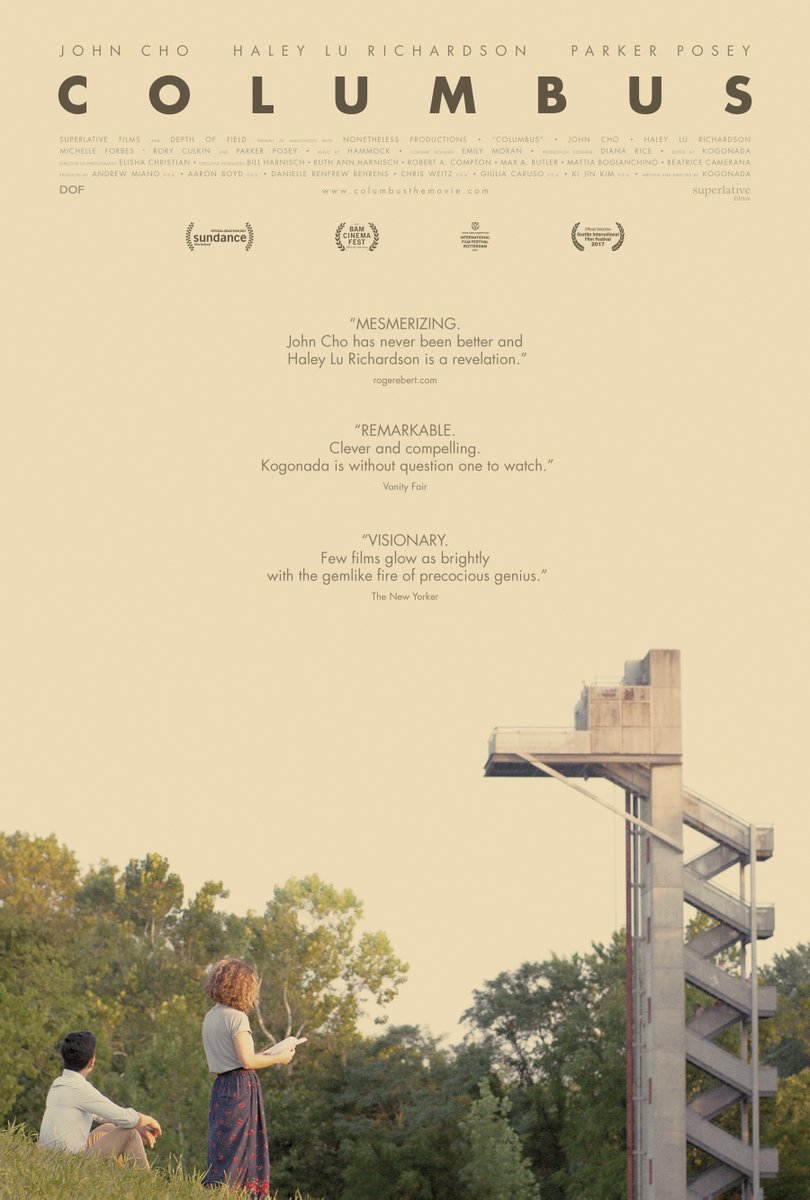