I don't recognize anyone at all.

An intriguing thriller in the mold of mind-bending Euro-horror like Andrzej Żuławski's POSSESSION, Don't Look Back (a.k.a. Ne te retourne pas) takes two of France's most beautiful actresses and smushes them together with psychologically and visually disturbing effects.

Sophie Marceau stars as Jeanne, a writer determined to author a memoir of the childhood she cannot remember, due to a case of accident-induced amnesia at age 8. While everyone in her life attempts to dissuade her from digging into that void, more immediate memory problems begin to plague the happily married mother of two, as the furnishings in her apartment begin to change from minute-to-minute, followed by the faces of her loved ones, which begin to morph into strangers in real-time, spinning her into a frenzy of confusion and paranoia. It gets worse: Jeanne begins to not even recognize herself. Although it's hard to imagine many women would be too upset if they suddenly began to look like Monica Bellucci, for Jeanne this final transformation may be the ultimate undoing of her sanity.

Smartly and claustrophobically co-written and directed by Marina de Van, Don't Look Back spins its high concept with an engrossing deftness, with fabulous performances by its leading ladies, who spend a portion of the film with their faces eerily melded by imperfect special effects that maximize the unease of the uncanny valley. The questions raised during Don't Look Back are provocative: is she being gaslighted? Is she imagining a physicalization of her own angst? Is she witnesses the cracking of a persistent illusion of an idealized life? Does she have a Manitou growing in her arm? The surprising resolution of Don't Look Back doesn't quite pay off the escalating tension of its mysteries; although the ending works narratively, its sharp turn in tone is jarring and may be taken as a softly unfulfilled promise.

Well-worth seeing for fans of Marceau, Bellucci, psychological hurky jurky, and subtle Cronenbergian body horror. De Van, of whom I was previously unaware, has me interested in seeing more of her work.

Don't Look Back was assigned to me as part of a "Movie Challenge," which is a method of discovering movies that I may not choose watch on my own volition. This particular challenge is a monthly "Secret Movie Exchange," in which a small group of movie lovers randomly draw another member from the group and a pick a movie for them. 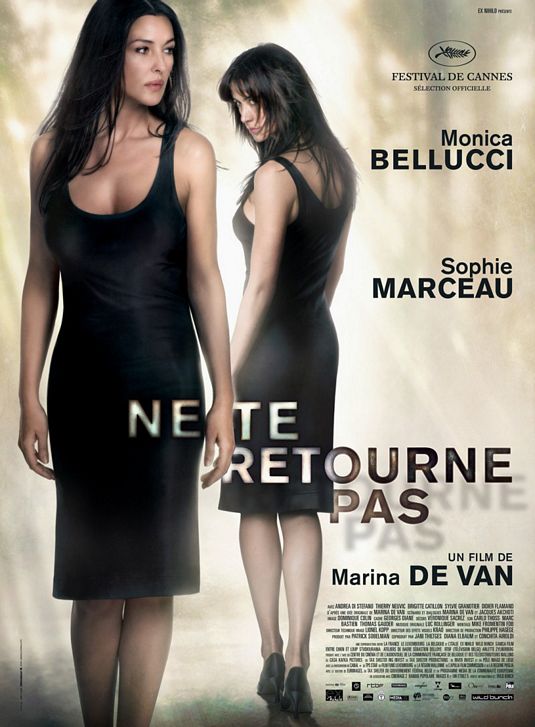