It's wild, seeing it for real.

There may have been no more chillingly timely movie released in the last year than Bertrand Bonello's Nocturama, which depicts a multicultural group of young people planning and executing a multi-target terrorist attack on Paris, and hiding out after hours in a shopping mall, awaiting the next stage.

The first half of Nocturama easily appealed to my taste for quiet, non-judgmental depictions of the nuts-and-bolts machinations of crime, especially terrorism and spycraft. Bonello gracefully tracks the myriad terrorists as they spread out across the city, mostly in silence, to complete their tasks with a pensive seriousness of purpose. While the detailed machinations of their plot are compelling enough, their stone-faced determination coupled with Bonello's effortless visual energy gives the first phase of Nocturama that rare electrical charge that comes from a convincing simulation of real-life danger.

It’s the second half of Nocturama, however, that transforms the clinically superb setup into mesmerizing social commentary and art. As the terrorists deal with the after effects of their actions — shock, detachment, relief, celebration, anti-climax, fear — all the while surrounded by the luxuries and symbols of capitalist society that both define this generation and mock its affected ideals, Bonello observes communal cognitive dissonance from the inside. Brooding, contemplative, stylish, pointed, and increasingly tense, Nocturama is a sharp look at the casual youthful embrace of destructive radical politics as a seemingly natural outlet for spiritual ennui and class self-abnegation — it's terrorism chic as a form of conspicuous consumerism, a frivolous youth fashion statement from a generation obsessed with its unexamined feelings —and with a detachment from consequences that aren't immediately personal. 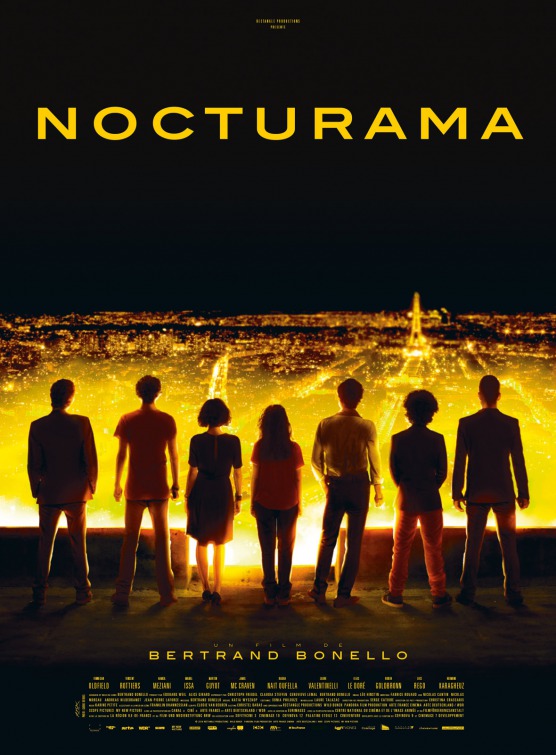