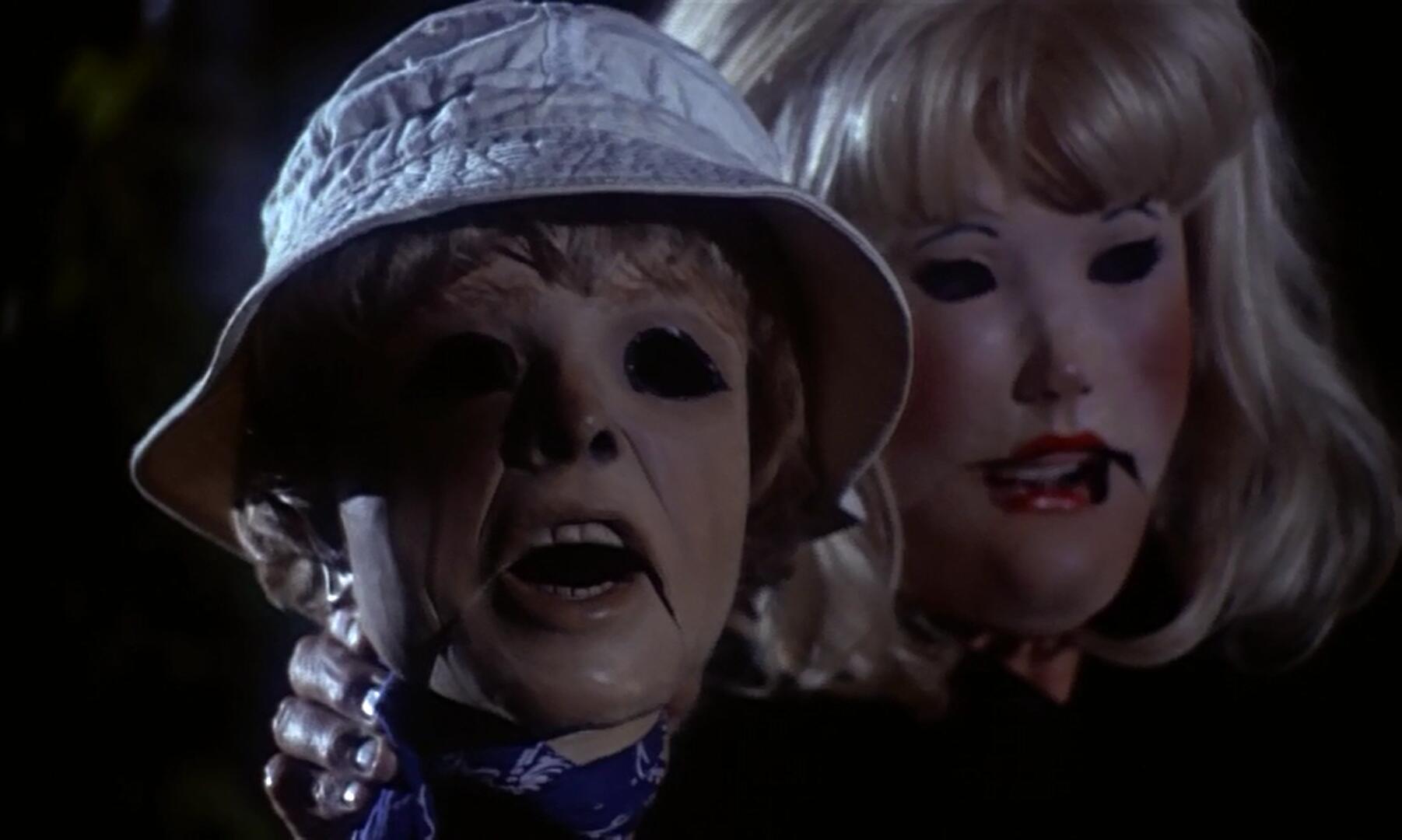 When a group of generic young people find themselves stranded at a generic rural location, there is nothing generic about what happens to them. Tourist Trap goes bonkers pretty quickly, as a masked weirdo uses telekinesis to animate mannequins in a most unsettling manner.

This is the first movie from writer-director David Schmoeller, who would go on to direct the first in the Puppetmaster series, so he is no stranger to exploiting pediaphobia (the somewhat oddly grouped fear of children, dolls & mannequins). What he lacks in narrative consistency he sure makes up for with relentless creepiness. Tourist Trap doesn't add up to much, but its individual parts are terrific, with a bonkers final shot that is the perfect icing on this cake.

TV's "Rifleman" Chuck Connors adds considerable weight in his role as Mr. Slausen, the sad-sack proprietor of a run-down, middle-of-nowhere mannequin museum. Connor — like fellow old-school macho veteran actors Rory Calhoun in Motel Hell and Bo Svensson in Night Warning — delivers a fantastic complex performance, elevating the material while also seeming a little embarrassed to appear in a bizarre, sickly movie like this. 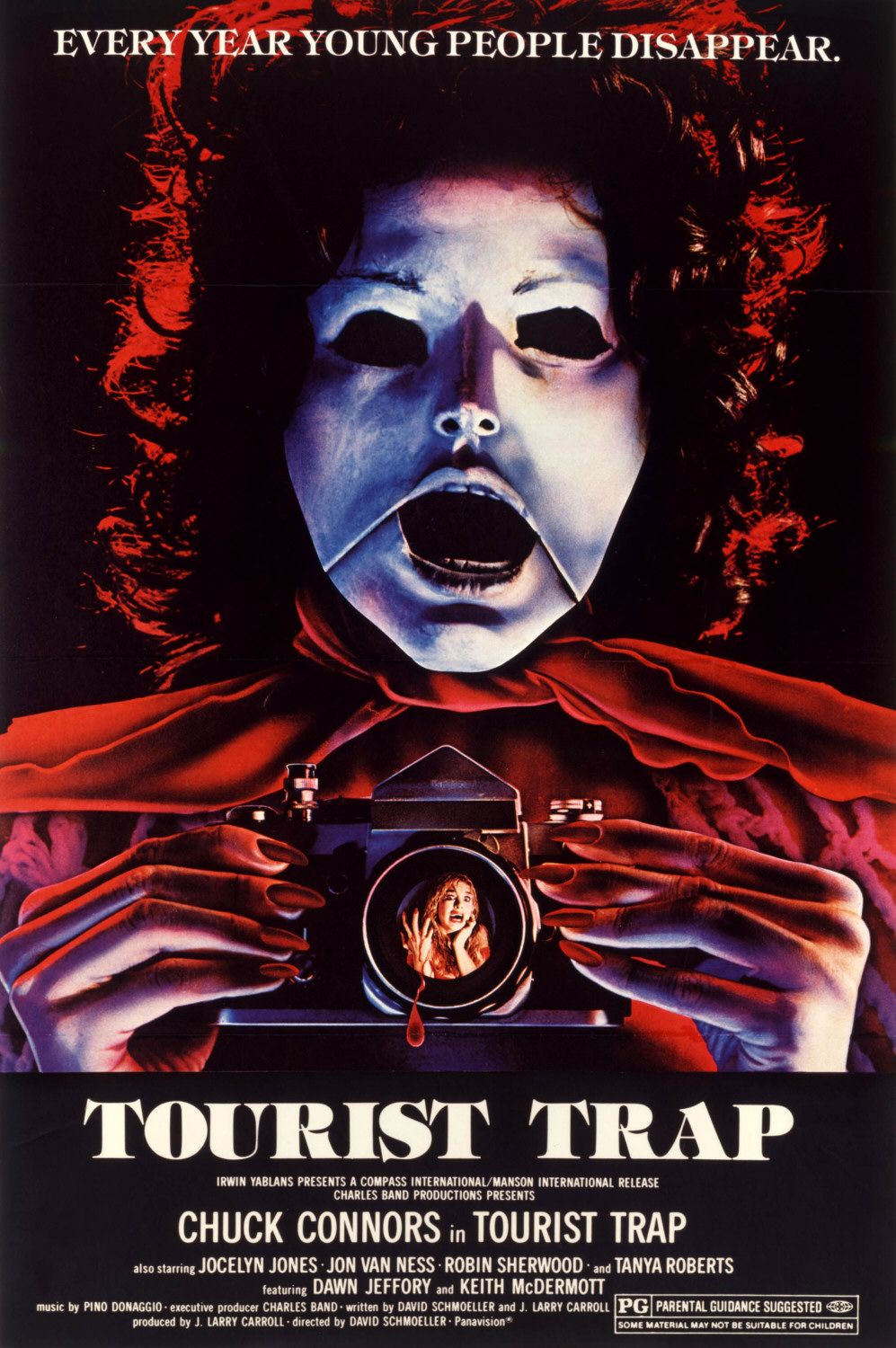 More about Tourist Trap (1979) on Videopolis