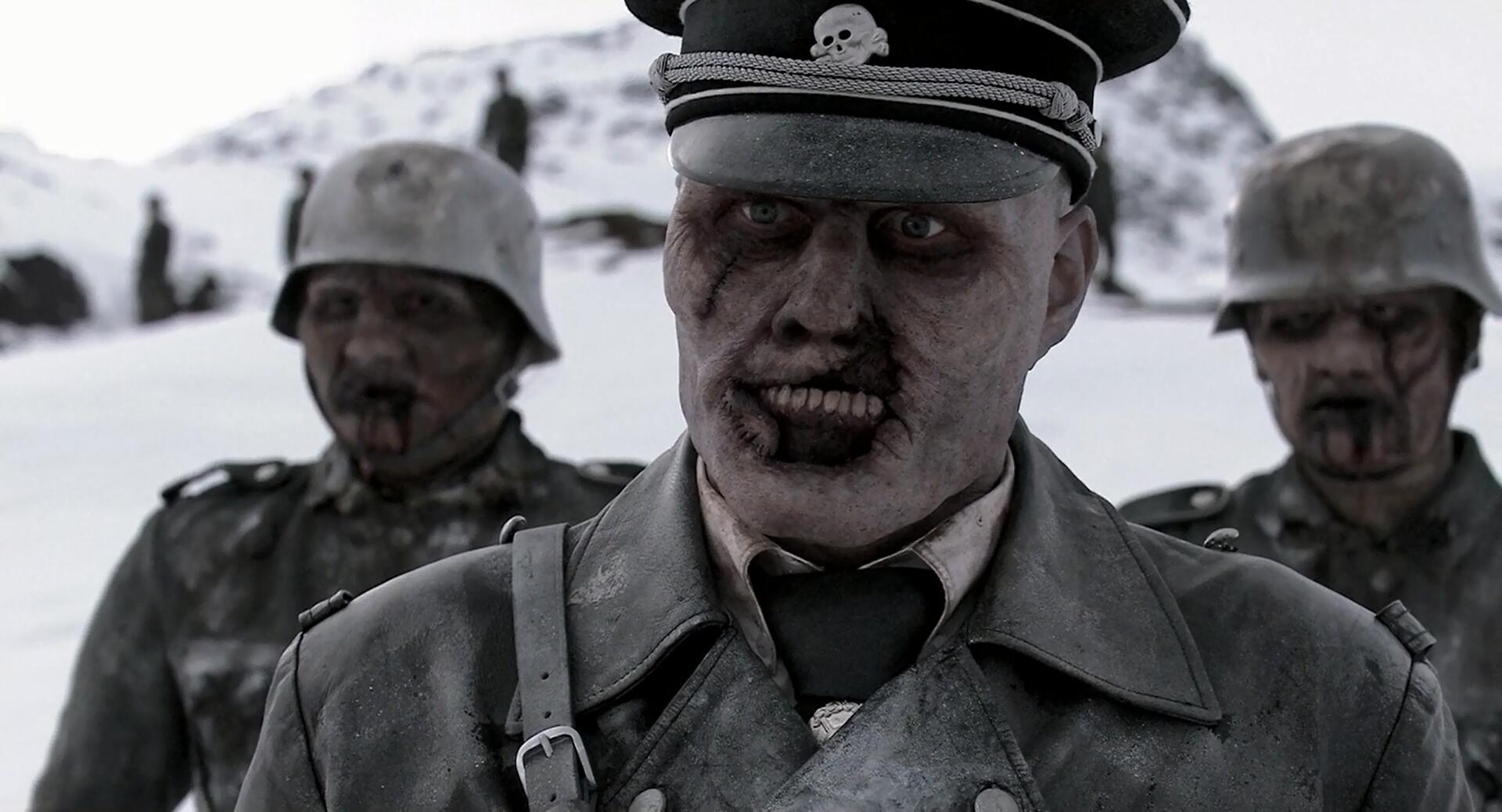 Having already endured a few very crude, low budget digital-age Scandinavian horror movies, I avoided Dead Snow for 5 years, but the cult status it has attained since then persuaded me to give it a shot. While I can see, sort of, what's made it popular, it didn't work for me as zombie movie or as a horror comedy.

Dead Snow starts with the age-old trope of several young couples & singles en-route to a remote vacation cabin. They are unaware, however, that this cabin lies smack dab in the middle of a horde of zombie Nazis leftover from 65 years earlier. When the vacationers discover a small chest full of WWII treasures under the cabin floorboards, the Nazis arise from their snowy resting places to reclaim their stash and literally tear the interlopers limb-from-limb.

First, I will say that there are some very good, creative gory practical effects in Dead Snow, and overall the action scenes are quite well choreographed and shot. When CGI is used, however, it is so-so — especially the blood effects.

My main problem with Dead Snow was the direction by Tommy Wirkola. Although at the beginning the movie seemed to intend to parody horror tropes, Wirkola's leaden comic touch ruined every potential laugh, with the actors overplaying naturalistic dialog, and Wirkola's incessant use of close-ups. Close-ups are a no-no if the acting is too broad, and Wirkola employs them both like a prize-fighter's one-two punch. Wirkola further ties the movie into knots with abrupt shifts from comically graphic gore to trying to milk genuine emotion from the tragedy of death. It never works.

I had two good laughs during Dead Snow, and some of its effects are memorable, but I hope that for the imminent sequel, Wirkola has improved as a writer and director. 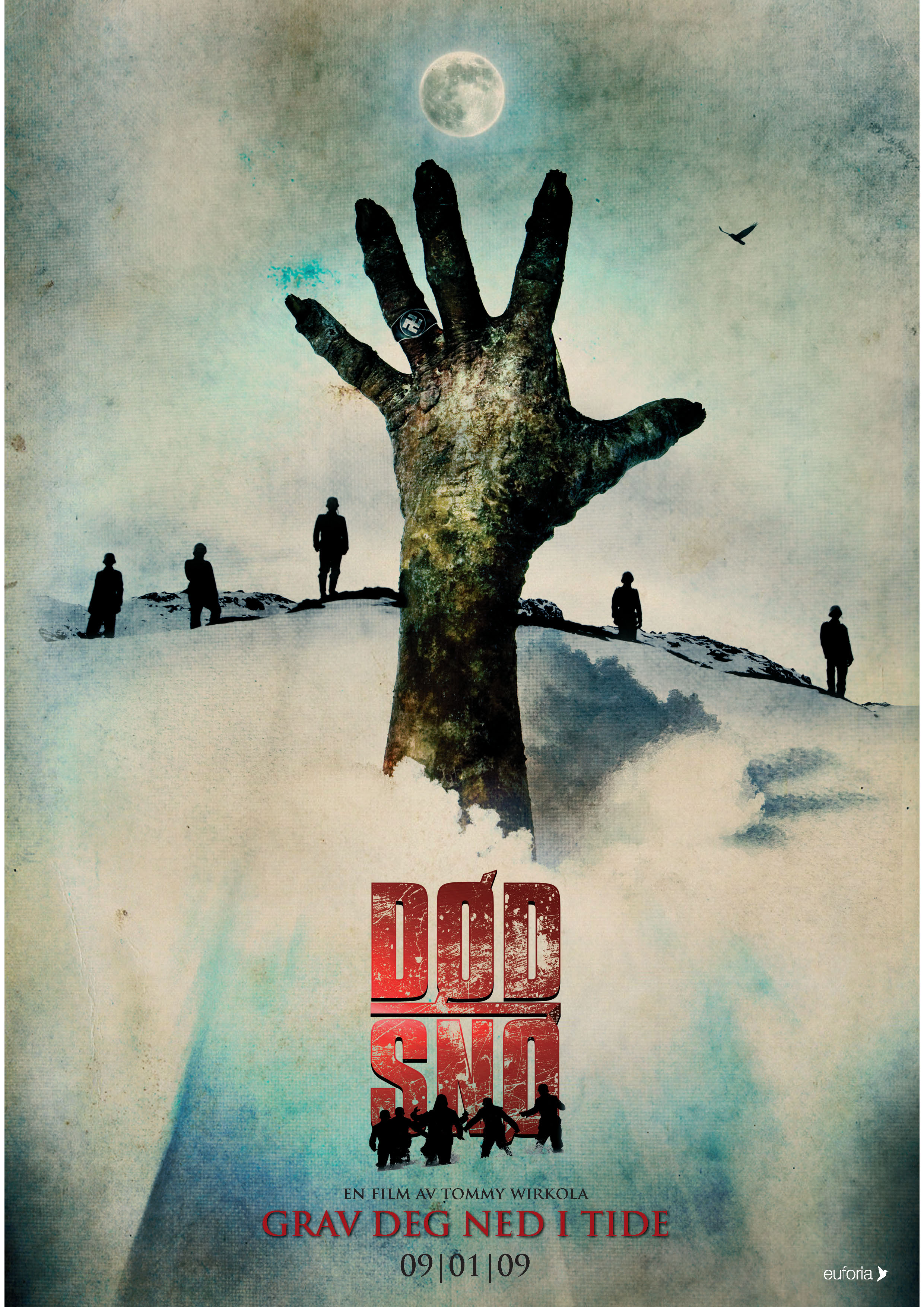 More about Dead Snow (2009) on Videopolis