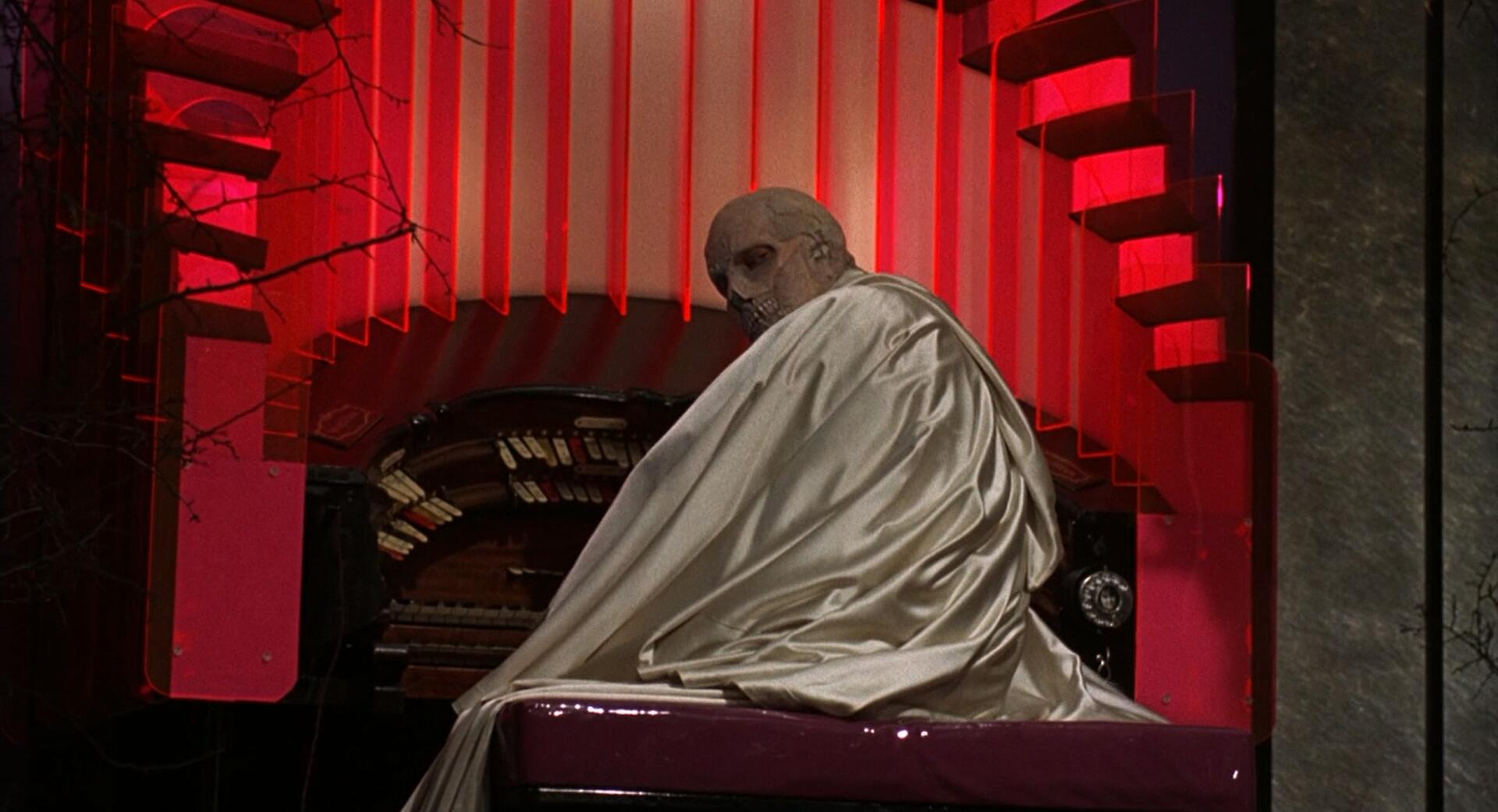 Even though Vincent Price lived on and continued acting for another 20+ years, one of his last great horror roles was that of Anton Phibes in the 1971 revenge thriller The Abominable Dr. Phibes, a gruesome old-school chiller that kids can enjoy as well as adults.

Although thought to be dead following an auto wreck, Anton Phibes has reconstructed his own body and secretly returned to London to exact revenge on the medical team that oversaw the death of his beloved wife, Victoria. With the help of his mysterious assistant, Vulnavia, Phibes stages a series of elaborate murders patterned after a Hebrew curse: boils, bats, frogs, rats, etc.

Great fun throughout, and smashing to look at, The Abominable Dr. Phibes is a perfect PG-rated segueway from classic Grand Guignol-inspired theatrical horror to a more modern sensibility. This movie is full of glorious production design and neat, whimsically eerie details, like Phibes' animatronic orchestra and Vulnavia's outlandish costumes.

Although known primarily for his sinister voice, Price has surprisingly limited dialog, as Phibes is only able to speak via mechanical contraption. However, Price makes the most of his second greatest asset: that haunted, sallow face that spells doom with just a glance.

Trailer for The Abominable Dr. Phibes (1971) 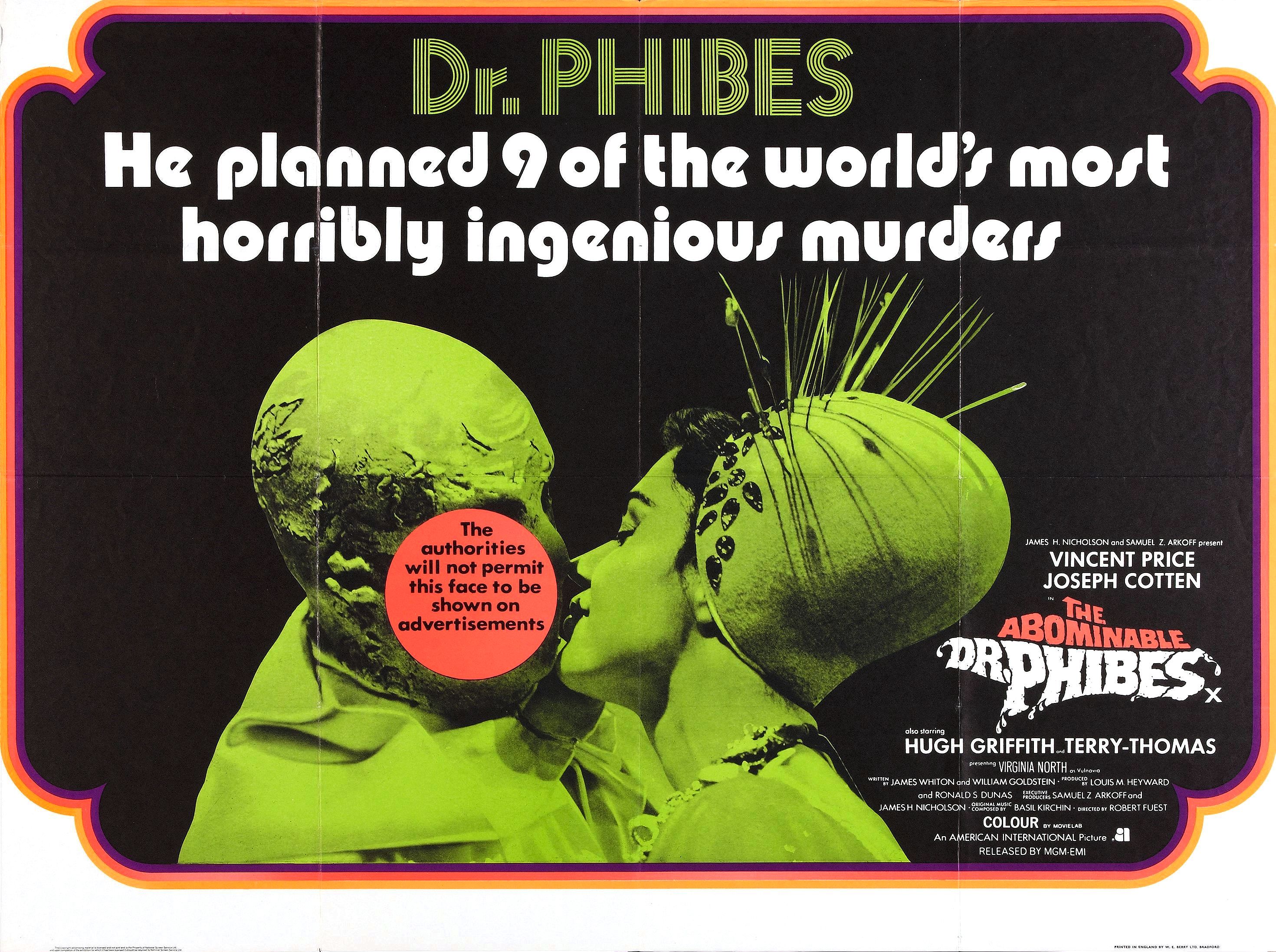 More about The Abominable Dr. Phibes (1971) on Videopolis