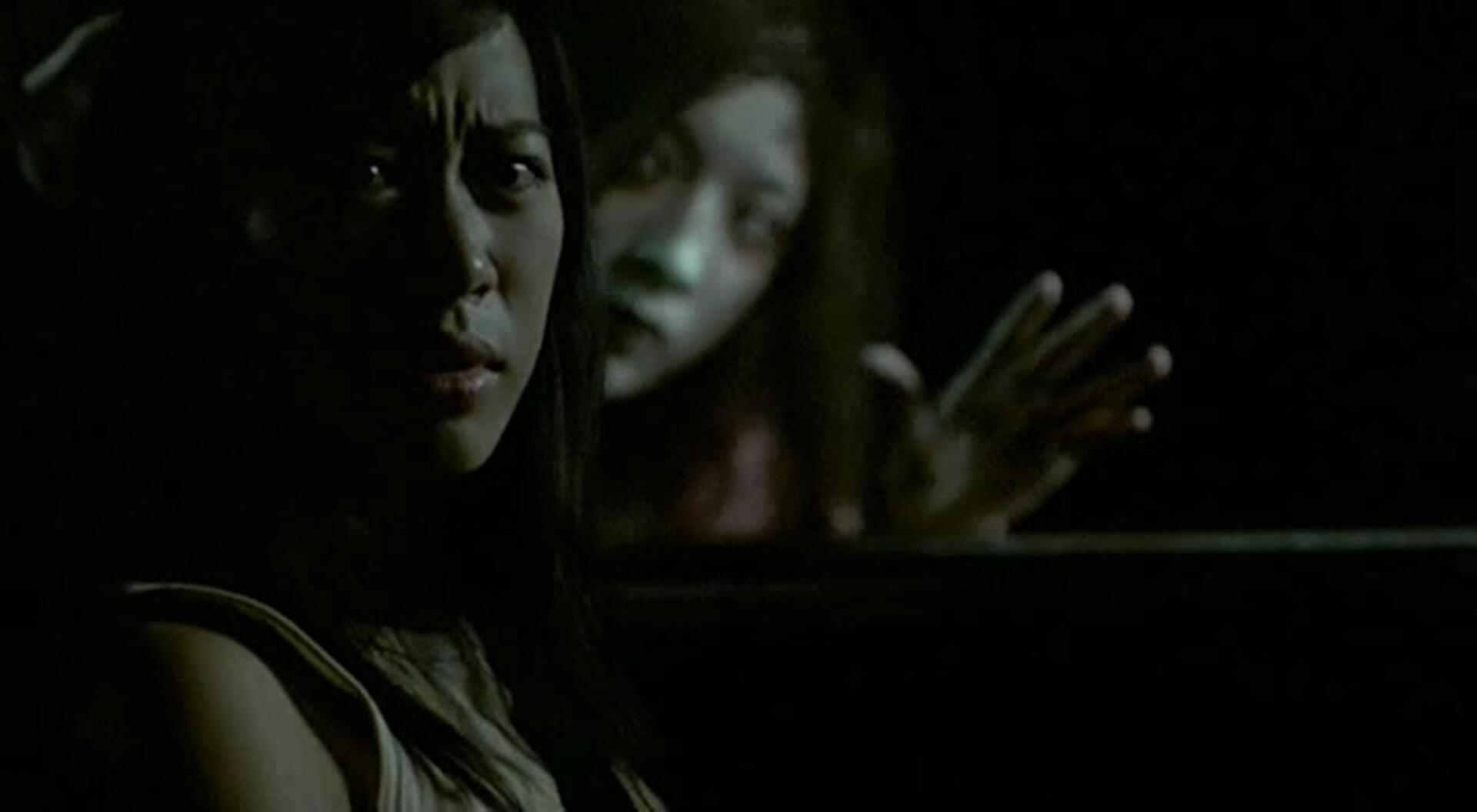 Following the popularity of the 1998 Japanese hit Ringu, Asian horror entered a very rich and productive era with some new very distinctive tropes at the ready. Thailand's first major contribution to this movement, the blockbuster Shutter (2004), is a surprisingly generic ghost thriller that does little more than regurgitate Ringu's look and feel without adding anything new or special of its own.

Shutter begins with a hit-and-run, after which strange artifacts begin appearing in pictures taken by Tun, a photographer, and his girlfriend Jane, the driver. What follows is pretty typical of Asian ghost movies from the period: a spectral girl with stringy hair in her face and bodily contortions, eerie visages appearing outside windows and in sinks, and convoluted twists and back-stories that presume to make sense of the supernatural occurrences.

Shutter is not badly made, it simply lacks personality. It is gloomy and dour to the point of near-parody and its characters spend most of their screen time staring blankly into space. Shutter's red herrings are cynical screenwriting misdirections that make little sense in retrospect, and, while the final reveal is interesting, the loathsomeness of some characters has by then detached the viewer completely.

The most horrific aspect of Shutter is how Jane is unable to kick Tun to the curb even though the movie begins with a display of low character on his part, and each reveal thereafter exposes him as a bigger and bigger douche-bag. Most of the men in Shutter are inexplicably despicable, but Jane is such a gutless moral cipher that the women don't come off much better. 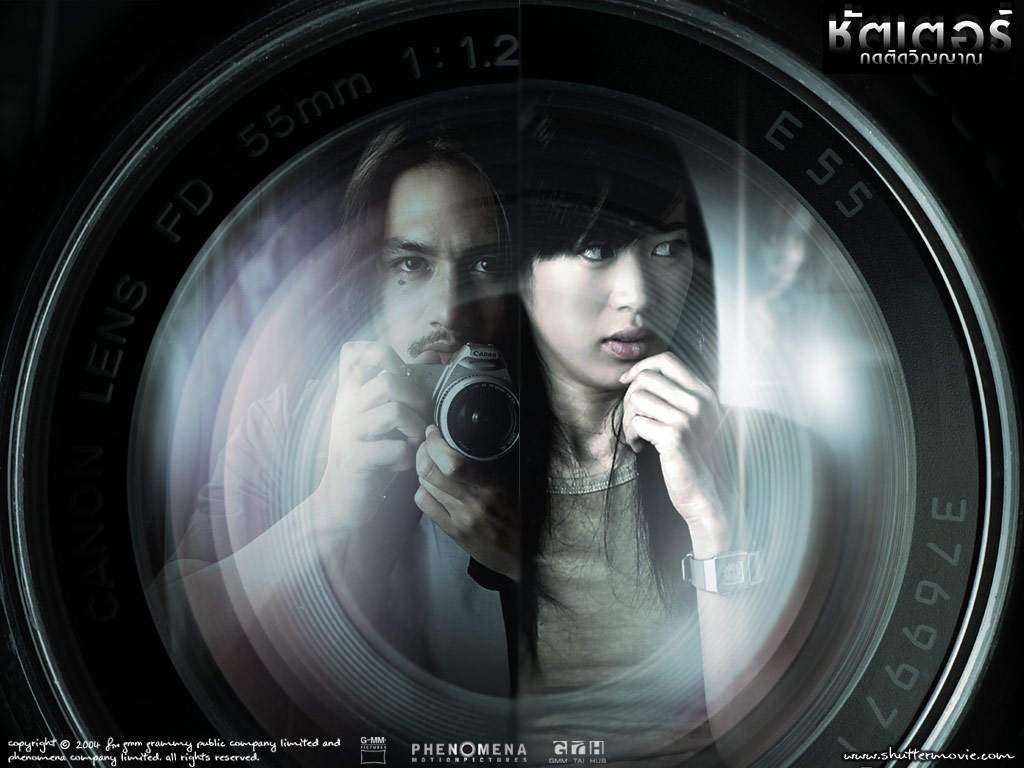 More about Shutter (2004) on Videopolis