Dennis Weaver stars as a harried businessman for whom a simple road trip becomes a life-or-death gauntlet when he runs afoul of a menacing fuel truck. the truck stalks, taunts, teases and attacks Weaver's small sedan, driving it driver to extreme ends.

With essentially only one human character, Duel is a remarkable feat, creating constantly escalating suspense and threat without ever widening its scope. It's the the Old Man and the Sea of road rage movies.

Some may complain that Weaver's emasculated character is whiny & helpless for too long, but waning masculinity was a major cultural subject in the early 1970s and Duel tackles it as effectively as any of its better known contemporaries, like Straw Dogs, Save the Tiger, and Deliverance.

Duel is pretty kid-friendly, but there is one mild bad word and early on a woman makes a flip reference to rape. 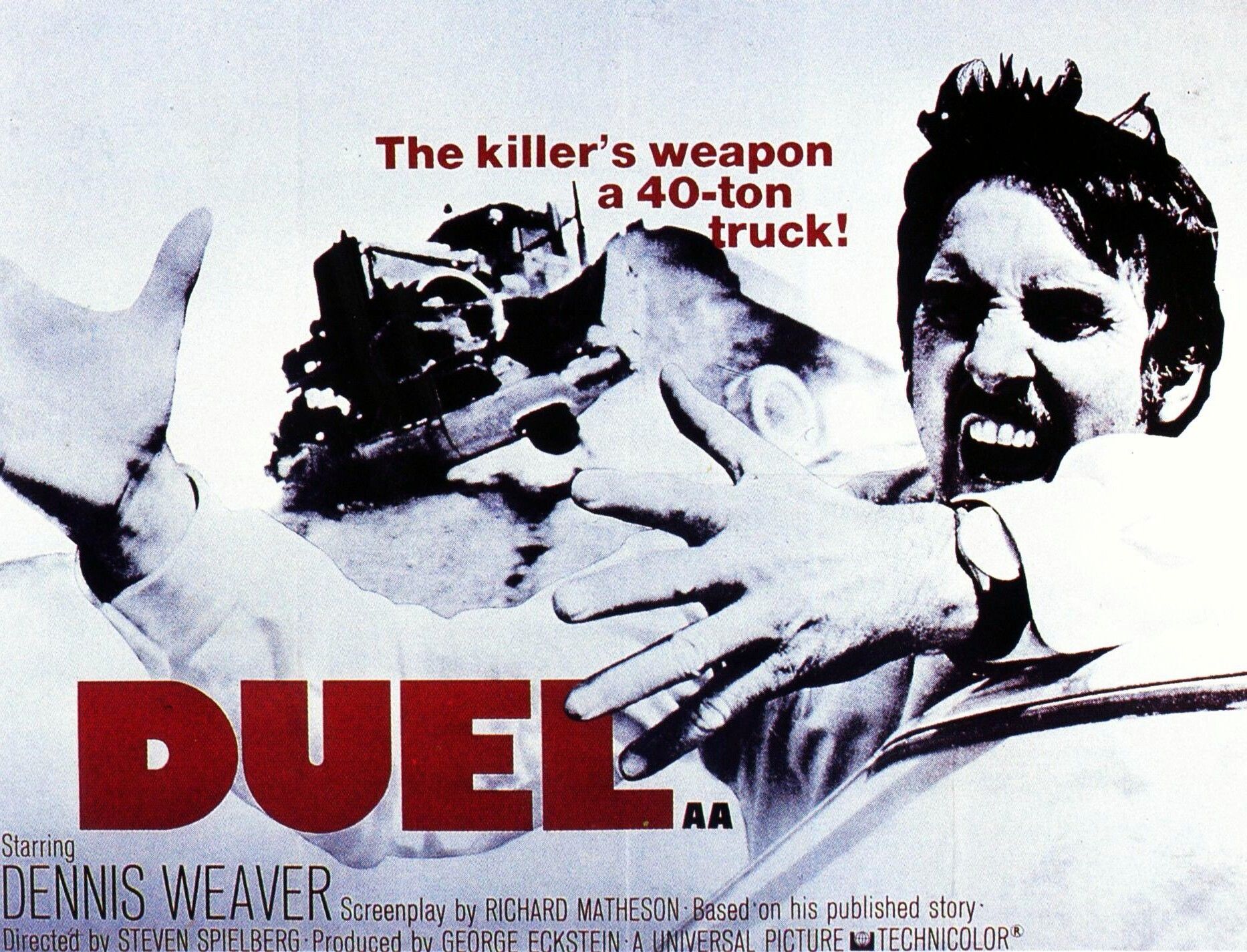