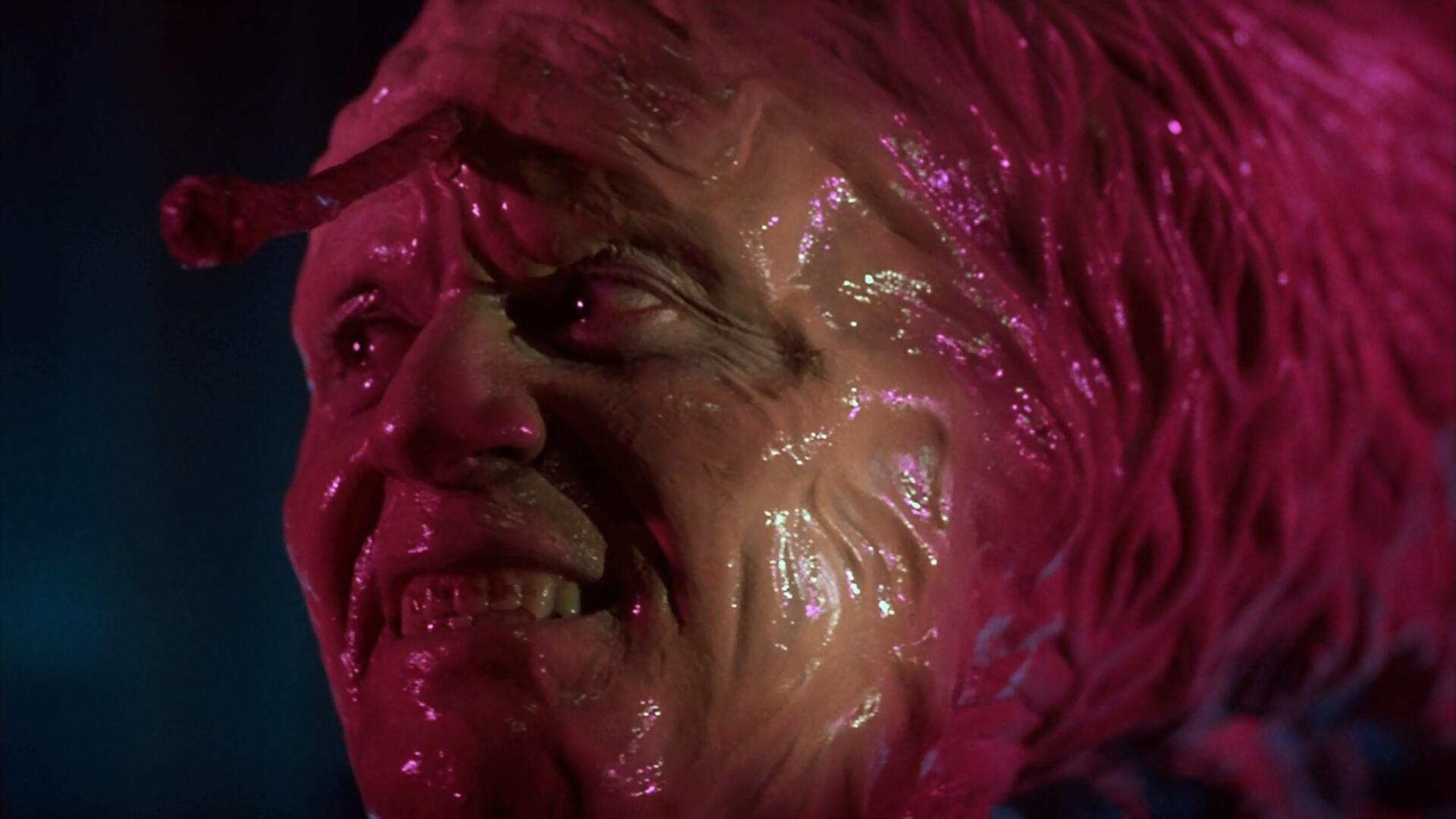 One of the hottest streaks in horror during the 1980s was director Stuart Gordon's back-to-back classics Re-Animator (1985) and From Beyond (1986). Both loosely based on H.P. Lovecraft stories, they are two of the best schlock movies from that decade.

Scientists create a device that stimulates a dormant gland in the brain, enabling humans to interact with creatures, powers and sensations from another dimension. This kind of this thing never ends up well, and the result is a darkly funny and extremely icky descent into a prolifically disturbed imagination.

The screenplay for From Beyond — written by Gordon, producer Brian Yuzna and Dennis Paoli — is laser-focused on the most gruesome implications of its premise and full of rich, memorable dialog delivered by fully committed actors giving their best performances. Re-Animator co-stars Jeffrey Combs and Barbara Crampton prove once again to be two of the best talents in the genre, with slimy but empathetic turns in yet another whacked-out gore-fest that has no right being as good as it is. Co-starring Ken Foree and Ted Sorel.

Gordon, of course, also directed the Octoblur-featured Dolls the next year, not quite maintaining his early pace — and sadly never caught up, even though he would revisit Lovecraft in 1993's straight-to-video Castle Freak. 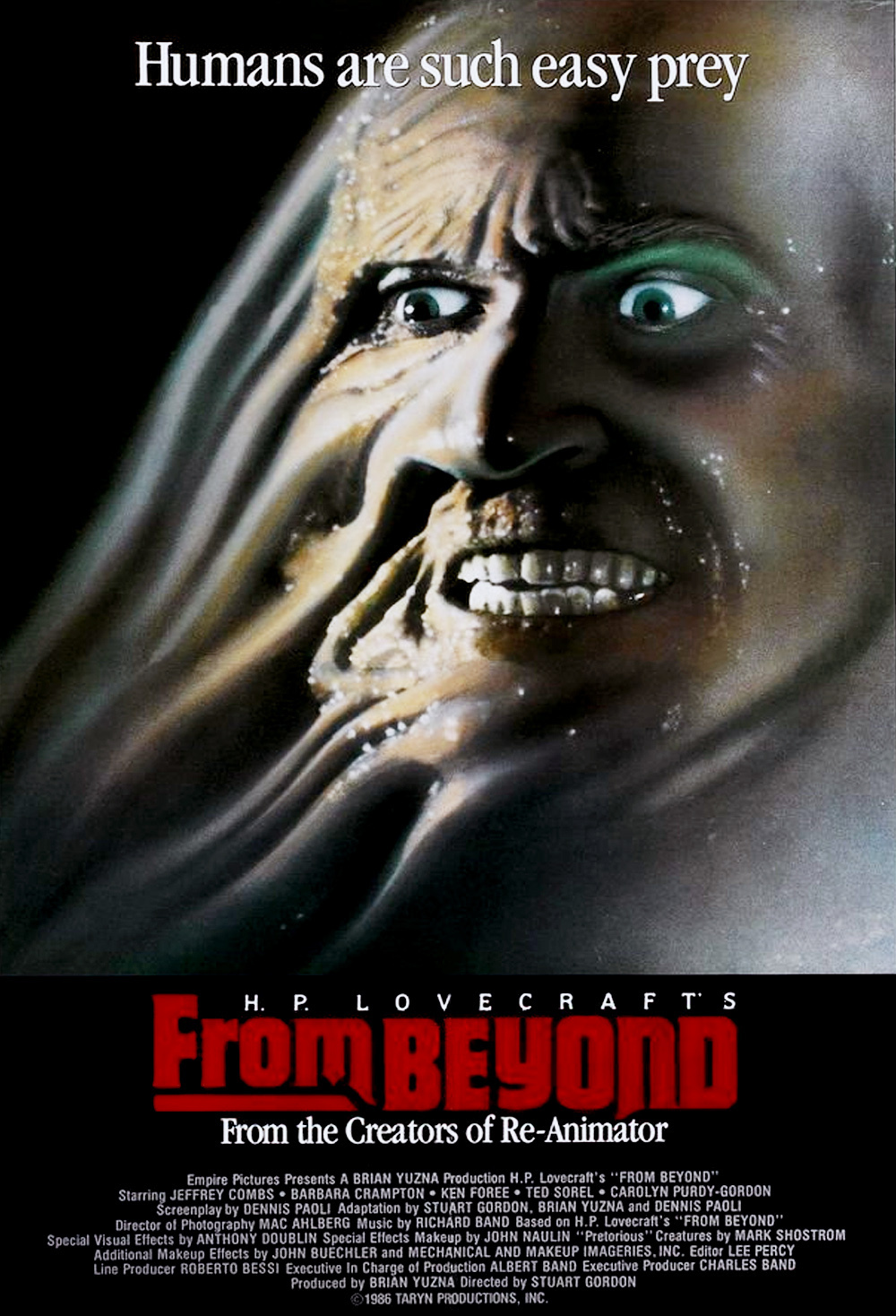 More about From Beyond (1986) on Videopolis