We close out Octoblur 2014 with Phantasm, easily one of the worst movies that I really like. A bizarrely lackluster mix of sci-fi and horror, it gets almost everything wrong in exactly the right way.

I'm not even going to bother summarizing the plot of Phantasm. It has something to do with aliens using a funeral home as a front for enslaving humans on their home planet. I think. It's not one of the more coherent narratives.

Anyway, what makes Phantasm so fun and compelling is the dreamlike quality it achieves via pitch-perfectly bad acting, editing, shooting and writing. It's kind of like a movie made by Bizarro-Kubrick, with a horrible cast badly underacting terrible lines in underdeveloped scenarios.

The shooting and editing fail just enough at creating anything believable, that Phantasm squarely occupies that eerie "uncanny valley" between real and fake. I'm sure some fans of this series will claim that this is intentional, with director Don Coscarelli successfully constructing a surreal masterpiece, but I'm not convinced. I have yet to see any of the many sequels, but Coscarelli went on to also direct The Beastmaster and Bubba Ho-Tep, neither of which display mastery of any sort. 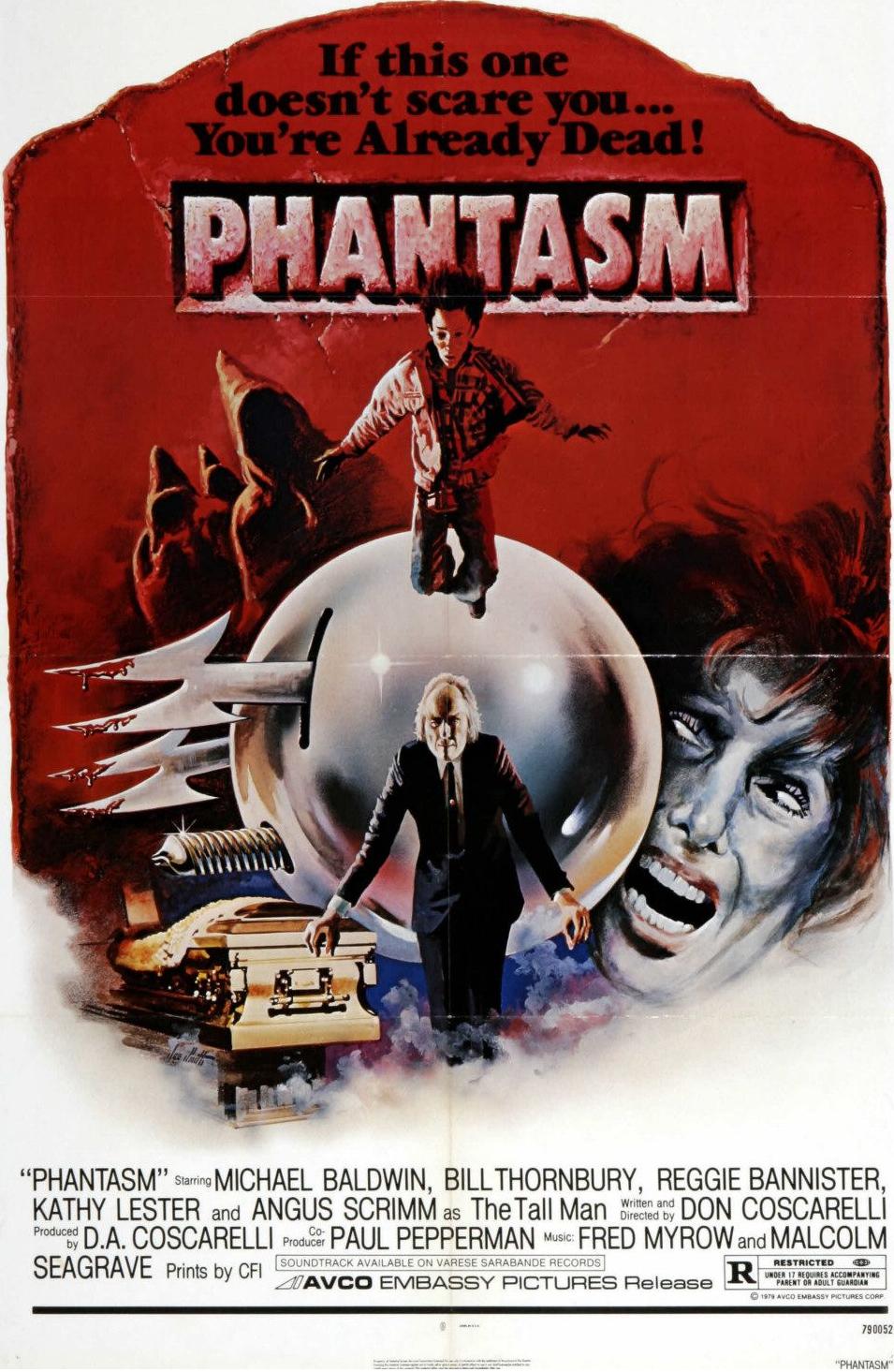 More about Phantasm (1979) on Videopolis