You carry Hell with you at all times.

The Turkish horror movie Baskin is a well-crafted creep-out that manages somehow to be simultaneously fresh, derivative, impressive and mildly disappointing.

Director Can Evrenol expounds on his 11-minute 2013 short — which maybe explains why Baskin sometimes feels long at a mere 97 minutes — with the surreal tale of a group of boorish police officers who become ensnared in a Hellish trap. There's meat, frogs, gore and torture (but, thankfully, for once, not a young woman being lasciviously tortured by a freakish man), and Baskin gets intense enough that casual viewers might find it tough to stomach. For die-hard horror fans, there's as much to really like as there is to feel slightly let down by.

Despite its obviously low budget, Baskin never looks cheap; Evrenol exhibits terrific control and vision in nearly every scene, building a confidently unsettling atmosphere throughout, and tapping into a few incredible moments of striking imagery. Less satisfying is the story, which sometimes feels like it's stretched too thin or grasping for purpose, and includes too many moments of obvious "homage" (Goodfellas, the Blair Witch Project and other movies are conspicuously referenced in ways that uncomfortably recall Turkey's dubious history of cinematic plagiarism). Baskin's strongest scenes occur when Evrenol just lets his characters explore the grim landscape of his disturbed imagination, including an extremely unnerving tour of a suspicious building.

Despite its lack of total success, Baskin gets under the skin enough to make Evrenol's next movie one well worth anticipating. 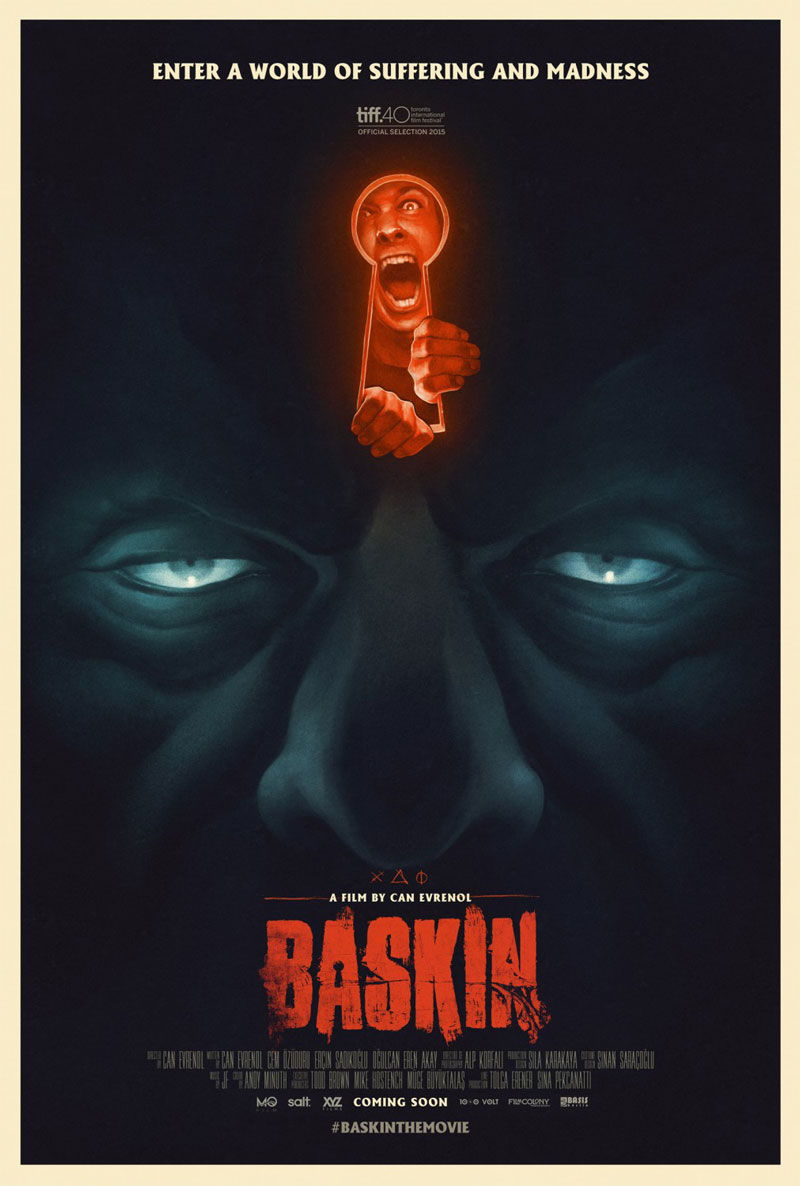