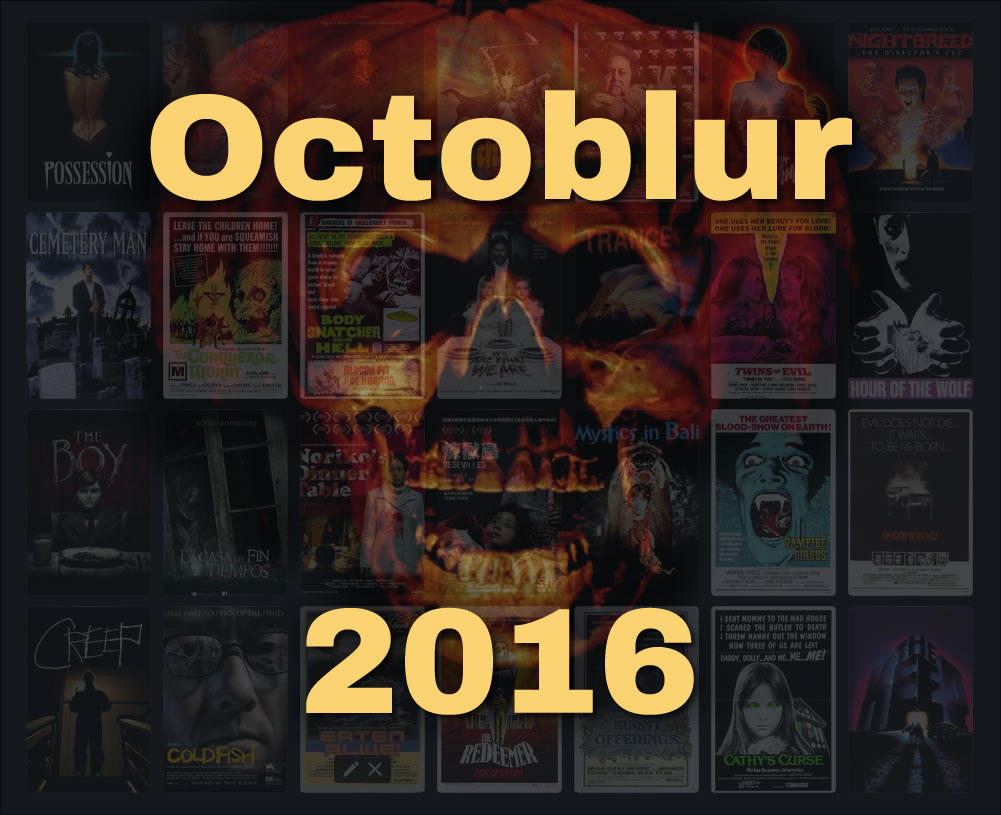 It's time for yet another unrelenting blur of horror movies, from October 1st to 31st. I have a list at Letterboxd with some of my ideas for what to watch, but I don't go into Octoblur with any specific plan except for fear, screams, fangs, blood, ghouls and exhaustion.

Stay tuned here, on Facebook, and on twitter @Popgap to see what I choose to inflict upon myself this Octoblur!

Here are my Letterboxd lists for previous Octoblurs: