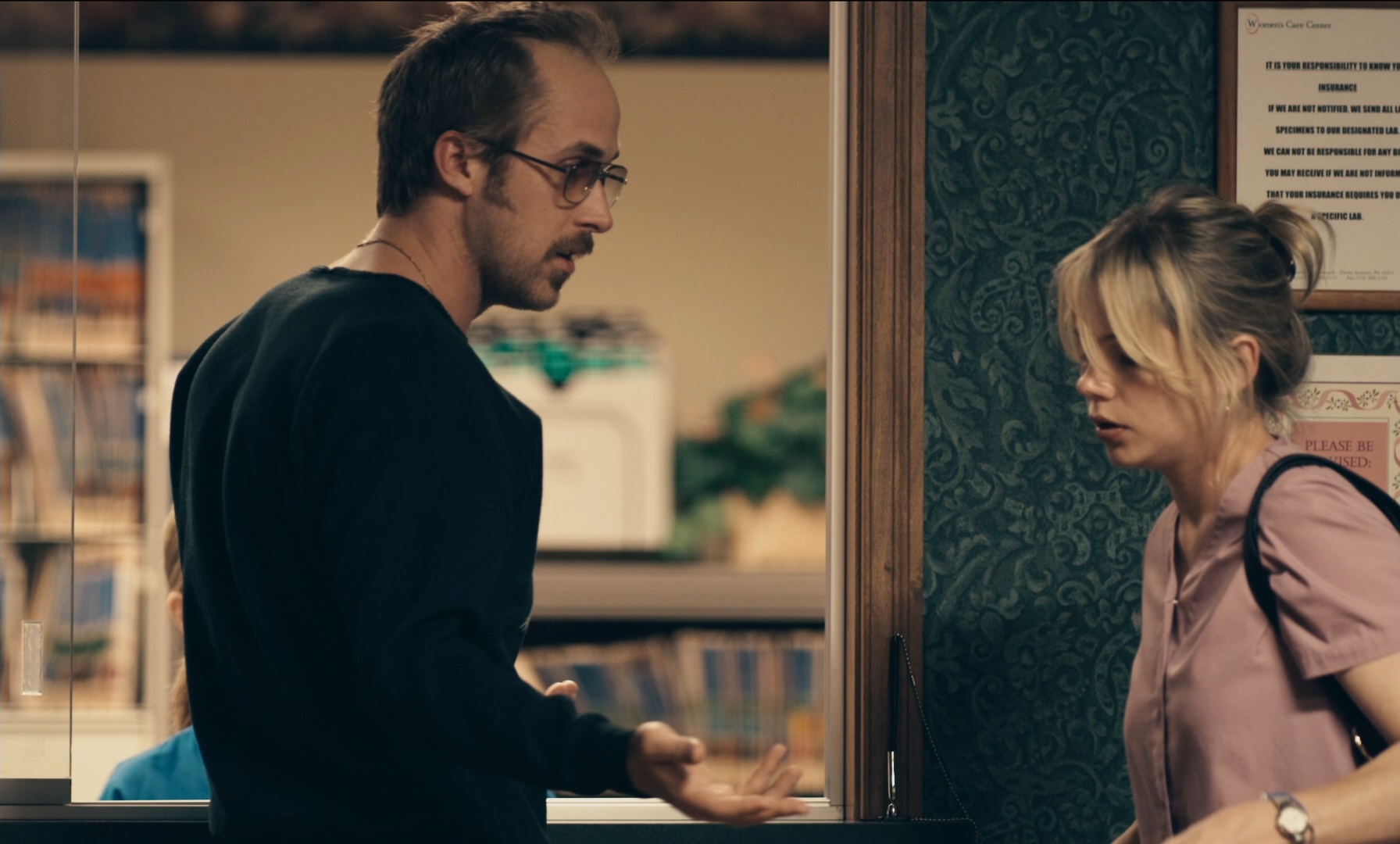 I feel like I have a pretty generous attitude toward "mumblecore" — the largely DIY movie genre that is typically low on plot and heavy on improvisation. I like naturalistic performances and the cinema verite aesthetic, and find that very little needs to happen for me to enjoy one of these movies, as long as the characters are interesting and realistic. These movies usually live or die based on the strength of their actors, so it's pretty surprising that star Ryan Gosling is one of Blue Valentine's biggest problems.

Blue Valentine juxtaposes the sour, fitful dissolution of a marriage with the courtship that began it. Gosling stars as Dean, an off-beat and aimless Brooklynite, and Michelle Williams as Cindy, an attractive nurse whose poor young adult decision-making sets her on a path she lives to regret. This is the kind of lo-fi subject matter that mumblecore is well-suited to explore, but neither Gosling nor writer/director Derek Cianfrance seem to have a handle on the basics of human interaction. There is a real "worst of Cassavettes" vibe at work in Blue Valentine, as Gosling seems to be more interested in feeling and arguing than playing a realistic character. He's all hearing and responding, with no listening. This could be explained as a character choice, but only if his character is an alien yet to learn how humans communicate.

The take-aways from this exchange are that:

Gosling seems to think that improv is merely arguing with any word the other character says. Another trick he uses, that further indicates how lost he is in this style, is simply repeating the same sentence over and over and over in a single conversation. He faithfully replicates the natural style of the great method actors of the 1960s and 70s, but most of what he says is nonsense. If this is a character choice, then Dean is simply insufferable, and I'm hard-pressed to feel empathy for a woman who was so easily seduced by this inanity-spouting hipster caricature who carries around a ukelele and has so little respect for her privacy that he bullies her into divulging a secret by climbing over a fence and threatening to jump off a bridge. This isn't human behavior, this is actor showboating, or sociopathy, or both.

I would've suspected that Cianfrance merely failed to control his actor, but there's an equally ridiculous, over-the-top scene not involving Gosling at all, in which a grown man throws an inexplicable and unintentionally hilarious hissy fit at a dinner table, suggesting pathological rage and control issues. (Dean and Cindy later use him as a babysitter, naturally.) In every other scene, this character is unnaturally passive, suggesting an overall lack of coherent vision from Cianfrance beyond encouraging his actors to emote like zoo animals at their whim.

Williams, bless her, tries to keep this movie grounded, and gives the movie a bright spark, but it's a losing battle, both for her as an actress and for her beleaguered character. There's no way it can end well, and it doesn't. This movie works perfectly as a big, blinking warning sign to young women: "Don't Get Seduced By Idiots. They Don't Stay Cute Forever."

It is now with more than a little trepidation that I approach yet another Cianfrance/Gosling team-up on this month's PopGap list: A Place Beyond the Pines. Hopefully, they had a script for that one. 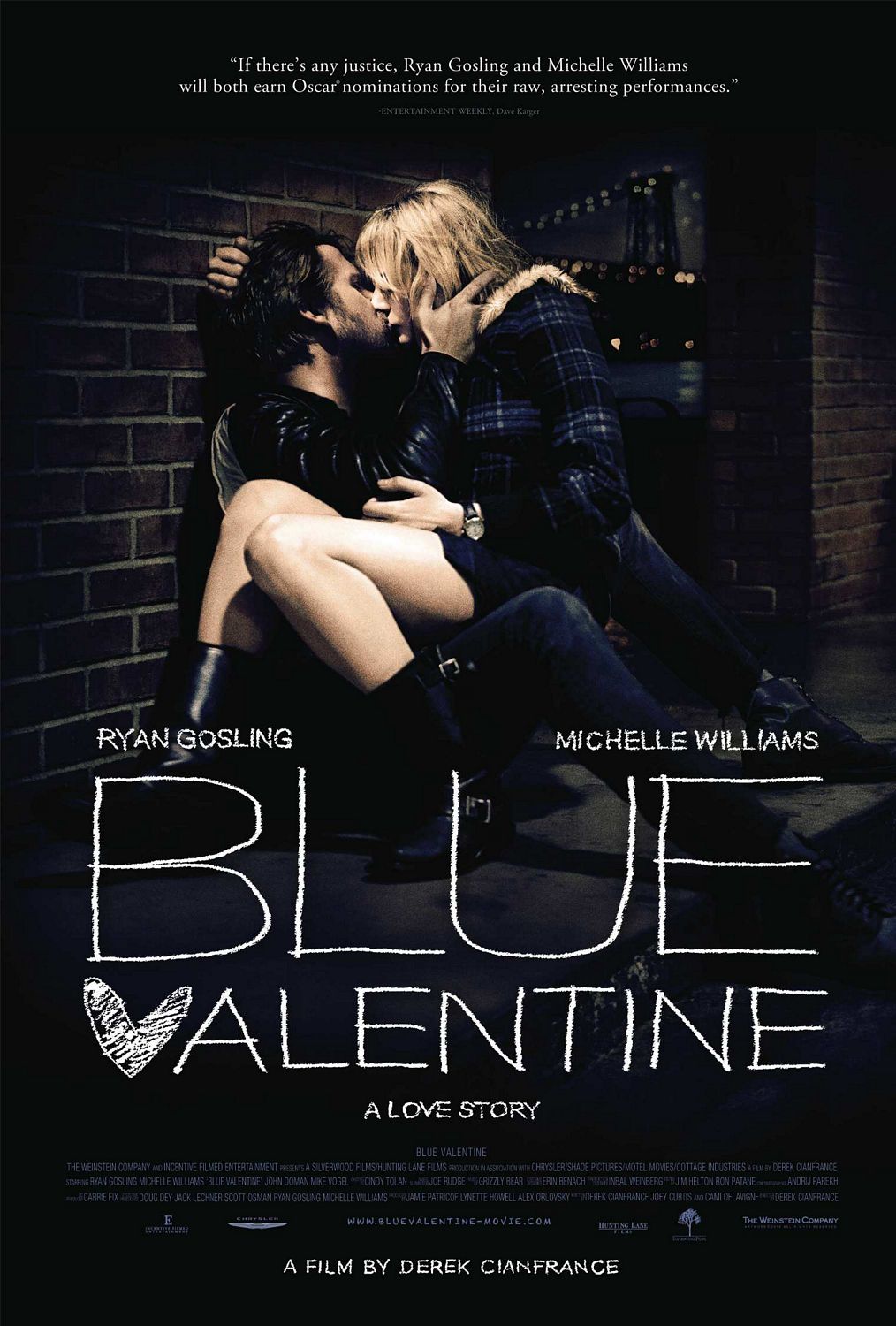