Directed by Tom Tykwer, The Wachowskis

I watch a lot of crap and can usually find something to like in most crummy movies. I've given pretty harsh reviews this month to Warrior, Shame, Blue Valentine, Snowpiercer and A Place Beyond the Pines, each of which I found frustrating and sometimes even maddening. However, all of them were watchable. Despite my cruel words, I rated them on IMDb in the range of 4-6/10, which covers the spectrum of mediocrity. I wanted to like these movies, even though I suspected a couple of them weren't my bag. I was interested in them, but reticent. They all disappointed me, because I expected more quality, but they weren't awful.

However, sometimes a movie lives down to my low expectations. I can't say I ever would have watched Cloud Atlas if it hadn't showed up on this or some other PopGap list. It sounded to me like a personal nightmare: a 3-hour long sprawling sci-fi epic, using gimmicky casting and challenging narrative techniques to illustrate supposedly profound insights, from hyped-up filmmakers that have a sub-par success rate with me. But I made a commitment to watch the Top 20 movies I had missed so far from this decade, as rated by the users of Flickchart, and, removing a few movies not yet available on home video, Cloud Atlas nudged its way in at No. 20. I put it off this month until the final three, but finally faced it. I believe my mind was open.

I hated this movie.

I hated this movie not in the fun "ooh-this-so-dumb-it-is-getting-me-riled-up" way. I hated it in the "I-don't-care-about-any-of-this-why-is-it-taking-so-long-for-nothing-to-happen-how-can-all-six-stories-be-equally-boring" way. There was barely a moment during Cloud Atlas' 171 minutes which I found interesting in any way. It was a complete bore, from start to finish. Visually it was fine, but that rarely compensates for me when I am not engaged in the story; and I didn't think the visuals were outstanding. I thought they were overall too artificial, this movie reeked of artifice.

I like many of the actors involved, particularly Jim Broadbent and Doona Bae, but I found them completely isolated from me in stories that seemed like half-realized extrapolations of cliches wrapped in a puzzling stylistic concept to hide their deficiencies. I've enjoyed movies in the past that use some kind of narrative trick to inform the story with a greater meaning, but it works only rarely, and not here.

I'm not a fan of the Wachowksis. I think their overall worldview is alien to me, which makes me a tough sell. The Matrix put me to sleep, twice. I really liked V for Vendetta, but I'm going to attribute that to director James McTeigue (even though his next movie was the awful Ninja Assassin). I liked two of Tom Tykwer's movies from over a decade ago, Heaven and Run Lola Run, but I didn't love them. Maybe this creative team just didn't have the cache with me to entice me into this silly world they've created.

I think, overall, the style of Cloud Atlas was far too broad to serve a meaningful message about human cycles of oppression and rebellion, its characters were too one-dimensionally constructed as vessels for the movie's themes rather than as agents in stories that could stand on their own, its themes were at once too big for the filmmakers to grasp and yet too simple to be interesting, and the structure of the movie was too complex to forgive its flaws.

I'll give it 3/10 for Doona Bae alone. I even hated Jim Broadbent by the time it was done. This was a real downer way to spend 3 hours. 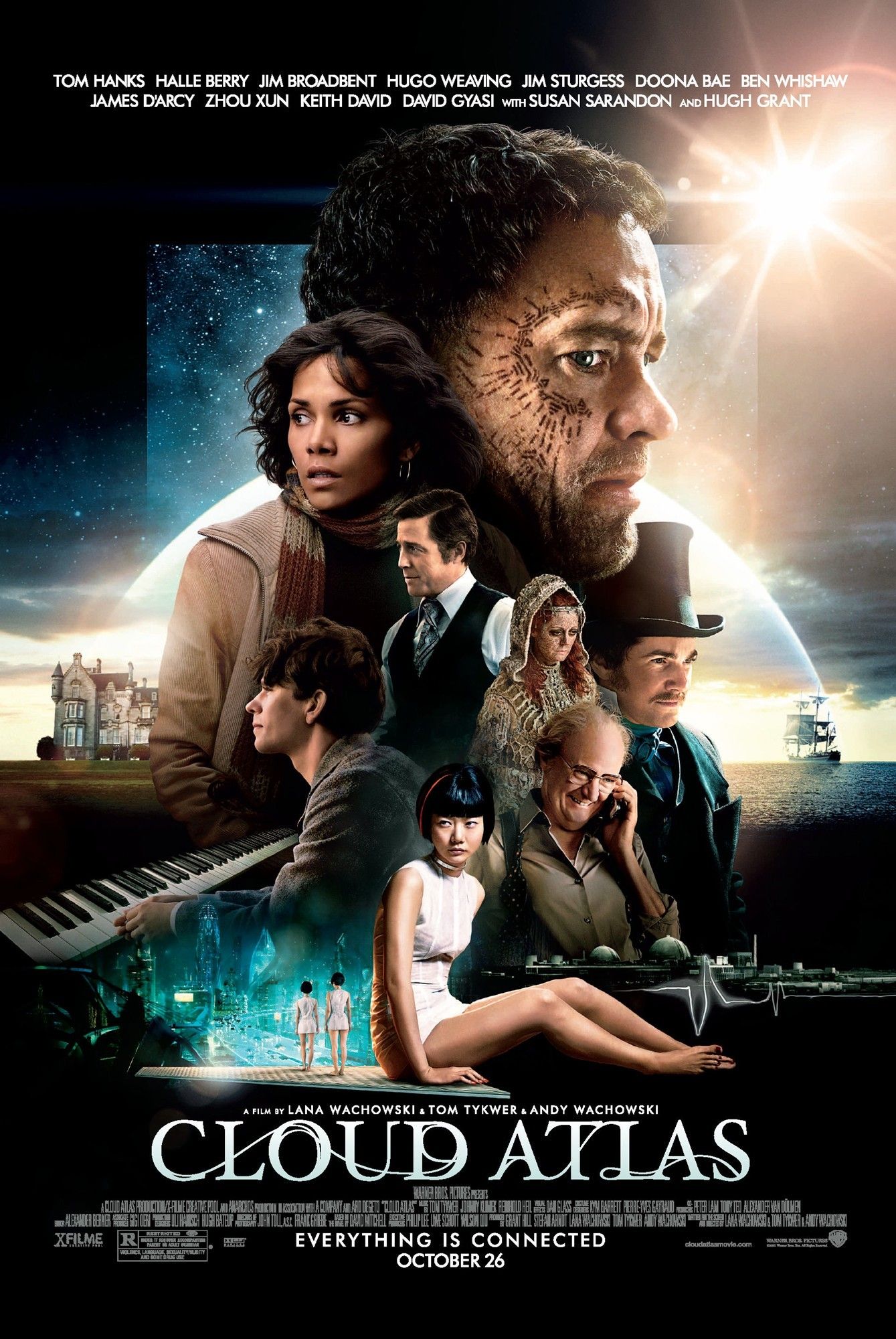