Interstellar is the second highest rated movie in this month's PopGap list, according to Flickchart users, but the movies of Christopher Nolan are a mixed bag to me. I thought Inception, which Flickchart users have ranked as the best movie of the decade so far, was dull and that its concept was pretty dumb. But worst of all, it was cold, and the human drama in it was very artificial and remote.

For completely opposite reasons, I really hated the first half-hour of Interstellar. It seemed all-consumed with an insecure need to impress upon me how full of wonder and sentiment it was going to be, like a huge-budget telephone commercial. Once Cooper (Matthew McConaughey) stopped spouting wistful nonsense and finally went up into space, it became less cloying and indeed delivered the emotional spectacle it had promised, if not the intellectual one.

I'm not entirely convinced by Interstellar's story, in which Cooper, a pilot-turned-farmer in a bleak future, must leave his family and embark on a NASA mission to investigate possible inhabitable planets in another galaxy as a refuge for humans fleeing from the increasingly hostile Earth. Because this mission involves traveling through a wormhole, time relativity means that a few hours to Cooper and his fellow explorers is equal to several years on Earth. They are racing against separately spinning clocks to complete their mission in time to save their species.

Even with all the eventual, convoluted explanations, the initial coincidences that fire Interstellar's jet are irksome to me, and the entire plot is ultimately built on shaky, self-negating time-travel paradoxes that will never have a satisfying answer. I also have an allergic reaction to sentimentally charged doomed-Earth scenarios. I like my post-apocalypses dry and mean, featuring snarling mohawked savages, so that was a barrier for me. Yet, the movie sucked me in, to an extent.

The relationship between Cooper and his daughter, first played brilliantly by young Mackenzie Foy and later by the typically excellent Jessica Chastain, is a strong foundation and overrode some of the more critical system errors. the specifics of the mission are intriguing and very well realized by Nolan, who does a good job balancing the action, suspense and human interests in a way that makes this literally far-fetched story believable.

There is, however, also some poorly contrived suspense and a little heavy-handed anti-human symbolism. Further, I have qualms about the fifth-dimensional climax (not the least of which is how creepy it is that a father is able to view his tween daughter's bedroom at any moment throughout time). It's all very well visualized, but it also distances the story from its relevance to us simple three-dimensional folk — as well from the outer-limits of logic. Earlier in the movie, Cooper is outraged by the implications of some hidden machinations, and I daresay Nolan, on a much smaller scale, pulls the exact same trick on the audience.

I liked Interstellar. It's an experience that is at least momentarily fulfilling. To be honest, though, just a few days later I'm not finding it very memorable. I can't settle on whether it will benefit or suffer from repeat viewings, but given its length and portentous self-regard, I don't know if I'll ever muster the motivation to experience it again. 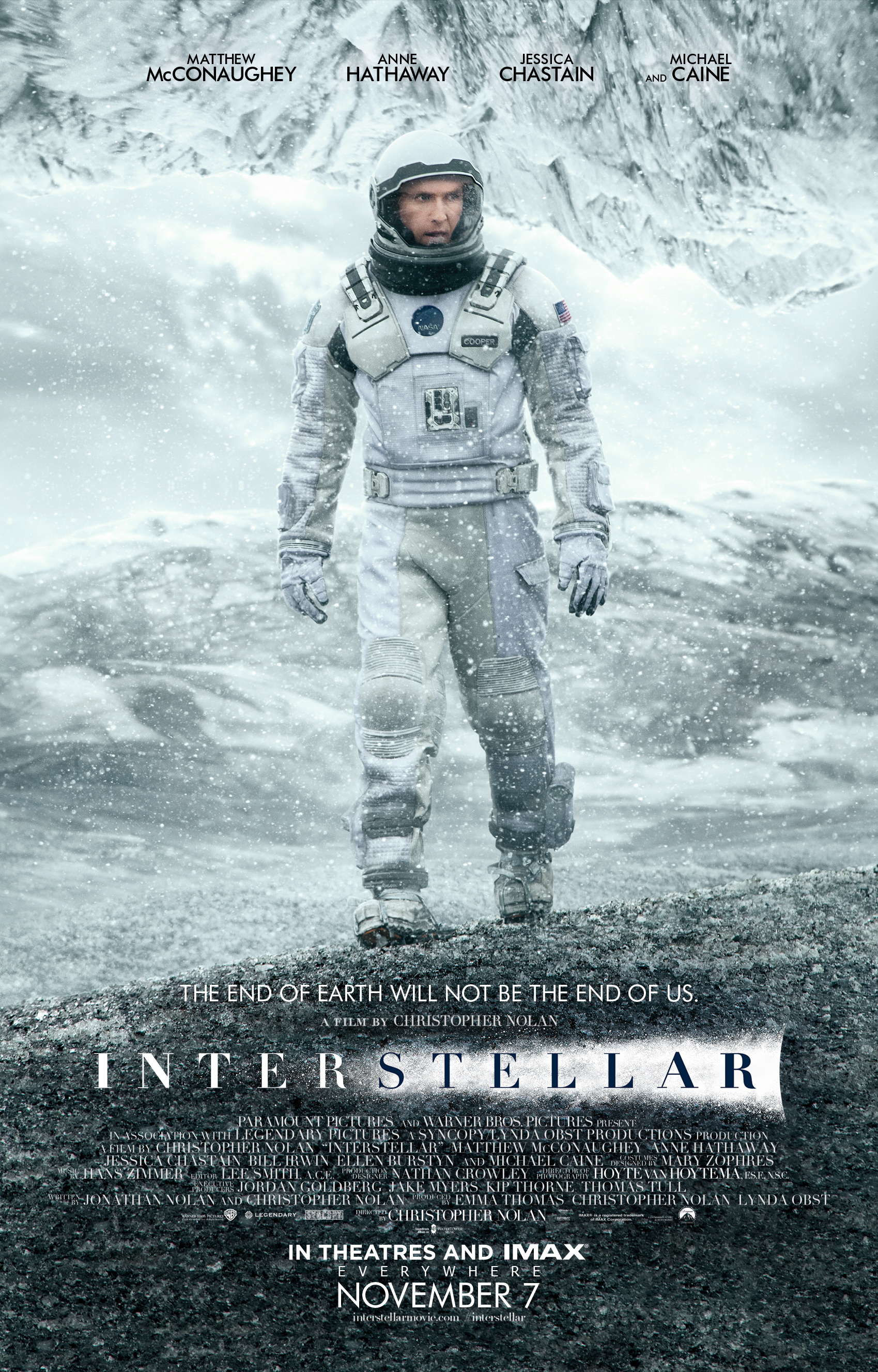