The purpose of starting this PopGap project was not an excuse for me to piss on beloved titles, but there are bound to be a couple of movies every month that my intuition told me to miss for very good reasons. Amélie is one of them.

I've now seen the first four feature films by director Jean-Pierre Juenet, and I've disliked them all. the worst received of these four, Alien: Resurrection, is, IMO, his most palatable. The others are deeply loved, but whatever it is he does that makes his movies uniquely his bothers the mother-lovin' crap out of me.

Amélie is lonely and weird because her mother was crushed by a piano and her father never hugged her. As an oddball introverted adult she finds convoluted ways to make contact with other people. I imagine that the way I feel about Amélie is similar to how people who hate Wes Anderson movies — which I mostly like — feel about his films. Juenet, to me, is like Anderson but without the intellect, precision, vision, point-of-view, or humor. I am not engaged by Juenet's particular quirky style or his saccharine sentimentality, so what begins in Amélie as a series of annoyingly wacky tics quickly becomes extremely boring, as they are inseparable from the story.

For me, getting all the way through Amélie was torture. Even though Audrey Tatou was pretty cute throughout, I found her character insipidly arch, and I wanted to punch the screen every time Juenet cut to a high-angle close-up of her making one of her muppety smiles.

At the beginning of this month, I thought that Amélie might be the dark horse that would win me over despite my reservations. It didn't. Here's my anguished Twitter stream while enduring this movie:

Put off watching #Amelie because it looked too quirky. I may have underestimated it. First 15 mins are excruciatingly "fun." Woe. #Popgap
Who is scarred worse? #Amelie from her weird childhood, or me from watching 15 minutes of this movie? #Popgap
Doesn't surprise me to dislike #Amelie I've always found director Jeunet's style overbearing, characters plastic and stories insipid #Popgap
I love many French films, but the adoration of #Amelie & #Intouchables from last month's #Popgap is baffling to me. Too cute & sentimental.
#Amelie is like a remake of Forrest Gump as directed by Wes Anderson, but it turned into a sappy episode of Malcolm in the Middle. #Popgap
Audrey Tatou is supercute in #Amelie but why is camera always two inches from her face? I'd like to see her play a human being. #Popgap
#Amelie has gone from unbearably wacky & precious to deathly boring. Somebody tell Jeunet high angles are no substitute for ideas #Popgap
Is there really a whole hour left in #Amelie ? Ugh. Makes me wonder why I #Popgap There's usually a reason why I skipped these movies.
I can see why people love #Amelie - Colorful & quirky & bubbling w/romance & magic. I found it excruciating and dull. Not my taste. #Popgap 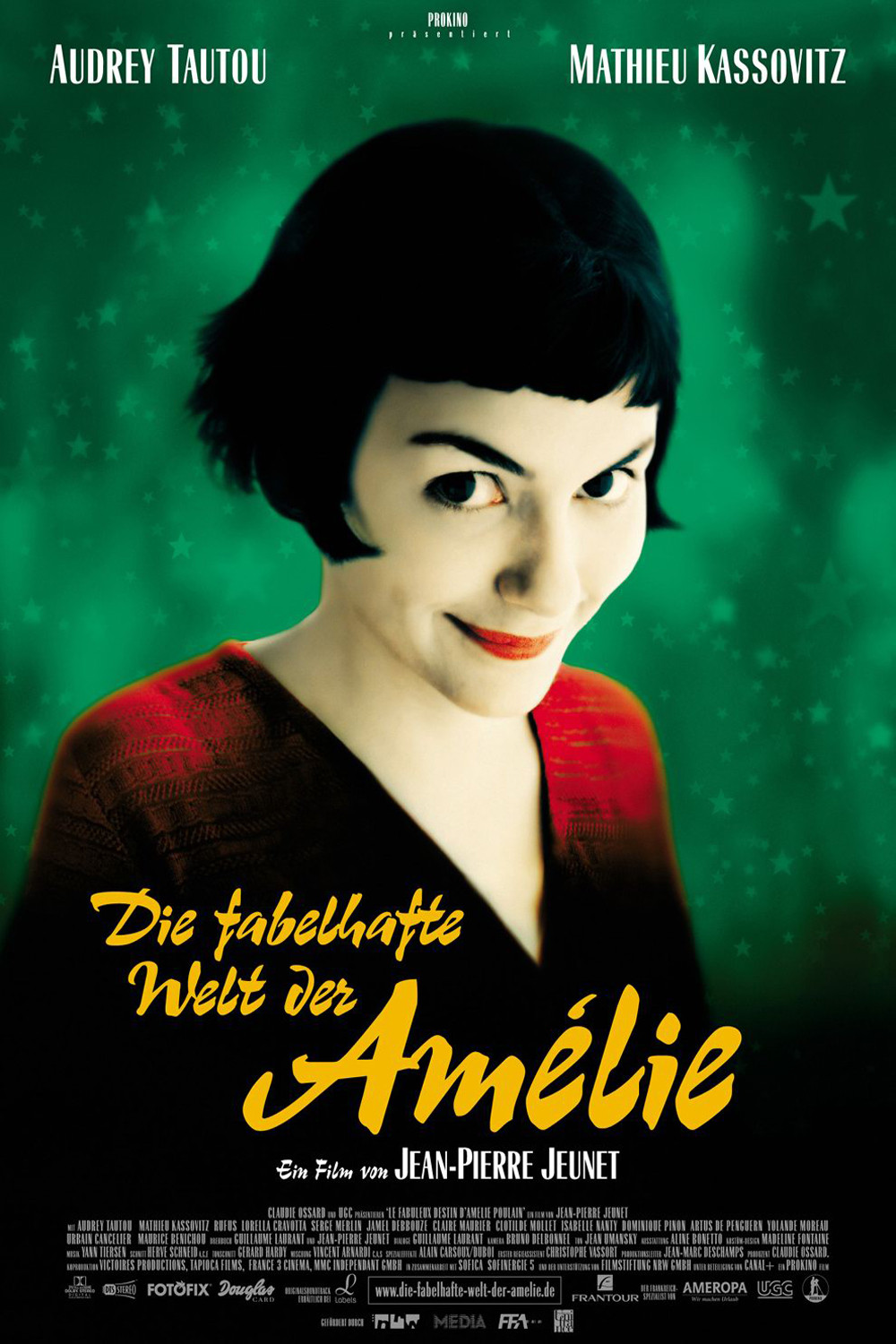