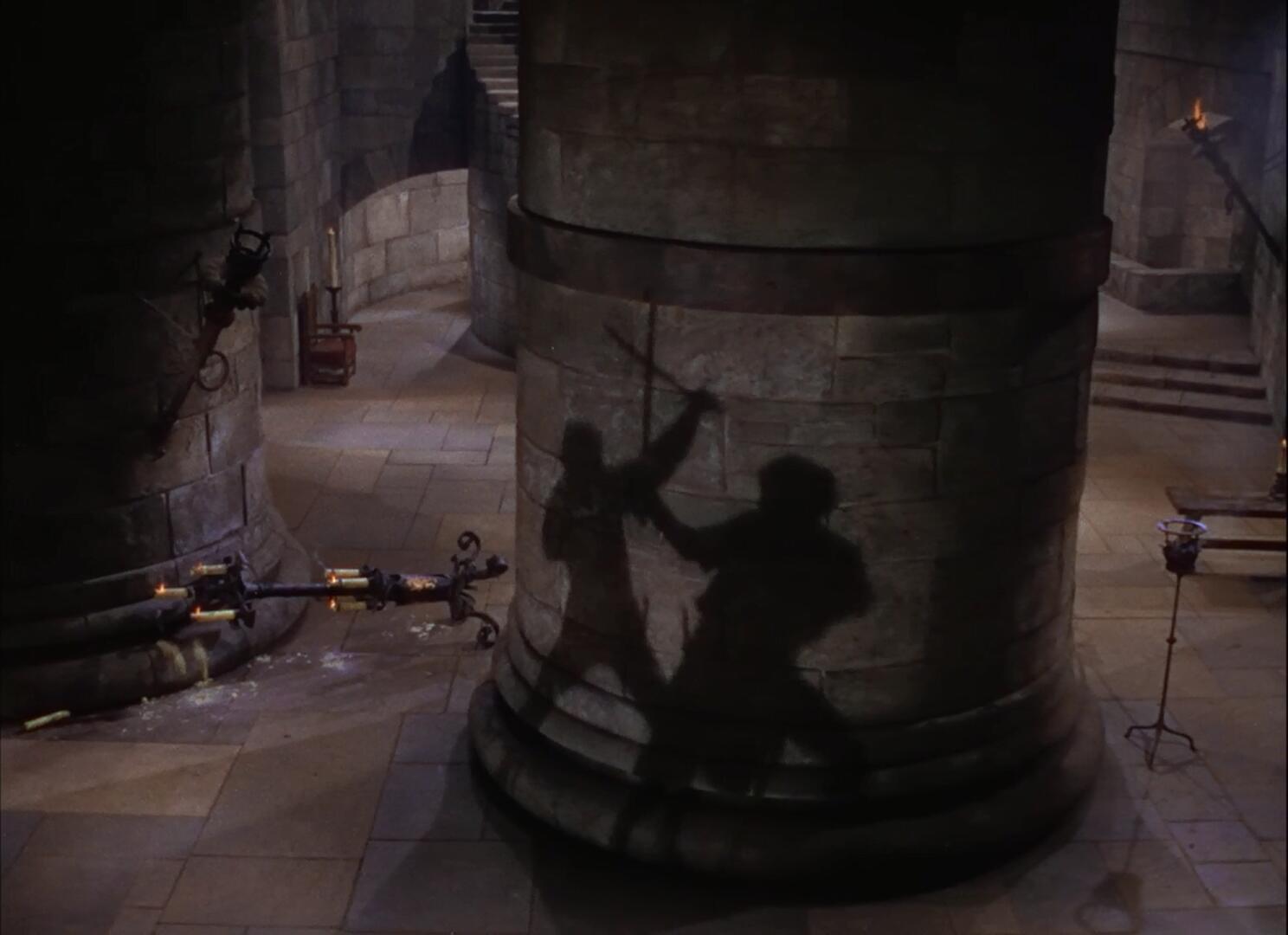 The Adventures of Robin Hood

The Adventures of Robin Hood: Reviewed

I saw this once in the early 1990s at repertory cinema. the print was awful, the audio was scratchy, and I think maybe they showed the reels out of order. I did not enjoy the experience. Now that I've watched a bright, nearly perfect HD transfer, I can see the appeal — especially during the terrific sword-fight at the end — but this movie still has a fundamental problem: Erroll Flynn's Robin Hood is a terrible character.

I like complicated characters, even as heroes. the title character in The Adventures of Robin Hood is as uncomplicated as possible: he grins; he prances; he fights villains who barely fight back; he's full of himself; and he's a horrible, smug jerk who somehow still engenders loyalty and wins the girl.

Directors Michael Curtiz and William Keighley hit all the major plot points in this familiar tale, dress them up in vibrant Technicolor, and wrap them around some really spectacular fight scenes. the epic sword-fight at the end is the stuff of movie legends, and almost makes up for star Flynn's abjectly plastic performance throughout the rest of the movie. Right from the start Robin Hood is such an ungracious jerk that if the villains were any less cardboard, it would be hard not to root for them to crush the Merry Men. Luckily for Robin, there's no depth to any his opponents, either. Only the wonderful Olivia de Havilland and Una O'Connor breathe any life into their characters.

It's a stunningly colorful movie. So colorful, in fact, that one of the taglines was "Only the rainbow can duplicate its brilliance!" Yet, everything looks expensively cheap, like it was built for an indulgent pageant or a mid-level theme park. Robin Hood's signature wardrobe has never looked more ridiculous, and this is exacerbated throughout by Flynn's smarmy plastered-on grin. If only for the climactic swordfight, Robin Hood is a fun look back at how action/adventure movies used to be made, but it completely lacks depth with one of the most shallow protagonists ever committed to celluloid.

Trailer for The Adventures of Robin Hood (1938) 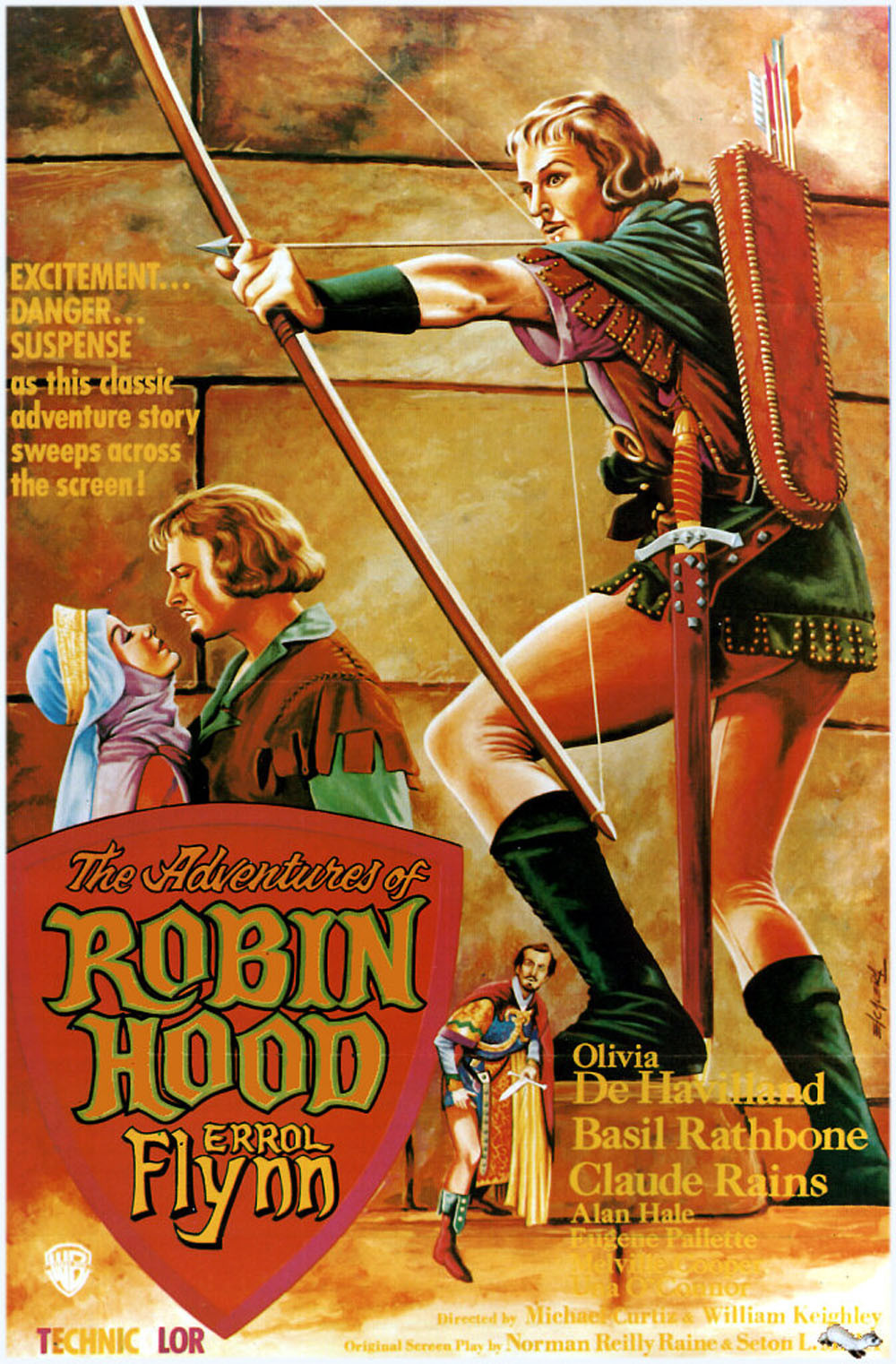