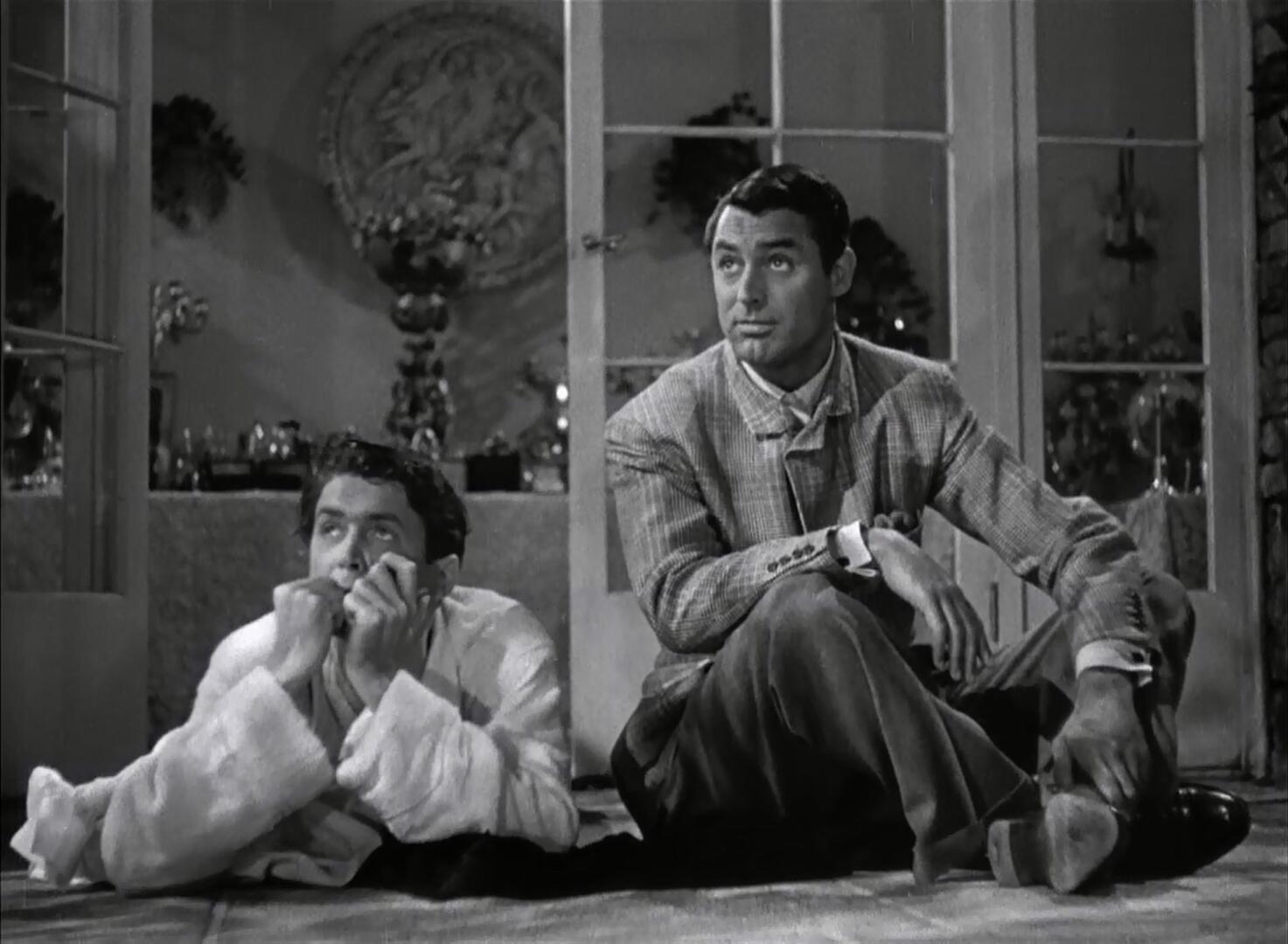 This is where I completely lose any cred I might have had with classic movie lovers. I've tried to watch The Philadelphia Story a few times before. I don't know if I've finished it prior to this viewing. I've seen the 1956 musical remake High Society and enjoyed it, and there are certainly some great moments in this original film adaptation of Philip Barry's stage-play, but a number of things about this most beloved romantic screwball comedy keep me from really enjoying it.

Without getting too deep in the weeds, the story is that Tracy Lord (Katherine Hepburn), a headstrong heiress, is finally bouncing back from her disastrous first marriage by hitching herself to a foppish tool. Her ex-husband, C.K. Dexter Haven (Cary Grant), crashes the exclusive pre-wedding party, and brings with him two tabloid reporters, including an anti-society snob (Jimmy Stewart). A misshapen sort-of love pentacle ensues.

First, I find director George Cukor's overall approach pretty flat, especially near the beginning. While the movie comes to life in later scenes, it feels like it lacks energy before Jimmy Stewart and Kate Hepburn get drunk. Only little Virginia Weidler as Tracy's kid sister Dinah gives the first third a spark, and she's always being kicked out of the room.

Second — and here's where I take on the losing battle of tackling a really sacred cow — I rarely like Katherine Hepburn. I find her shrill and too manly for a rom com. She bewilders me as an object of affection. I do like that playwright Barry appears to have modeled the character so closely on Hepburn herself that when Grant eviscerates her character with a laundry list of her shortcomings, it's like he's reading my mind re: Hepburn. That's a pretty cool scene.

Third, who cares about these annoying rich people and their dumb wedding? I'm by no means hostile to the upper-class, but I also don't share 1930s Hollywood's infatuation with elites, and in that regard the stakes in this movie are set pretty low: will the rich snob marry the doofus? Will a philandering dad get outed in the paper? Will a wedding get spoiled by press coverage? Who cares? the only character worth rooting for among these self-involved twats is Ruth Hussey's poor photographer Liz, patiently waiting for a rude asshole to settle for her. She deserves better. There is no victory won in the final result of all the sometimes amusing screwball shenanigans in this movie. the Grant-Hepburn relationship seems like as sure a loser as it was in the movie's great opening scene, and does nothing earn the miraculously instant repair that tops off this somehwat lukewarm tonic.

There is some fine witty writing in The Philadelphia Story, and Jimmy Stewart, despite playing a somewhat loathesome person, is terrific as usual, and Cary Grant is as Cary Grant as he can be. It's not bad, but nothing special to me.

Trailer for The Philadelphia Story (1940) 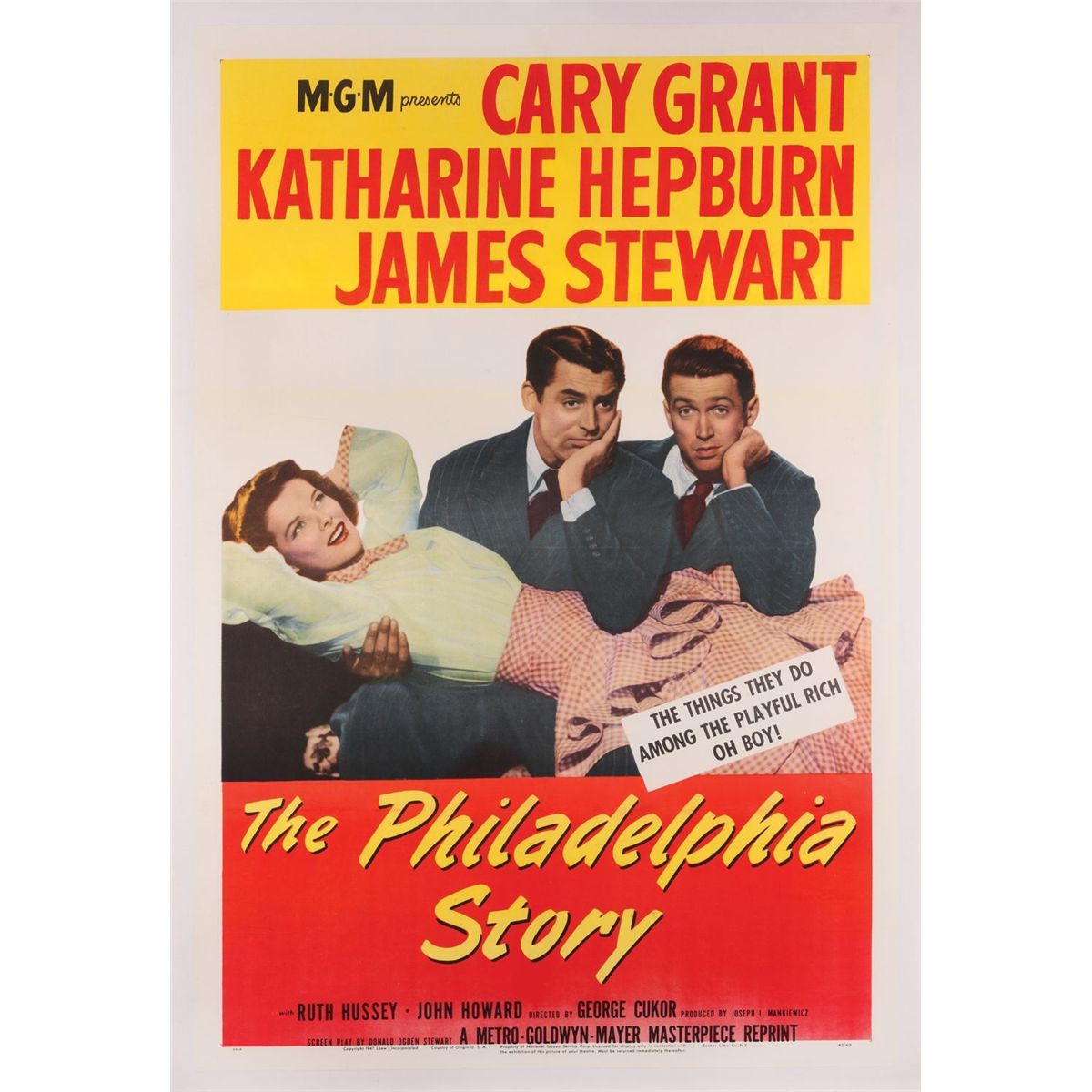 Oscar Nominees: #06 of 20
More about The Philadelphia Story (1940) on Videopolis