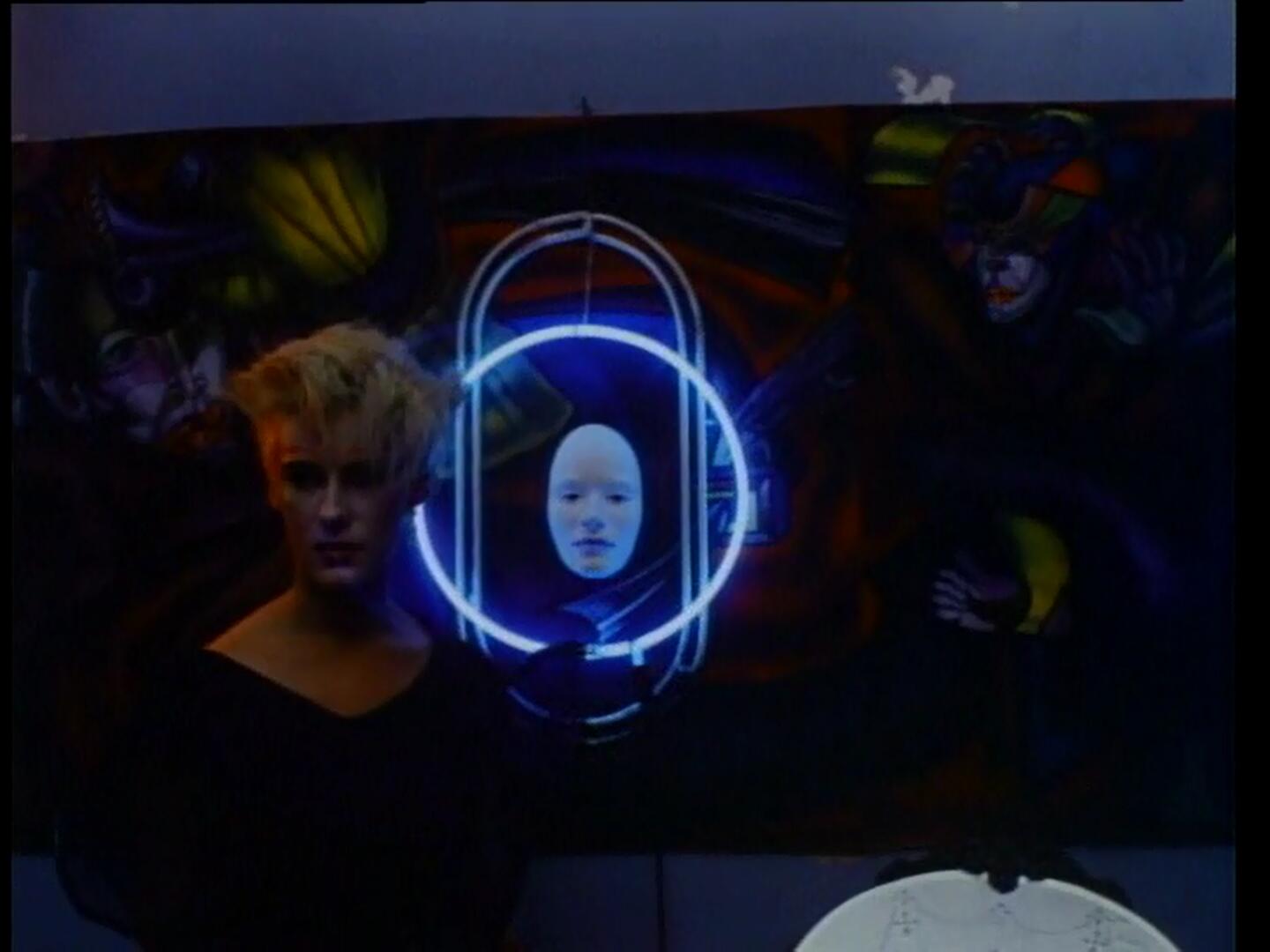 I had a bad feeling about Liquid Sky, even though I knew little about it. It seemed like it might be a plotless montage of arty imagery set to droning synth music. That's exactly how it started out, and although it eventually came up with something resembling a plot, it remained pretty tedious even after that point.

There's this group of icy models that appears to be beta-testing fashion for the Capitol in The Hunger Games. They hang out at a neon club where people dance to beatless music and performance artists exclaim lifeless verse. An Ed Wood-style UFO lands nearby and its alien inhabitants set out to find their favorite food, which happens to be plentiful here: the heroine-spiked human brain. But they quickly find something they like even better: the brain at the peak of sexual orgasm.

Anne Carlisle's wooden performance as lifeless nympho Margaret is bad enough, but she's cast in two roles that play opposite each other, creating a vortex of deadening nihilism. Paula E. Sheppard brings a little levity as Margaret's foul-mouthed friend, but she's such a generally hateful little imp, the movie is unable to leverage her fleeting moments of spirit. There are several other actors who do their best to out-bore each other. It's not even bad enough to be fun. There are a neat 30-seconds of lo-fi special effects near the very end, but far too little too late. Liquid Sky is a void of entertainment.

This was the only one of this month's movies that was recommended to me by the editors of Destroy All Movies: the Complete Guide to Punks on Film which I didn't enjoy. 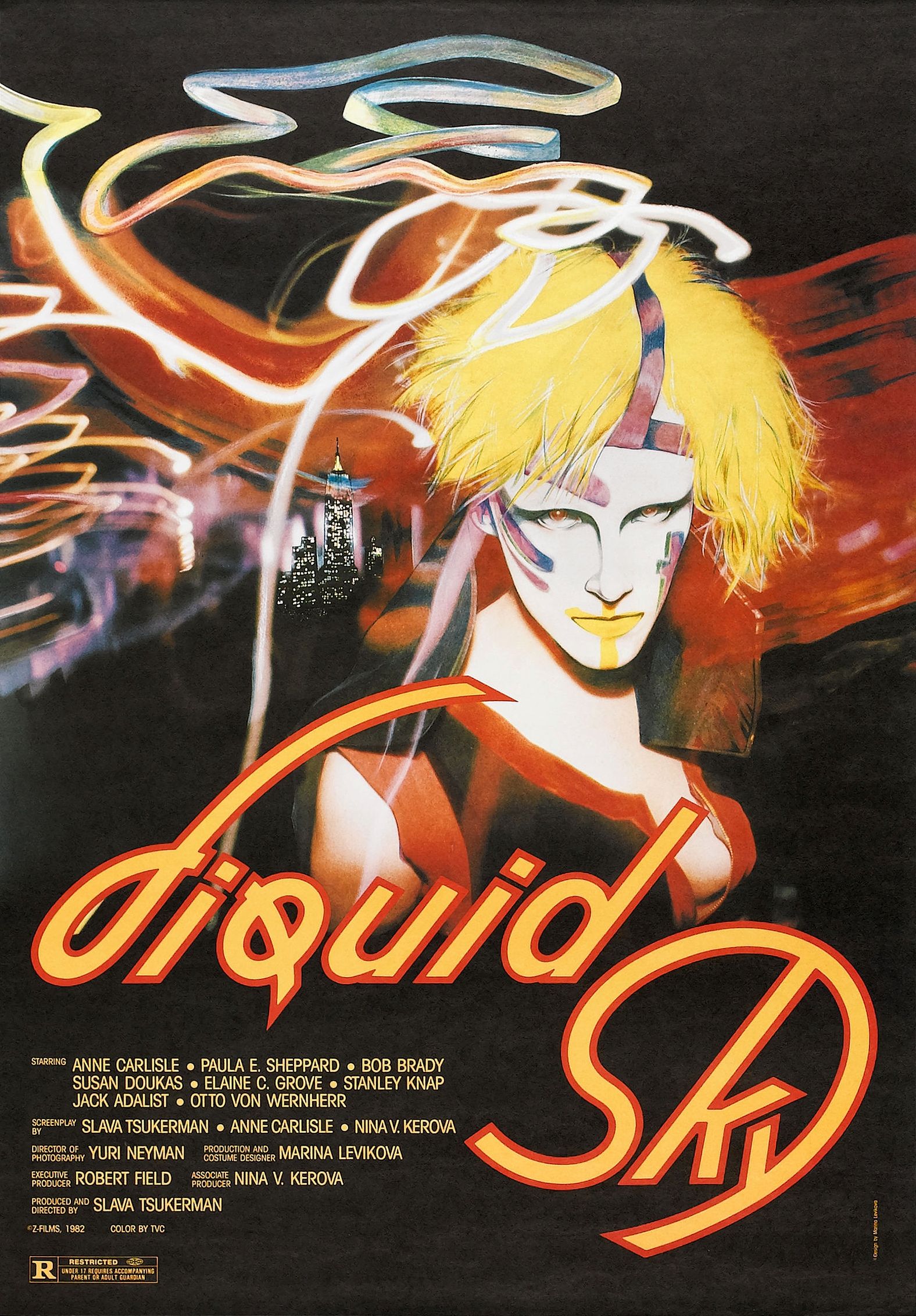