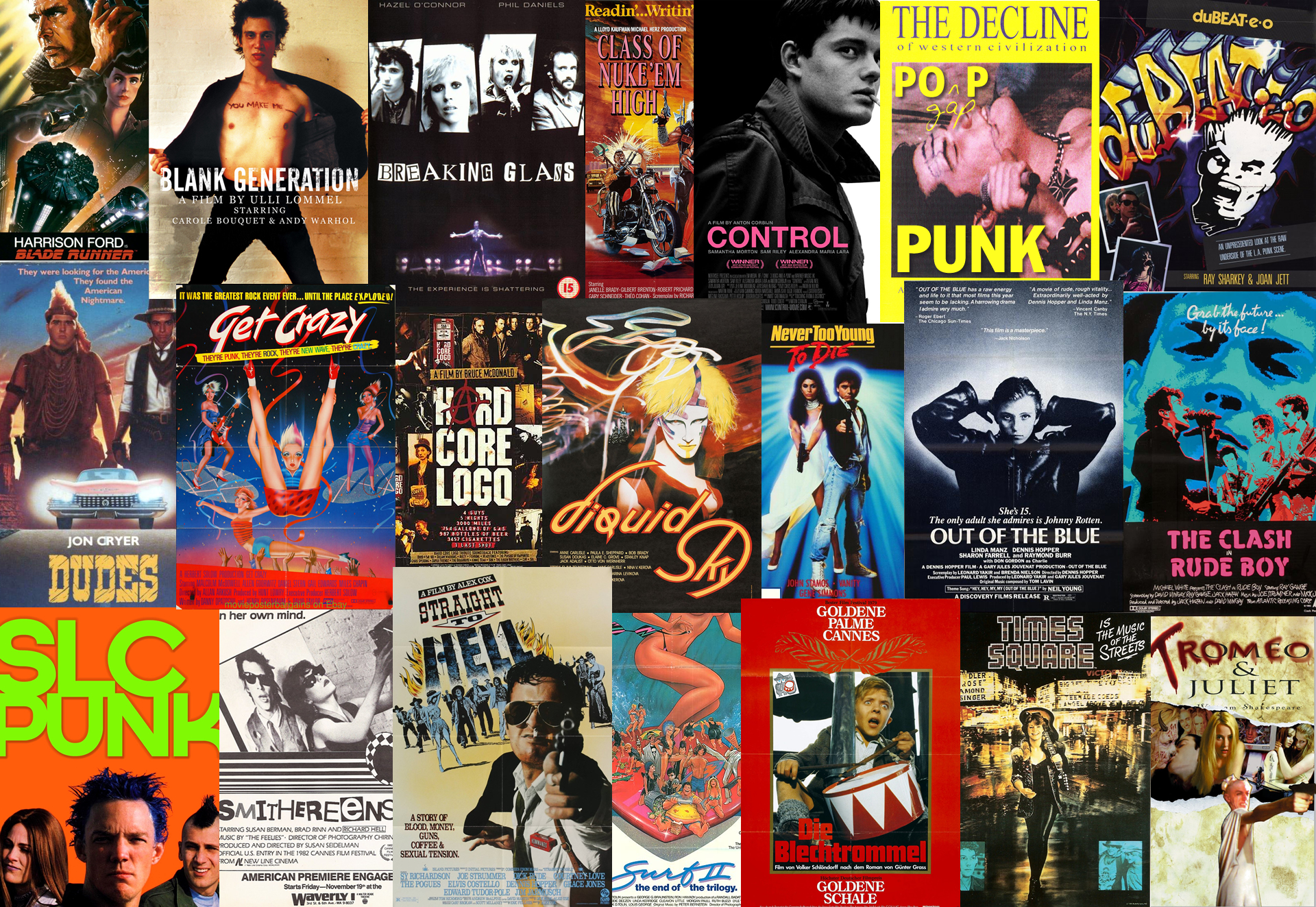 I was never punk. I wanted to be, kind of, but I knew it wasn't really me. I had a friend in junior high in the mid-1980s who had a cool Cramps t-shirt. One time I spent the night at his house and came home with a mohawk. My dad shaved it off.

I've been thinking about punk movies again recently after watching Lukas Moodysson's wonderful coming-of-age movie We Are the Best! (2013) and finding out about the fantastic book Destroy All Movies!!! the Complete Guide to Punks on Film.

This labor of love brazenly attempts to catalog every depiction of punk in any movie released before the year 2000. It's a great book and full of wonderful movie posters, stills and interviews. This book (and the constant references to it on the terrific Junk Food Dinner podcast) got me wondering if there are other great punk movies I've missed.

I found a few lists on Google and contacted Destroy All Movies editors Zack Carlson and Bryan Connolly and came up with a list for this month's PopGap of 21 movies that I haven't seen (true in all but a few cases, noted below) that either cover the punk scene or exemplify the punk ethos in some way. Most of them I had never even heard of. This list gets pretty obscure.

Here's what I'm going to be watching this month, along with the little I know about them:

I wanted to do something less stuffy than last month's list of 70-year-old Oscar-bait and have probably screwed myself with a bunch of obscure, unwatchable trash. Hopefully there are a few gems in there. Excitingly, there are no 3-hour long movies this month, and handful are well under 90 minutes. As usual, I will update this blog as I watch each movie, and will cover several of them on Twitter as @Popgap.

Discuss Destroy All Movies!!! the Complete Guide to Punks on Film. on Facebook 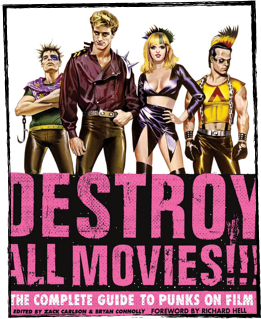 Destroy All Movies!!! the Complete Guide to Punks on Film.