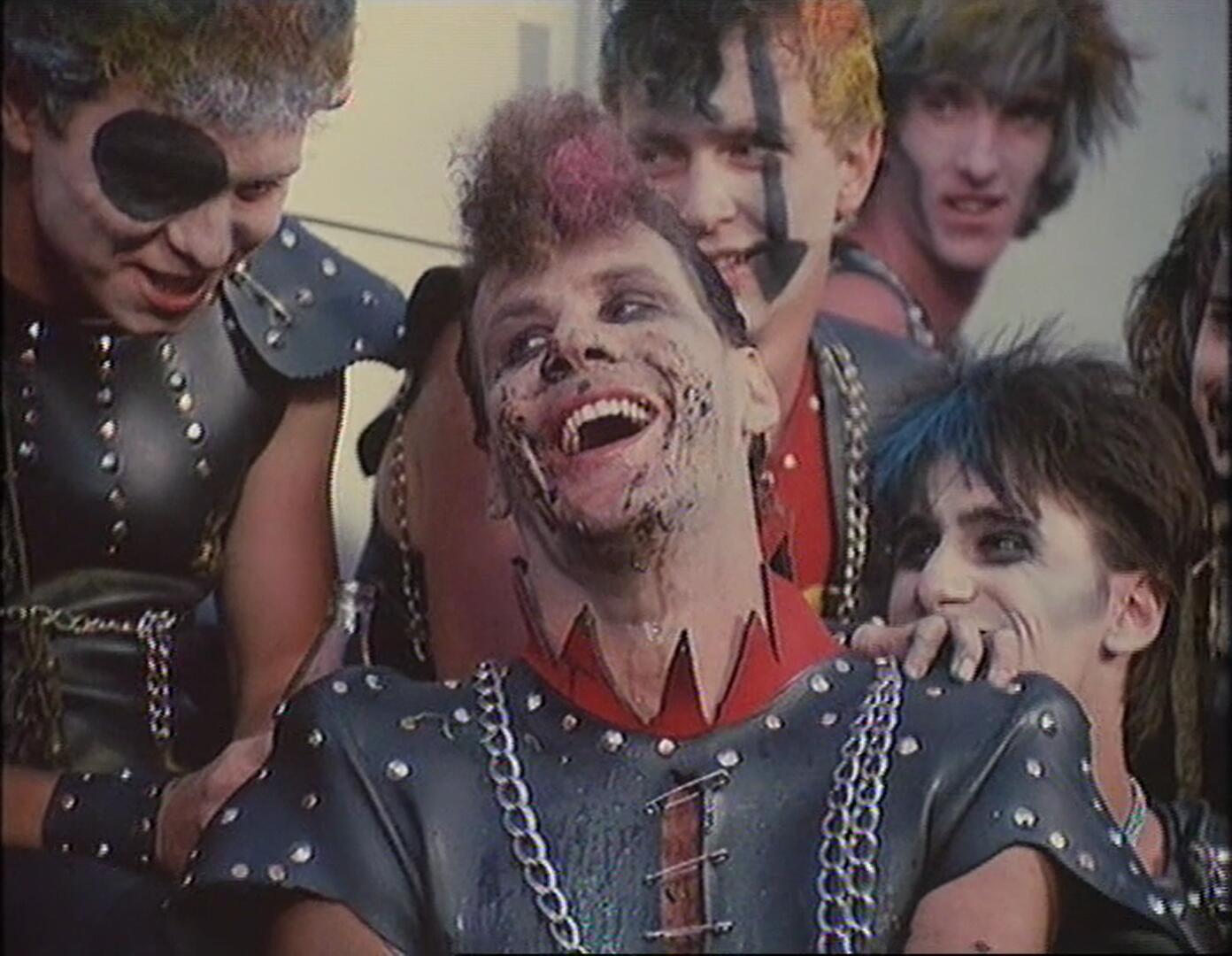 I had seen this crazy beach comedy a few times on cable in the 1980s, but remembered very little about it aside from the appearances of a few of my favorite low-budget comedy actors of the era. According to its trailer, Surf II (The End of the Trilogy) attempts to do for beach movies what Airplane! did for aviation disasters. That's a high bar of parody that Surf II gets nowhere near, but it's ambitious and energetic, and still fun as a time capsule, if only marginally actually funny.

As amateurish and juvenile as Surf II often is, there's still enough to enjoy about it (if that's not enough). Waggoner's flip, obtuse authoritarian shtick is fairly amusing and the overall tone is agreeably playful even when the jokes fall flat. the best parts are definitely the alien behavior of the transformed "punks," with their perfectly dyed rainbow-mohawks and insatiable appetite for garbage. More importantly, if such a thing can be called important, is that Surf II is also a more-than-capable look back at a distant era when video store shelves and late-night cable schedules were packed with T&A comedies like Hardbodies and Fraternity Vacation, and the perfect way to pad your movie's running time was a montage of random jiggling breasts. For the 13-year-old boy in all of us.

Surf II was recommended to me for this month's theme by the editors of Destroy All Movies: A Complete Guide to Punks on Film. Surf II's home video permutations are currently out-of-print, but maybe the whole movie is on Youtube. 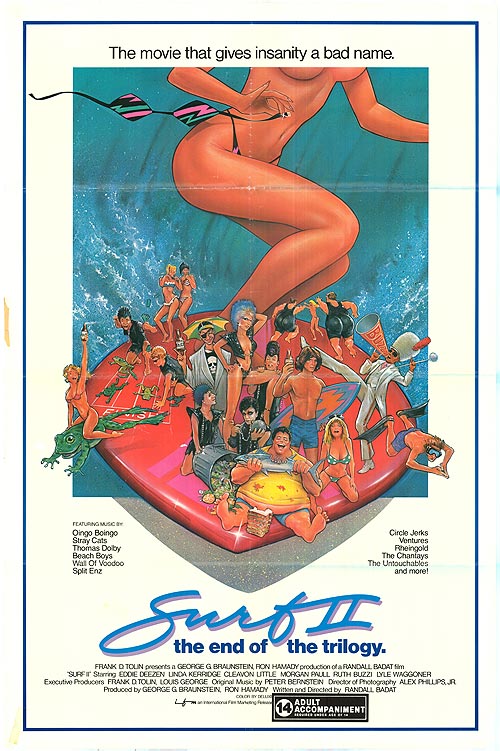