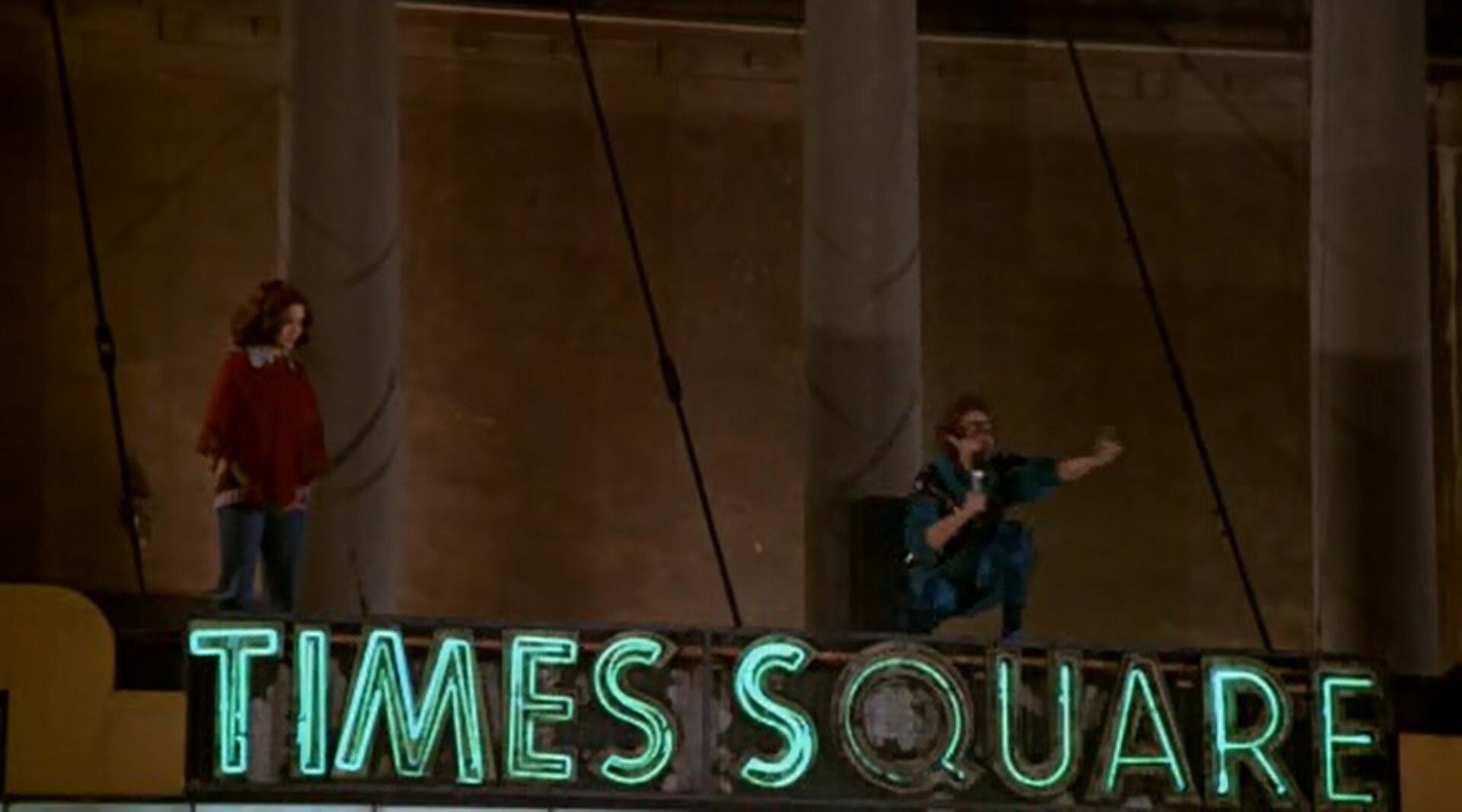 If I were an adolescent girl, I think this would be my favorite movie. It takes the subject of teen runaways and adds just enough edge to infuse it with sense of risk, but is also safely cushioned within a sheltered teen girl's fantasy of dangerless rebelliousness. Although Times Square tiptoes too safely around gritty realities, at its very heart is one of the most affecting and authentic friendships I think I've ever seen a movie.

Trini Alvarado stars as Pamela, a privileged 13-year-old girl suffocating under the expectations of her politically powerful father. Her stuffy parents are so alarmed by her extremely mild, typical teen-angst outbursts, that they have her evaluated by a psychiatrist. At the hospital, she meets Nicky, a rough 16-year-old delinquent with a history of foster homes and mental issues. Even though they have practically no prior interaction, Nicky convinces Pam to run away with her.

Set against the backdrop of grimy 1970s-era Manhattan, more than a decade before the central hub of New York City was cleaned up and made tourist-safe, Times Square flirts with seedy realities, with the girls giggling at porn shops, goofily dancing fully clothed at strip joints, living securely in isolated squalor, and unsuccessfully mugging businessmen, with no consequences. Pamela's escape makes headlines, and catches the fancy of a douchebag radio personality (Tim Curry), who turns the girls into folk heroes. Nicky thrives under this attention and reimagines herself as fugitive rock & roll singer with a taste for brazen vandalism (miraculously injuring no one), and the romance of their increasingly reckless lifestyles beings to fade for Pam.

Too much of Times Square's plot feels manufactured to approximate reality without ever really facing it. Director Allan Moyle was fired from the film prior to its release, and it's rumored that his original vision was much darker and also included a lesbian relationship between Nicky and Pam (which is still hinted at in the finished film). However, even re-edited by the producers with an incongruous BeeGees song stapled to the end, Times Square still strikes some very effective chords, with absolutely terrific performances from the two leads, who are the actual ages of their characters and share a heartfelt bond that is never cheaply exploited for sentimentality. Moyle and screenwriter Jacob Brackman neatly tweak a few tropes, such as depicting Pam's stuffy father as increasingly more sympathetic, growing from a callous politician obsessed with appearances to a broken dad who loves and misses his daughter, and slightly (but not enough) de-romanticizing Curry's irritatingly cliched DJ.

For my own personal taste, I prefer Paul Schrader's harder, grim 1979 runaway drama Hardcore, starring George C. Scott as a desparate father, but Times Square is ultimately very affecting even though it's often trapped in a safe bubble of teenage wish fulfillment. 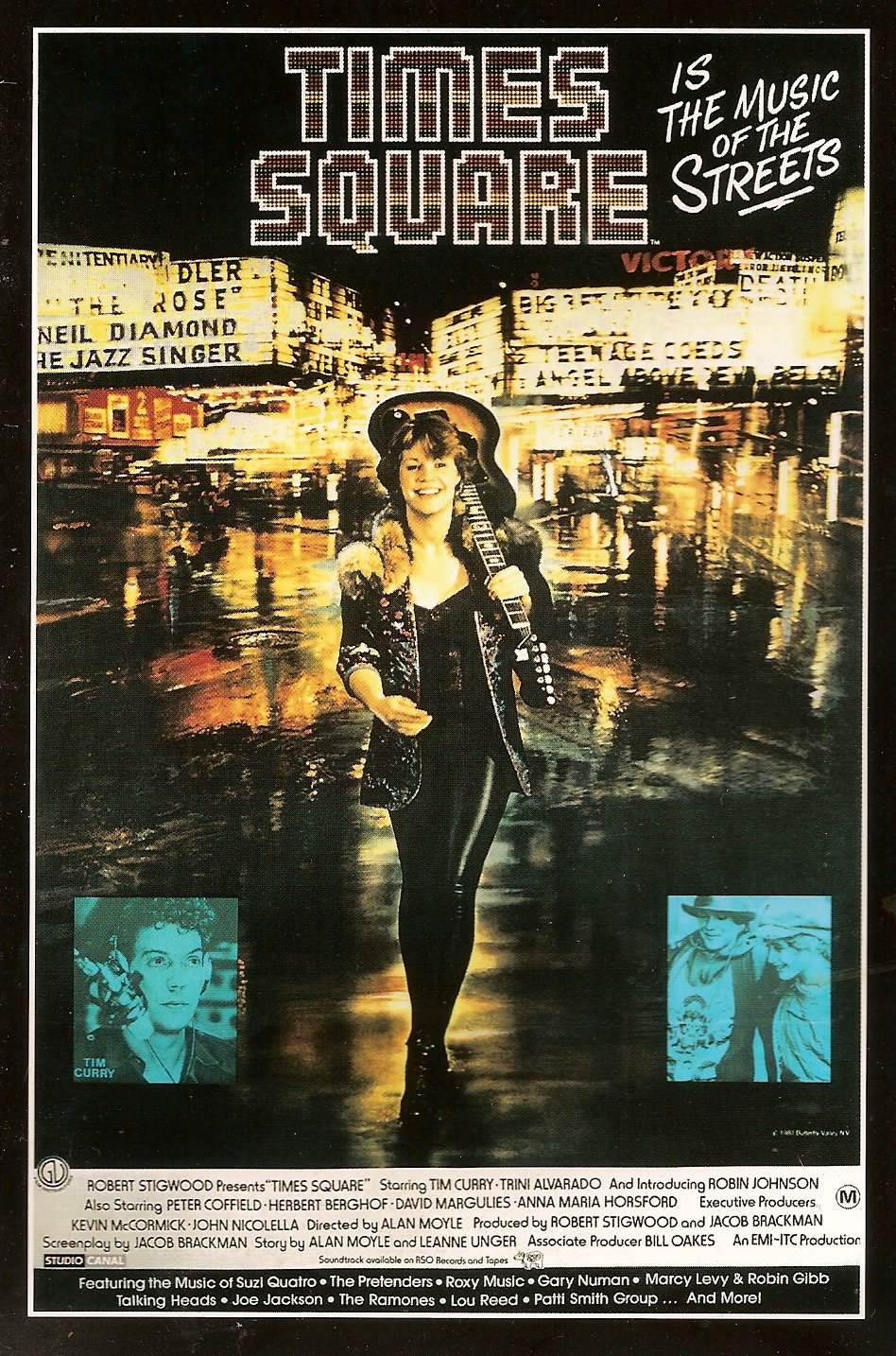