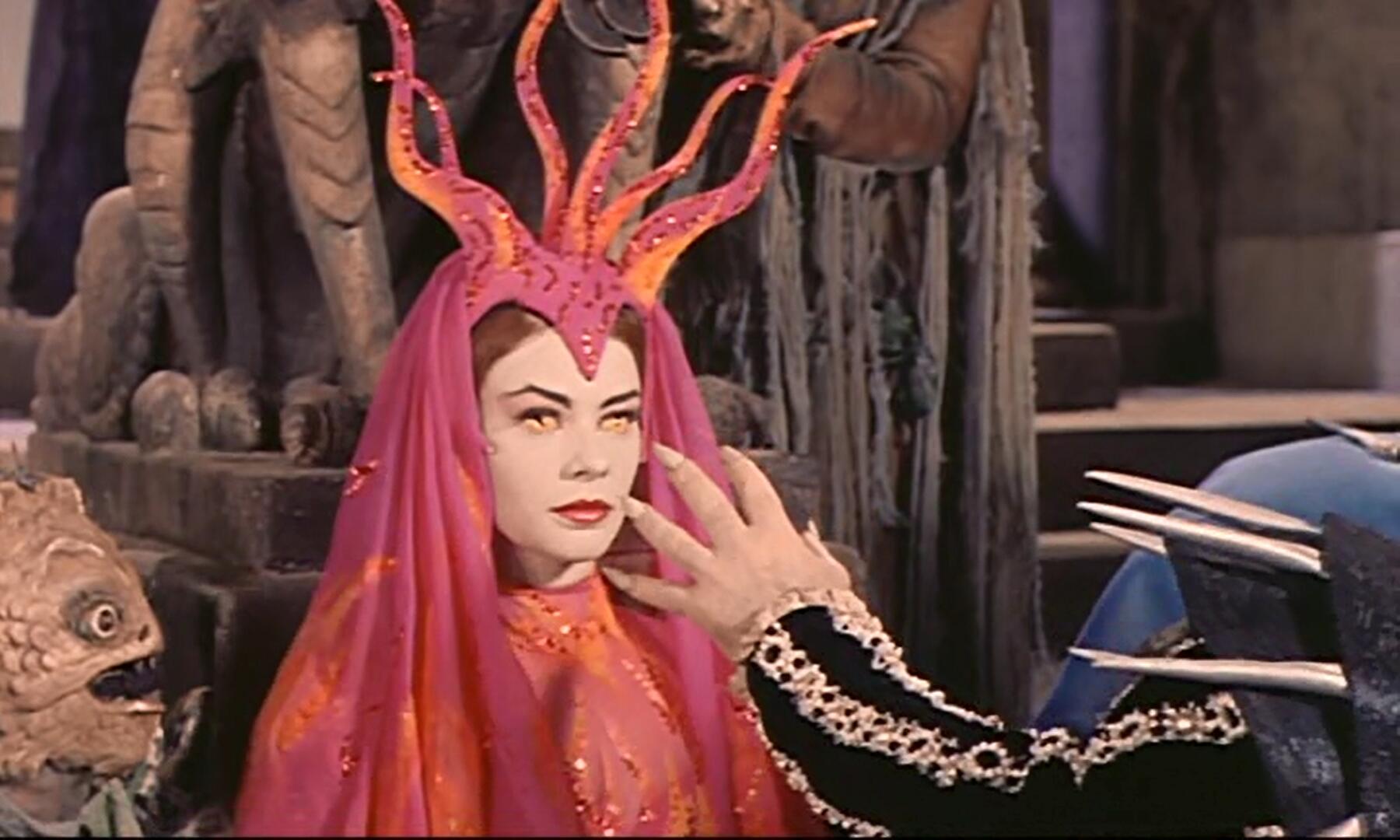 (This review is for the original 94 minute version, not the musical re-edit.)

Producer Edwin Small was so impressed by the success of 1958's 7th Voyage of Sinbad that he hired that movie's director, star and villain for his copycat project, Jack the Giant Killer. What started as a cynical rip-off turned out weirder and darker than Sinbad ever was; it's possibly the most horrifying mainstream kids' movie of the 1960s, and insanely fun.

The story of Jack the Giant Killer is almost incidental: based very loosely on an English folk tale (not to be confused with "Jack and the Beanstalk," which also involves giants), the evil sorcerer Pendragon (a.k.a. "The Prince of Witches") kidnaps a lovely princess on her 18th birthday, but a strapping farmer, Jack, intervenes, slaying Pendragon's giant and rescuing the girl. the wizard naturally tries again, sending out an army of nightmarish henchmen to finish the job, and it's up to Jack to save her yet again — this time with the help of a dog, a monkey, and that lovable imp in a bottle.

The marquee star of Sinbad was the great stop-motion animator Ray Harryhausen, whose creatures defined two generations of movie monsters. Jack the Giant Killer put its visual effects in the hands of young Jim Danforth, whose work may not broach the grace or fluidity of Harryhausen's creatures, but there's a rough and bizarre edge to Danforth's work and that of the creative costume and make-up design of Pendragon's evil horde that distinguish this knock-off with surprising charm. Even with crude hand-drawn animation augmenting some scenes, these creatures are bizarre and horrific, and touches of this same morbidly whimsical creativity are echoed throughout Jack the Giant Killer.

Director Nathan Juran, star Kerwin Mathews, and villain Torin Thatcher all slip back into their familiar roles with great ease, with the addition of the delightful Judi Meredith as Princess Elaine, who gets to play more than the standard damsel in peril, and Walter Burke as Pendragon's half-pint minion-in-chief.

Even with some sub-par special effects, Jack the Giant Killer moves swiftly and maintains a bouncy tone, with surprises around most corners.

Trailer for Jack the Giant Killer (1962) 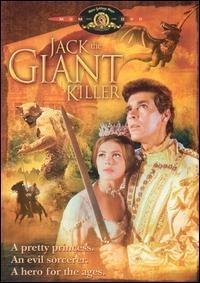