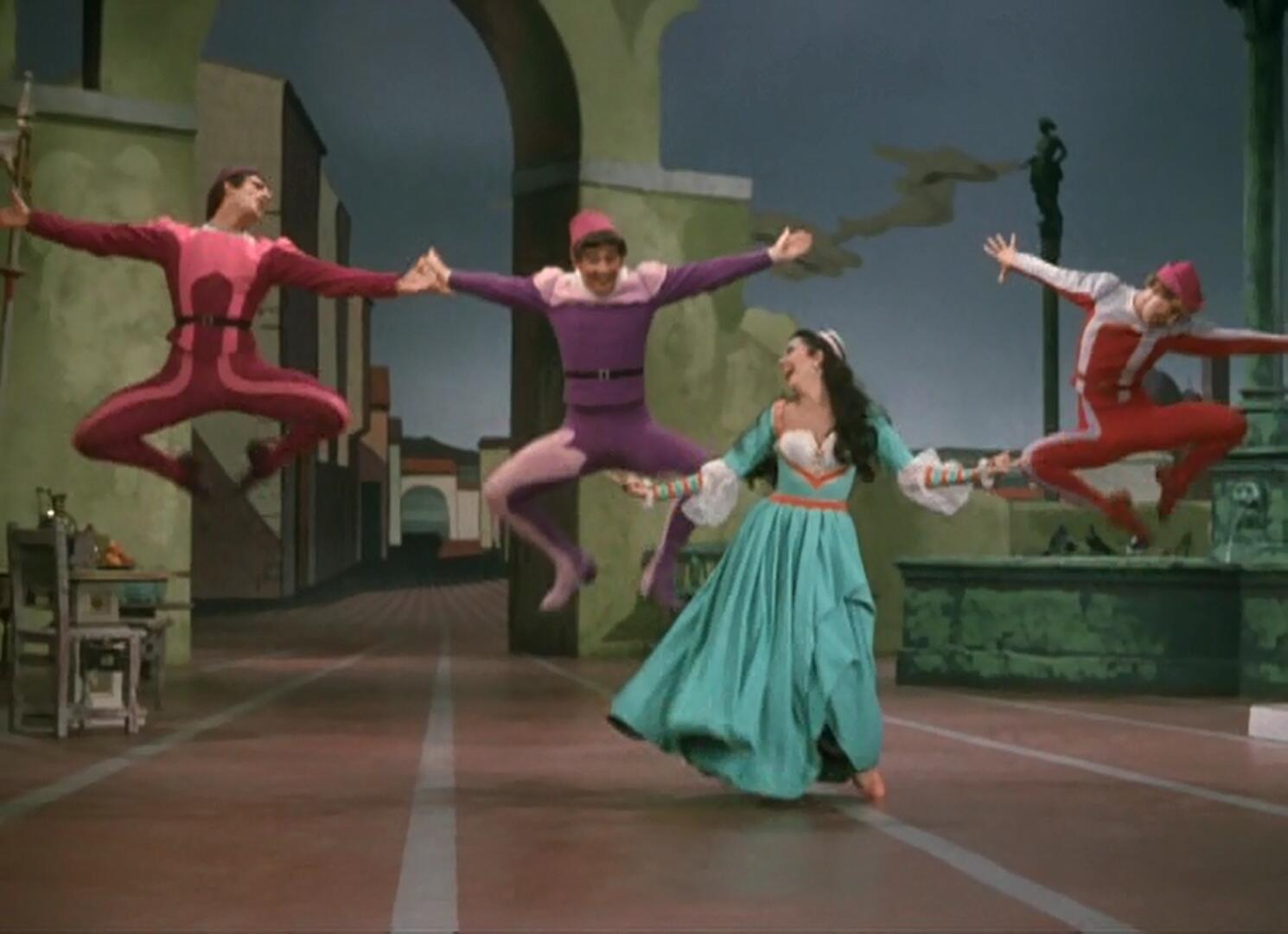 I'm a fan of many musicals, but Kiss Me Kate made me feel like a person who hates musicals being forced to sit through one. It's a bunch of musical gimmicks thrown together with no narrative purpose. It's colorful and has tap-dancing, and that's about it — in which case, I'd rather watch That's Entertainment.

Howard Keel (who I love in Seven Brides for Seven Brothers) plays Fred, a thoroughly unlikable actor with a terrible idea for wooing his bitter ex-wife: cast her opposite him in a musical version of Shakespeare's Taming of the Shrew, a play in which they'll bitterly argue for the entire show. Preying on her vanity (what an adorable couple; I hope they make it!), he goads her to take the part... and then the story skips the entire rehearsal process, which is when working in close-quarters might have re-stoked their romance. Suddenly it's opening night, and he's still a charmless jerk, but they kiss anyway after reminiscing. One song is enough for her to blithely ditch her rich fiancee, until Fred louses it all up with a weak & tired screwball trope.

The rest of Kiss Me Kate is crossover between the movie and the performance of the play within the movie, neither of which on their own show any interest in story or character development, but split apart and then jammed together they are a Frankenstein's monster of boring bickering and pointless songs-and-dances that never advance the plot or illuminate the emotions. Every moment in Kiss Me Kate is entirely disposable.

Director George Sidney, who made the charming Annie Get Your Gun a few years earlier, infuses the movie with no purpose whatsoever. His directing is inconsistent and borderline incoherent. Cole Porter, who writes neat clever songs that stand alone well, is terribly unsuited for musicals that require skill at storytelling through lyrics. the songs in the play within the movie are terrible. I'm sure if I were in that opening night audience, I would have walked out and demanded my money back, even before the lead actors began breaking character on-stage repeatedly during the 2nd act.

There is one great thing in Kiss Me Kate: Ann Miller, as Lois Lane (really?), who is a saucy bowl of fun dancing her heart out in a series of thankless and boring production numbers. 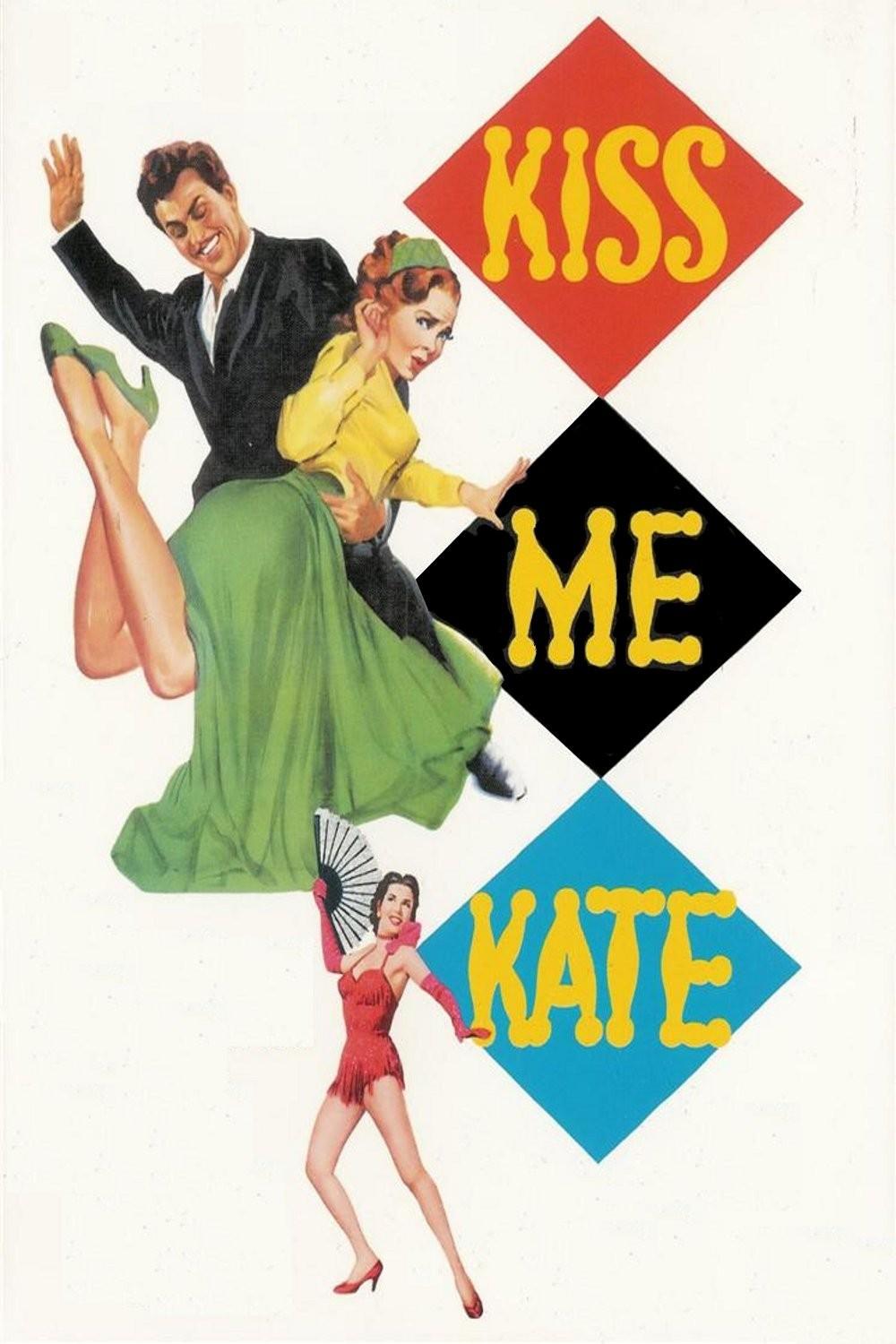