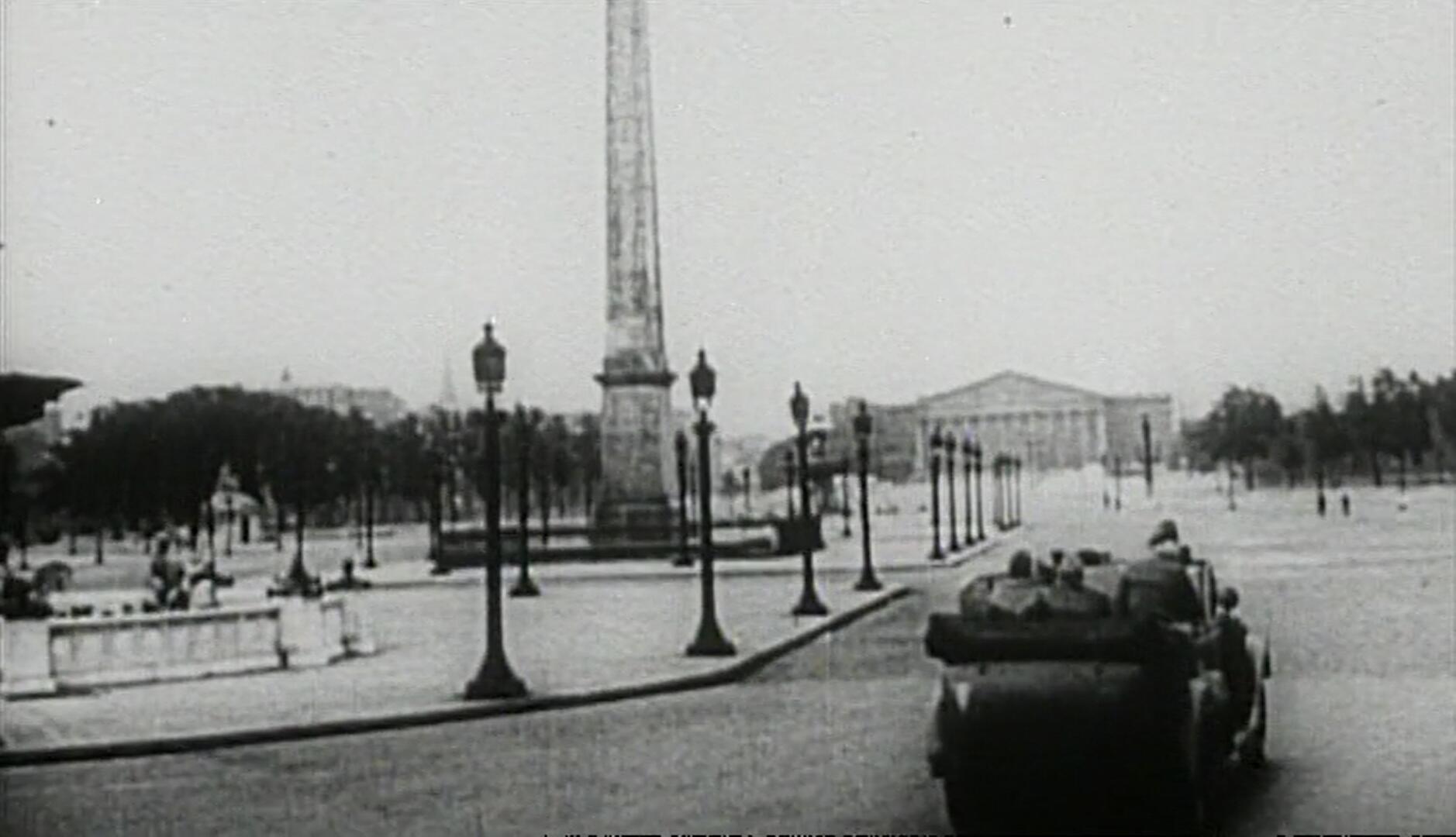 I may have seen the Sorrow and the Pity once long ago. I went through a handful of the acclaimed WWII documentaries in the early 1990s, including Shoah, Hotel Terminus, and, I think, this. They blend together in my memory, which is baffling considering these three movies total up to 17 hours combined. The Sorrow and the Pity is the shortest of the three, running a mere 4 hours and 11 minutes. I re-watched it this month, broken up into 5-8 pieces, and don't think I'll be forgetting it again. The Sorrow and the Pity is one of those movies that changes they way you think about a moment in history. Maybe I wasn't old enough for that to sink in the first time.

Marcel Ophuls directed this epic examination of France's unique collaboration with Germany during the Second World War. In two parts, The Sorrow and the Pity first tackles France's sudden & demoralizing military capitulation; and, in the second part, the divisions between the French citizens who actively embraced German occupation (and ideology), those who passively accepted it, and those who joined the Resistance.

Ophuls, son of the celebrated director Max Ophuls, was around 6 years old when his family fled from Germany to Paris during the rise of Nazism in the early 1930s, and in the 1940s escaped from France to live in the U.S. until 1950. He gently coaxes some startlingly frank and revealing admissions from his subjects, which include a persecuted politician, a pro-Fascist aristocrat, rural farmers who took up arms against the Germans, a British spy who aided the Resistance, and, most astoundingly, a former Wehrmacht Captain who grants a lengthy interview during his daughter's wedding reception.

While everything throughout the four hours of The Sorrow and the Pity is interesting, adding stunning depth and detail to a superficially well-known slice of history, it's also dryly presented. While the lack of sensationalism is refreshing, sometimes Ophuls' approach is so oblique that it's hard to follow. I found myself frequently pausing to look up interviewees and their references for additional context to stay engaged, especially during the first half. To be fair to Ophuls, I probably would not have had this problem had I been living in France in 1969, with the events and figures involved not so far removed from the present.

However, by the end of The Sorrow and the Pity, when rigorous attention was no longer required to keep up, I was instantly struck by the profound and devastating emotions of the stories within film: the proud nation so wounded by WWI that they had no will defend themselves, just as Hitler had predicted (against the advice of his generals); the quick acceptance of the Germans by the Paris bourgeoisie, who were only interested in maintaining their lifestyle; enthusiastic approval of Nazi anti-semitism; suspicion, paranoia and betrayal between families and neighbors split between collaborators and the resistance; desperate survival in the face of rampant espionage and torture; vile post-war shaming ceremonies; and how the legacy of these events still haunts the lives of those who lived it 25 years later. It's a remarkable, epic achievement in film. 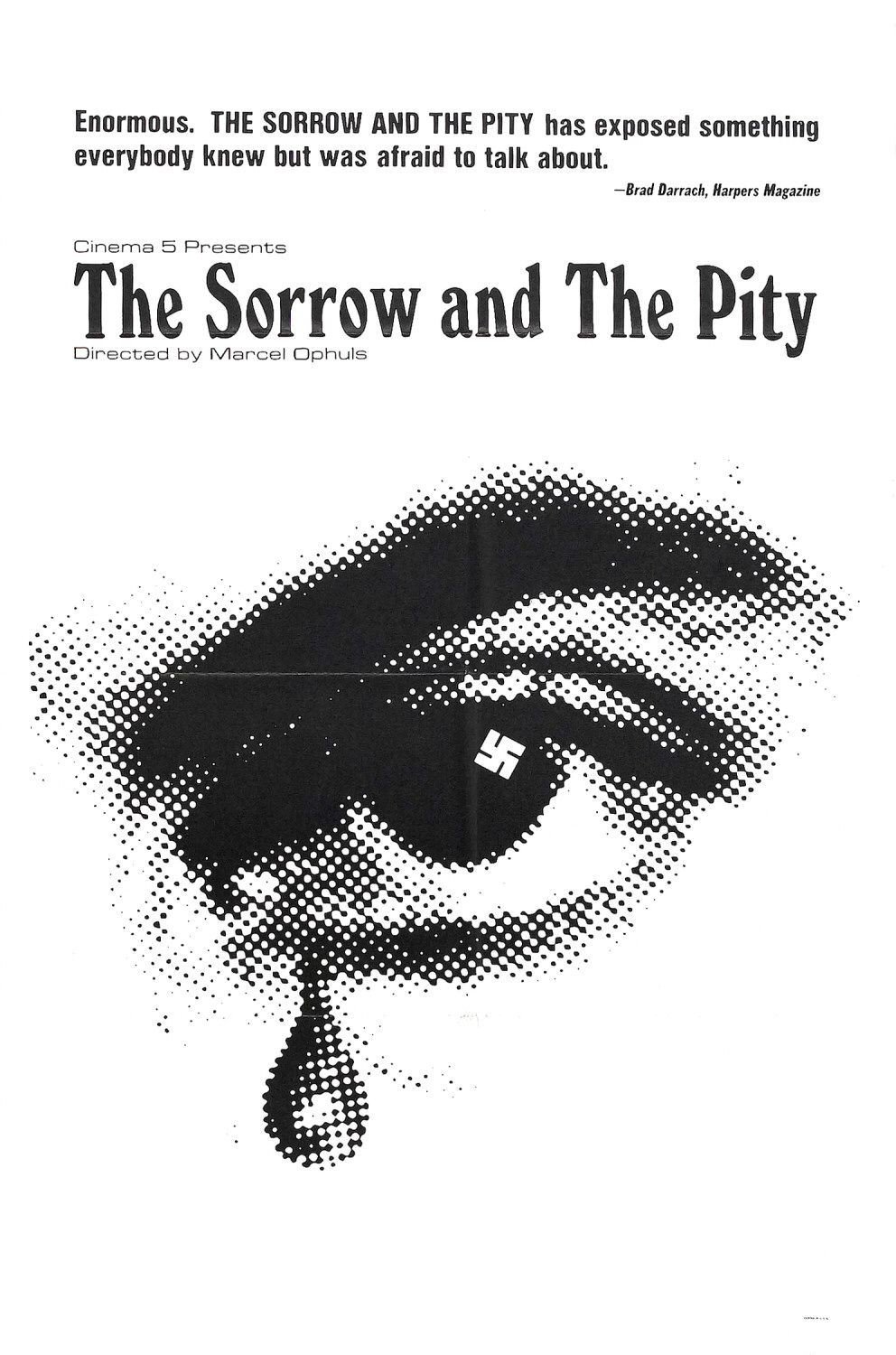