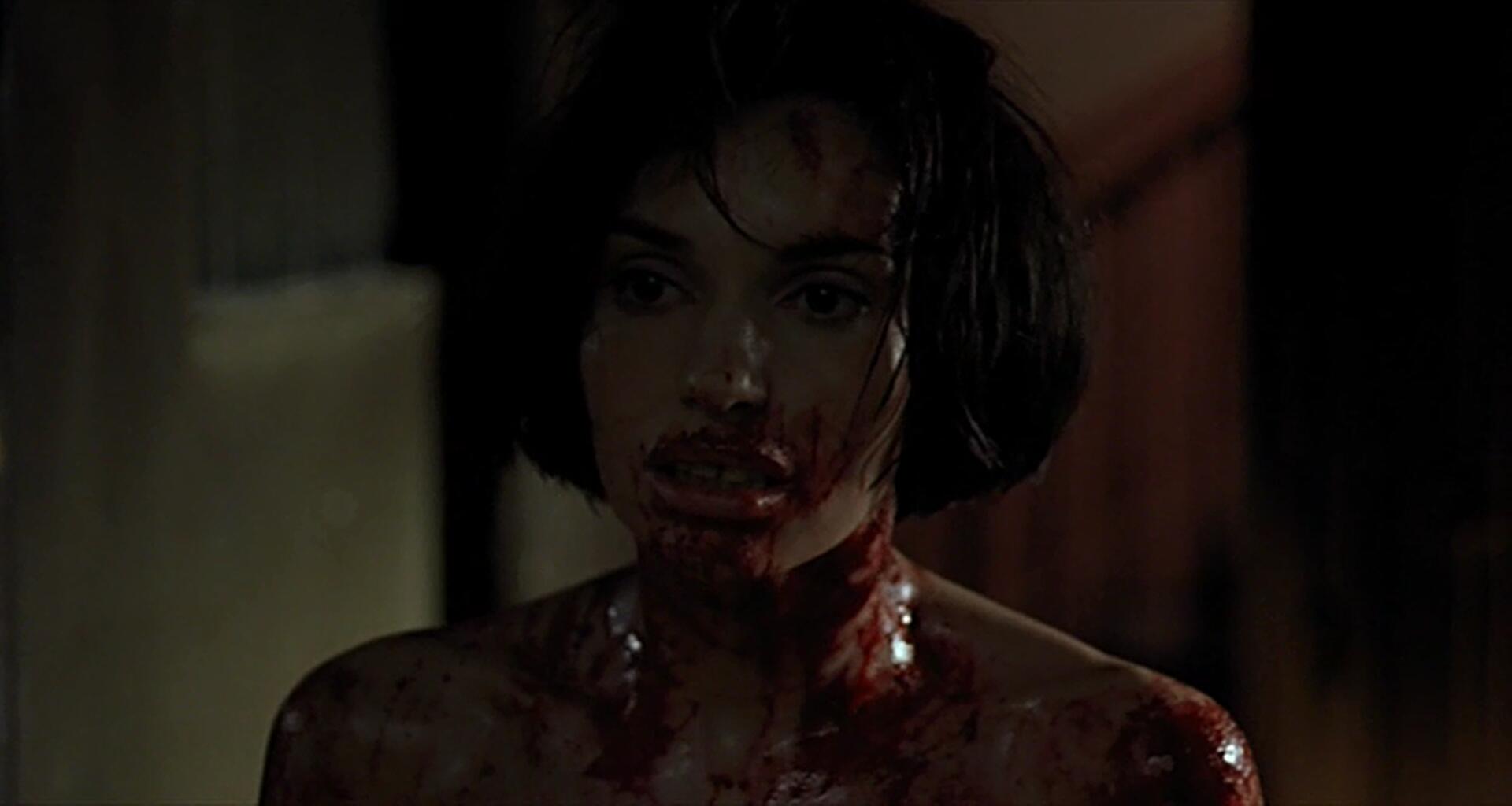 Here's how much I liked Trouble Every Day: within a few days, I had forgotten that I'd watched it and left it off my list of reviews to write. I usually like these patient, slow-burning horror movies, but this one feels stretched out at only 96 minutes, and suffers from a laughable performance by Vincent Gallo.

Trouble Every Day is about a couple of scientists struggling with the effects of some kind of sexually-triggered cannibalism disorder. They explain it all in the movie during some of the most boring and badly acted bits of expository dialog since 1950s sci-fi. There's a doctor (Alex Descas) whose attempts to cure his wife (Béatrice Dalle) from eating people have made him a pariah in the Paris medical community. Vincent Gallo plays a pharmacologist (I think? Who cares.) who books his honeymoon in Paris, hoping to track down Descas and cure himself of the same hunger before he eats his own wife or the hotel maid.

I liked many of the individual segments — and most of the acting — in Trouble Every Day for the first 45 minutes, but close-ups of brooding actors can't sustain a feature-length movie. Ultimately, it feels like director Claire Denis was trying to make too much out of too little. This is a short film with generous padding.

Dalle is perfect in this kind of role: weird and deranged, especially when naked and covered in blood, and Tricia Vessey is sweetly sympathic as Gallo's forlorn wife, but it's ultimately hard to respect a character who married this disheveled, mumbling scumbag. At first, Gallo seems completely miscast in all regards: as a prodigy in pharmaceutical science, as a desirable husband for any living woman, and as a competent actor. But, late in the movie, there's a scene in which Gallo snuggles up behind a random woman on the Metro and sniffs her hair for about five minutes, and it becomes clear that the casting is perfect: this is exactly what I imagine Gallo is like in real life.

There's are a few well-done scenes of extremely gory violence, but they all suffer from a degree of style over plausibility. Denis seemed to have a few shocking scenes in mind, but not really much idea of how to tell a story. I didn't dislike Trouble Every Day; it has a cool title, a decent vibe, and good music by Tindersticks, but the few things it does well are done better in something else, and it leaves only the slightest lasting impression. 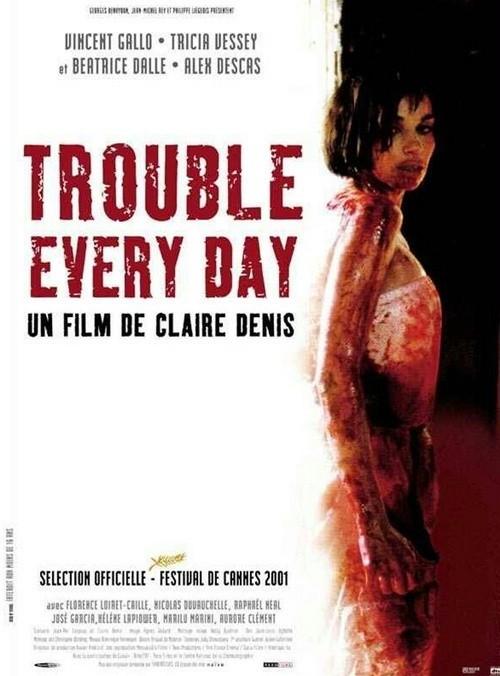