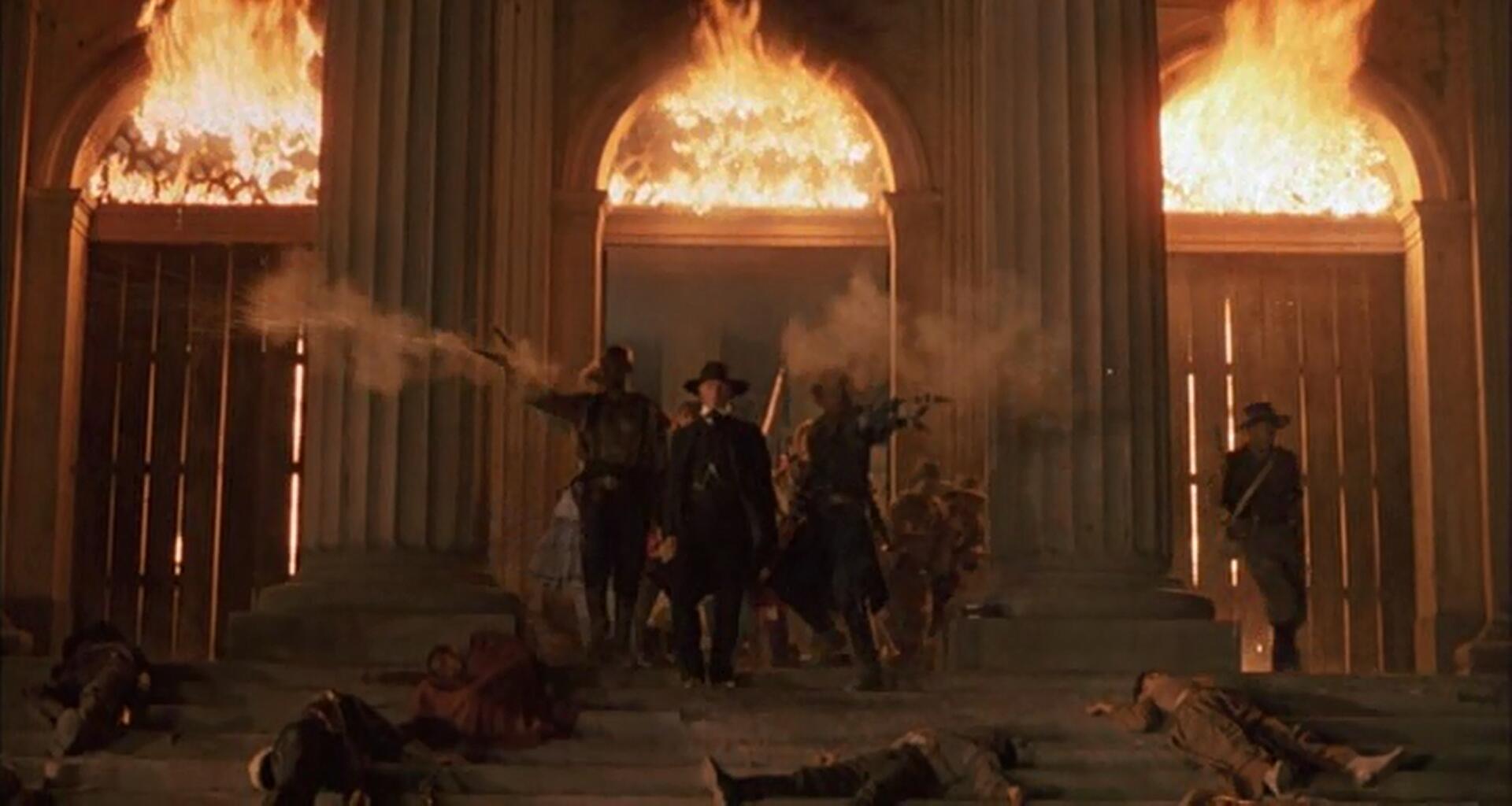 Last month I suffered through Alex Cox's awful 1986 pseudo-western Straight to Hell as part of Punk Movies month, so it was with great wariness that I faced Cox's 1987 Walker on this month's list of movies that have been perennial wallflowers on my watchlist. Like Straight to Hell, Walker has western elements and even features two of that other movie's stars, Sy Richardson and Joe Strummer. Thankfully, Walker is a legitimate movie, with a comprehensible story based on a fascinating historical figure, and a terrific performance by Ed Harris in the title role.

William Walker, a self-appointed colonel-for-hire, was a deluded zealot committed to the cause of manifest destiny, and, backed by the Vanderbilts, briefly took over Nicaragua in the 1850s as the leader of a dubious "liberation" army. Harris, who had been slowly working his way up through the mid-1980s from ensembles like The Right Stuff toward leading man roles, seizes this engimatic character with engrossing commitment. Even though Cox's point-of-view on Walker is satirical (and peppered with deliberate anachronisms to comment derisively on Reagan-era meddling in Central America), Harris never betrays his character, making him strangely empathetic and magnetic.

Cox also does a generally fine job depicting all of the other crazies in and around Walker's makeshift "liberating" army, but the more sane characters are fairly indistinct, leaving the movie unmoored. This weakness exacerbates some uneven narrative developments, and there are some confusing continuity issues in the larger action-oriented segments. Even with these problems, however, Walker is fun and intriguing, with some brilliant scenes, neat music by Strummer, and a consistently mesmerizing acting by from Harris, who has rarely been better. 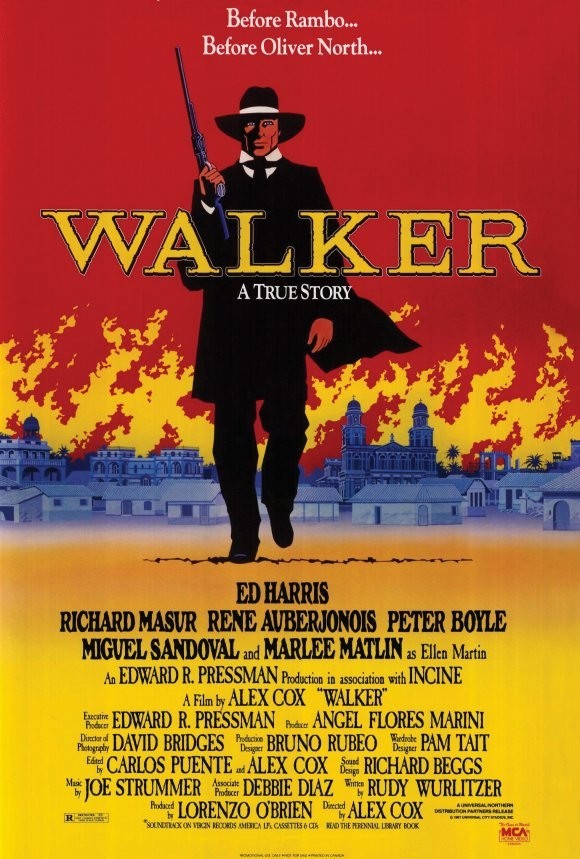