Earlier this month I raved about the terrific performance of Tatsuya Nakadai in Kagemusha, which kept me engaged in a movie that I found somewhat obtuse and long-winded. I was not aware, until I looked him up afterward, that Nakadai also magnificently played the tragic Hidetora in my favorite Kurosawa movie, Ran. After about an hour of Masaki Kobayashi's great Harakiri, I had to look up the fantastic lead actor, and I was startled to discover that it was Nakadai again, unrecognizable in yet another spectacular performance, putting him firmly now in my own personal register of cinema's greatest actors.

Harakiri begins with Hanshiro Tsugumo (Nakadai), an unemployed Samurai, requesting permission to commit ritual suicide in the palace courtyard of a powerful lord. the request is taken from one underling to another until it reaches counselor Saitō Kageyu (Rentarō Mikuni). Exasperated, Kageyu personally interviews Tsugumo, and then, to test his resolve, relates the unfortunate story of another who recently made this same request — one of many ronin across Japan insincerely claiming the intent to perform harakiri, while hoping to be rejected and sent away with a small amount of cash. Tsugumo's request is granted, reluctantly, and he solemnly prepares for the ritual, with Kageyu and several others in attendance. But, before disemboweling himself, Tsugumo offers his own story as a warning to his audience, lest those who live comfortably today should befall the same fate as his own tomorrow.

Harakiri is one of those very rare movies that is so intricately plotted and incisively directed and performed, that my feelings about the characters, their motives, and their righteousness were constantly in flux as new information was expertly revealed. Anchored safely to Nakadai's formidable acting chops, Kobayashi's story winds through a complex and desperate saga that upends samurai conventions, eviscerates Japanese codes of honor, and spits in the face of appearance-obsessed bureaucratic middle-managers, all while telling a heartbreaking human story complete with a couple of thrilling sword battles. It is a phenomenal piece of work, and one I expect to become richer for me upon each future viewing.

Written by Shinobu Hashimoto and Yasuhiko Takiguchi from the latter's novel, Ibun rônin ki. Absolutely stunning black-and-white cinemtography by Yoshio Miyajima (who also shot Kobayashi's gorgeous Kwaidan, which we reviewed as part of Octoblur 2014). Music by Tôru Takemitsu. Harakiri won the Jury Special Prize at the 1963 Cannes Film Festival, losing out on the Palme d'Or to The Leopard. 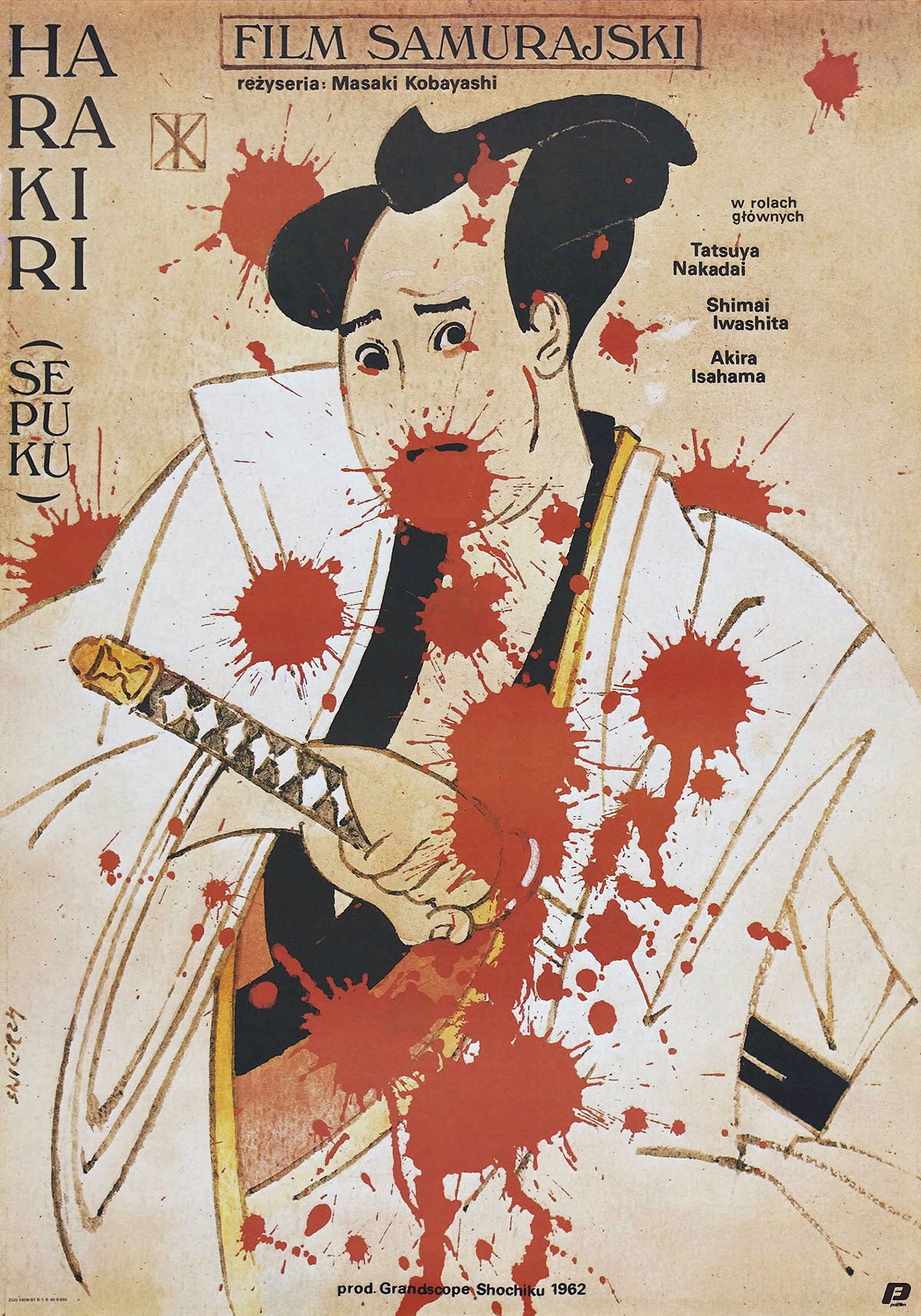