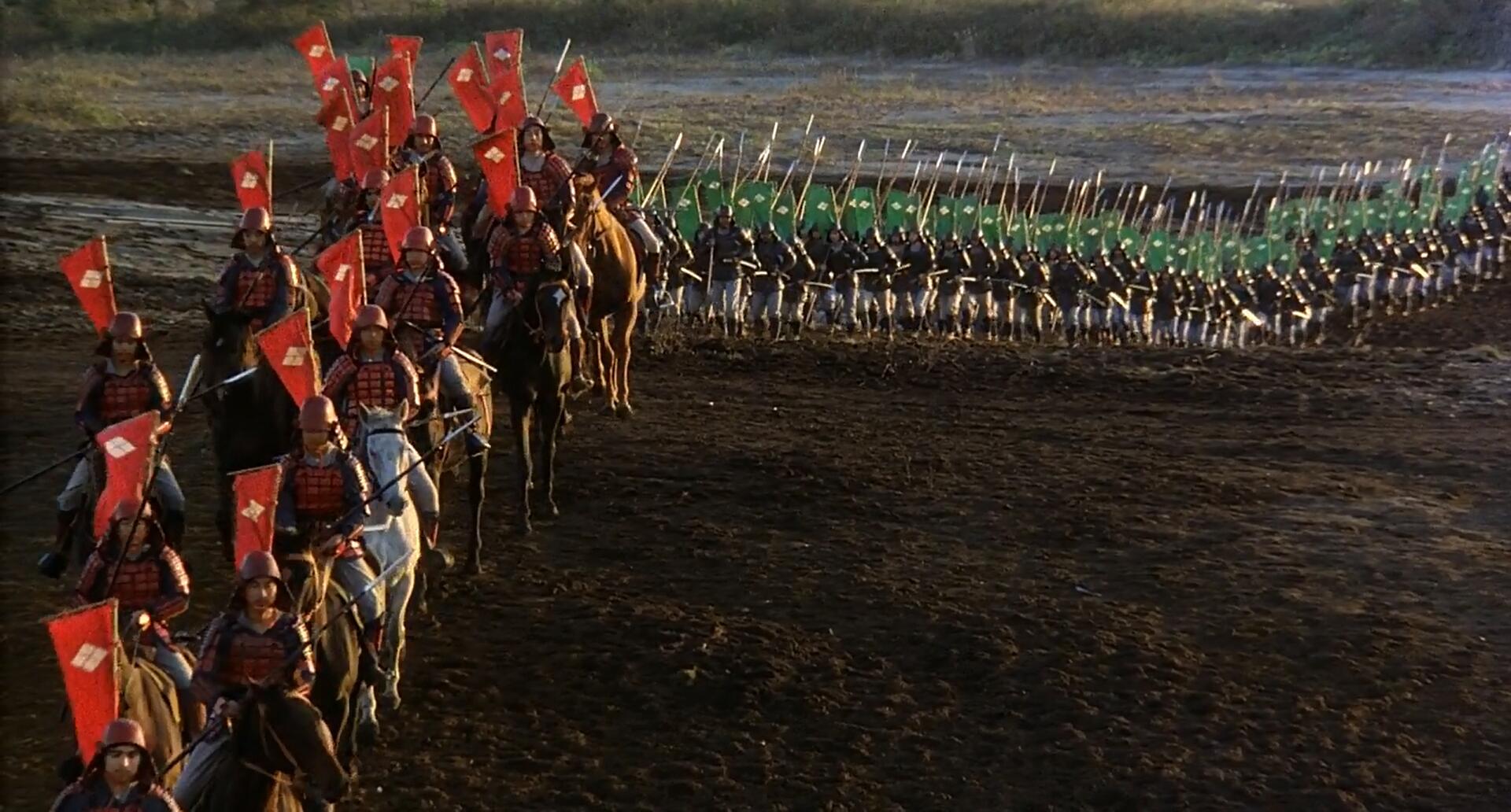 I have seen far too few of Akira Kurosawa's movies, but his 1985 Shakespearean epic Ran has been one of my favorites since I first saw it as a teenager in the mid-1980s, featuring some of the most beautiful visuals and enthralling battle scenes I've ever seen. His preceding movie, Kagemusha, has been heralded in most of the same glowing terms accorded to Ran, and has a fantastically cool poster, so there's really no rational excuse for my not having watched it before now. Its three-hour running time was an obstacle that, for some reason, took some mental fortitude to surmount, but Ran is close to that long, and The Seven Samurai is even longer, and I love those movies, so it's about time I stop with the excuses.

Unfortunately, Kagemusha is not in the same club as Kurosawa's best. While it's miraculously seldom boring, and has a lot of quality, it doesn't fill its epic length with the magnitude of quality I expect from Kurosawa.

Based on an episode in Japanese history, Kagemusha tells the tale of a petty thief who is slated for execution, but is spared due to his uncanny physical resemblance to a warlord who employs lookalikes to fool his adversaries. This lord, Shingen Takeda, is fatally wounded at a time when the status quo in Japan hangs precariously on rival armies fearing his clan's legendary strength, so the "shadow warrior" is called into action to create the illusion that Shingen is still in power, keeping the invaders at bay.

There are many fine aspects to Kagemusha, starting with Tatsuya Nakadai's incredible performance in the title role (and a little bit as Shingen, as well). It's a wide-ranging and nuanced performance, covering the gamut from desperation, indignation, fear and uncertainty, to sweet vulnerability, pride and devotion. I didn't realize while watching this that Nakadai later played the lead role of Hidetora in Ran. That's two major, defining roles of a lifetime given to him from Kurosawa in just a few years, and he's magnificently up to the task. It's a sad, funny, tender and complex performance; he's the best part of the movie.

The main problem I had with Kagemusha is its storytelling. While the concept is intriguing, and the main character brilliantly played, you expect a 3-hour movie to have ample time for exposition. However, this movie seems to require much more than a cursory knowledge of Japanese feudal-era history to understand what's happening. I spent about half of the running time wondering who people were, which armies were which, why there were significant reactions from characters to whom we weren't introduced and were never seen again, why I'm watching two minor characters spending several minutes sharing some tea, etc. All that made it very difficult to invest in the story or characters. I never understood the basic context of the story — why the Takeda clan was important — or felt emotionally invested in the political manuevering that drove the plot. I didn't really understand who was attacking the Takedas, or why, and the final battle scene begs the question of why they bothered waiting so long in the first place if that's how they were going to do it. A lot is made of Shingen Takeda's self-appointed reputation as a immovable mountain, but when we see it in action, it doesn't make much sense. There seems to be several tragic stories at play inside Kagemusha, but Kurosawa only sort of shrugging hints at them and then walks away. Very slowly.

There are a number of praiseworthy shots in Kagemusha — Kurosawa is an unparalleled master of frame composition and color — but nothing for me that even remotely matches the sweeping majesty or emotional turbulence of Ran. I liked watching almost all 3-hours of Kagemusha, I just wan't engrossed by it, and the painstakingly long and pointless 4-minute scene of dying soldiers and horses flailing in the mud betrayed Kurosawa's indulgence near the end. This is decent Kurosawa, which is still better than the best movies of lesser filmmakers, but not one I plan to watch again when he has so many others that I haven't seen and a few I have that are profoundly magnificent. 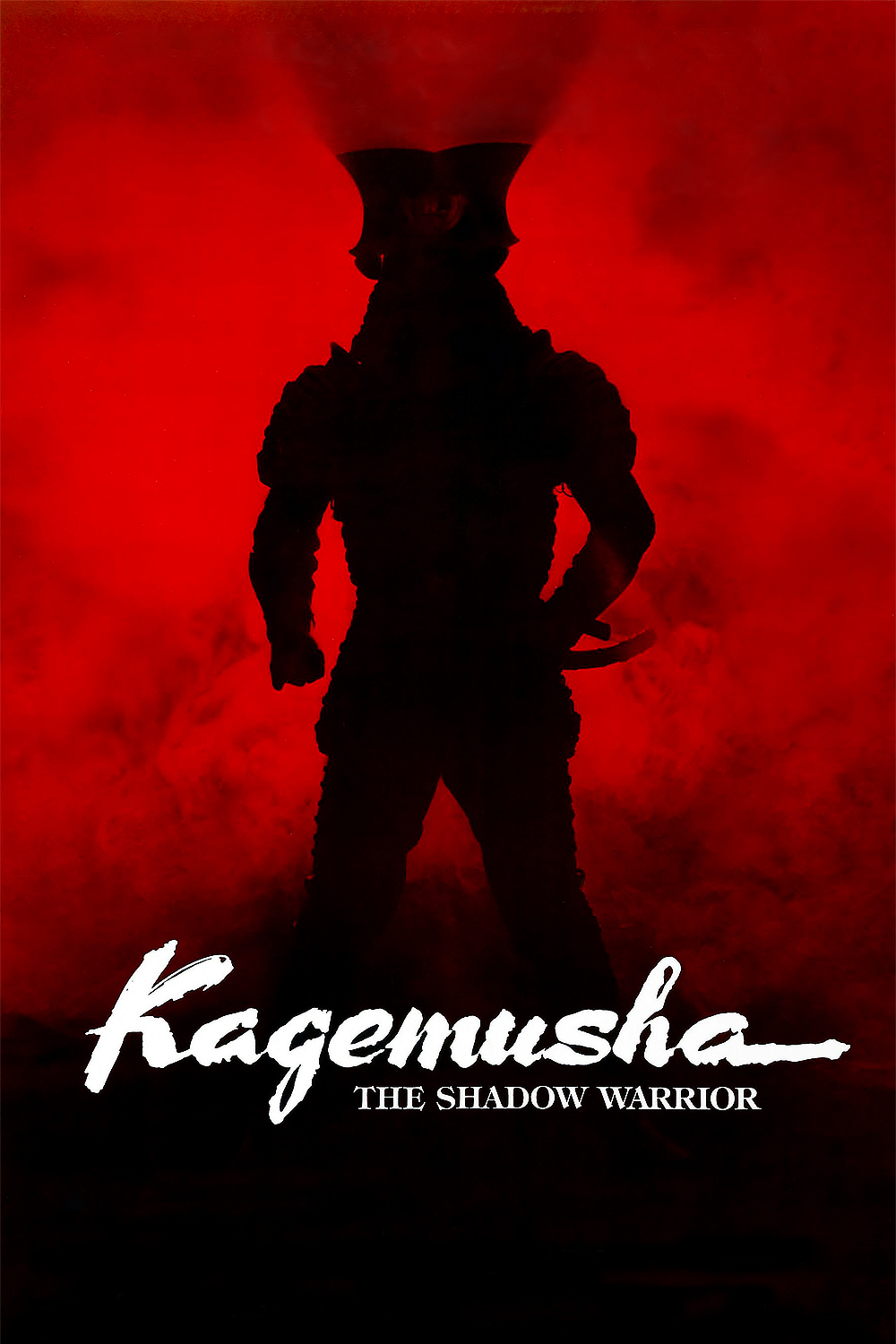 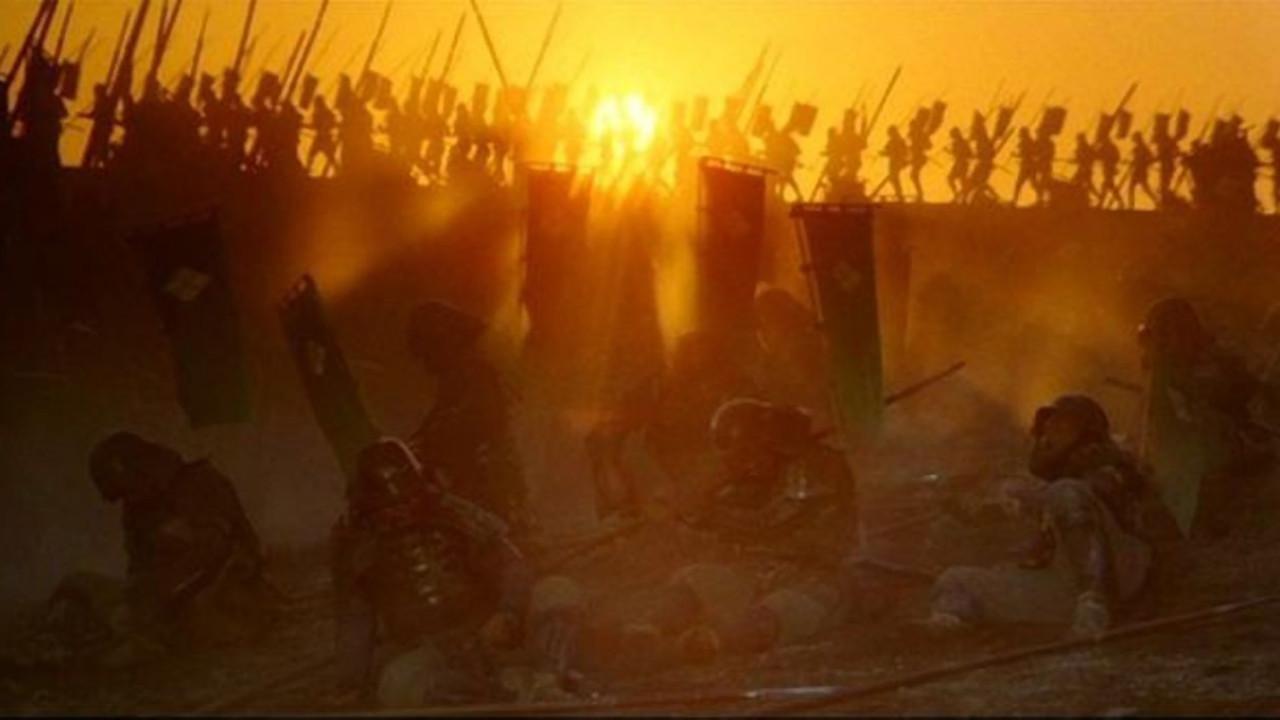 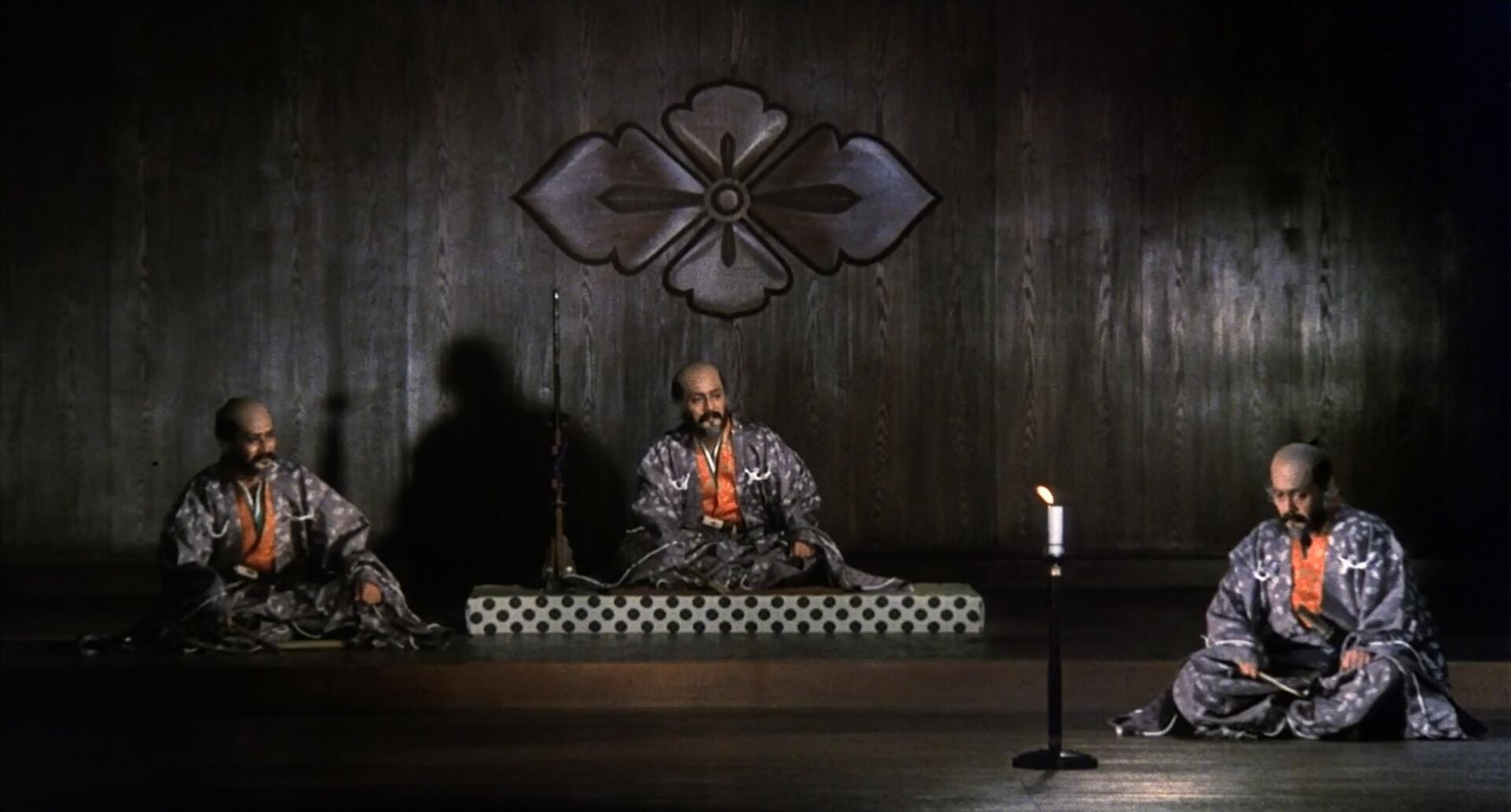 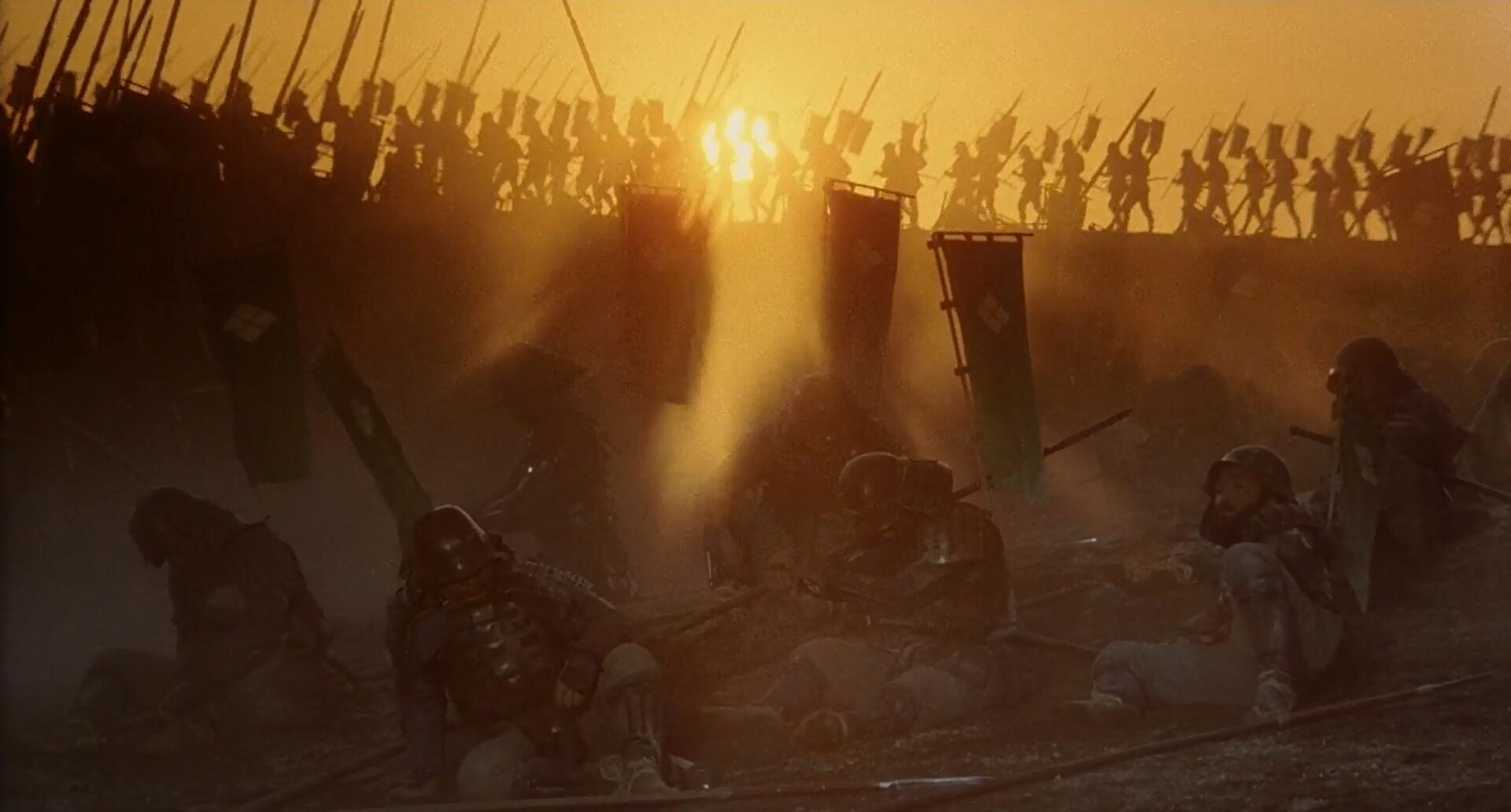 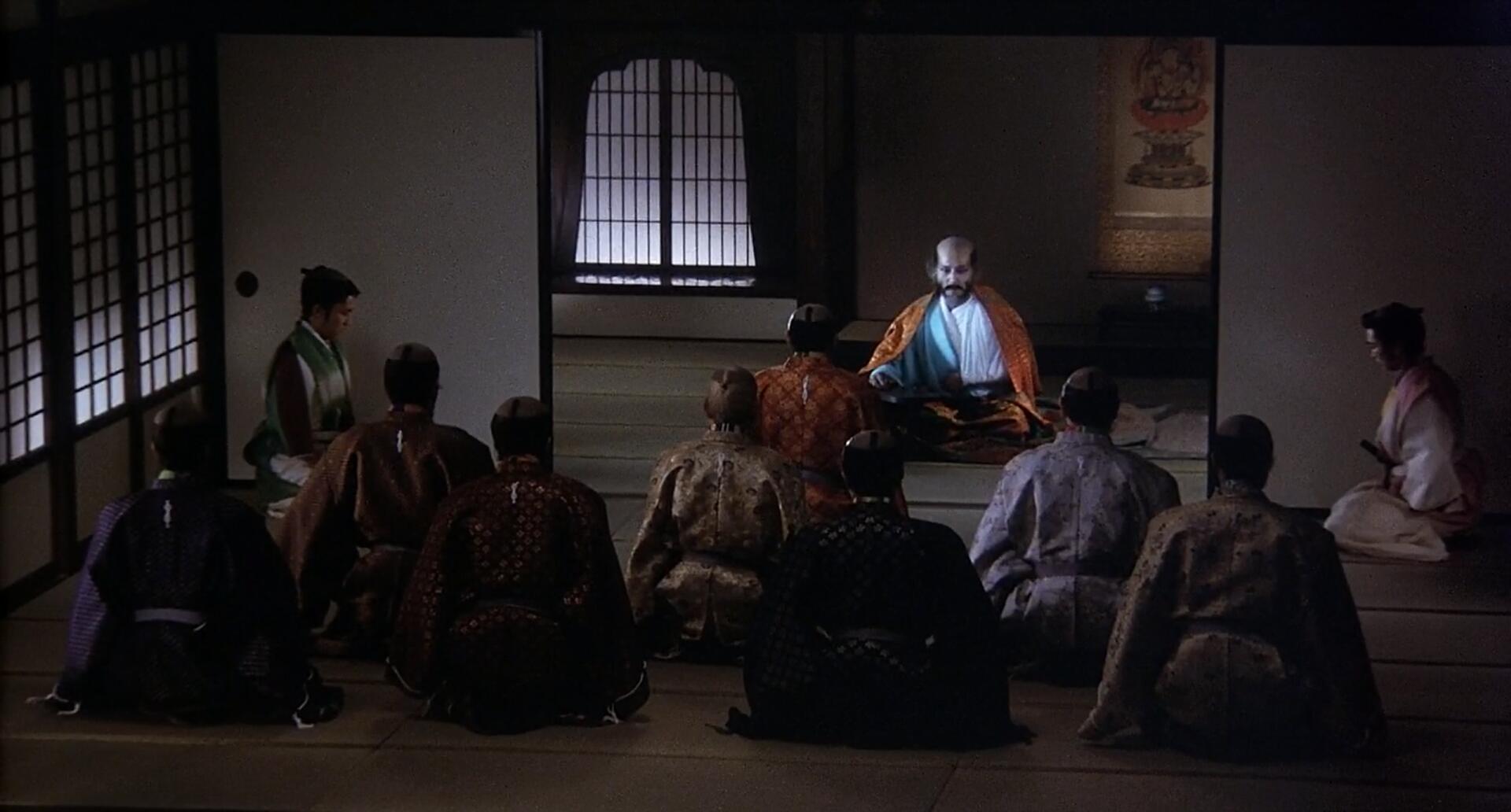 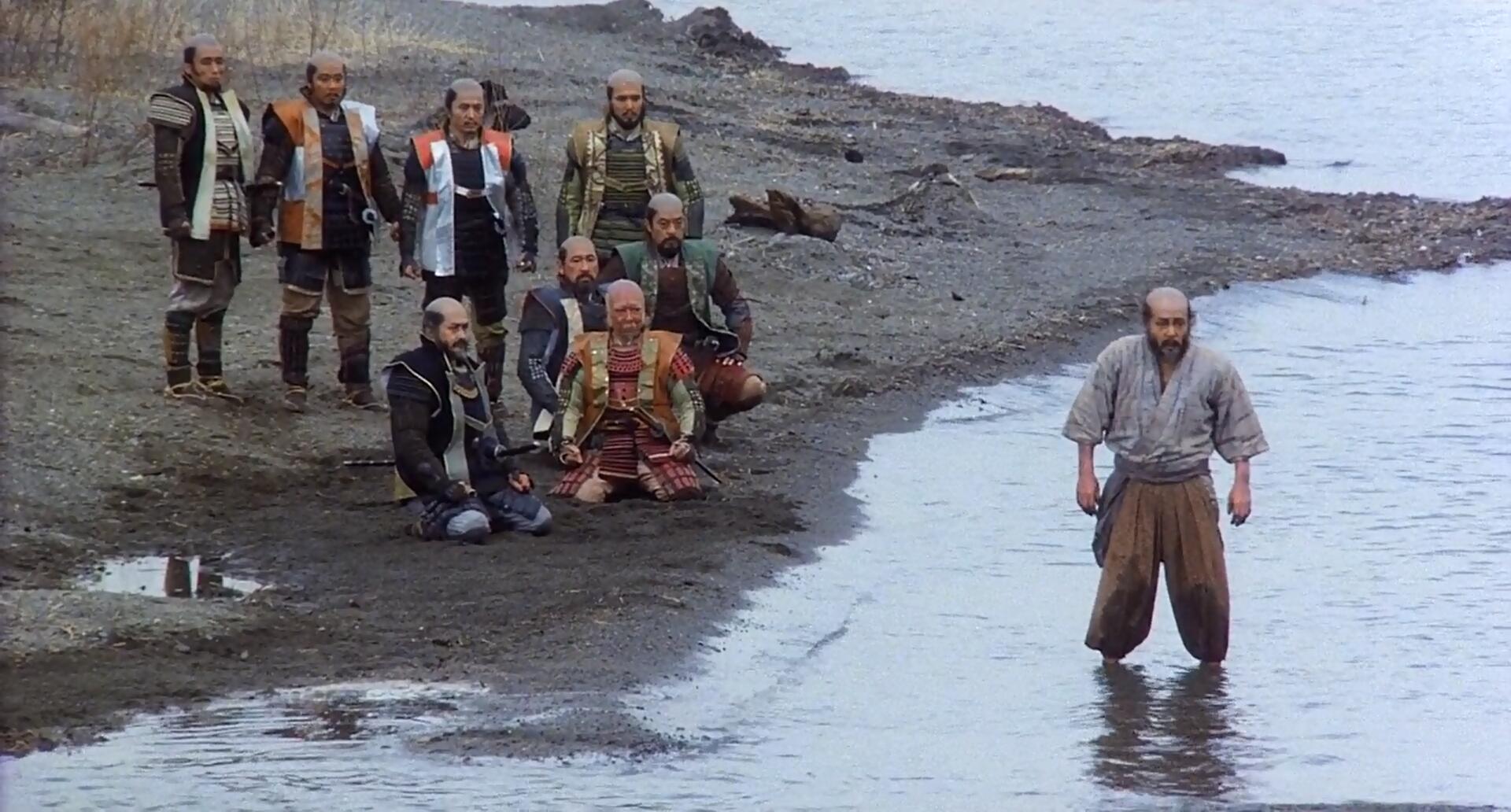 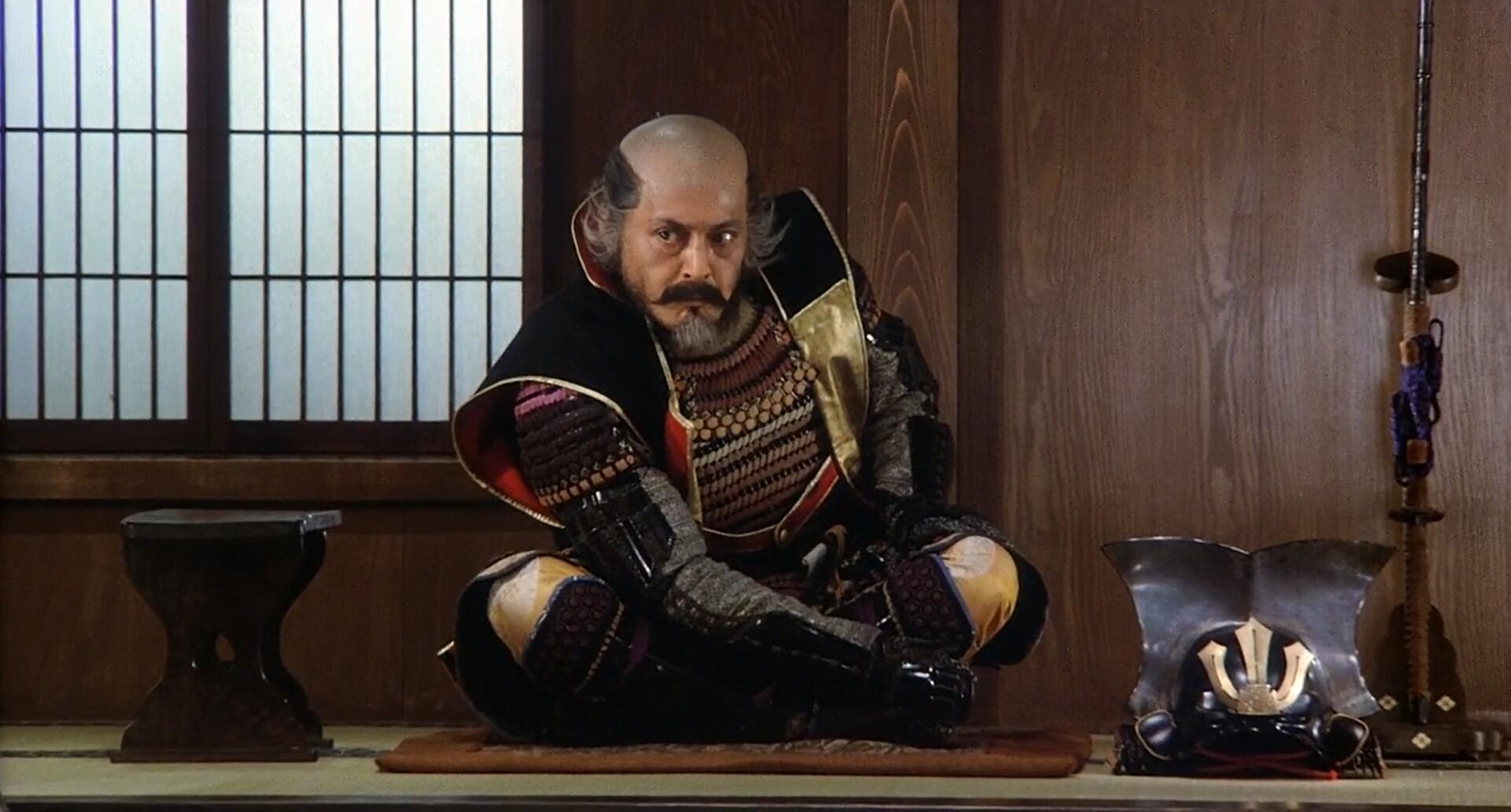 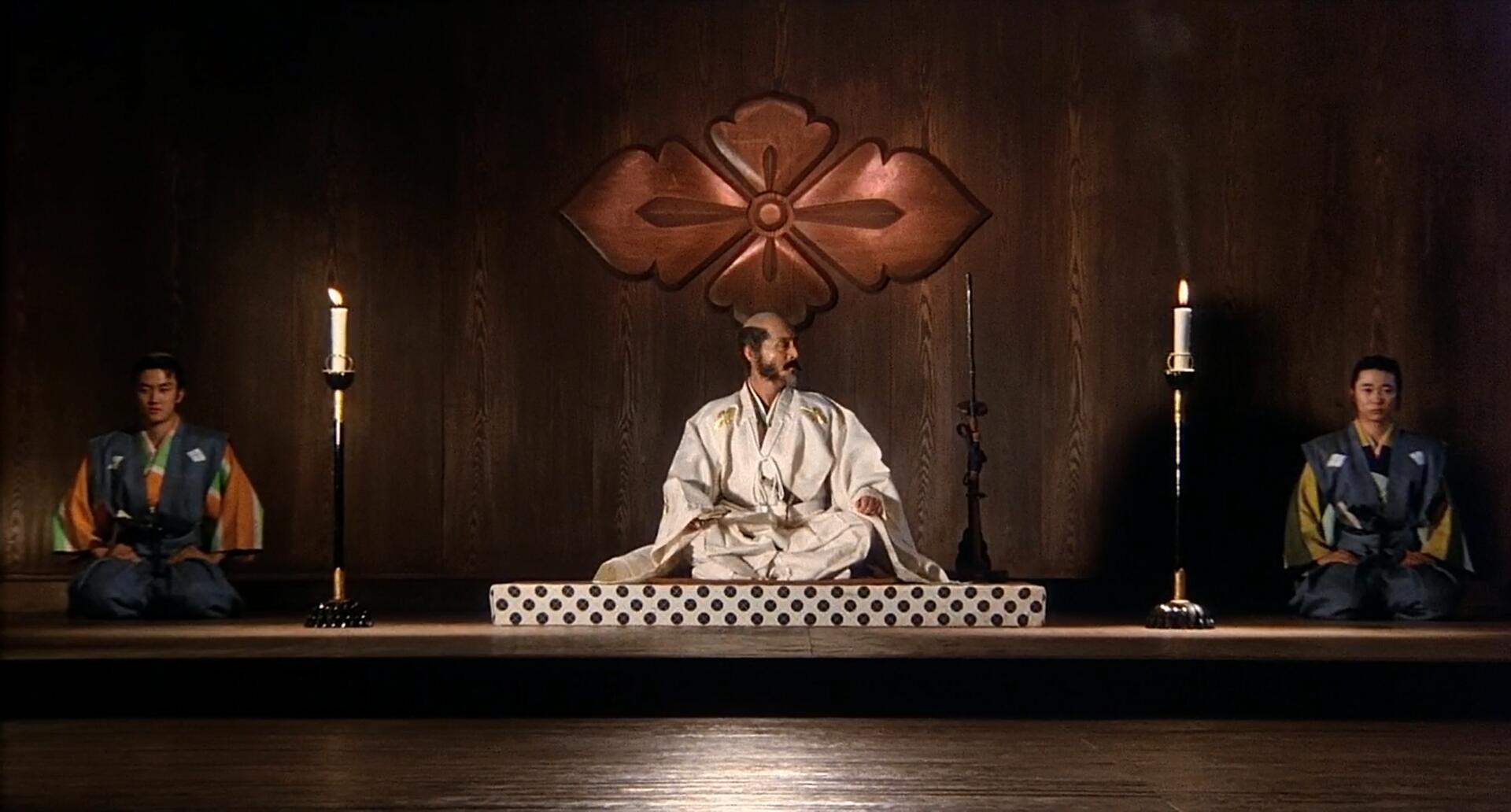 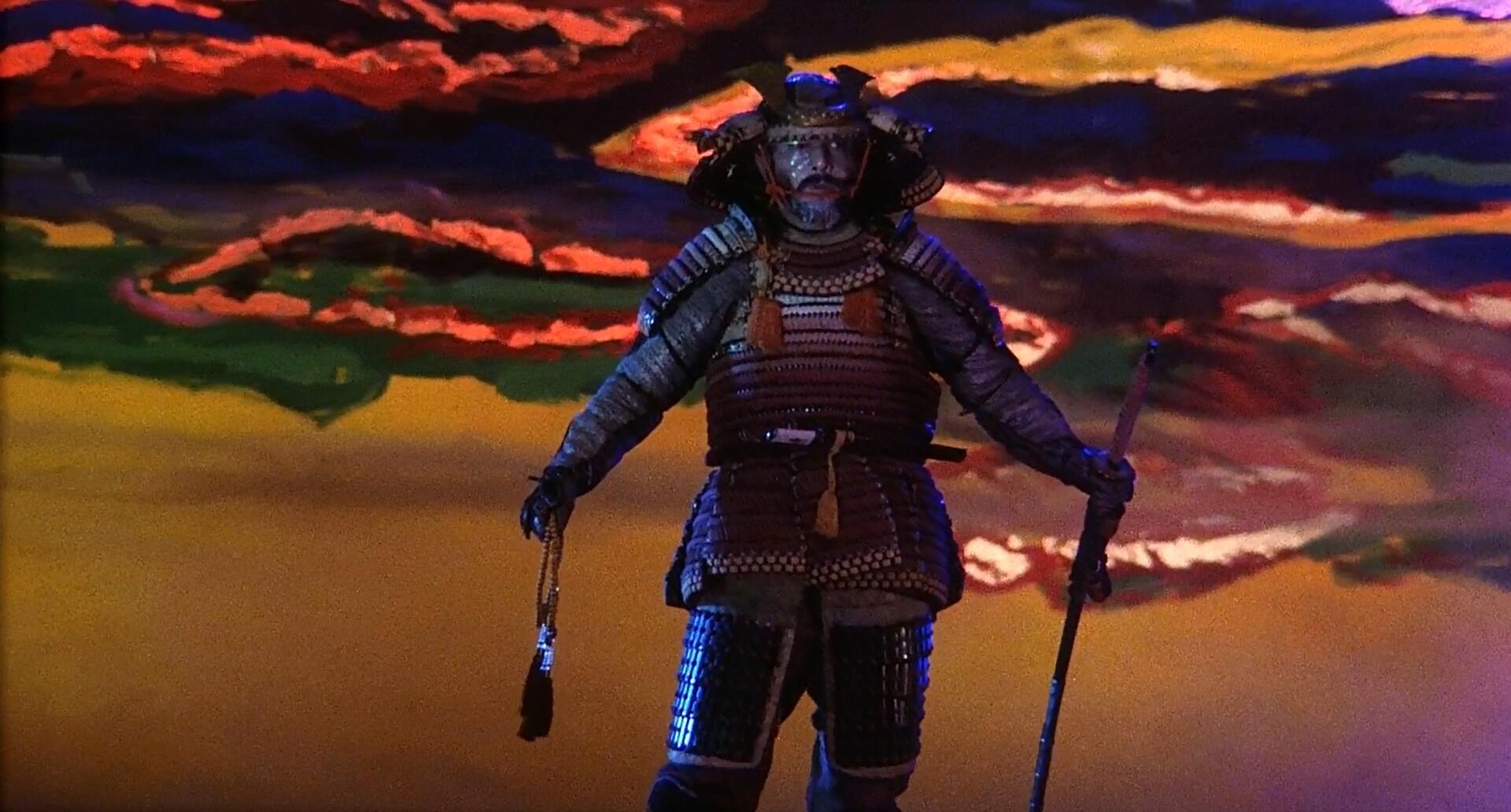 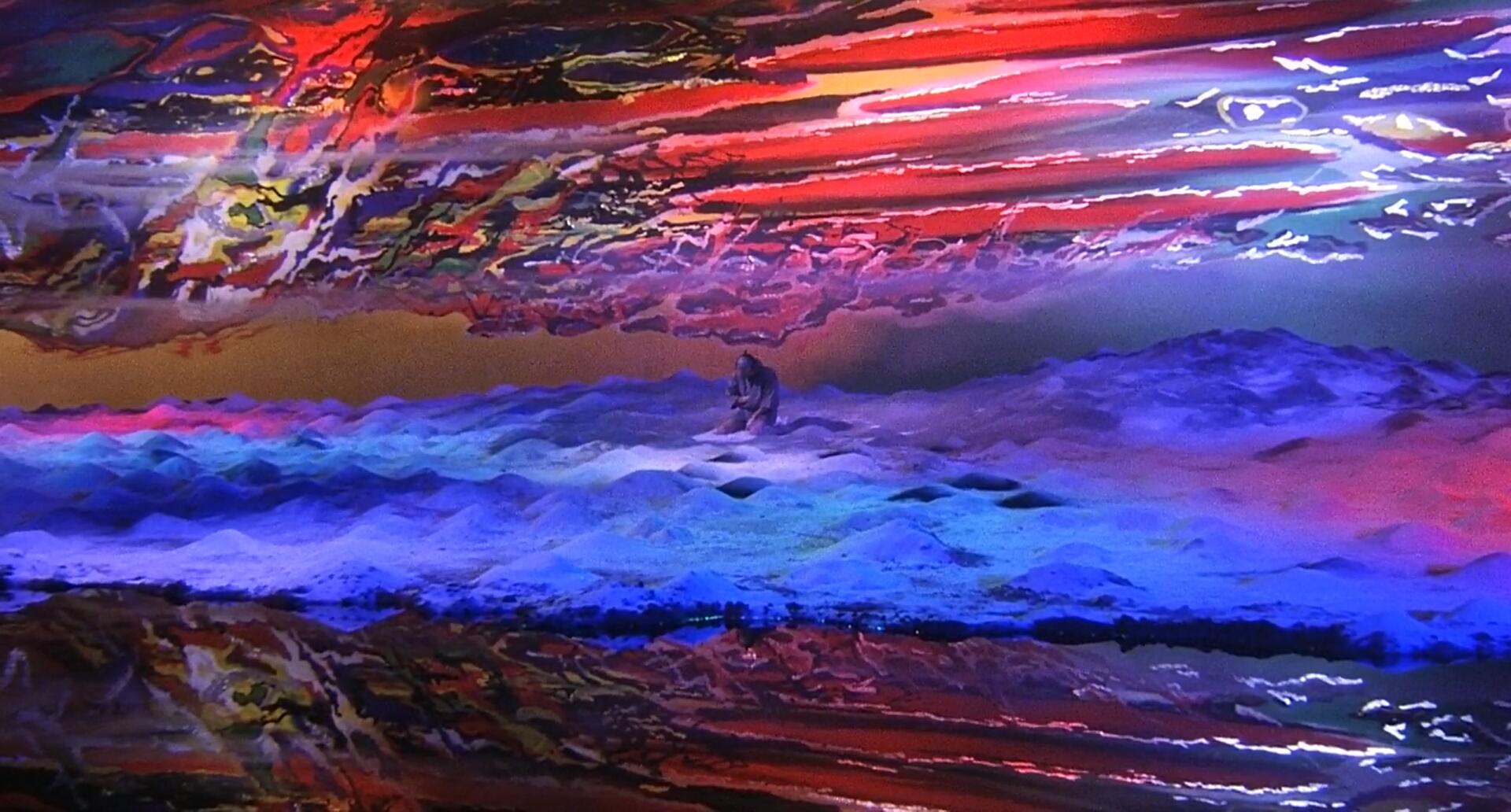 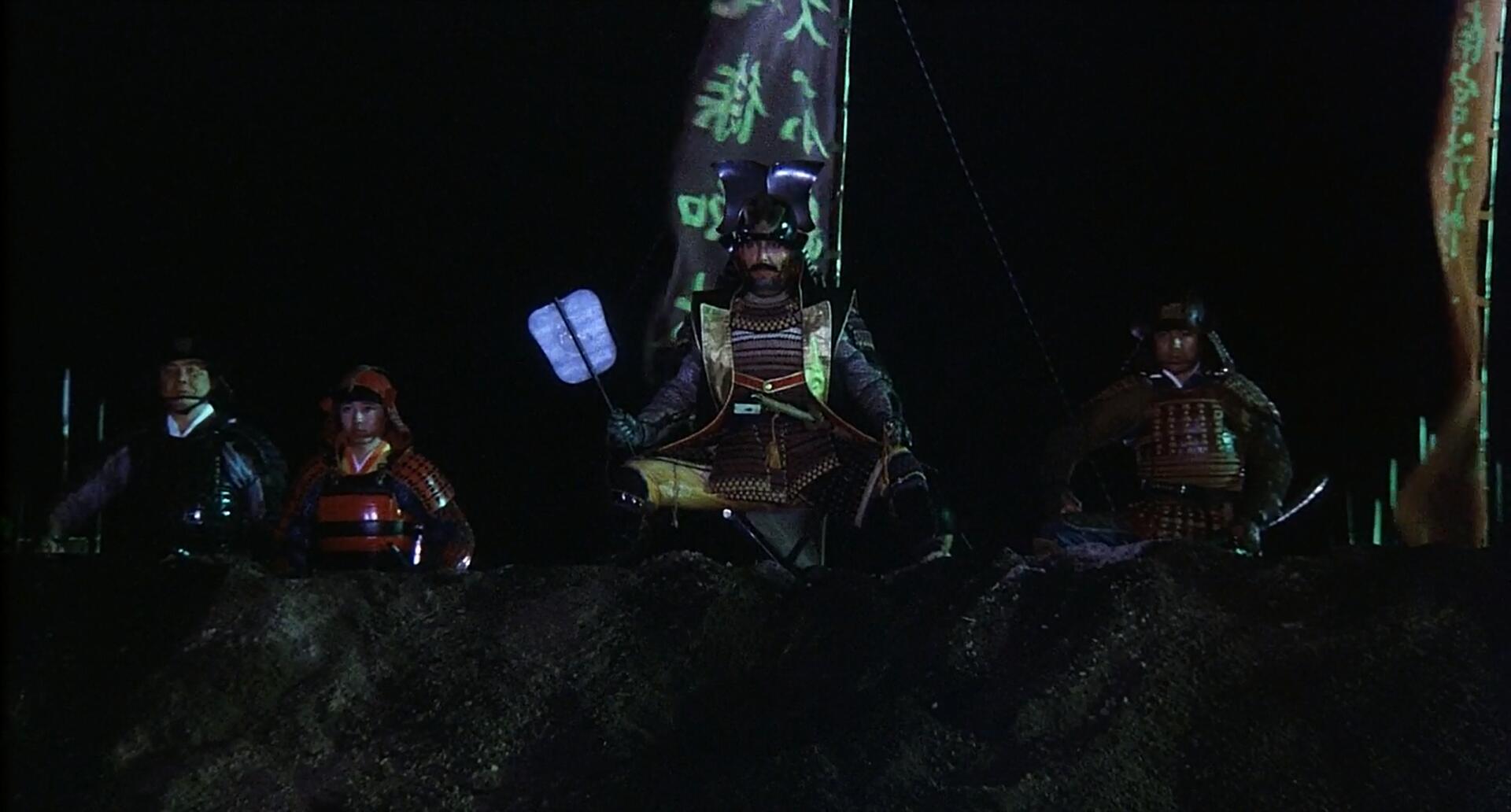 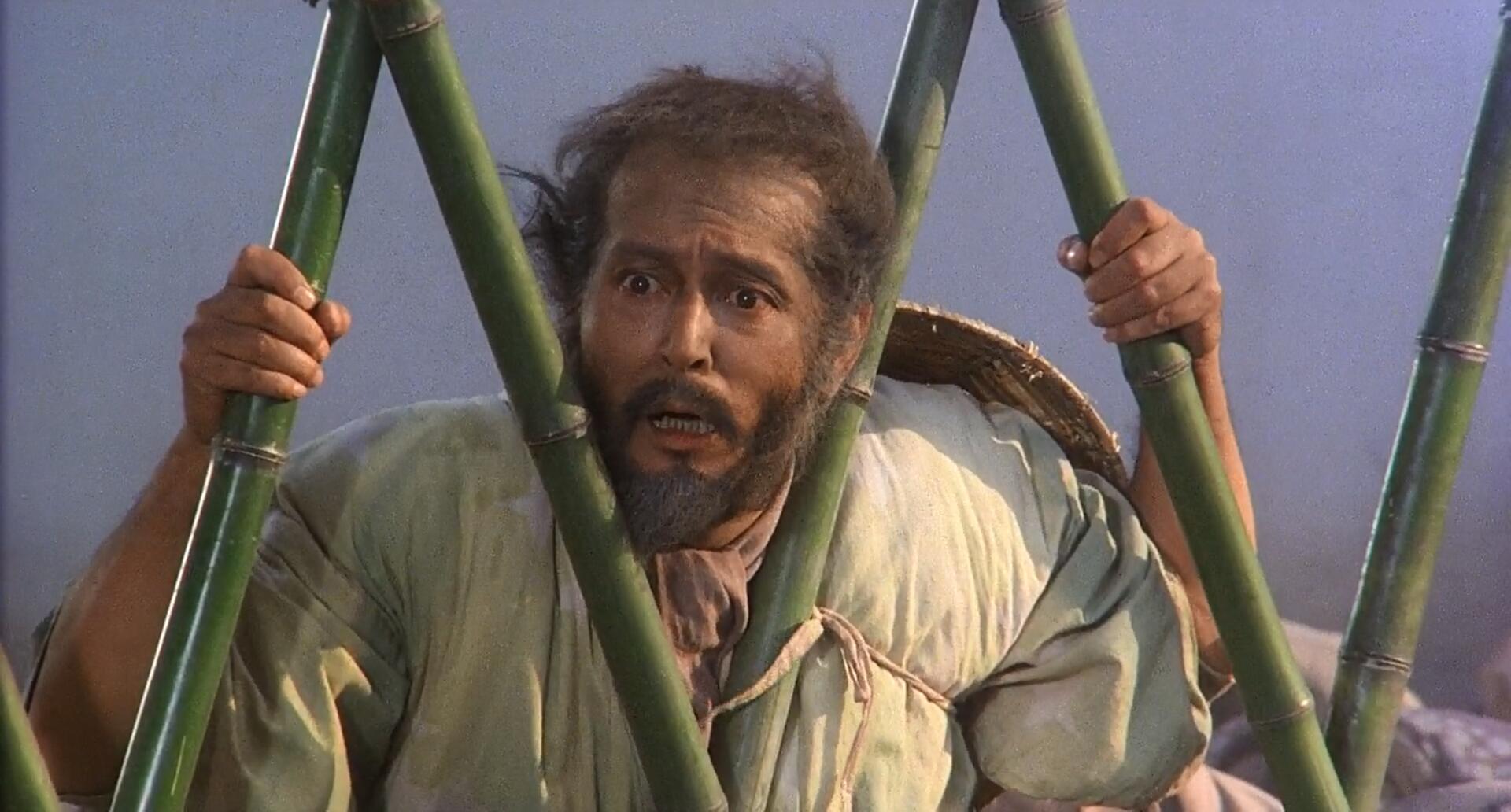 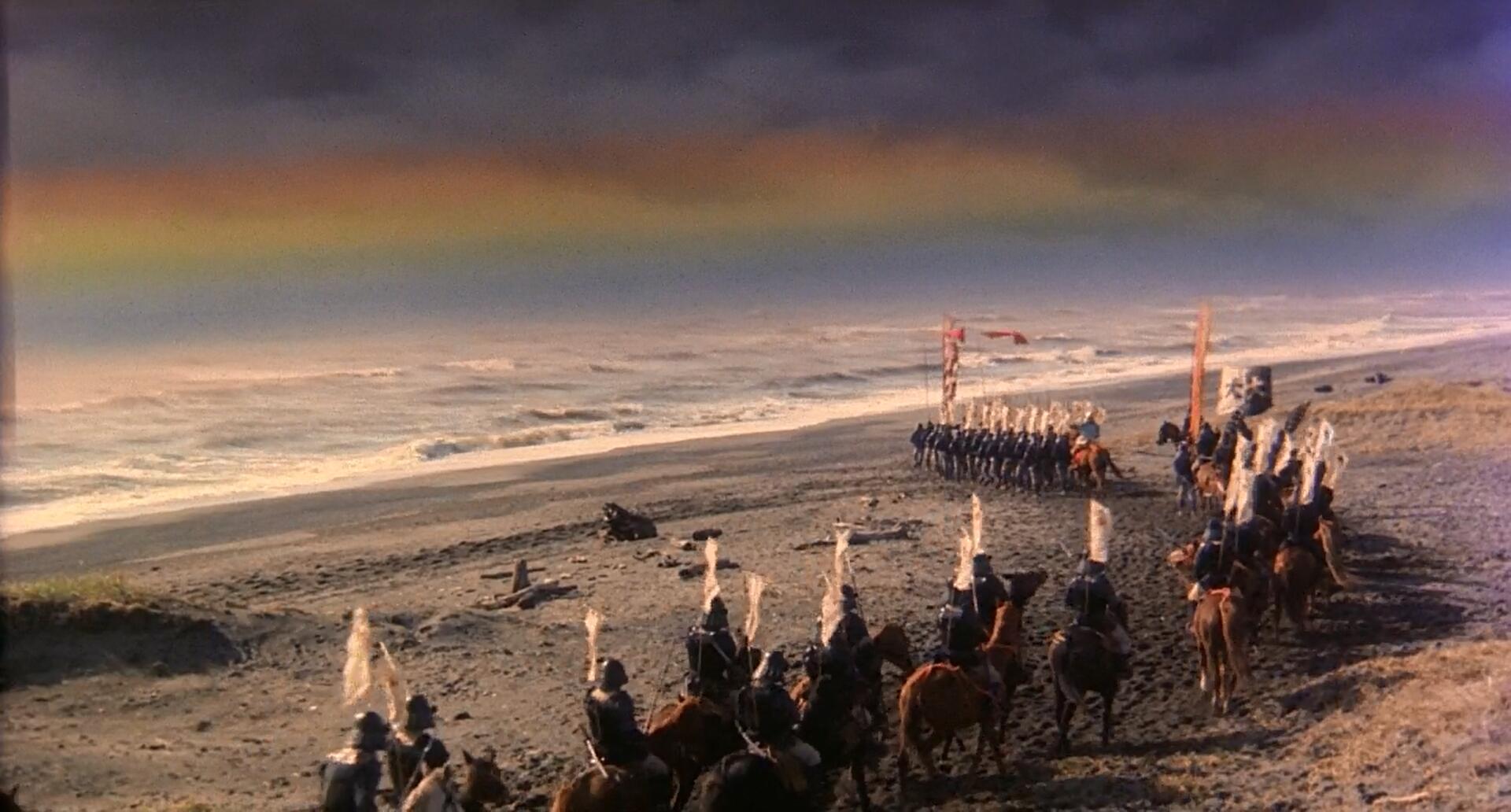 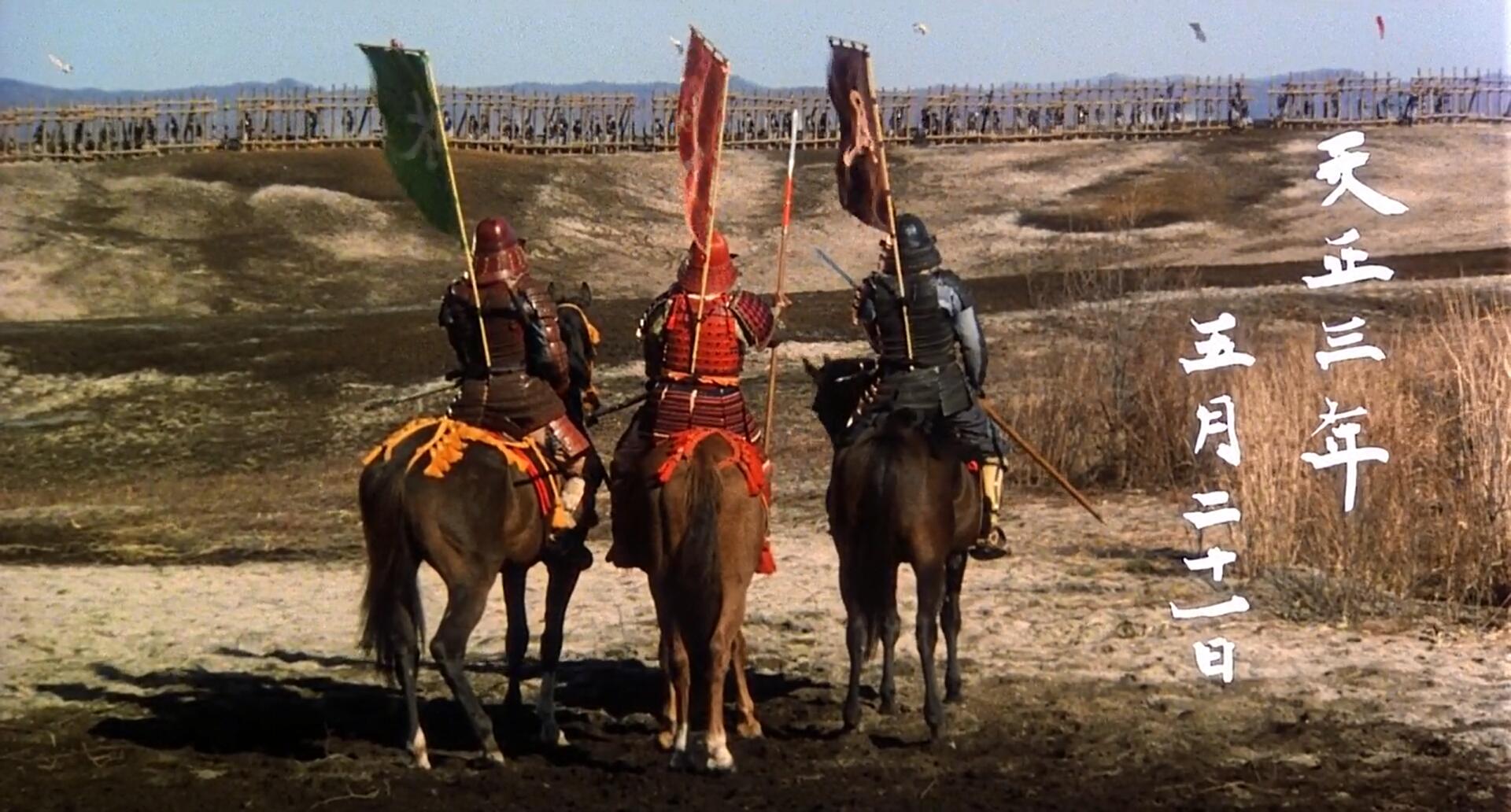 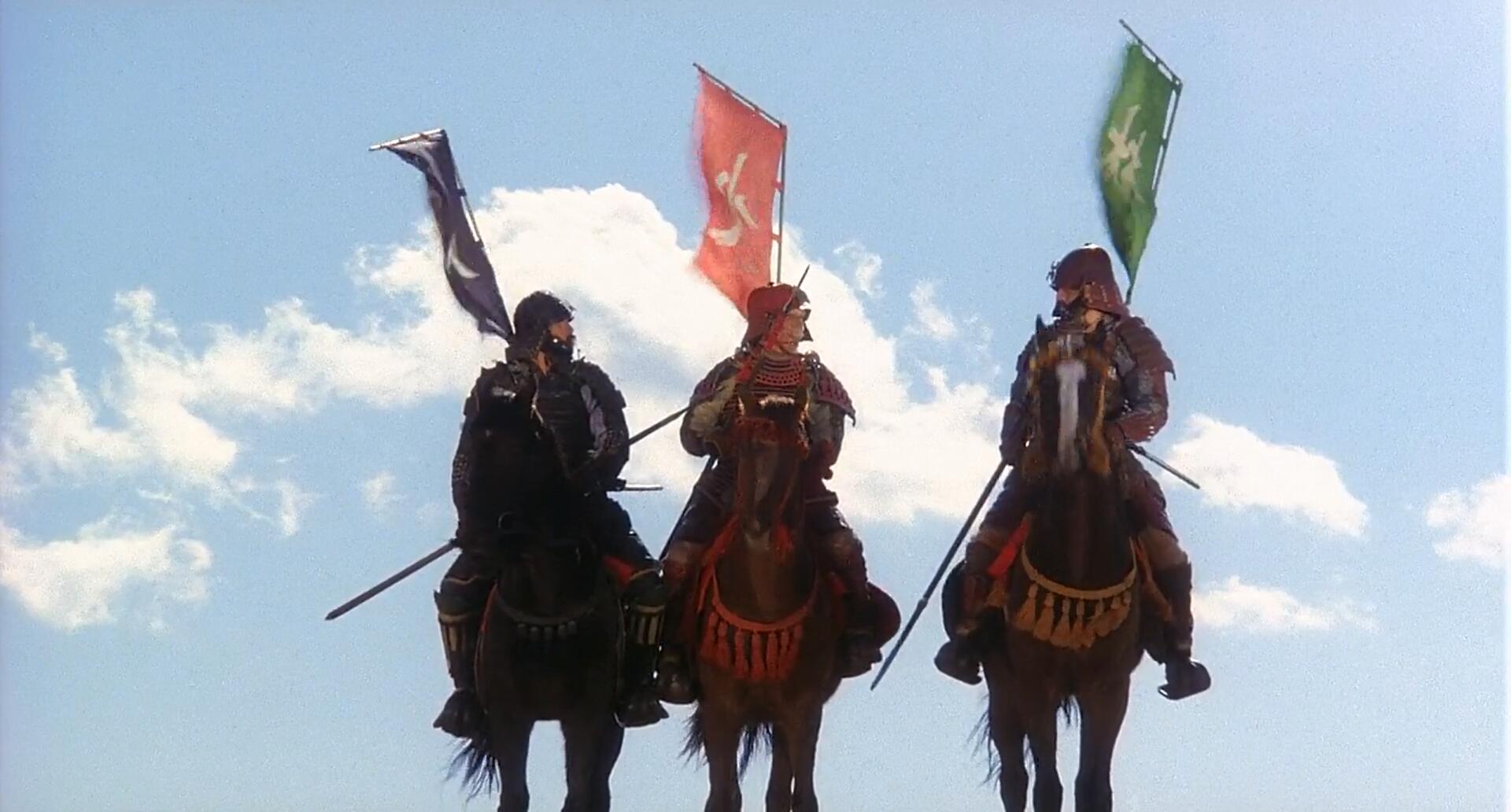 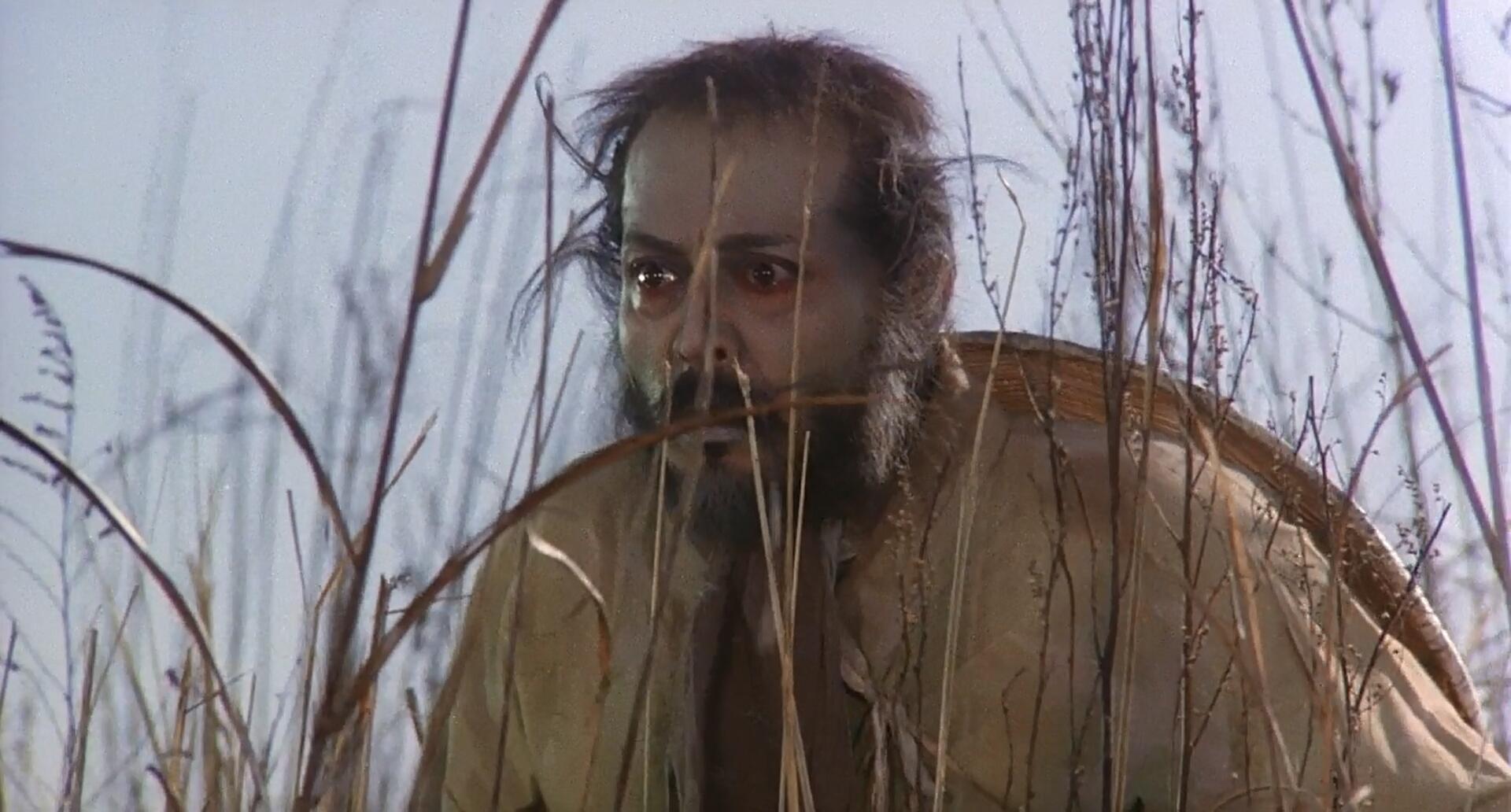 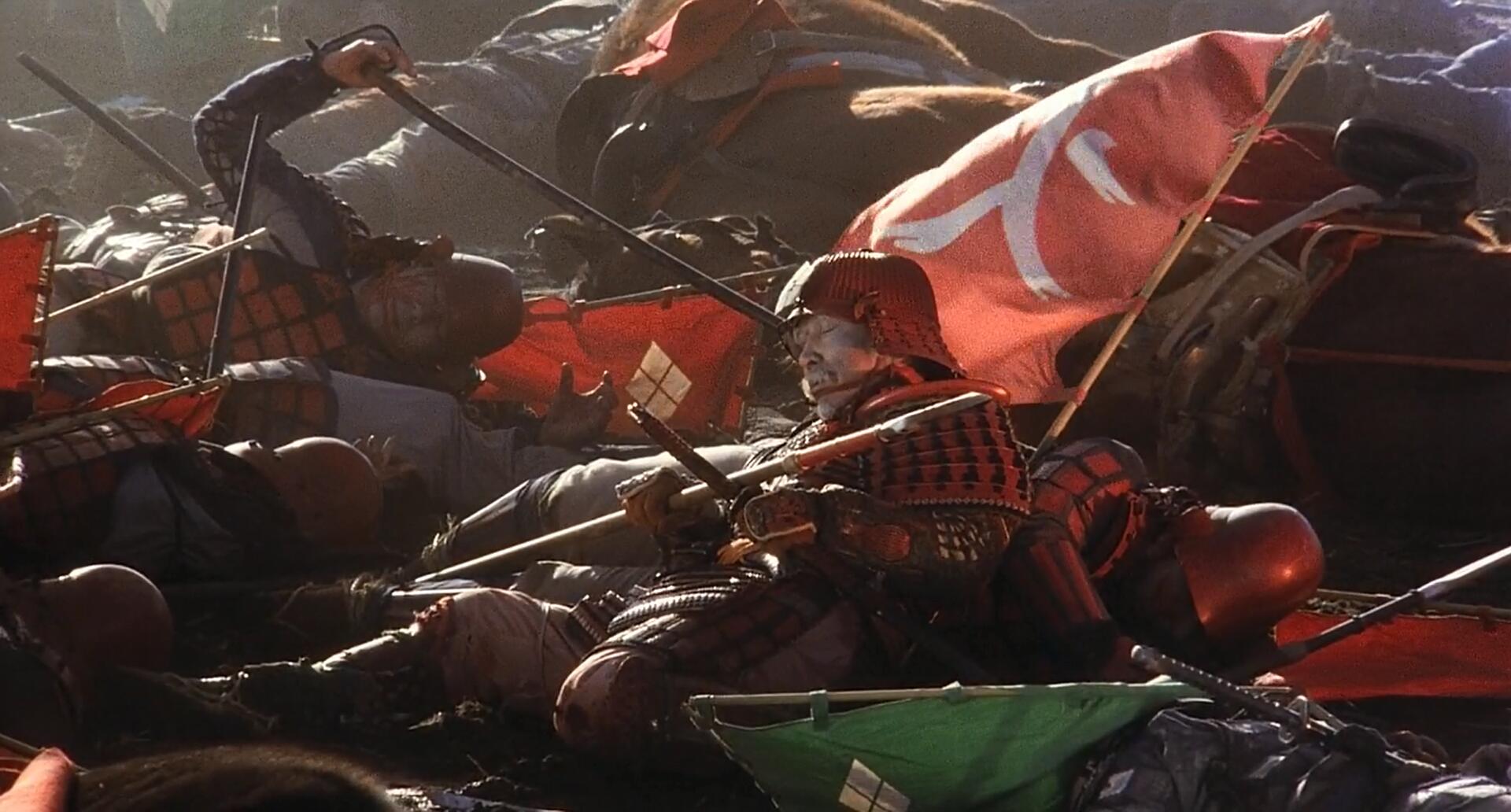 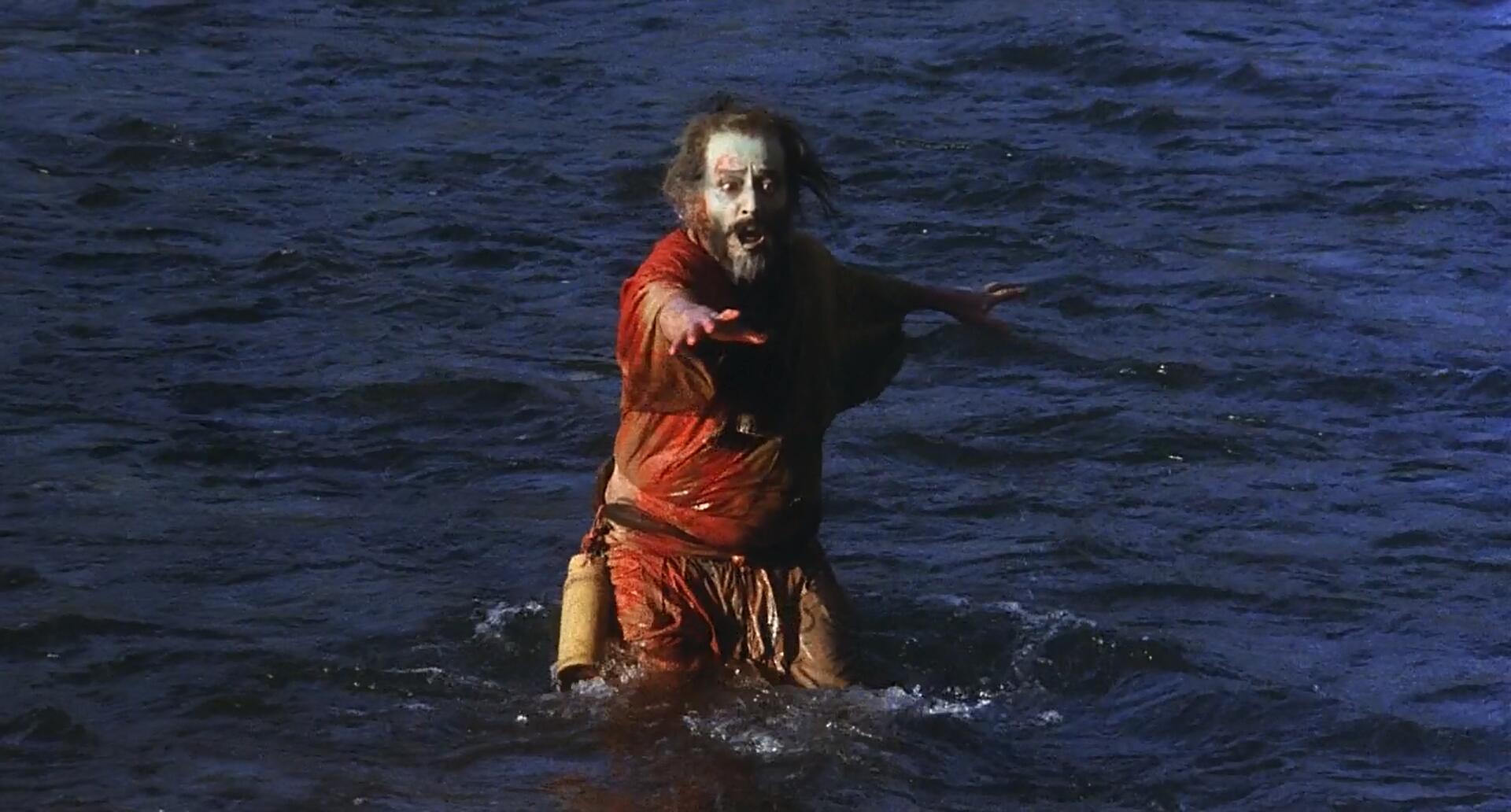