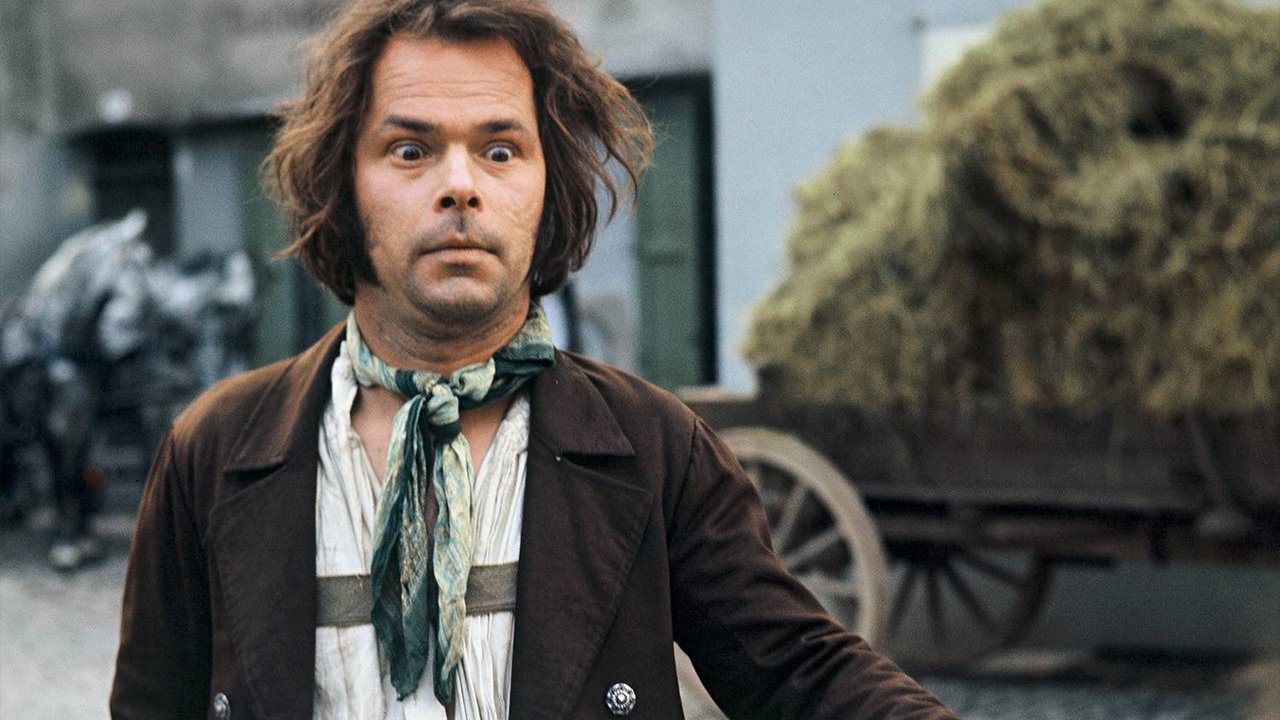 The Enigma of Kaspar Hauser (1974): Reviewed

Werner Herzog is another director of whose movies I am shamefully ignorant. I saw Fitzcarraldo & Nosferatu, the Vamypr too long ago to remember. I did see his name-only Bad Lieutenant sequel, and liked it, and some Loch Ness movie in which he acted as himself, and hated it. I've started a couple of his documentaries, but haven't finished them. I don't have anything personal against Herzog, his movies just don't motivate me.

Maybe part of it is that I kind of have an aversion to German cinema of the 1970s, which is when he emerged. This is unfair of me, because that is mostly due to a college film professor of mine who made me watch several dour Rainer Werner Fassbinder movies which made me feel like I had been locked alone in a dark, dank room at the mercy of a silent, nihilist overlord.

Based on a (possibly) true story, The Enigma of Kaspar Hauser is about a young man in 1820s Germany who has been locked alone in a dark, dank room at the mercy of a silent, nihilist overlord for his entire life. Then, with no explanation, his mysterious captor releases Kaspar, leaving him in a town square with nothing but a letter and a prayer book. Herzog uses this premise to explore the idea that life itself, and the treatment of man by other men, is comparably (and possibly more) perplexing and torturous to the solitary confinement Kaspar endures for his first 16 years. Cheery stuff, Werner.

I like Herzog as an aestheticist. He has a naturalistic style, a good eye, and uses long takes in which the actors have room to create a believable facsimile of life. Herzog's bleak worldview isn't always my cup of tea, but I think I could like it given the right project. My problems with The Enigma of Kaspar Hauser are that I don't really like how this particular story is developed, and I found Bruno S.' performance in the lead role suitably strange, but lacking depth.

The psychological damage caused to Kaspar by his traumatic conditioning is mistaken for feeble-mindedness, but Herzog eventually reveals him to be a kind of "holy fool." This is a trope that I always find irritating: when mentally disabled or simpleminded characters are revealed as prolific founts of sage-like wisdom and/or wondrous artistry, causing normal-abled folk to marvel at the profound life lessons imparted by mongoloids. It's often a cheaply sentimental and condescending narrative trick, and not one I would expect from a sourpuss like Herzog. While he goes there — Kaspar eventually wrestles with philosophy, writes prolifically, and is a master garden designer, but a thankfully crummy piano player — he does so with minimum sap; still, there must've been myriad better narrative options. the real-life Kaspar Hauser, after a brief glimmer of public fascination, was widely suspected of opportunistically lying about his "ordeal," but in Herzog's version he is damaged but sincere, and too dangerously close to saintly for my taste.

A more important negative for me was the casting of Bruno S. as Kaspar. Although many praised this conspicuous acting debut, it seems to me its off-beat nature owes more to the mental instability of of the actor — who seems to have had more than his share of real-life trauma and horror — rather than a believable depiction of the movie's character. Bruno S. employs a limited bag of tricks: staring into space, looking around furtively, and posing like a statue with tears running down his stone face. I never felt that he realized or injected any authentic humanity into this unusual character, and this falseness kept me from becoming involved in his story. It also didn't help that Kaspar is supposed to be about 16 years old when he was released, but looks 40 (Bruno S. was 42).

Because I did not take to the portrayal of the title character, Herzog's deliberate pacing was, at times, excruciating. Once I suspected that he was going down the "holy fool" route, there were few surprises for long stretches, and there was no compelling performance to keep me engaged. I still appreciated the filmmaking, and it had moments of brightness, but not enough to enjoy the movie. One of these days I'm going to come across Aguirre: Wrath of God on one of these PopGap lists, and that may be the make-or-break Herzog for me.

Trailer for The Enigma of Kaspar Hauser (1974) 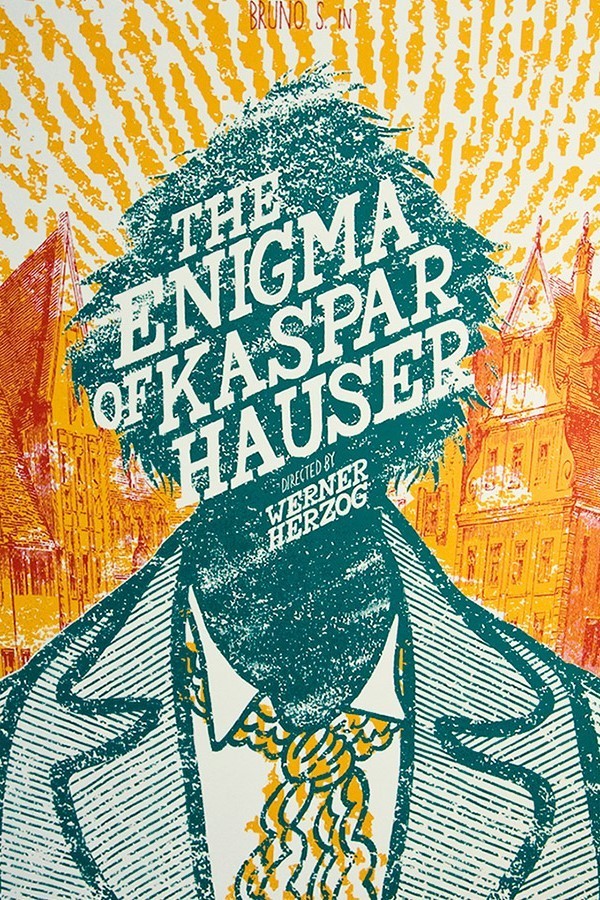