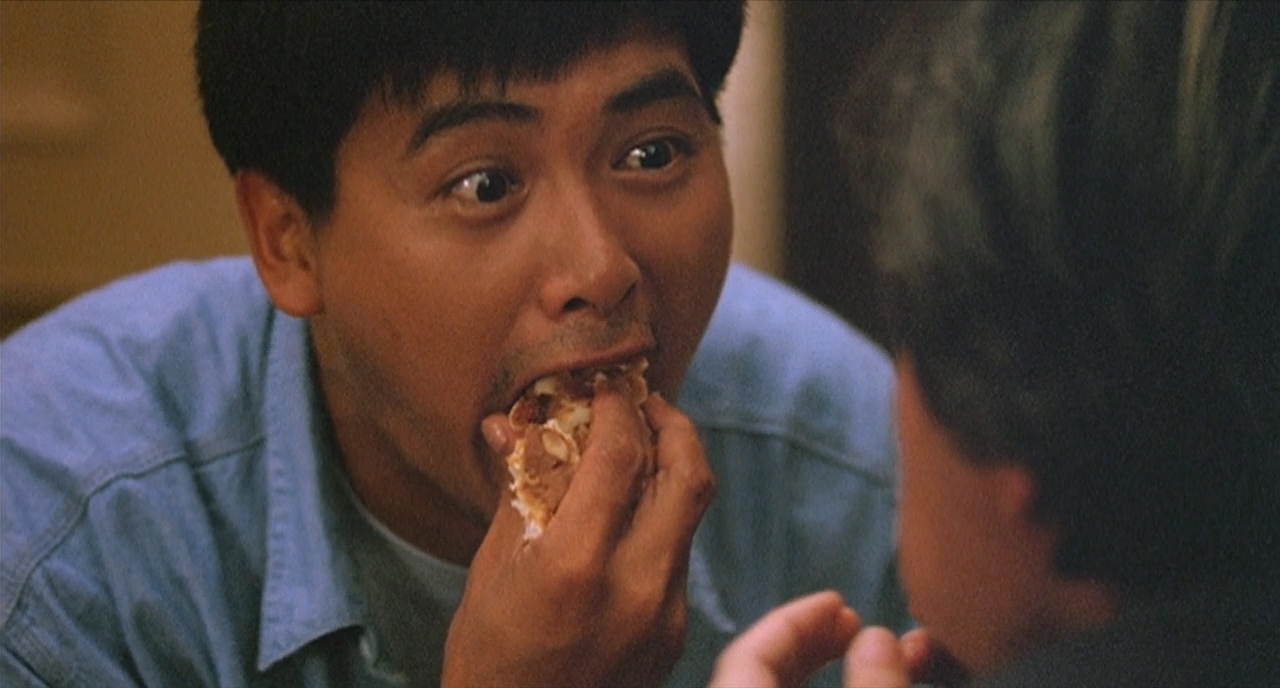 If A Better Tomorrow is half-baked, its sequel is a microwave stuffed full of marshmallows, baked beans, fresh fruit and silverware, turned on high for 90 minutes and left unattended.

According to Ric Meyers' book Films of Fury: the Kung Fu Movie Book, director John Woo didn't want to make a sequel to his acclaimed breakthrough, but was persuaded by his producer, the influential Tsui Hark. the result is Woo Gone Wild, as if he just spilled out the unfiltered contents of his mind onto the film and finger-painted this insane story out of blood and brain matter.

The plot of A Better Tomorrow 2 is not coherent enough to attempt summarizing. Ti Lung and Leslie Cheung are back in the same roles, but Chow Yun-fat returns as Mark's twin brother, Kevin, a restaurateur whose rage issues are channeled through food. Oh, the food in this movie. of all of Woo's weirdest fetishes, his dramatic, recurring use of food in A Better Tomorrow 2 is bizarre and hilarious, and Chow Yun-Fat typically commits to it 1000%.

A Better Tomorrow 2 isn't a good movie. It has all of the problems of its predecessor, but worse, and amplified by what appears to be a mental breakdown conducted with a bullhorn from the director's chair. But it is fascinating, disturbing, amazing and full of food; and the final showdown is pure Woo pageantry, an extravaganza of violent mayhem that is equal to the brilliant carnage in The Killer and Hard Boiled. Sheer craziness makes this more entertaining than the slapdash original, but it's a greater magnitude of awe and not appreciation.

I suppose it's pertinent to ask the question, "But are they Kung fu movies?" I don't think so (although there is a scene with some martial arts in A Better Tomorrow). However, Meyers, whose book contains a chapter on "Gun Fu" that covers Woo's career and the rise of hyperactive Hong Kong action cinema, included both of these movies on his list of "The Top 100 Kung Fu Movies 1966-2010," and I didn't remember anything from either of them, so I kept them on this month's list as an overdue re-watch. Also, Woo's The Killer started my interest in movies from this region over 20 years ago, and it was the exposure his movies earned that brought Jackie Chan and other Tsui Hark movies to the Portland art houses in the early 1990s, so Woo is, in a way, responsible for this month's Popgap. 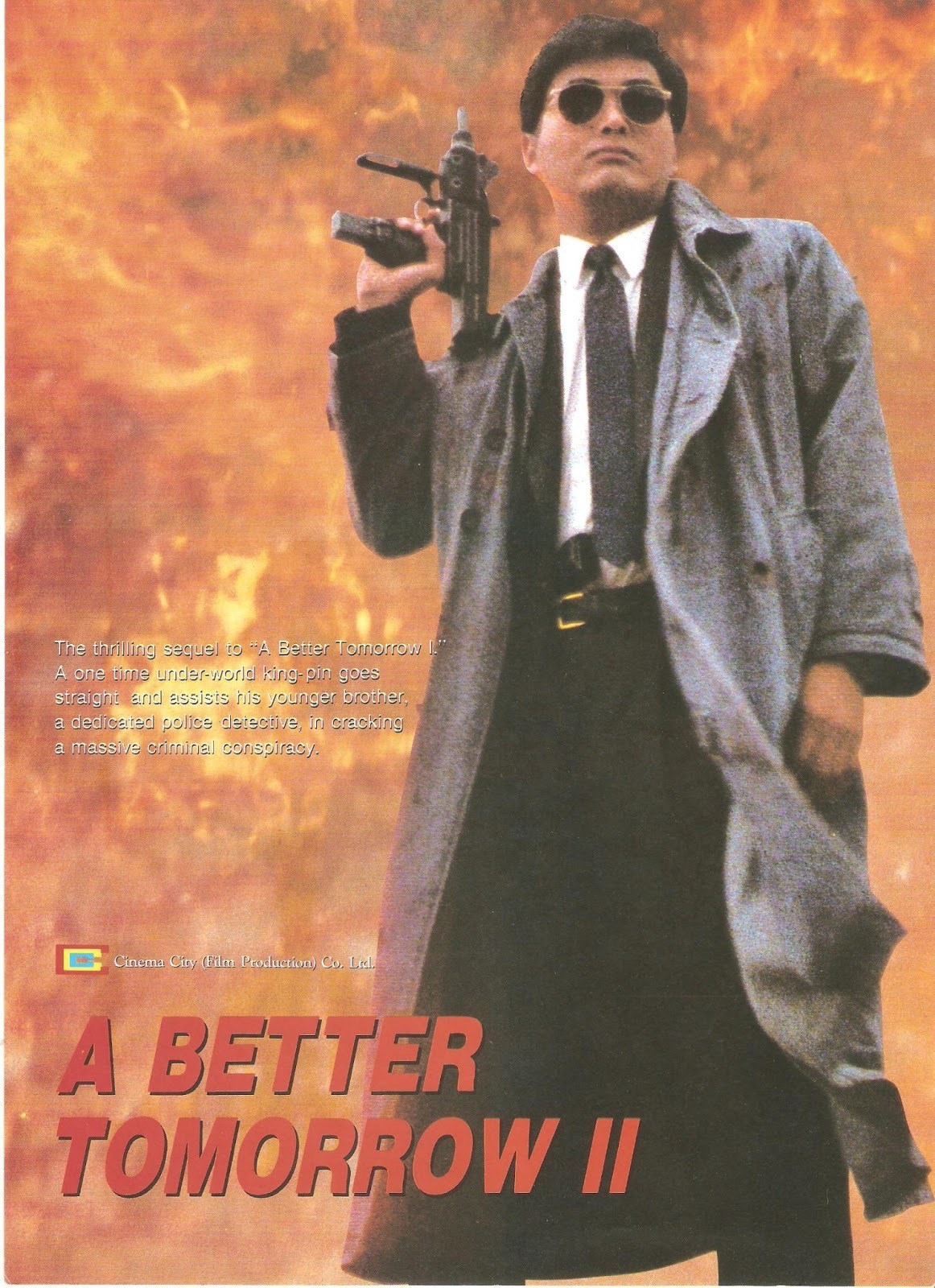