While most of the kung fu movies from the late 1960s through the early 1980s were short, low-budget, simplistic, disposable melodramas with little of note beyond their fight scenes, director King Hu was concentrating on art films and made three of the kung fu genre's earliest classics: Come Drink With Me (which was the next-runner up to make this month's watchlist), Dragon-Gate Inn (which is said to have inspired Ang Lee's Crouching Tiger, Hidden Dragon) and the 3-hour epic A Touch of Zen. This latter film took three years for Hu to complete, and another three years to gain international exposure, when it won the Technical Grand Prize at the 1974 Cannes Film Festival.

It's a beautiful and intriguing movie — that takes a weird turn — and while it didn't quite resonate with me, there is a lot to admire about it.

Shih Jun stars as Ku, a poor calligrapher and painter who is content with a modest life in his small village, despite his mother's constant pestering to become a government clerk. One day, however, two strangers pop up in separate locations: a serious man who asks Ku to paint his portrait, and a beautiful woman (Hsu Feng) who Ku discovers squatting in the decrepit (and possibly haunted) fort adjacent to his meager home.

A Touch of Zen is full of subtle symbolism, adding a richness of texture shared by few of its contemporaries. However, I'm guessing that the powerful emotions that some of these symbols are intended to evoke were lost on me, since I have only a cursory knowledge of Buddhism. I often felt like I should have been feeling a stronger pull from several scenes, but they rarely stirred more than a clinical appreciation. Some of this may have been that the imported version that I watched was not of the highest picture quality, and in one of the movie's major scenes, a night-time battle, it was frequently impossible to discern what was happening inside the murky darkness. However, Hu may have also made some tonal miscues. There is an amazingly odd scene in which Ku (insanely) laughs for nearly two straight minutes. I suspect that immediately after that scene we are meant to feel emotionally devastated, but the lingering weirdness of the laughter and how it segues into his revelation felt very clumsy, like a complete failure of translation from design to execution.

Despite running nearly three hours, A Touch of Zen is consistently fascinating and full of lyrical moments. the characters are all interesting, believable and sympathetic, and a few surprising story turns keep it fresh, especially near the end as it becomes, gradually, less and less literal. Some of the wire-based sword fights in the woods are clear pre-cursors to the moody, haunting tone of Crouching Tiger, Hidden Dragon, and the final third is stocked full of compelling images, ideas and questions.

While I don't know if I'll be watching A Touch of A Zen again any time soon (unless a beautiful restored Blu-ray is released), it has definitely stoked my interest in catching Hu's other highly celebrated (and much shorter) early kung fu classics. 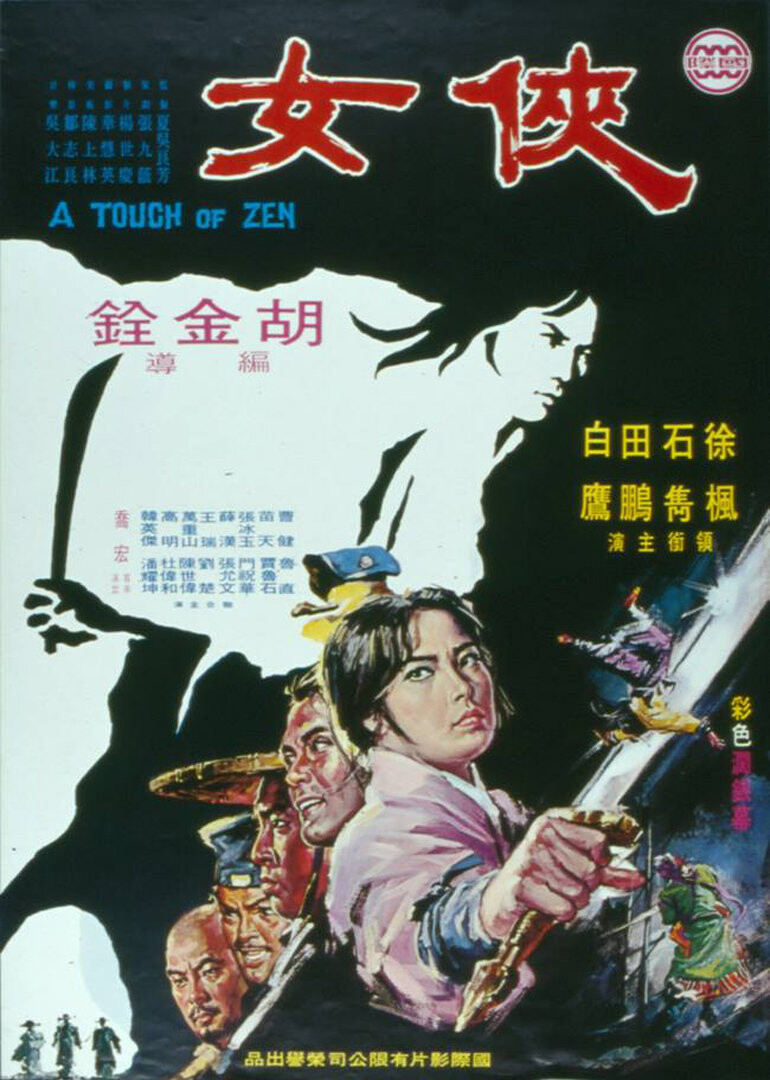