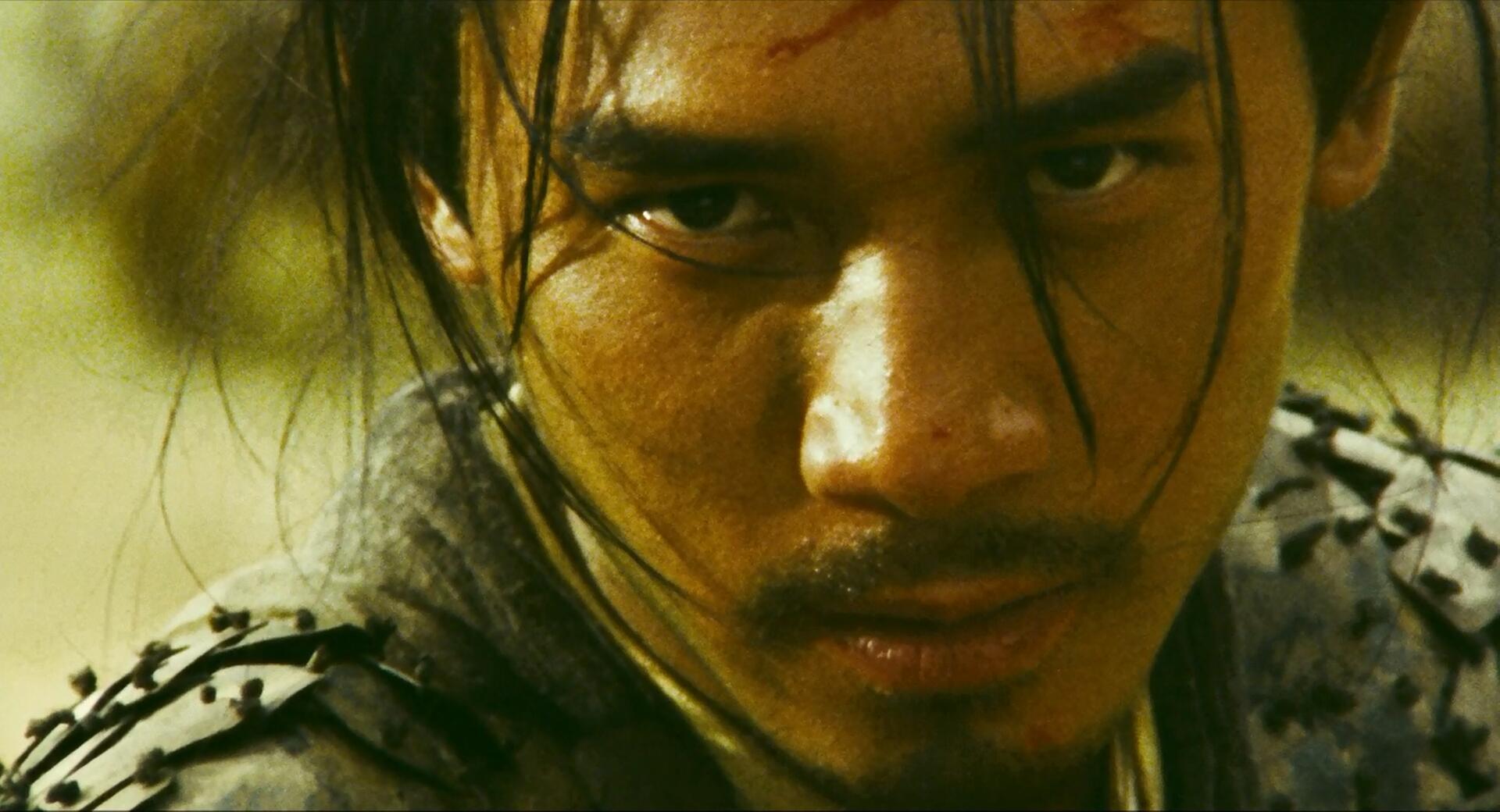 I was hoping that my bad experience with Wong Kar Wai's The Grandmaster was a fluke and that I would find something to like about this heralded director's other films. However, now that I've seen a second, the "arty" Ashes of Time Redux, my enthusiasm for the others is dwindling. I found Ashes of Time to be unnecessarily confusing, hamfistedly brooding, and, contrary to the focus of most of the raves, cheap-looking and ugly.

Leslie Cheung stars as Ouyang Feng, a scraggly guy with a pretty face living in a mud hut out in the desert, who is supposedly some kind of assassin-for-hire but acts more like a "fixer," hooking up his clients with other vendors. He's hired for a job, to cut off one of the corners of a love triangle, played by Brigitte Lin, Maggie Chueng and Tony Leung. Lin doesn't look like a man, but is supposed to be mistaken for one. She and Cheung might be sisters or might the same person. It's also likely that Cheung and Leung are the same character. Within a half-hour I had given up on caring who was who. Maybe there was a point in there about identity, or losing one's self in love, but it must not have been a very compelling point if the only way to squeeze a movie out of it was to cut it up into puzzle shapes and then turn half them over.

Some other things happen, as well: a girl humps the back of a horse, another girl carries around a basket of eggs in the hot sun for days as if anyone is going to want them. There's a sword-fight that is incomprehensible. At the end of it all Cheung looks very sad, and she's good enough an actress that I almost cared, but I still did not know who she was or who she really loved, or what half of things in the movie had to do with the other half. Ashes of Time is only 93 minutes long, which is a blessing, but even then it's an achievement to have spread so little out to such an extravagant running time.

One of the most frequently praised aspects of Wong Kar Wai's movies is their visual beauty, but I've found both The Grandmaster and Ashes of Time cheap and dingy, often resorting to overly processed images, full of grain and glaringly over-saturated colors, making them resemble low budget music videos shot on 1980s-era prosumer video equipment with in-camera effects. He seems incompetent (or uninterested) in continuity, and any scene requiring more than one cut per minute is likely to be incoherent.

Sometimes I come away from one of the celebrated art films and feel like I missed something, or that the movie might benefit from a second viewing. I feel pretty confident that there is nothing much to discover in Ashes of Time. It's all mood with little substance to be found in the crevices. At some point, I'll get around to Wong Kar Wai's In the Mood for Love and Chunking Express, but now I'm looking forward to them even less than before.

Ashes of Time Redux is a re-edited and re-scored version of Kar-Wai's Ashes of Time, after the original 1993 print was lost. 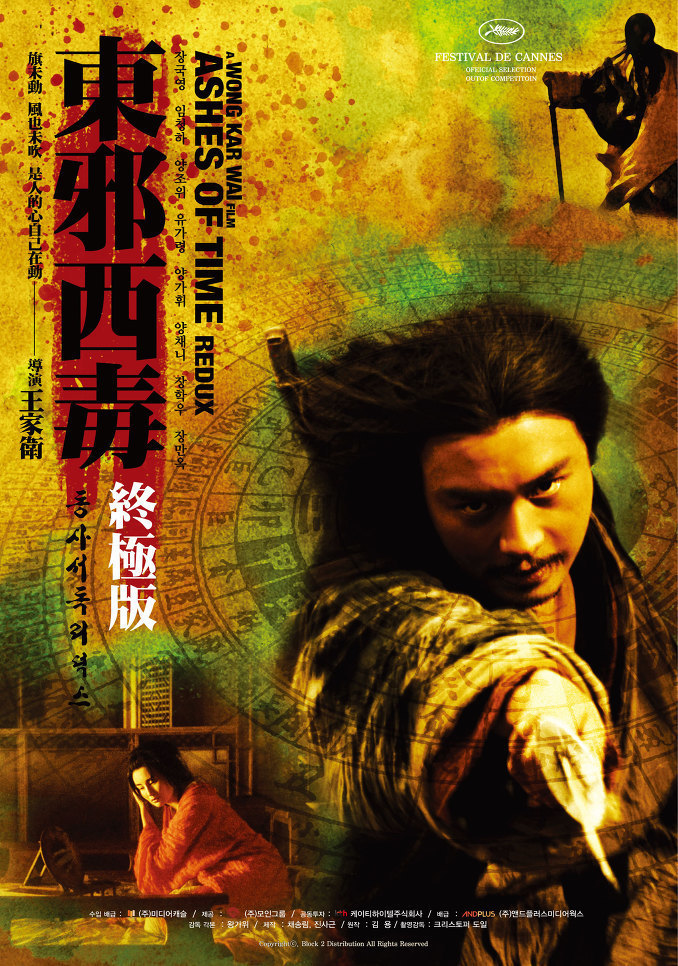