Prior to my Bruce Lee double-feature this month, I had, shamefully, only previously seen one Bruce Lee movie: Enter the Dragon. Not only had I seen Enter the Dragon several times since I was 12, but I've probably seen Kentucky Fried Movie's spoof of it even more times. For American kids growing up in the 1970s and 1980s, Bruce Lee was kung-fu and Enter the Dragon was the seminal kung fu movie. It hardly seemed necessary to see his other movies. However, Enter the Dragon is often considered by kung fu movie and martial arts aficionados to be inferior to one or more of the three Hong Kong productions that brought Lee to international stardom and Hollywood's attention. That may just be "expert" anti-mainstream posturing, but it was a given that this month's PopGap would include the best of the four Lee movies that I haven't seen. Only three Lee movies made it onto Ric Meyers' list of the "Top 100 Kung Fu Movies 1966-2010Kung Fu Movies 1966-2010": Enter the Dragon plus his two 1972 features, Fist of Fury and The Way of the Dragon.

Also known as The Chinese Connection, Fist of Fury is surprisingly complex and substantive, especially compared to the popcorny, simple morality plays at work in other kung fu movies of the 1970s. Lee is Chen Zhen, a martial arts student raging against pervasive anti-Chinese racism from the influential Japanese contingent in early 20th century Shanghai. When his school's beloved master dies, Chen uncovers a murder plot, and rejects calls for pacifism to bring the Japanese conspirators to justice.

Written and directed by Lo Wei, what could have been a straightforward action movie is also brimming with subtext and moral ambiguity, which give it a far more satisfying narrative than the movies which use the plot as little more than a coat-rack on which to hang fight scenes. Chen reacts against systemic prejudice with righteous anger, but in doing so triggers a chain of events that results in tragedy with little promise of progress. It's a bleak message, but it gives Fist of Fury a sharper edge than most of the martial arts movies I've seen.

However, Fist of Fury falls short in a few areas. While Lee excels, as usual, in his fight scenes, I found his overall performance unsatisfying and mostly lacking his natural charisma, especially during the first hour. In dialog scenes, Lee seemed uncomfortable, not yet at-ease as an actor. His goofy "undercover" bits were about as amusing as a high school assembly in which the football players dress up like girls, and there were times when Lee's trademark animal growls veered wildly off into pure camp. At times, also, I was uncomfortable with how staunchly anti-Japanese this movie became. It's understandable, to an extent, due to the then-recent memory of World War II and some very brutal treatment of China at the hands of its neighbor, but, given all of the equivocation surrounding the movie's hero, Fist of Fury doesn't handle the villains with any elegance or sophistication. At best, it avoids making racist cartoons of its antagonists, but its rather plain depiction of their craven treachery is maybe worse because it's not as easy to write-off of as superficial jingoism.

Despite those flaws, Fist of Fury built to a thrilling conclusion that was greatly fortified by the suprising depth of the screenwriting. I didn't like it better than Enter the Dragon, but it was solid and delivered a substantial portion of the lean, direct kung fu Lee made famous. Features Nora Miao in a sweet but undeveloped supporting role. 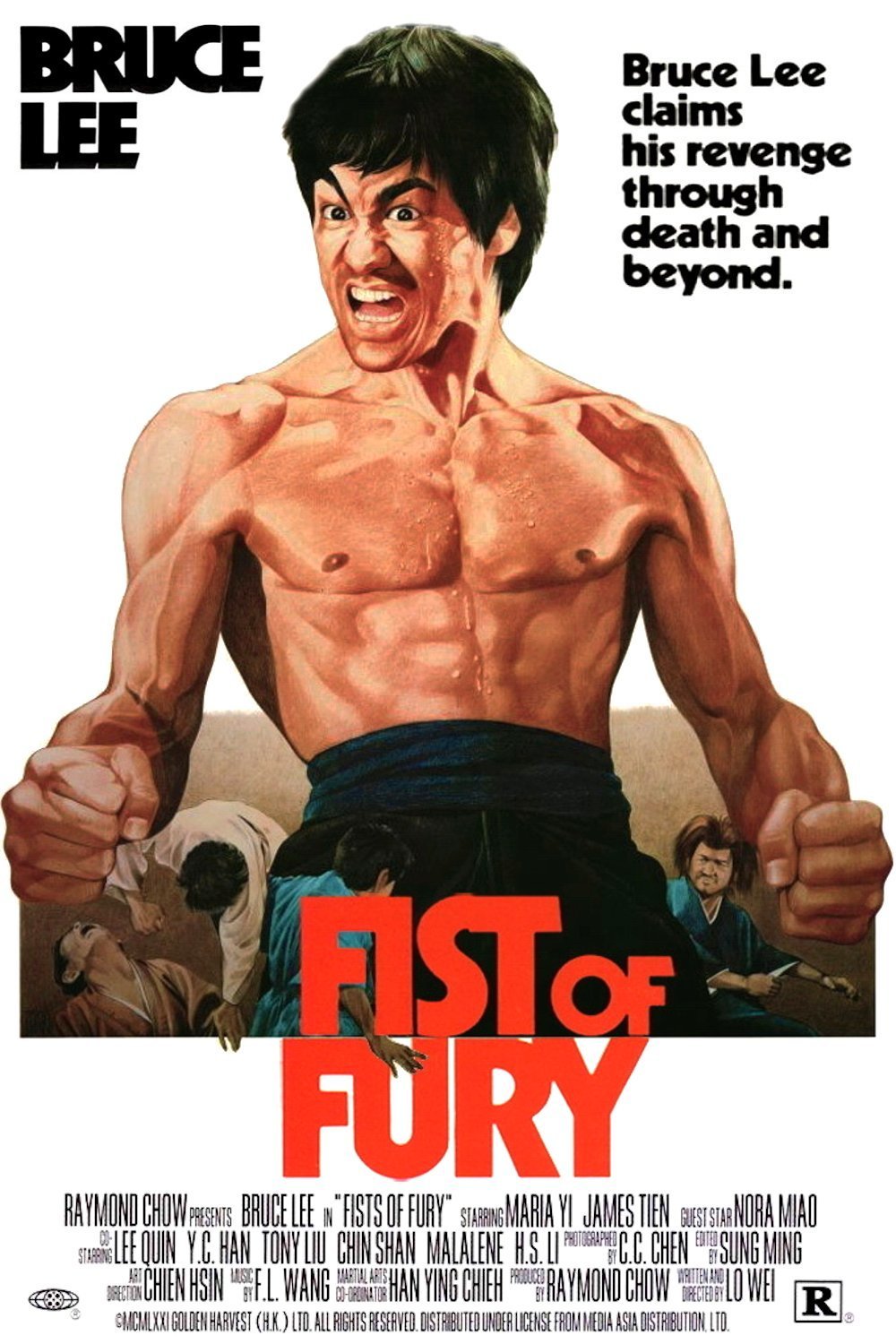