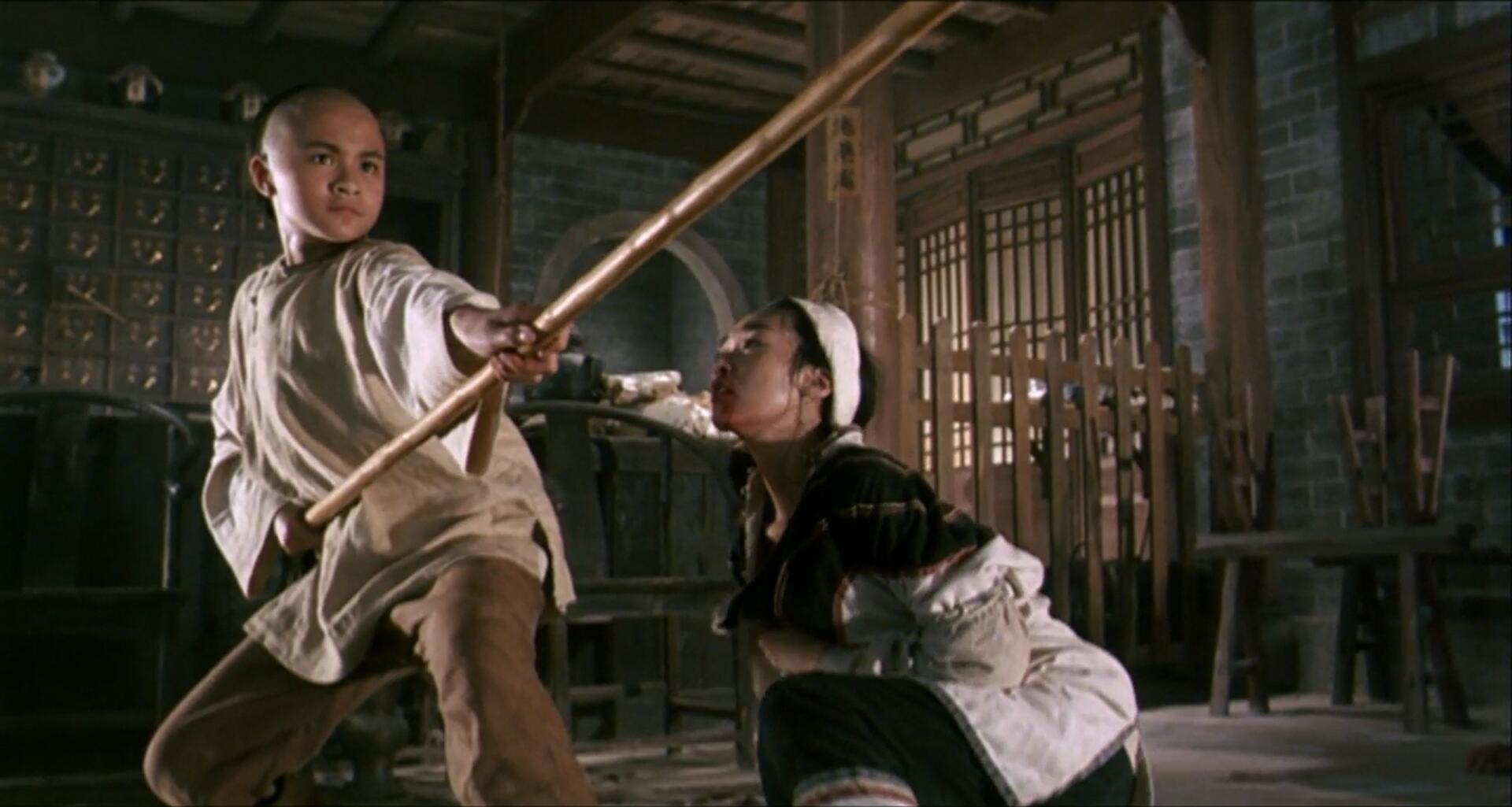 This month's movies are going to seem pretty incestuous, with a ton of talent — and even some subject matter — crossover. This is our second movie directed by Yuen Woo-Ping, 15 years after he debuted with 1978's Snake in the Eagle's Shadow. He's got one more directorial effort on our list — Fist of Legend, with Jet Li — but in between directing gigs he also did the fighting and stunt choreography for both of our upcoming Once Upon a Time in China movies, as well as Jet Li's Fearless. He is arguably the most coveted fight choreographer in world cinema, with Hollywood fans like Quentin Tarantino and the Wachowskis bringing him over to design the fight scenes in the Kill Bill and Matrix movies. Iron Monkey is a good chance to see pure Woo-Ping, without having to tailor his vision to a major star, or another director's persona and tastes.

Yu Rongguang stars as Dr. Yang, a community-minded medicine man in a corrupt village who moonlights as the Robin Hood-like masked bandit Iron Monkey, stealing from greedy officials and giving to the poor. No one in town can match Iron Monkey's stealth or martial arts prowess, until another doctor, Wong Kar-Lei (Donny Yen), arrives in town with his young son (more on this kid later). Down-on-his-luck and unabashedly straight-laced, the powerful Kar-Lei is coerced into hunting the beloved bandit — despite striking up a friendship with his fellow caregiver. the two doctors are soon joined by an even more powerful warrior, a former Shaolin monk-turned inspector.

Iron Monkey is a fun example of "wire fu," with Iron Monkey and his interlocutors floating, flying and flittering around in all manner of implausible ways, which vary in effect from wondrously inspiring to dispiritingly slipshod (not fully satisfied with the restraints of this system, Woo-Ping also integrates, briefly, both dummies and animation, to lesser effect). the standard in Iron Monkey is generally pretty high, and Woo-Ping generates some real magic, especially toward the end as the stakes are raised, but it's the strong presence of the movie's four key performers who make the acrobatics relevant and thrilling. the plot, though workmanlike for most of the film and a bit saggy in the middle, delivers a rousing finale with a worthy villain who literally has deadly tricks up his sleeve.

Rongguang brings the same stoic bearing to his performance that Chow Yun Fat would later possess in Crouching Tiger Hidden Dragon. Yen, playing his first lead heroic role — he has since become Hong Kong's top movie star — imbues his fairly bland character with an appealing sense of purpose and righteousness. Also very good is Jean Wang as Yang's assistant Miss Orchid. But the real star of Iron Monkey is the amazing Angie Tsang as a pre-teen Wong Fei-hung (who is a legendary figure in kung fu history, depicted in well over 200 movies, including a couple more we're watching later this month). When ever she launches into action, Iron Monkey sparkles its brightest.

Like Woo-Ping, Iron Monkey producer Tsui Hark also has hooks in about a third of the movies we're watching this month, and his reputation as purveyor of fantastic spectacle is done no damage by the astounding final third of this otherwise fairly modest film. While Iron Monkey doesn't pack the emotional wallop of the grand wire-fu masterpieces that would come in the following decade, it's definitely a significant paving stone in the path toward the likes of Crouching Tiger and Hero. 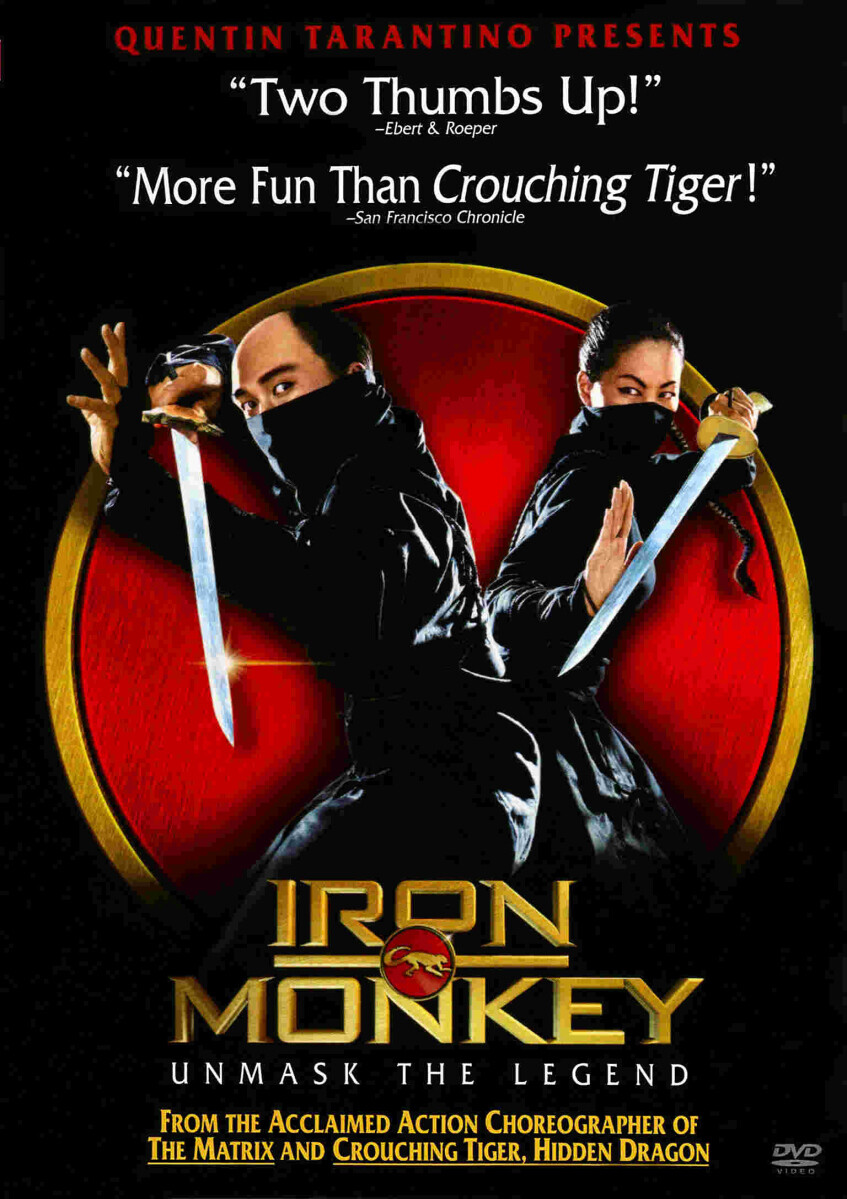