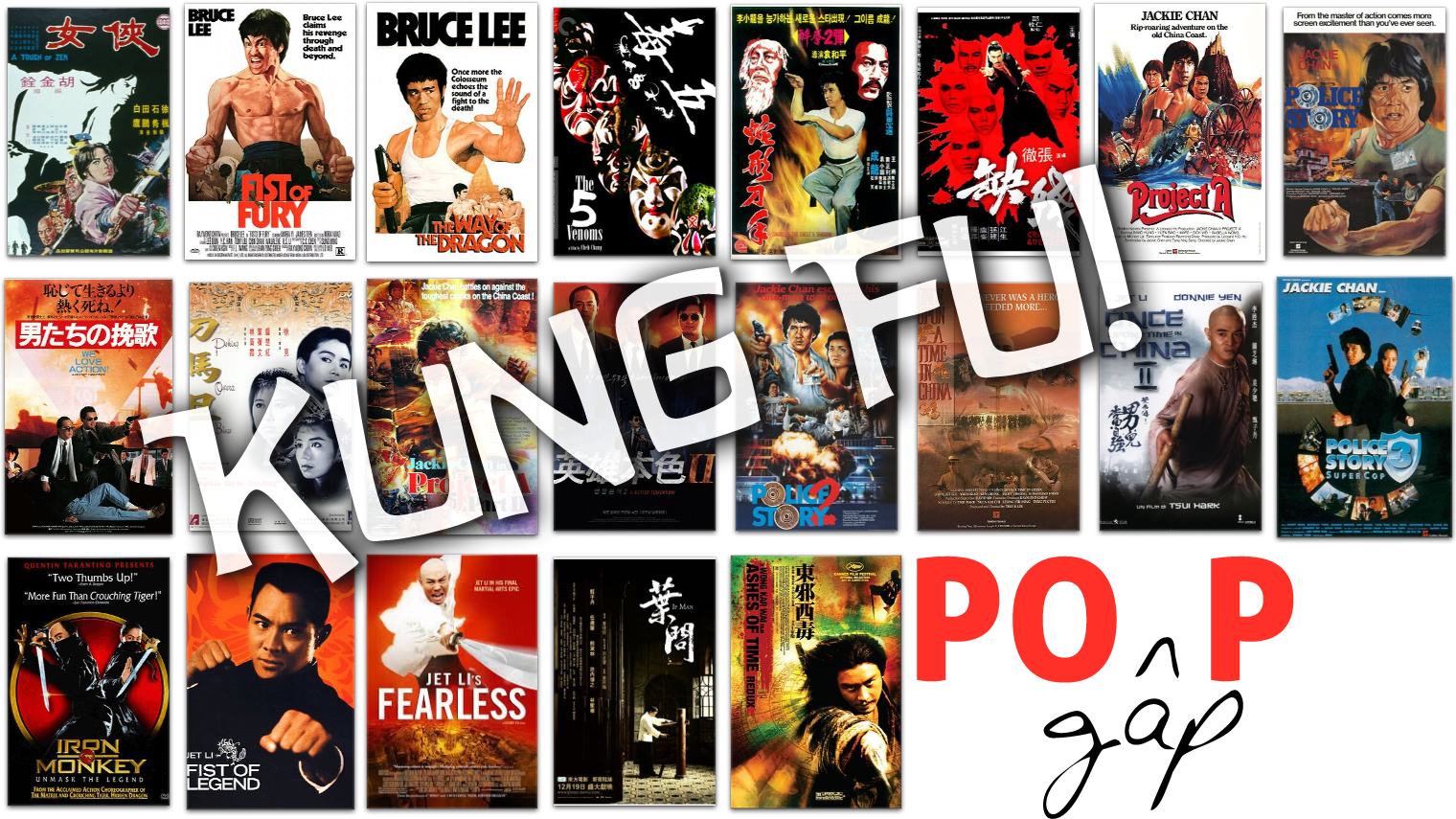 Watching these 21 movies will be the equivalent of breaking cinderblocks with my open hand.

I feel like this is a genre in which I am very far behind any degree of fluency. Using self-appointed kung fu guru Ric Meyers' list of the "Top 100 Kung Fu Movies 1966-2010" from the back of his fun book Films of Fury: the Kung Fu Movie Book, I figured out which of his picks ranked highest on Flickchart. From those, I took the Top 10 that I haven't seen before, and then added 11 more that I saw long ago during my 1990s Hong Kong movies addiction, and have slated them for a re-watch.

While I've watched Enter the Dragon many times, it's actually the only Bruce Lee movie I've seen, so this list will cover 2 more of his 4 major movies (not counting the controversial Game of Death). the only kung fu star whose work I have followed fairly closely is Jackie Chan, so he only has one on the haven't watched list but several on the re-watch list. Aside from Hero and Taichi Master, I'm not very familiar with the movies of Jet Li, and those I have seen but forgotten are on my re-watch list below. the only Kar Wai Wong movie I've seen is the extremely disappointing The Grandmaster, so I'm hoping I like both Wilson Yip's movie about the same subject and Kar Wai's early martial arts movie Ashes of Time better than that. Although Meyers' list includes the original 1994 Ashes of Time, the only version I could find to watch for this project is Ashes of Time Redux, Kar Wai's 2008 restoration/re-edit.

The 10 movies on this month's list that I haven't seen before, ordered by their Flickchart rankings, are:

In addition to those above, here are the 11 kung-fu movies I plan to re-watch this month, ordered by release year:

Come to think of it, I may not have seen Crippled Avengers. I saw a movie called Crippled Masters, which is different. Oh well, I'm not changing the list. While I remember some of all of the Jackie Chan movies on this list, I can't recall what happens in which chapter of the series. All the Police Stories blend together in my memory, as do both Project As, but I vividly recall some spectacular stunt-work from one or more of them. I did remove a few John Woo movies that ranked higher on Flickchart because they involve gun play more than hand-to-hand martial arts. I simply could not remember how much traditional kung fu was featured in the Better Tomorrow movies, so I felt they were due for a re-watch. That low Flickchart ranking for Peking Opera Blues is pretty astounding, but it's no doubt due to few users having seen it due it having limited availability (as well as an extremely ugly and unexciting poster). At the time, Hark was considered the Spielberg of Hong Kong and that was his most enthralling work-to-date. I saw it a repertory cinema in the early 1990s and had a lot of fun. Hopefully it will be rediscovered.

And, because no one asked, here is my list of my Top 23 (mostly-)Hong Kong kung fu movies (with a few Thai and Indonesian movies thrown in), and how they rank on my Flickchart, out of 3045 movies total:

I've recently joined Letterboxd, where this list is posted:
https://letterboxd.com/dorrk/list/popgap-2015-06-ric-meyers-top-kung-fu-movies/

Note: Ric Meyers is kind of a controversial figure. His book is fun and interesting, but also features some grammatical and (mostly inconsequential) factual errors upon which some have seized to discredit him. However, he's a great source for finding out about movies of which I otherwise wouldn't have heard, and he seems as strong as authority as anyone in terms of noting which movies are most significant within the pantheon of kung fu films. There's also a movie version of his book, which I felt was spoiled by a very juvenile and canned presentation, but I enjoy listening to him talk about this subject. So there. 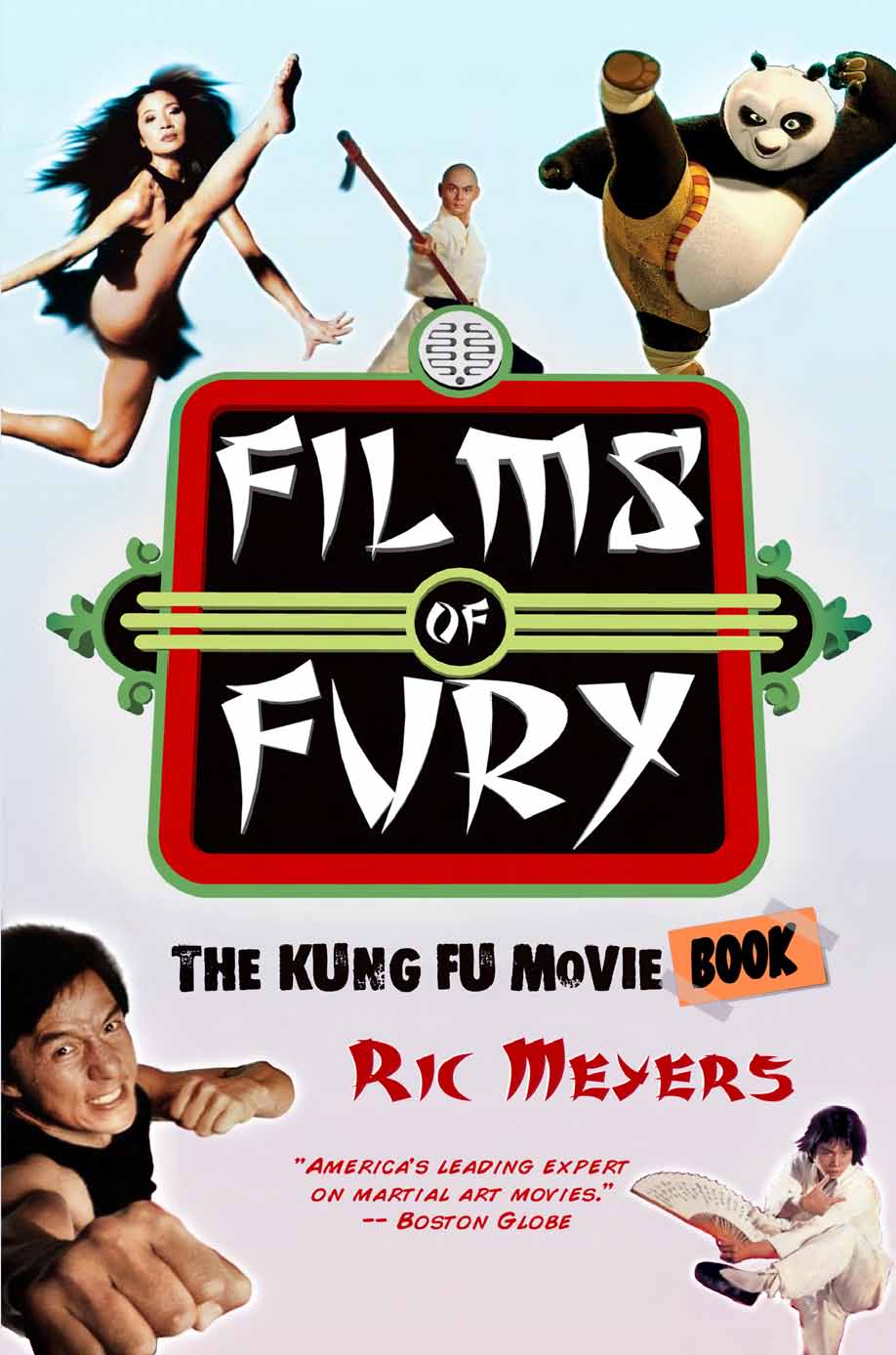