In no movie that I've seen to-date is my conflict between Jackie Chan's action & humor more severe than in Police Story, which should be considered one of the greatest action movies of all-time based on 4 scenes alone (and purposefully ignoring a few others).

Chan stars as Ka Kui, an impetuous detective whose single-minded dedication to catching criminals sometimes leads him to go a little overboard; like, say, inadvertently decimating an entire shanty village, or causing major destruction inside a shopping mall. While this constantly annoys his superiors (including the wonderful Bill Tung), it's a lot of fun to watch. What's less fun to watch are the scenes in which Ka Kui acts like a sexist creep, but at least he is a hapless jerk who manages to humiliate himself at least a little bit more than he does his poor, sweet girlfriend May (Maggie Cheung).

Police Story's lowest moments come during the middle third, as Ka Kui is assigned to protect a reluctant key witness, played by Brigitte Lin. While his attempts to frighten her into cooperating make for some decent slapstick, his later come-on is pathetic, resulting in the movie's cheapest, laziest gags, and some of Chan's typically over-acted face-pulling. With Chan himself directing and co-writing (with frequent partner Edward Tang), his worst instincts are rarely kept in check. While there are some decent physical comedy sequences throughout the movie, they usually depend on weak motivations or implausible situations and feel shoehorned-in rather than organic.

However, Chan is a visionary action director, and Police Story has four scenes that are among the best in his (or anyone's) career: the opening scene in the shanty town, Ka Kui's subsequent foot-chase with a bus, a scene in which he fights off Lin's attackers outside his apartment, and the climactic confrontation in the shopping mall. Each scene is wrought with intensity and includes gasp-inducing stunt-work and fight choreography. the mall scene is possibly the greatest action set-piece of the 1980s, and Chan himself is so wonderfully fierce, that you can only wonder what an amazing performance he might give if he were to take an entire movie that seriously, and with a quality screenwriter and director to give him story support equal to his other talents. 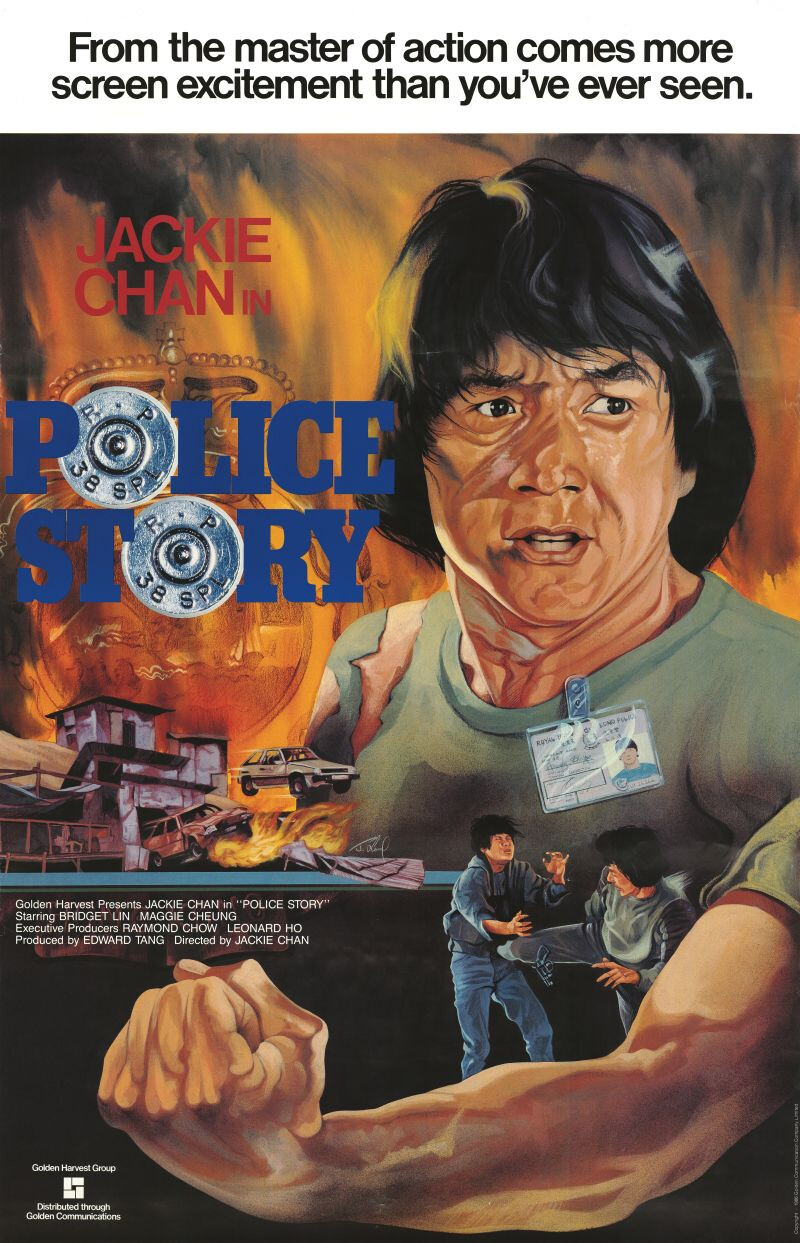