Police Story 3: Supercop continues Jackie Chan's post-peak focus on plot and explosions over the creative kung-fu that made him a star. However, unlike the previous sequel, this one is the right length, and its impressive finale is one of Chan's best.

Police Story 3: Supercop, surprisingly, starts with May (Maggie Cheung) and Ka Kui (Chan) still together — but this time Cheung has fully transformed her performance: no longer childishly yipping, May's voice has dropped about two octaves and she seems like a normal, well-adjusted young woman. She and Ka Kui even briefly snuggle on a bed, ratcheting up the sexual chemistry of this couple about 2500%. It's a weird, but welcome, change for the first few minutes, but she disappears for the next hour, no doubt waiting to see what searing humiliation and physical torture this relationship will manifest when they reunite.

Ka Kui goes undercover in China as part of an Interpol sting led by Chien Hua (Michelle Yeoh), and, like its direct predecessor, there is a lot of plot and some big explosions but very little Chan-worthy action. Thankfully, director Stanley Tong keeps this one shorter, and the natural presences of Chan and Yeoh are enough to tide the viewer over until the ordinary plot culminates in Malaysia for an awesome climax involving several different kinds of high-speed vehicles. May, of course, returns just in time for some more psychological abuse, a kidnapping, and being thrown head-first out of a helicopter — right after which Ka Kui calls her a taxi and then runs off. It's the last we see of her, an ignominious end for such a crucial character, but fitting given her treatment to date. We can only hope that she changed her name and moved to America, to be done with Ka Kui for good. While May is discarded, the movie ends with one of Chan's most exciting final battles, and Yeoh practically steals it by jumping a motorcycle onto a moving train.

This great conclusion, and the significantly shorter running time, make Police Story 3: Supercop a much better experience than Police Story 2, but the first movie in the series is still the most compact and mind-blowing spectacle of the three, even with its slapstick tendencies. 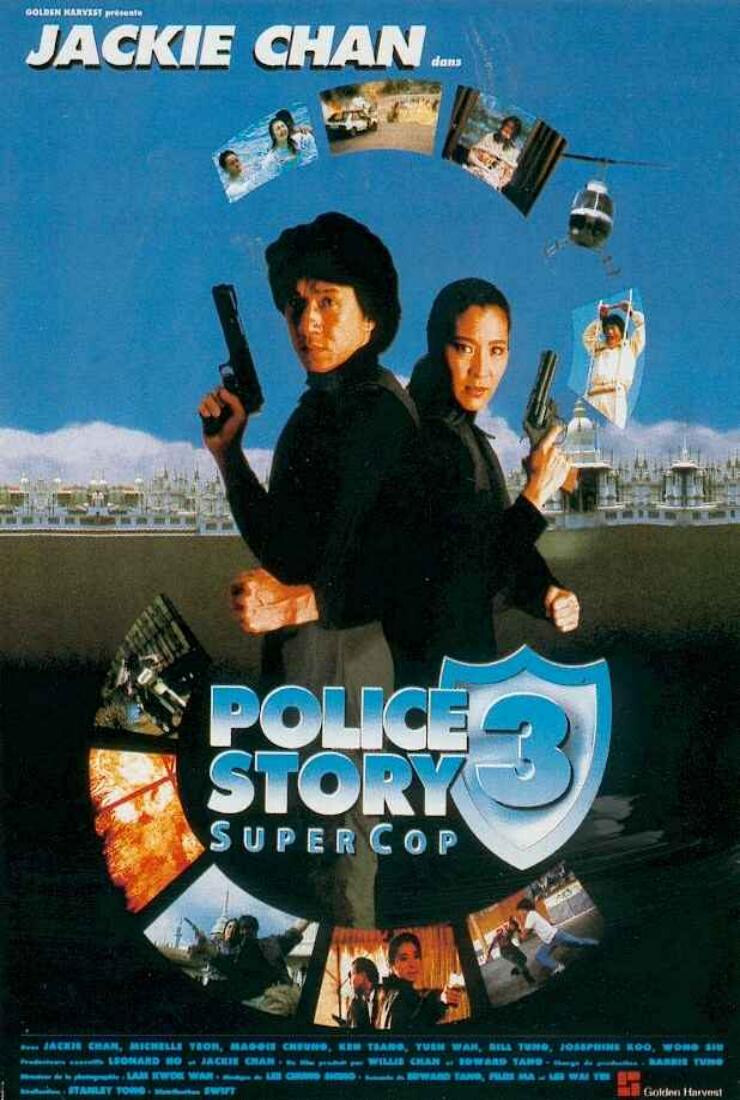