Sergio Leone's trilogy of "spaghetti" westerns starring Clint Eastwood and scored by Ennio Morricone are three of the most revered movies of their genre. Even though Leone's later epic Once Upon a Time in the West is my favorite western, his earlier "The Man With No Name" trilogy has never made much of an impression on me. Even though I watched the first two movies in the series again just a few years ago, I didn't recall a thing from either viewing. Now that I'm paying better attention, I think that A Fistful of Dollars is a really good final 20 minutes — 20 minutes that arguably changed a genre — without much leading up to it.

In A Fistful of Dollars Eastwood plays a profit-motivated agitator who moseys into a grim little town terrorized by rival gangs. His attempts to manipulate each of the gangs and provoke an all-out war don't always work out well for him. A Fistful of Dollars is a (uncredited) remake of Kurosawa's Yojimbo (which is an uncredited adaptation of Dashiel Hammet's novel Red Harvest). Yojimbo, which I watched for the first time a couple of months ago, seemed to me fun but extremely lightweight for Kurosawa. It succeeded largely due to Toshiro Mifune's fantastic lead performance as the morally ambiguous main character. A Fistful of Dollars feels like lightweight Yojimbo, but neither Eastwood nor Leone were yet up to their inspiration's standard, failing to make any sense of the complex moral ambiguity at work in both the story and characters.

You can see definite signs in A Fistful of Dollars of what would lead both Leone and Eastwood to become revered as icons of this genre. Eastwood eschews theatrics for gruff silence and a steely gaze. Leone displays his superb vision for expansive but careully composed wide shots, as well as close-ups of of sweating brows. His editing of duels and other stand-offs is simply sensational. However, all of those elements are still in their infancy here, and in the service of a meandering, often dull story that is stocked with a series of increasingly indistinct, forgettable characters played by ordinary (or worse) stock actors and dubbed by voice talent not up to the standard of a Saturday morning cartoon.

All of the great characteristics that Leone and Eastwood bring to the best moments of A Fistful of Dollars they would display with more skill and consistency in their next two movies together, leaving this one an only mildly interesting, albeit groundbreaking, rough draft. Morricone's unorthodox whistle-heavy score — which was not only a career breakthrough for the composer, but also revolutionized the scoring of westerns and movies in general — is the most solid & mature contribution to this movie which is otherwise notable solely for its impact. 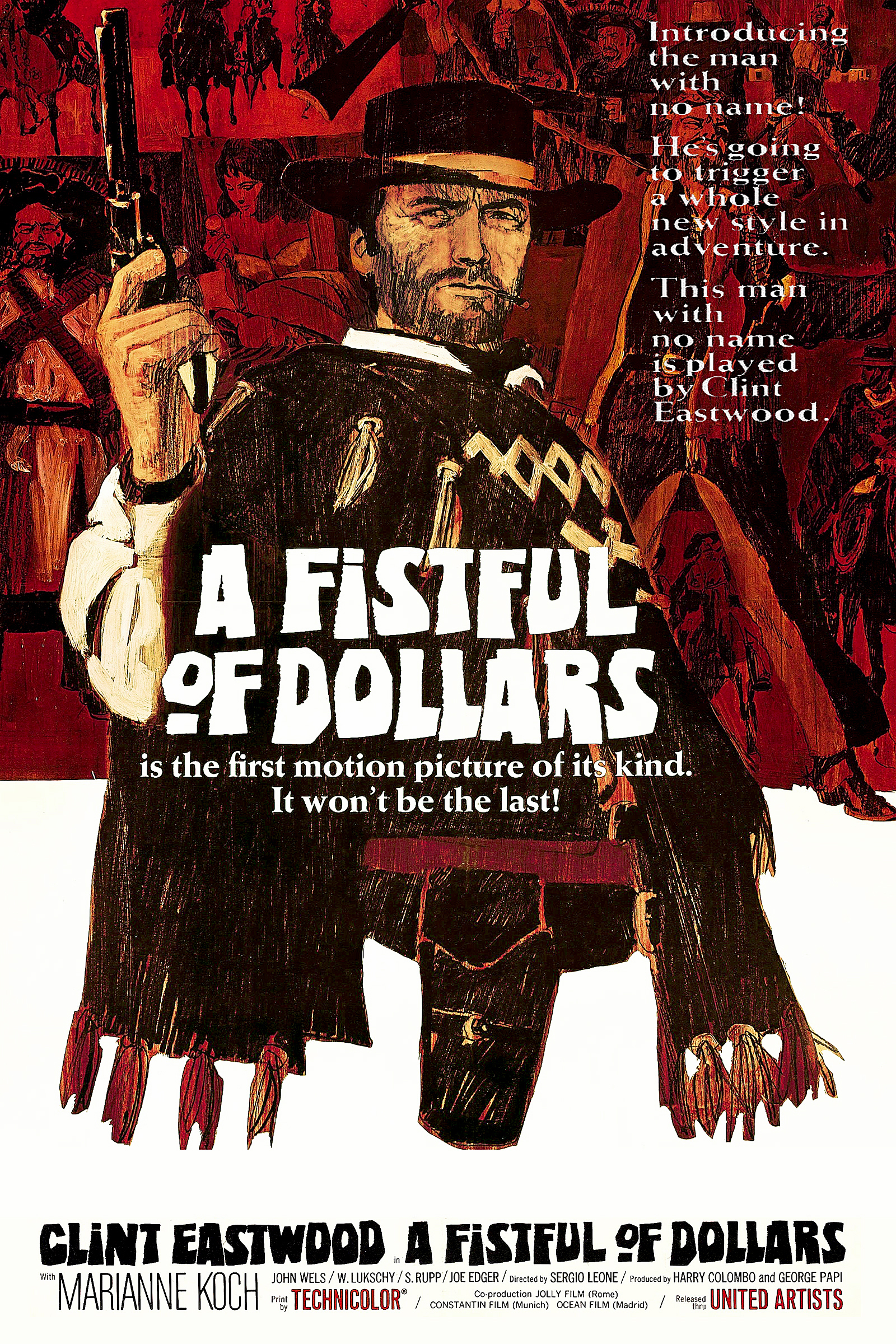 AKA: Per Un Pugno Di Dollari
The Flickchart 150: Movies so great, that we’ve missed or forgotten them; #01/17.