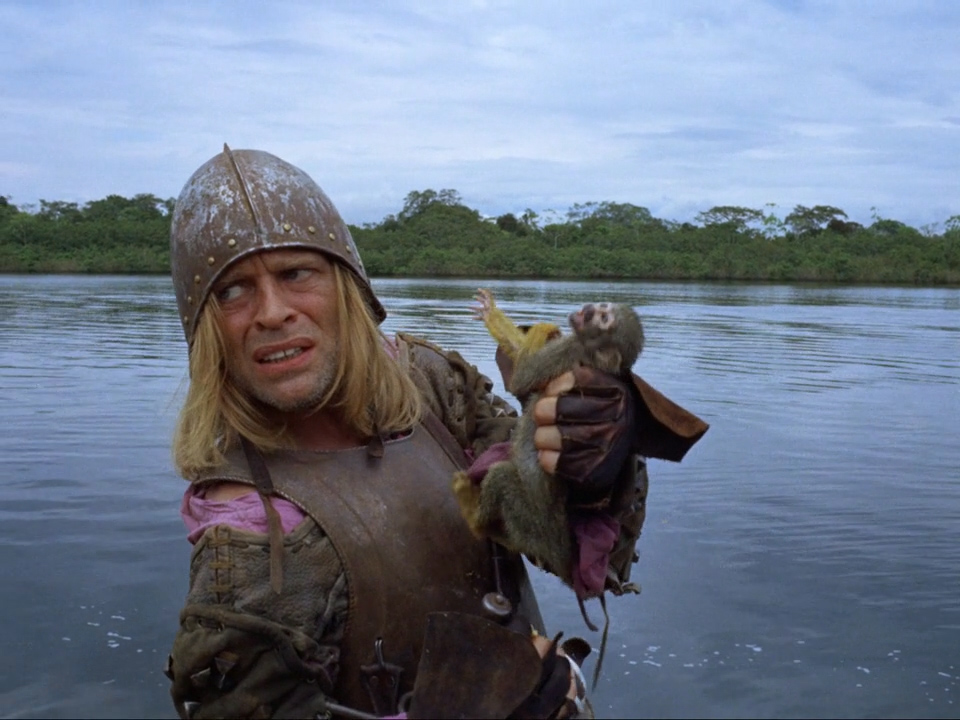 Werner Herzog is one of those directors I'm going to be coming up against frequently during PopGap, as his films are highly regarded and I have seen very few of them. A few months back I appreciated but didn't like The Enigma of Kaspar Hauser, and now it's my turn to appreciate and sort of like Aguirre: Wrath of God.

In the 16th century, as Spanish explorers made common practice of plundering South America in search of riches, Lope de Aguirre set himself apart from commonplace conquistadors by renouncing Spain and seeking the mythical gold city of El Dorado on his own. In Herzog's telling of this final chapter in Aguirre's story, Klaus Kinski stars as the self-appointed "Wrath of God," leading a handful of fellow renegades down a river of madness that leads to futility and despair rather than fame and glory.

There are a lot of typical Herzog hallmarks in Aguirre: the Wrath of God (at least, they're typical in the four Herzog dramas I've seen): long, languid shots; an eccentric central performance; and, most notably, the almost constant assault from nature on the humans foolish enough to expose themselves to its unforgiving whims. I like all of these things, and I like the way Herzog does them, so why am I always only ever, at best, half-impressed with his movies?

I think my problem with Herzog is that, despite employing aesthetics and some other quirks that are right up my alley, I find his movies to be rather simple-minded and obvious. In Aguirre: Wrath of God he gives us the story of a crazed, glory-hungry zealot whose mania leads him and those who follow him to their doom. Even only spread out to a mere 94 minutes, this is a concept that needs some narrative expansion to engross and challenge me. Instead, Herzog pads the time with lots of lyrical footage of nature and Kinski standing slant-wise and staring goonily into the void of his own soul. I'd like more than that, but Herzog seems to prefer to come up with a concept that brings great physical challenges and then coast through the creative part.

Like Kaspar Hauser and Fitzcarraldo (which is admittedly hazy for me after 20+ years), Aguirre is highly celebrated, and I understand why, but it doesn't really work for me. However, Aguirre is the most immediate of his movies that I've seen so far, and as Kaspar Hauser has stuck with me and grown a bit in my estimation since I watched it in May, maybe Aguirre will do the same. 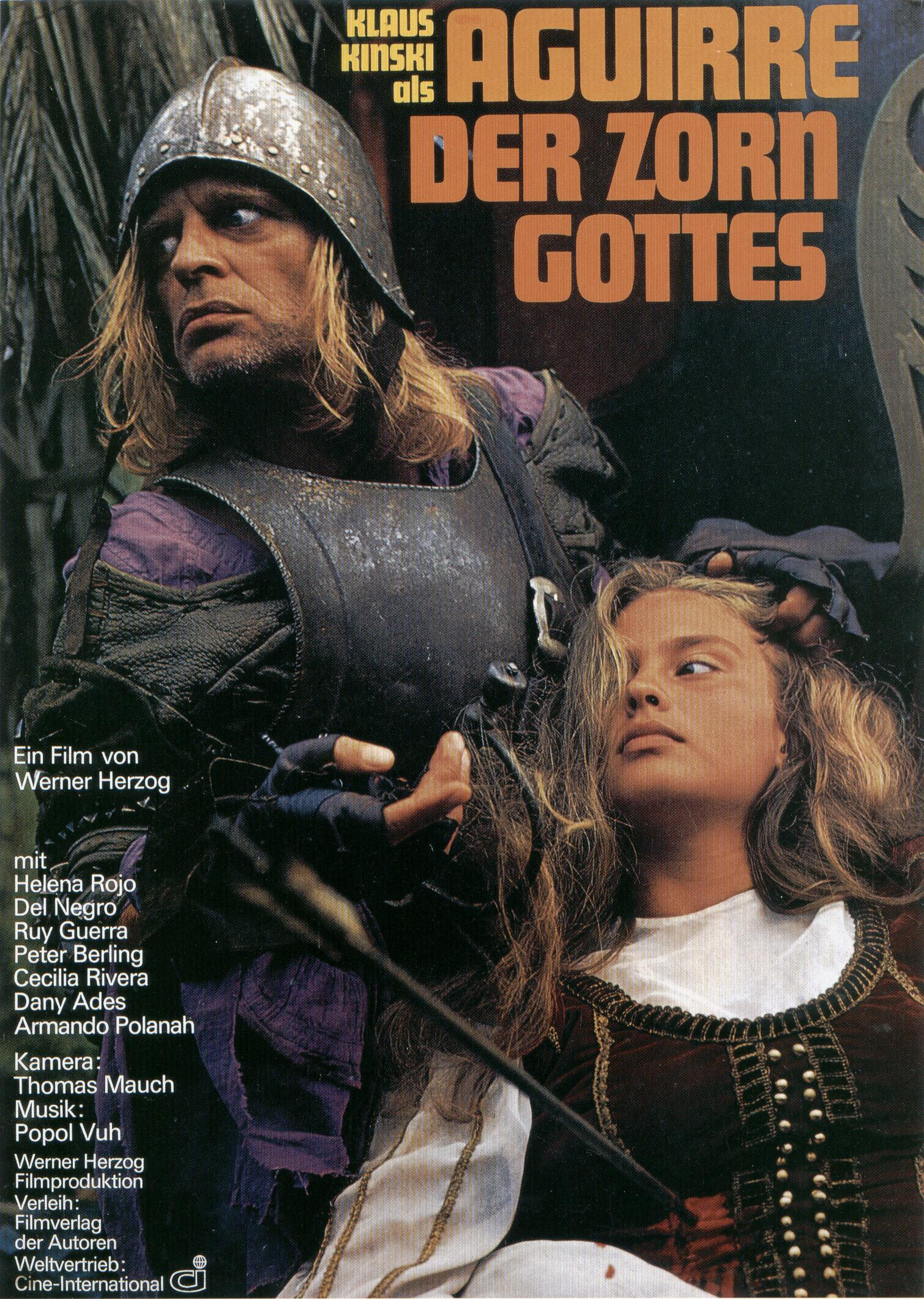