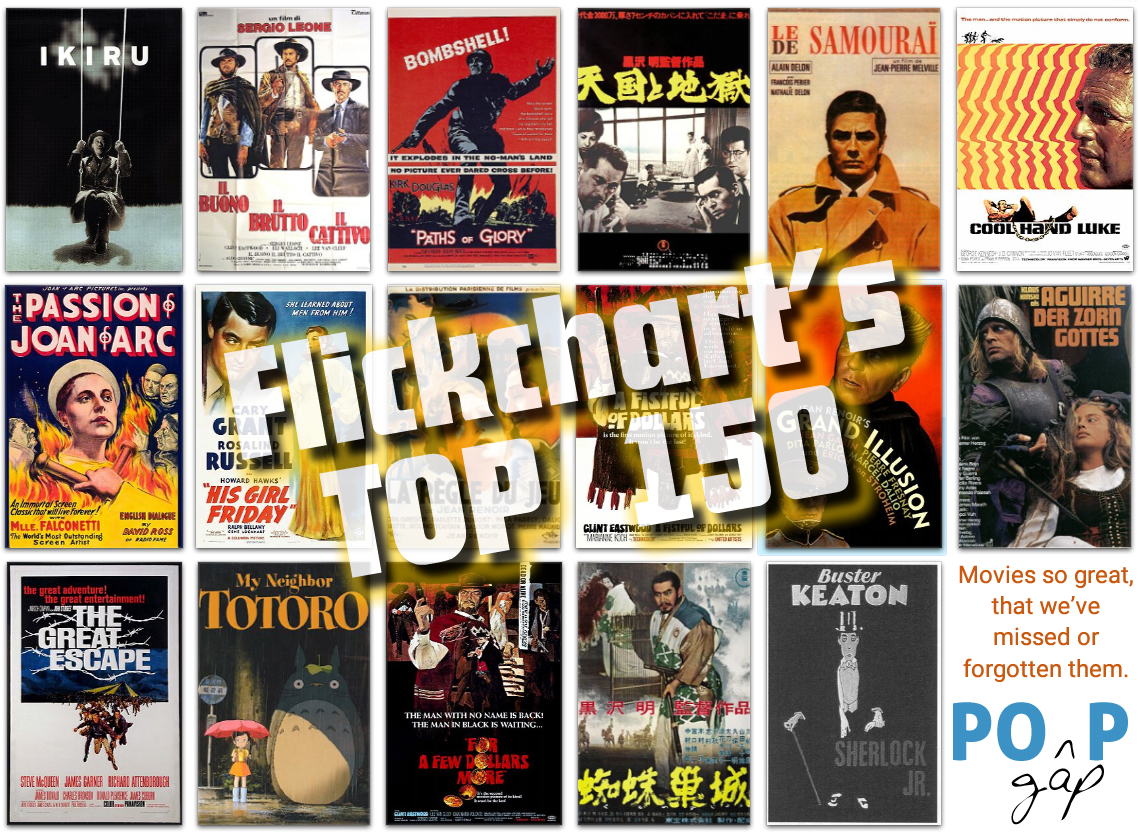 Movies so great, that we’ve missed or forgotten them.

This month my viewing project is going to take me through the 17 movies I need to watch to have seen the entirety of Flickchart's Top 150.

A couple of months ago, I finished my year-long project of ranking every movie I can recollect, generating a list of my favorite-to-least-favorite movies, from #1-3094. I rank every new movie after I watch it.

Here's what I'll be watching, and how they are currently ranked on Flickchart's global chart.

I've seen 6 of these previously (*), but only once each, and long, long ago, so I haven't ranked them on my own Flickchart. One of them I've seen parts of several times (**), as my kids love it, but I have not yet summoned the patience to endure it in its entirety.

A sort of diverse selection there, but heaviest on foreign and long movies, which I sometimes resist due to laziness. Also a couple of silents, including one that's only 45 minutes, so that will help balance out the 2.5+ hour selections. 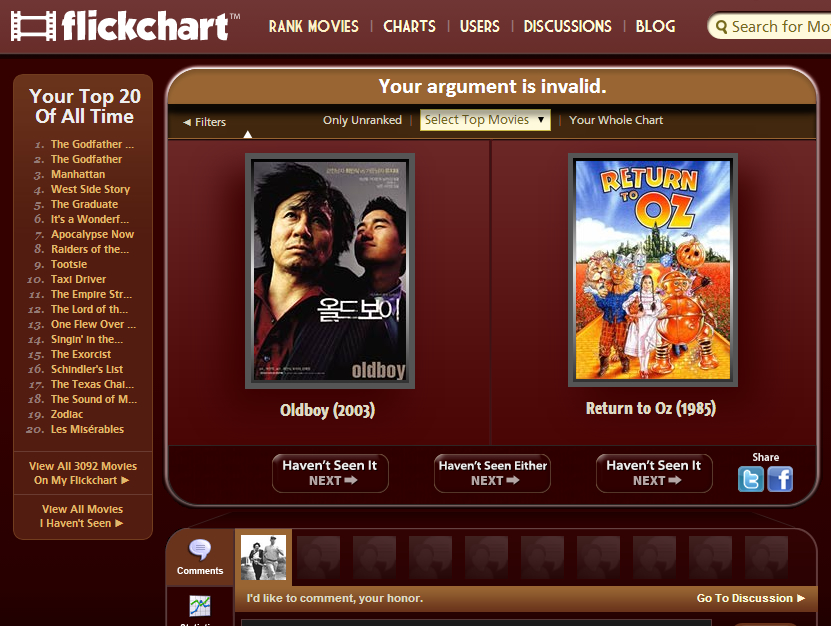 The Top 150 Movies of All-Time