The first thing that struck me about Akira Kurosawa's terrific High and Low was how his stock of regular actors — Toshiro Mifune, Jun Tazaki, Nobuo Nakamura, Yûnosuke Itô — still seemed like a pack of ruthless warriors jockeying for power within their clan, even though in this movie they're dressed up in suits, playing contemporary businessmen. That's just one of many marvelous details in this trend-setting, impeccably filmed and unorthodox crime thriller.

In High and Low Mifune plays Gondo, a dedicated executive at a women's footwear manufacturer whose vision for the company is at odds with that of his colleagues. In the midst of an acrimonious and desperate power struggle for control of the company, a boy is kidnapped. Although Gondo's son was the target, his friend — the son of Gondo's chauffeur — is kidnapped by mistake. Now the singularly focused businessman must contemplate sacrificing his career and facing certain financial ruin to save another man's child.

Although Gondo's conundrum might be enough on its own to fuel a feature film, it's just one of many layered facets to this riveting and exquisite-looking movie. High and Low wrings acute behavioral observations and compelling ethical questions out of a police procedural that focuses on the minutiae of an investigation as it slowly descends through a tunnel of classism, from the bright blistering heat of wealth into the noir-ish depths of squalor. It's a fabulously constructed story, full of searing detail from beginning to end. There are a few contrivances and surprising shifts in gear that may be initially jarring, but they blend beautifully into the movie's rich character development and uncompromising style of heightened realism, resulting in satisfactions beyond the expected narrative tropes. 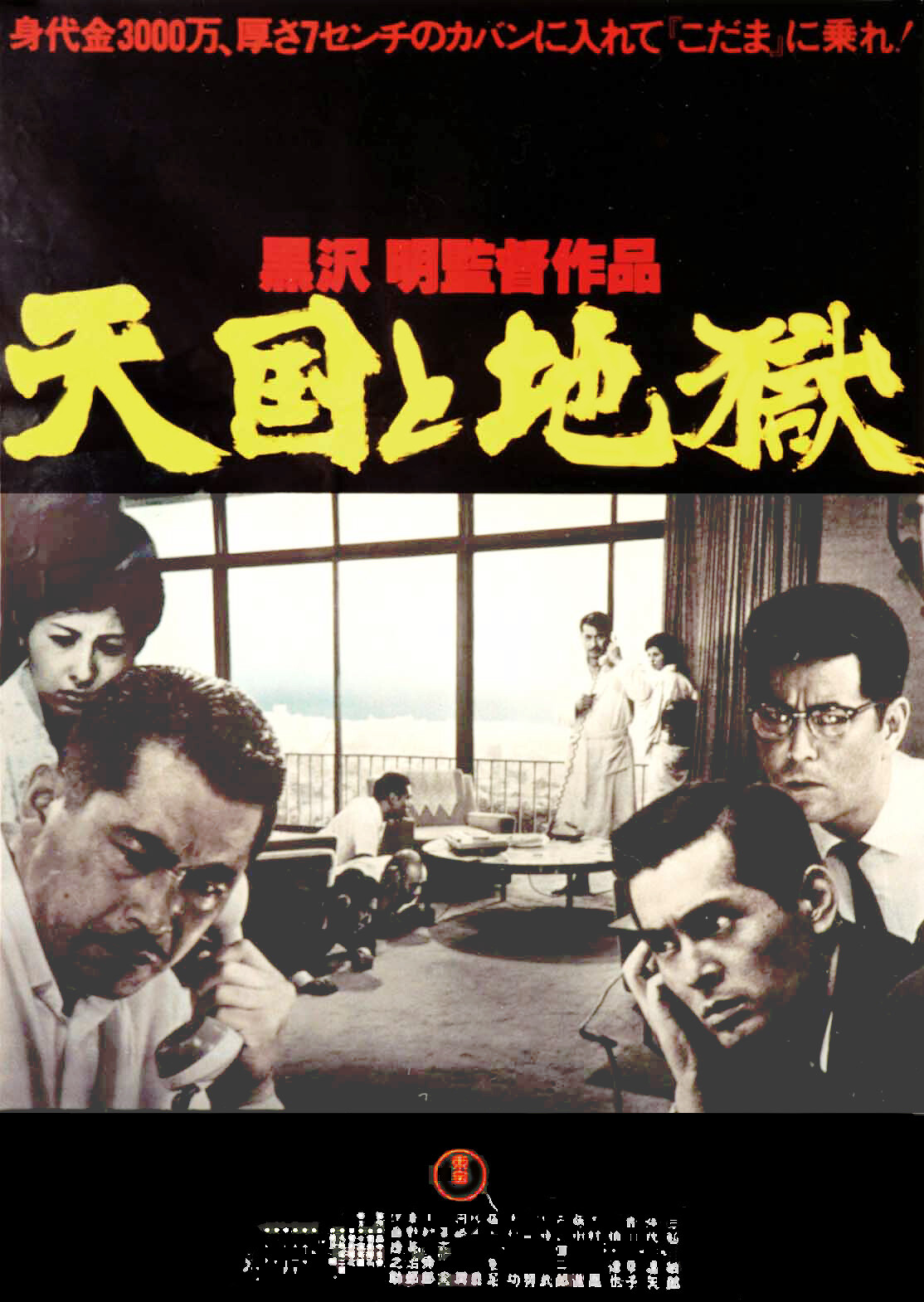 AKA: Tengoku To Jigoku
The Flickchart 150: Movies so great, that we’ve missed or forgotten them; #12/17
More about High and Low (1963) on Videopolis