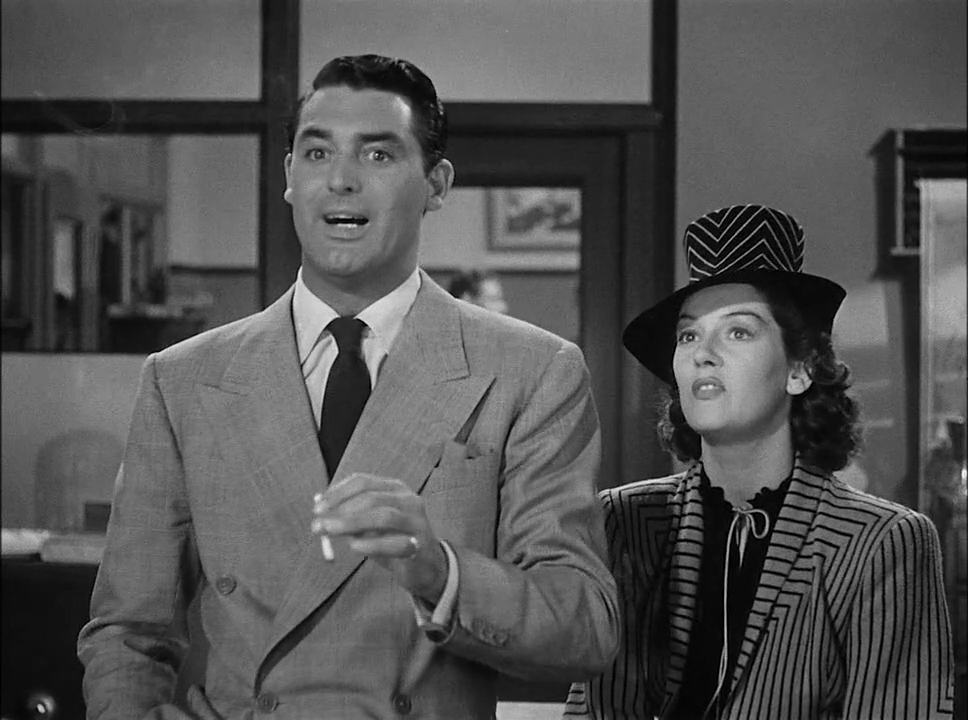 One beloved genre that has an almost perfect strike-out percentage with me is the screwball comedy, particularly from the first two decades of the sound era. For the most part, I find them grating, and too often dependent on chronic stupidity. the screwball comedies I do enjoy (like It Happened One Night) tend to be pretty light on the screwball element, and I'm usually surprised when I seem them classified as such. Howard Hawks' 1941 "satire" His Girl Friday not only piles one contrived situation upon another in true screwball fashion, it's populated with an array of loathsome characters. In that regard, it's a miracle that I half-enjoyed it.

Cary Grant plays yet another jerk ex-husband angling to break-up his former-wife's impending marriage. In His Girl Friday, Grant is a newspaper editor, and his ex, played by Rosalind Russell, used to be his star reporter — but is leaving the soulless business of tabloid journalism to settle down with her naïve dull-wood fiancée (Ralph Bellamy). Grant contrives to goad her into sticking around to cover the imminent execution of a murderer, to afford him ample time to sabotage her relationship.

There's plenty of the famous fast-talking banter in His Girl Friday, but no matter what the pace, there's nothing to like about either of the main characters beyond their resemblance to movie stars. Grant is a scheming d-bag, and Russell is all brassy tough-talk on the outside but just another weak-willed female on the inside. Grant, in possibly his scummiest ever role, plays her like an accordion. Just when these characters can't seem any more noxious, Grant's plan to keep her around depends entirely on appealing to her (potentially racist) sympathy for a confessed and unrepentant cop-killer.

His Girl Friday is clearly intended as a satire of craven, sensationalist journalism, but it can't shake off its love of movie stars to commit to its purpose. Whether the fault lies with Hawks, screenwriter Charles Lederer, or Ben Hecht's and Charles MacArthur's source-play, The Front Page, is irrelevant. Fundamentally crippling the movie is the lack of a primary empathetic character through which to contextualize the madness of Grant's and Russell's behavior. Bellamy's everyman is swiftly derided and discarded, leaving only the terrible leads to assume the roles of protagonist. While the opening title card impugns their kind, it's a red herring. There's nothing in the course of the story that redeems nor defeats them; instead a typically unearned "happy" ending (more echoes of Grant in The Philadelphia Story here) suggests we're supposed to be thrilled that its two glamorous marquee names made it back together — even though they are both essentially monsters and she is certainly worse off than how she began the picture. If any of this was part of the satire's pointed master-plan, it's completely muddled and its best moments (a suicide attempt!) only aggravate the core issue rather than illuminate the alleged satirical edge.

I enjoyed some of the dialog in His Girl Friday, but it was only occasionally laugh-out-loud funny. the rapid pace of delivery mostly masked how little was actually being said. While Grant and Russell are charismatic, neither of their performances was noteworthy or able to elevate the material. the convoluted twisting of the plot was never credible, nothing of value was ever at stake (except for the meaningless lives of a few minor characters), and the escalation ran in direct inverse to my interest-level. I like it less the more I consider it. 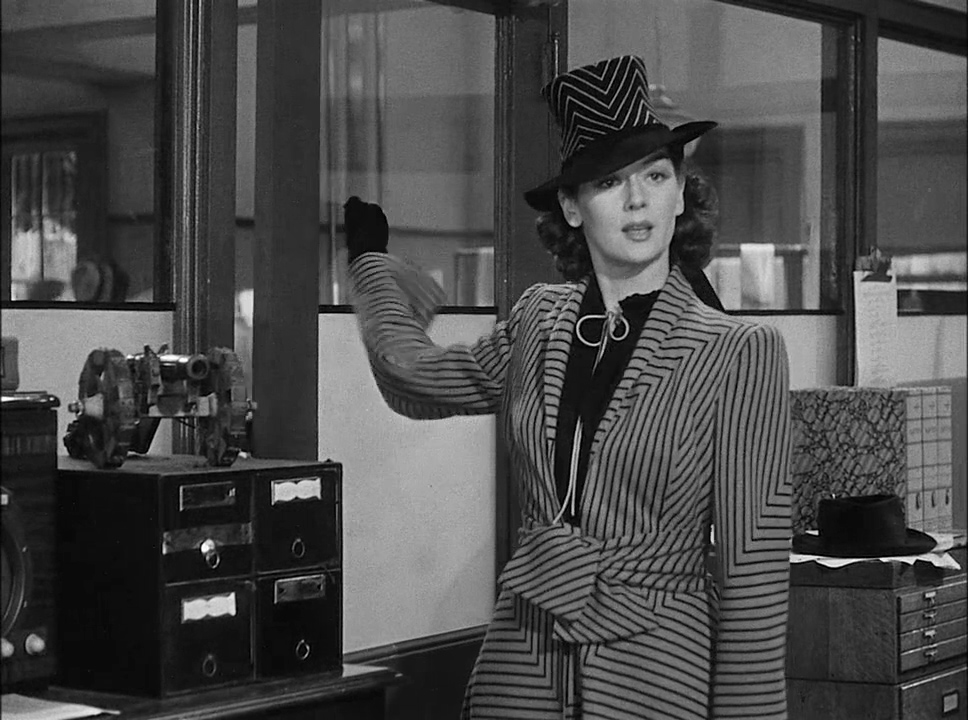 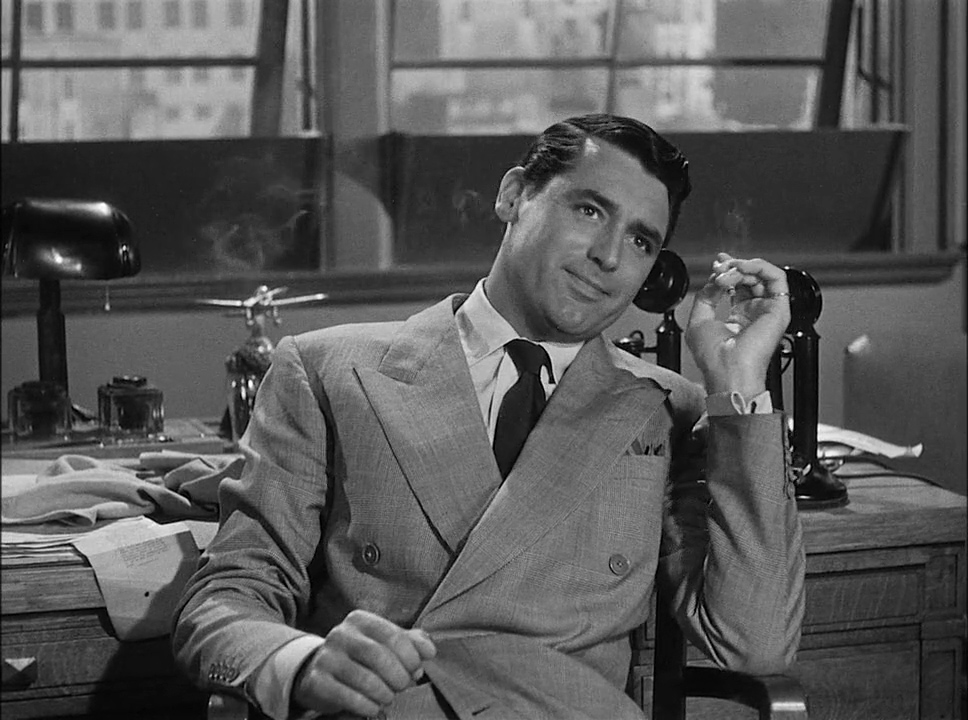 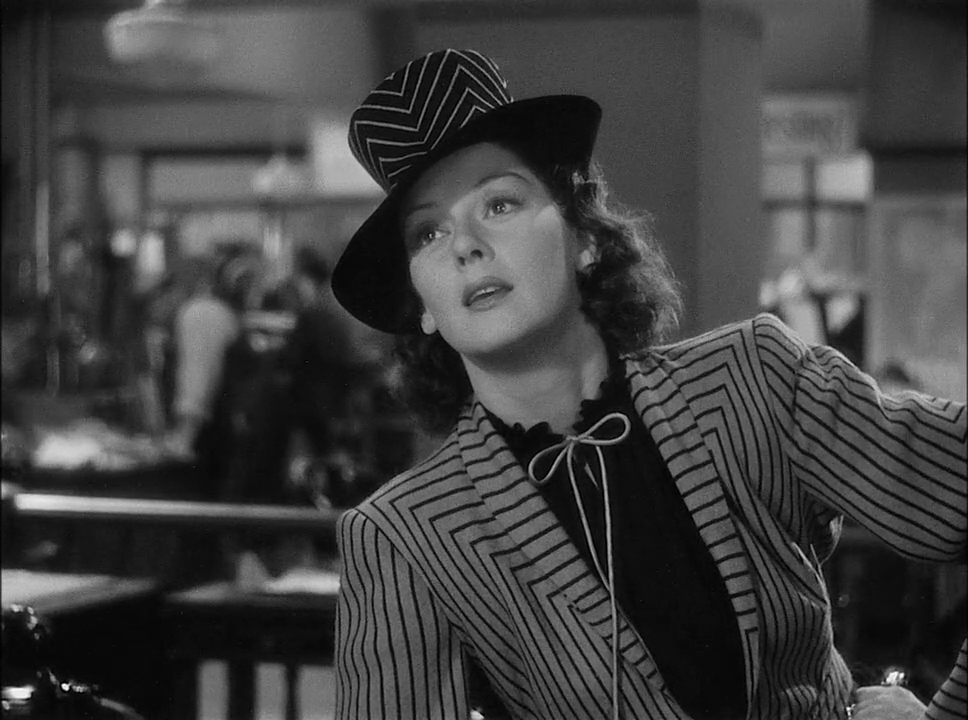 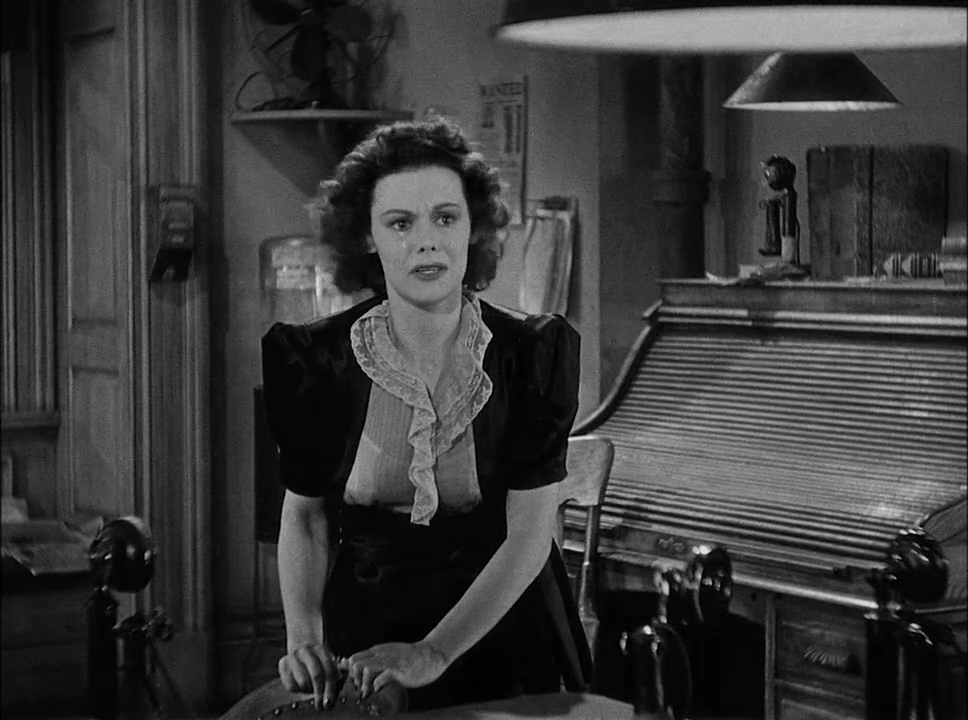 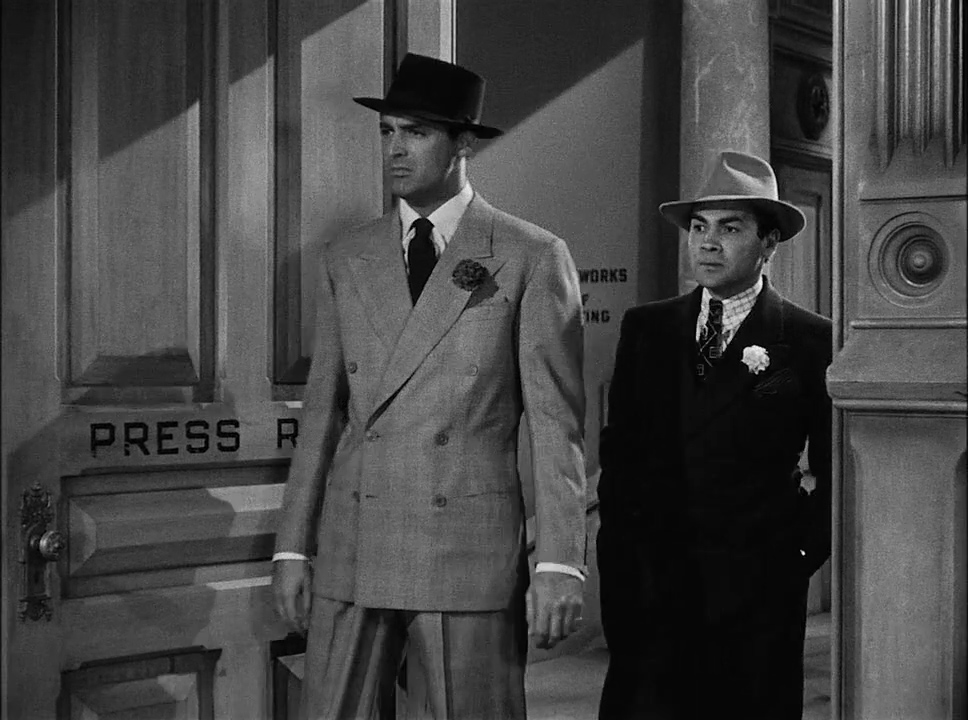 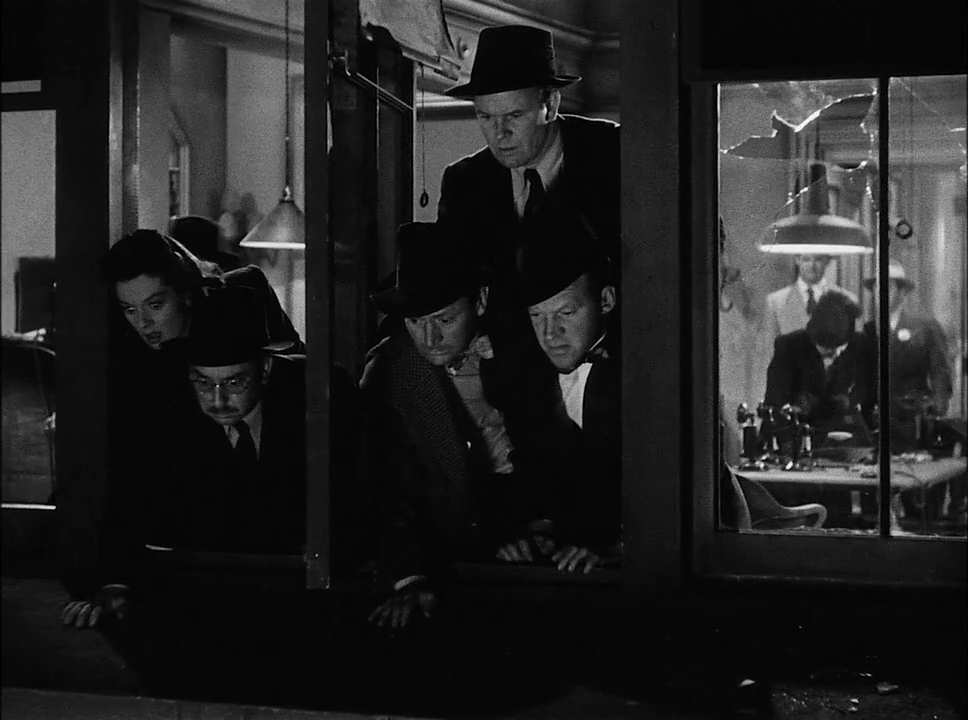 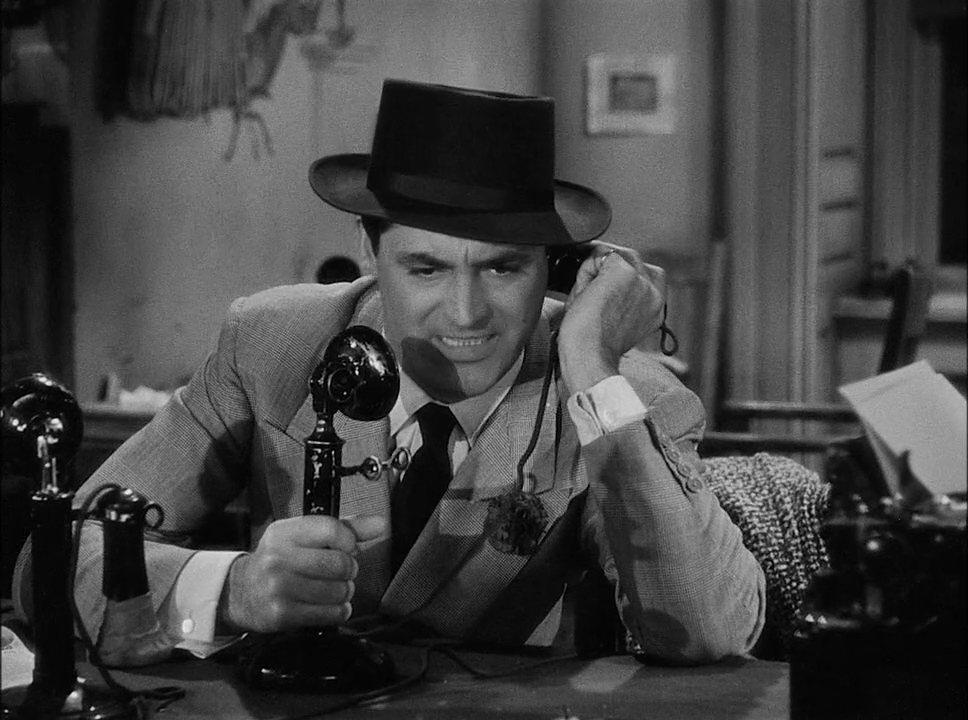 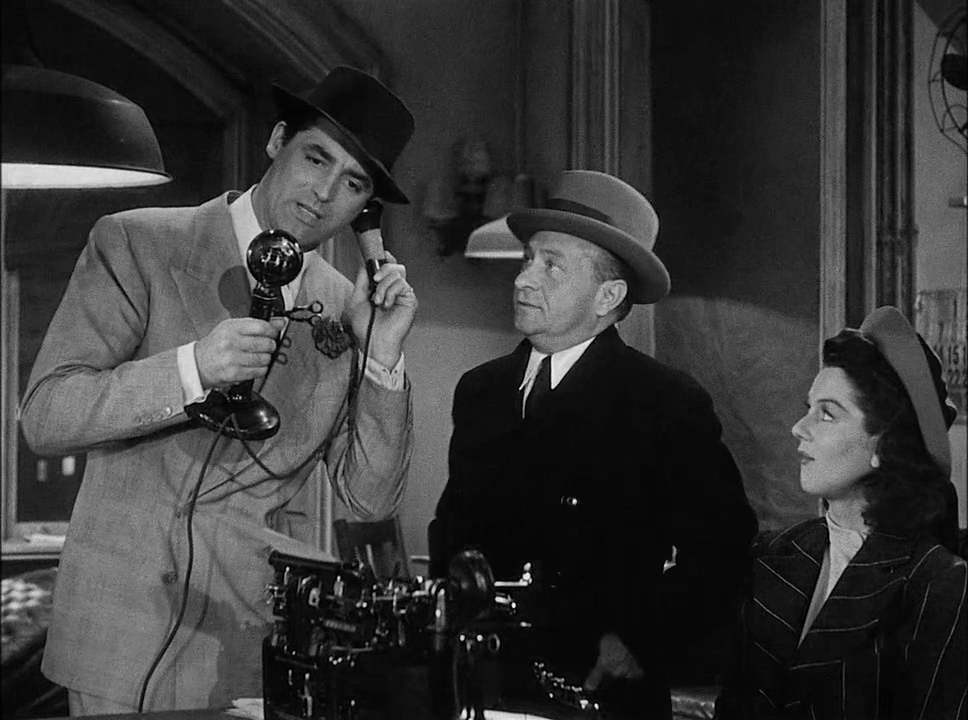 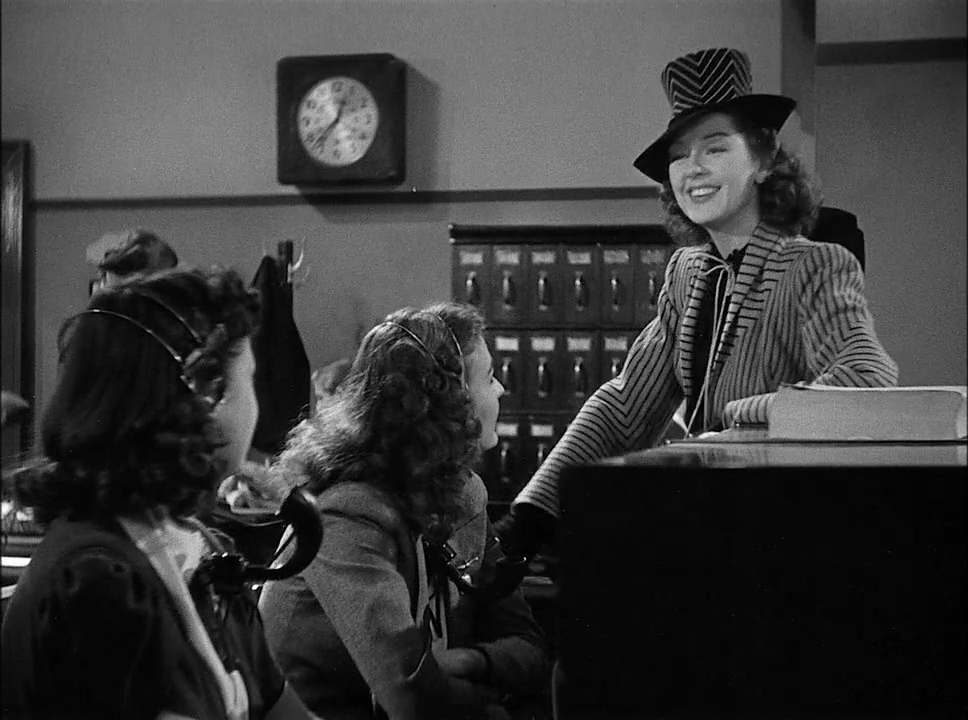 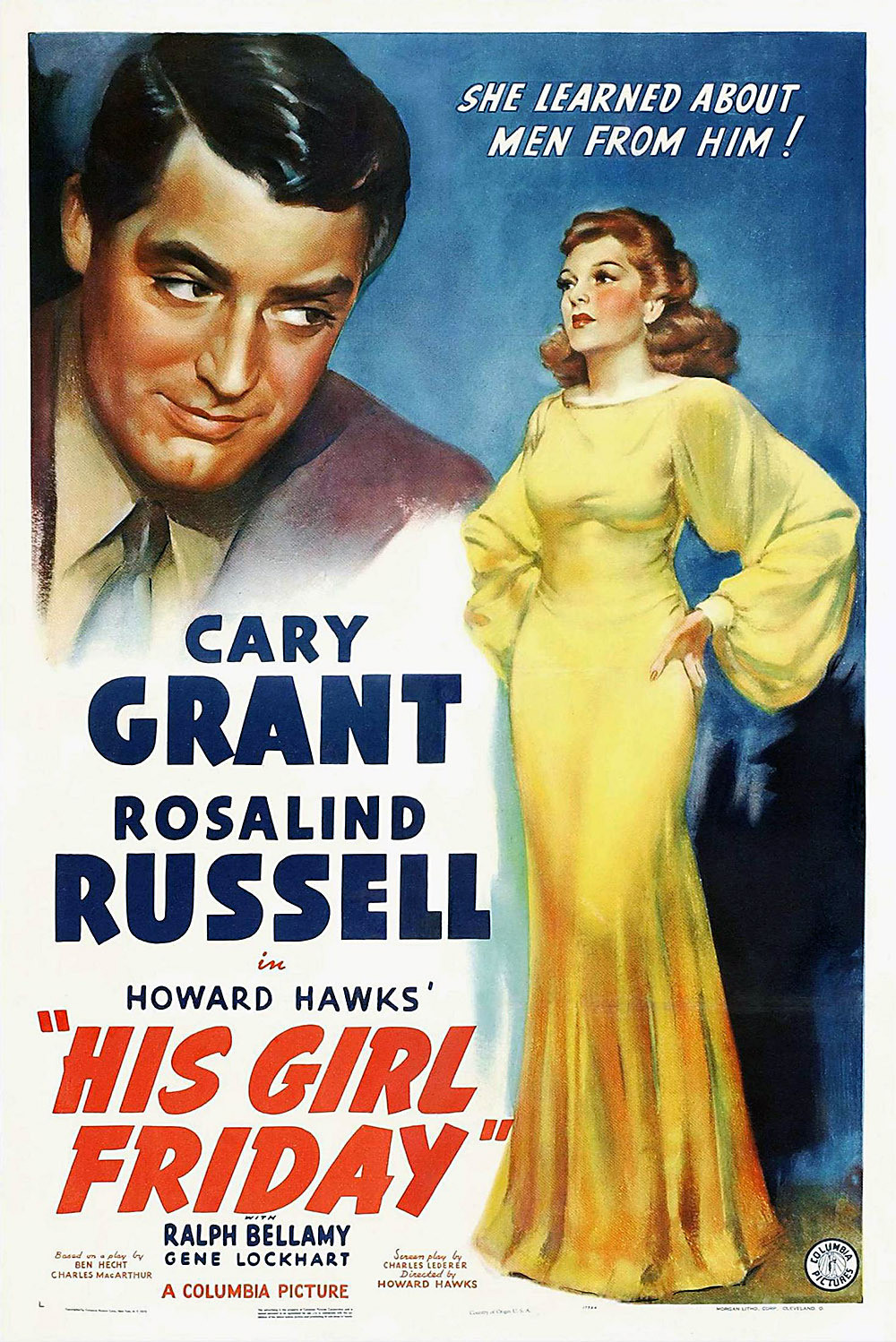