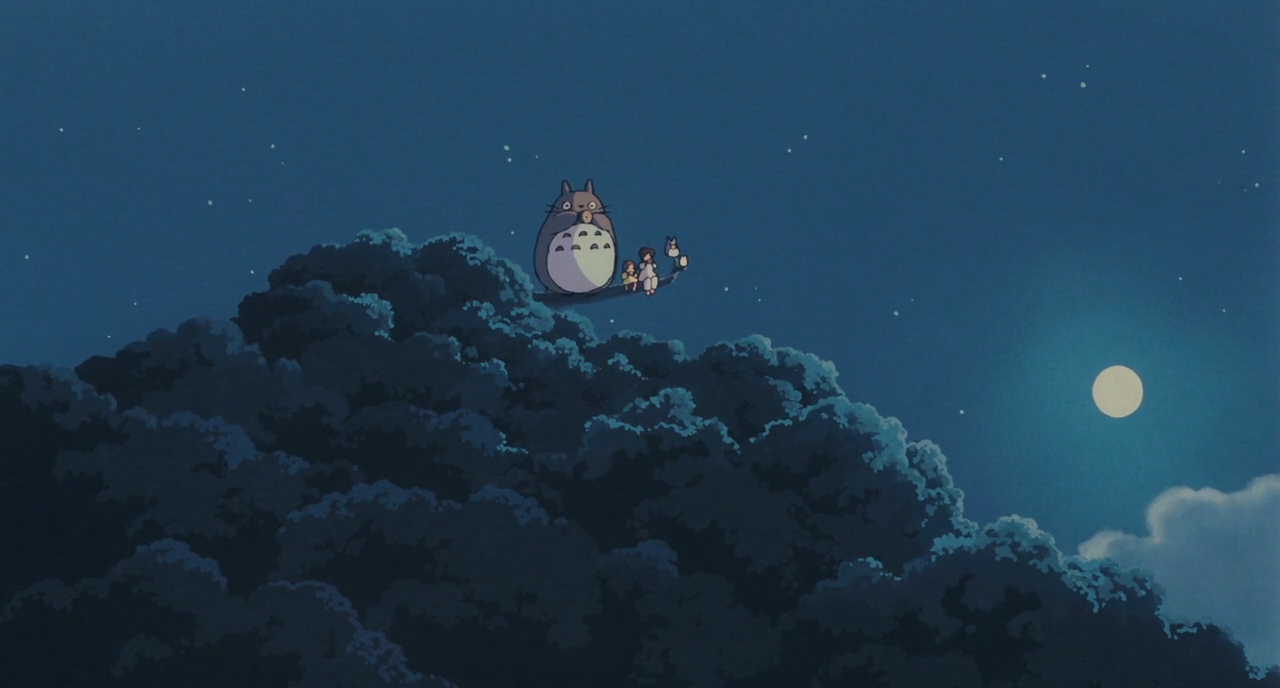 Although I've watched very few of them from start to finish, the animated films of Hayao Miyazaki are played constantly around my house, as my three kids enjoy them quite a bit. I admired the first one we tried, Spirited Away, with a little distraction, and then struggled through (but half-liked) Ponyo, and eventually gave up about 20 minutes into one about a castle that floats, or something like that, and haven't tried another since. While I enjoy Miyazaki's creative spirit in moments, I find it difficult to withstand 90 minutes of his particular brand of abject nonsense, so I was not exactly looking forward to My Neighbor Totoro. I'd seen patches of it in passing many times, and it looked like more of the same. Now that I've seen all of it in one sitting, it's easily my favorite of the three Miyazakis I've seen in their entirety.

My Neighbor Totoro masterfully captures the spirit of childhood wonder as it tells the story of two young girls who are anxious about their ailing mother. While she recovers in the hospital, the girls and their father move into an old house in the country — one that some local children think is haunted. the house is inhabited by some odd, but harmless, little creatures; but the lush neighboring forest hosts progressively bigger and more magical spirits.

Unlike the Miyazaki movies that have failed to hold my attention, My Neighbor Totoro keeps it simple. There is no convoluted narrative or folklore, and a complete absence of formula and cynicism, just a family with worries, a forest and some gentle monsters. Miyazaki's bizarre imagination and brilliant half-creepy/half-cute design are allowed to express themselves freely and embody a spirit of untethered awe that defies intellectualization. It's light and beautiful with an affecting sweetness.

Does this make me eager to seek out more of Miyazaki's work? I'm ambivalent, but open, as usual. I don't typically seek out animated movies, but often like them in spite of my reservations. the Japanese anime that resonates with me the most have been Mamoru Hosoda's stunning The Wolf Children (a.k.a. Ame and Yuki) and Isao Takahata's The Tale of Princess Kaguya, both of which told grounded, mature stories that leveraged the poetic, artistic nature of animation. From my experience, Miyazaki prefers to jump head first into the chaotic storytelling that is less to my taste, with My Neighbor Totoro the one exception.

Trailer for My Neighbor Totoro (1988) 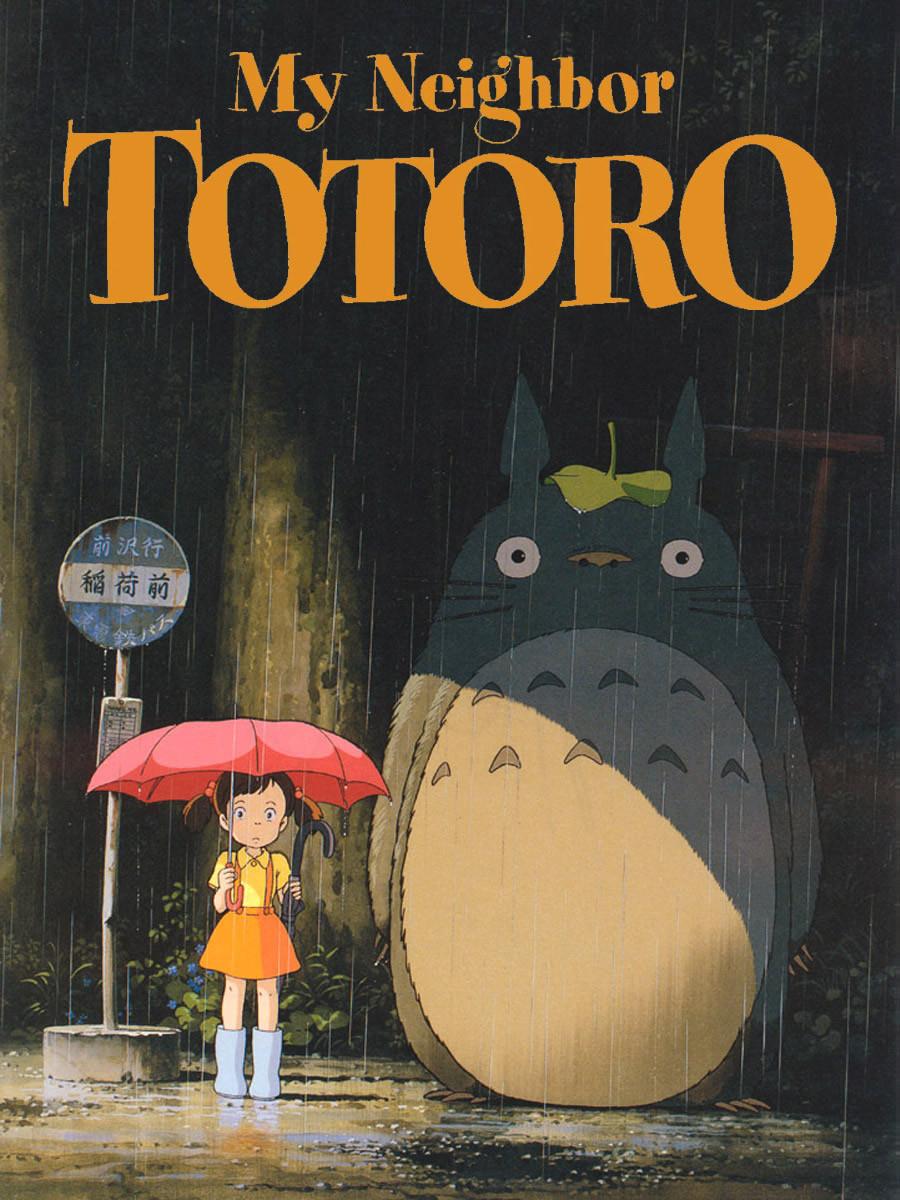