The all-star military adventure epic was a big deal during the 1960s: The Dirty Dozen, Kelly's Heroes, The Longest Day; even Frank Sinatra spearheaded one with Von Ryan's Express. For me, the defining movie of this genre is the one that started it: David Lean's 1957 classic The Bridge on the River Kwai, which depicted an intimate story on a massive canvas, cleverly navigating the conflicting post-World War II narratives of victorious spirit and traumatic sacrifice. Lean's stirring drama created a formula that gracefully exploited the thrill of battle but underpinned it with the values of camaraderie, patriotism and pride, and ultimately wrapped all of the above in a cloak of tragic irony.

In comparison, John Sturges' The Great Escape — from the faux-whistling of its jaunty theme, to its spirit of Allied cooperation and its bitter finale — felt like a big, dumb attempt at recreating Lean's masterful success from six years prior, only bigger and dumber.

Based on the true story of a group of Allied POWs' ambitious attempt to escape from a specialized high-security German prison in Poland in 1943, The Great Escape takes nearly three hours to set up 13 characters, illustrate their plan, introduce some inconsequential obstacles, and then engage in a series of Hollywoodized chase scenes of varying credibility before... avoiding spoilers, let's just say that the ending is realistic, but jarringly incongruous given the almost casual sheen coating the preceding 165 minutes.

The Great Escape is one of those "war" movies in which movie stars like Steve McQueen saunter charmingly around a prison camp in neatly pressed clothes as if he's on vacation at a country club, and escaping soldiers eschew stealth to stop for a chat in between searchlight patterns. It's the kind of prison camp in which the guards are remarkably non-chalant given that every prisoner is known escape artist, and their dramatic discovery of an elaborate late-stage escape plan has absolutely no repercussions. the candy-coating on The Great Escape is nearly as thick as the concrete walls of the impeccably clean "cooler." It's almost impossible to not compare it with the TV series Hogan's Heroes, which it surely inspired.

This type of old-school war movie can have its charm — and The Great Escape is decently entertaining for most of its running time — but when the final sixth of this extremely long and surface-oriented movie tries to suddenly acknowledge the horrors of war (while simultaneously engaging in fanciful chase scenes) it's difficult to swallow. Sturges utterly cocks up the tone, as if he's trying to please too many masters, and never resolves the intractable conflict between his movie studio and history. the result is an ending that makes the rest of the movie feel like a trivial waste of time. While The Great Escape apes the narrative and stylistic formula of Bridge on the River Kwai, it doesn't even attempt to replicate the inner journeys and overarching themes that hold the movie together and make it great. 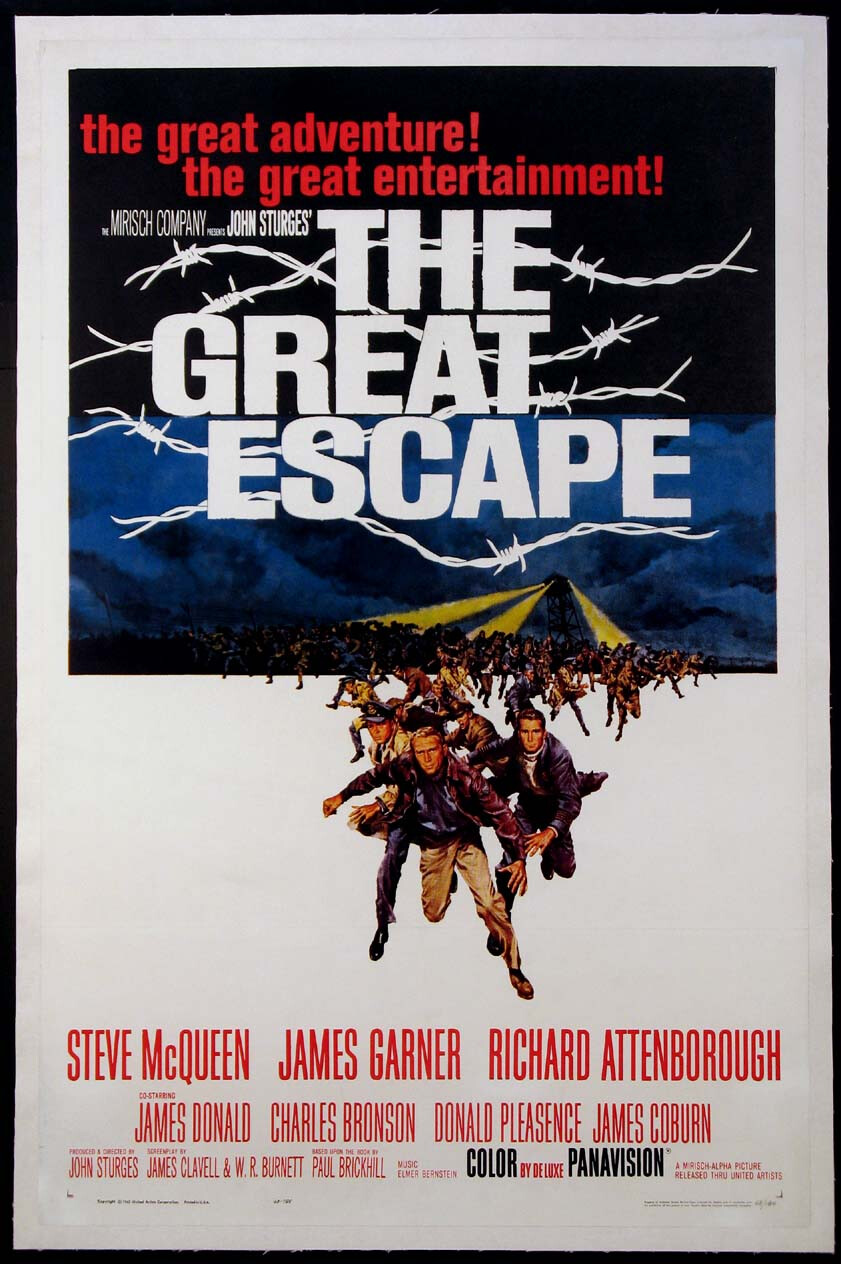