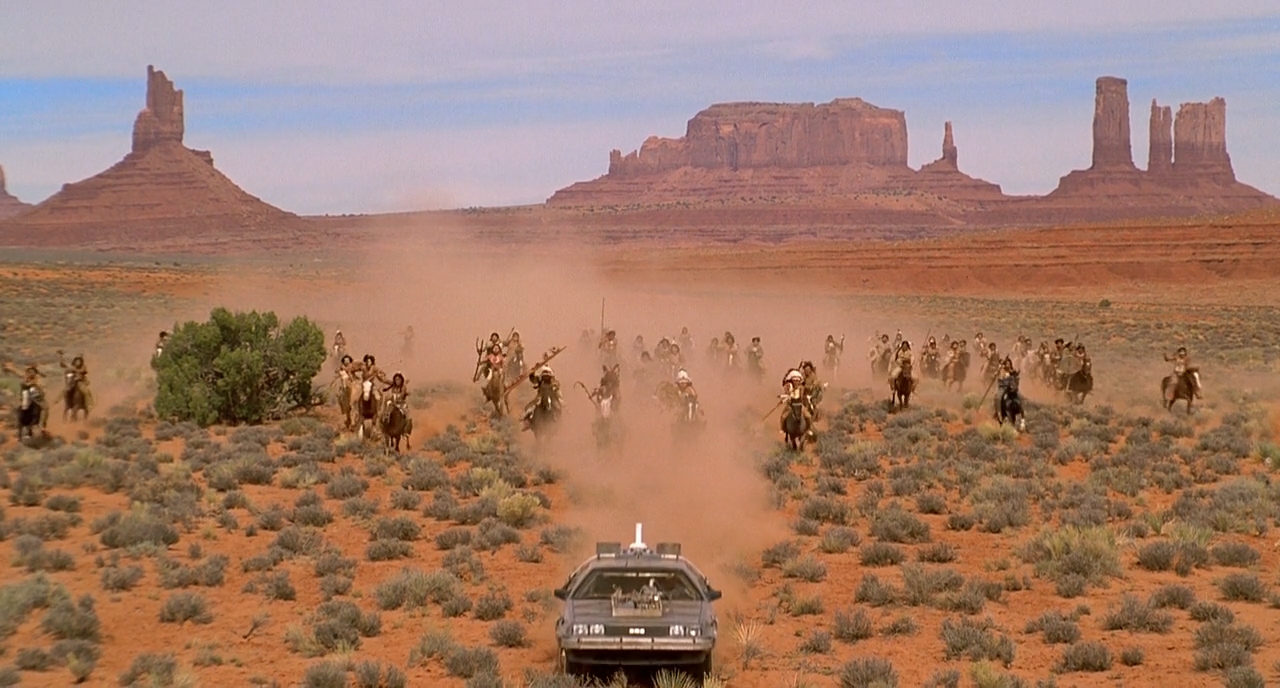 Confession: I had never seen Back to the Future Part III, until now. I saw both previous entries in the franchise in movie theaters during their initial releases, but I was disappointed enough in the ugly tone of Back to the Future Part II that I didn't feel compelled to finish the trilogy — even though I consider the original to be one of the best popcorn adventures of the 1980s. With two decades of distance, I re-watched the second film a year ago, with the intent to finally complete the series, and at least appreciated the sequel's structure if not its content, but it once again sapped my enthusiasm for seeking completion.

This time around, I enlisted my kids for moral support, and they were so engaged by the first film in the series that they begged to watched the sequels in consecutive nights. the original film still holds up as an excellent example of tight high-concept storytelling and efficient comic world building. Yet, there are some clear warning signs of the qualities that would bury Back to the Future Part II in dreadful, dispiriting caricature. Part II's grating performance by Thomas F. Wilson compounds its questionably family-appropriate descent into a sleazy alternate present. However, Back to the Future Part III competently scrubs off the grime and lifts the series back into the zone of fun, light comedy, even if it falls considerably short of the inspiration that has made the first part a classic.

As a consequence of Marty McFly's (Michael J. Fox) and Doc Brown's (Christopher Lloyd) problem-solving time travel adventures in the first two movies, Back to the Future Part III begins with 1985's Doc stranded in 1885, and Marty conspiring with 1955's younger Doc to rescue him and return him to the proper time. Going back a full century allows director Robert Zemeckis and screenwriter Bob Gale to depict the now-iconic Hill Valley's origins as a rough old-west outpost. With a rousing sense of theme-park-level adventure, Marty gets chased by Native Americans, is almost lynched, bumps into a lookalike ancestor, and runs afoul of a coarse outlaw (Wilson again), while Doc falls in love with a progressive schoolteacher (Mary Steenburgen), all leading up to yet another last-minute time escape.

There's nothing really wrong with Back to the Future Part III, but it does feel like the laziest in the series. It relies heavily on the structure of Part I, the set-ups intentionally planted in Part II, and then it fills in the spaces with the kind of western movie tropes you might expect from a mediocre TV comedy. Fox and Lloyd are as good in their roles as usual, and Wilson is, thankfully, more restrained this time around, even though he is still saddled with a role several qualities short of a full single dimension. Steenburgen is typically delightful, and both Lea Thompson and Elisabeth Shue appear briefly, but none of their roles matter. What's missing from Part III is creativity and purpose.

While Back to the Future Part III ably repairs the damage done by Part II, it doesn't make a compelling argument for the necessity of a trilogy. Taken on its own as a comedy, I didn't laugh much in Back to the Future Part III, but the genial tone is consistently smile-worthy. I'm glad I finally saw it, but it feels more like an above-average straight-to-video spin-off from the fantastic 1985 original than a feature film deserving of any special credit.

Back to the Future Part III (1990) Stills Gallery

Discuss Back to the Future Part III @ Letterboxd 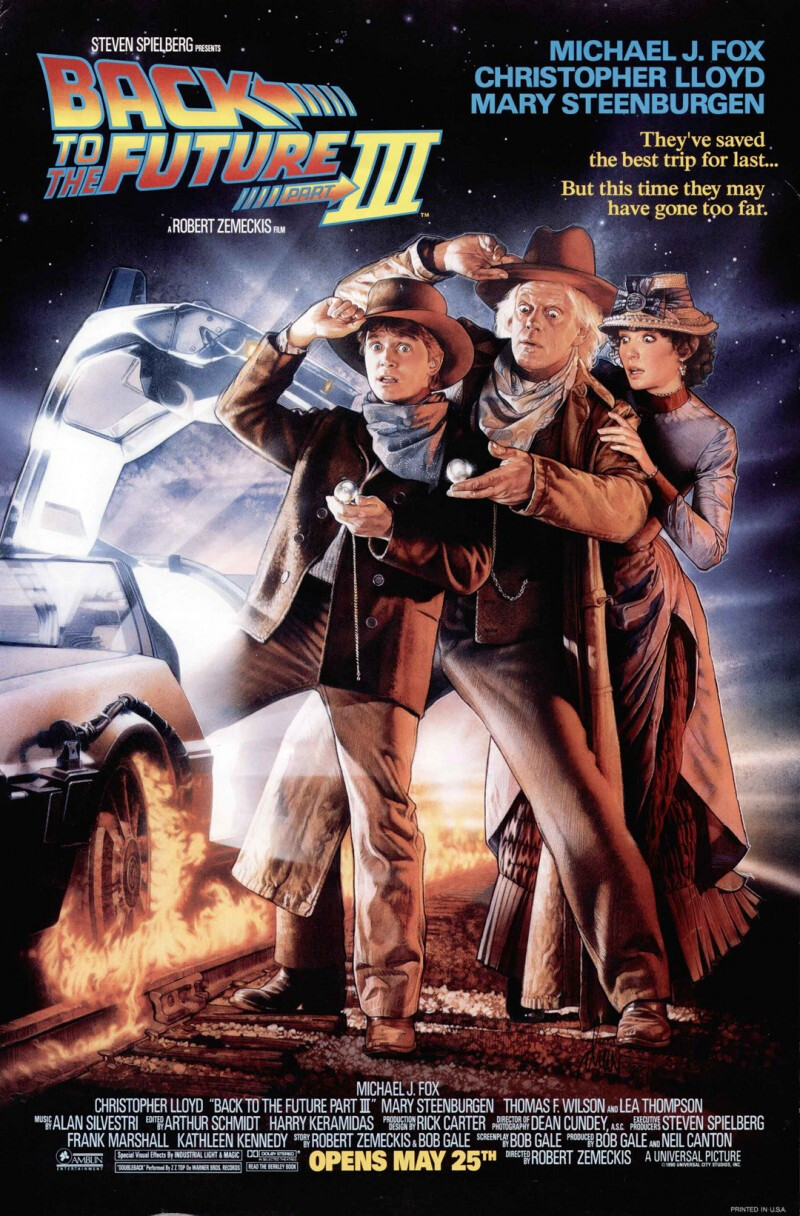