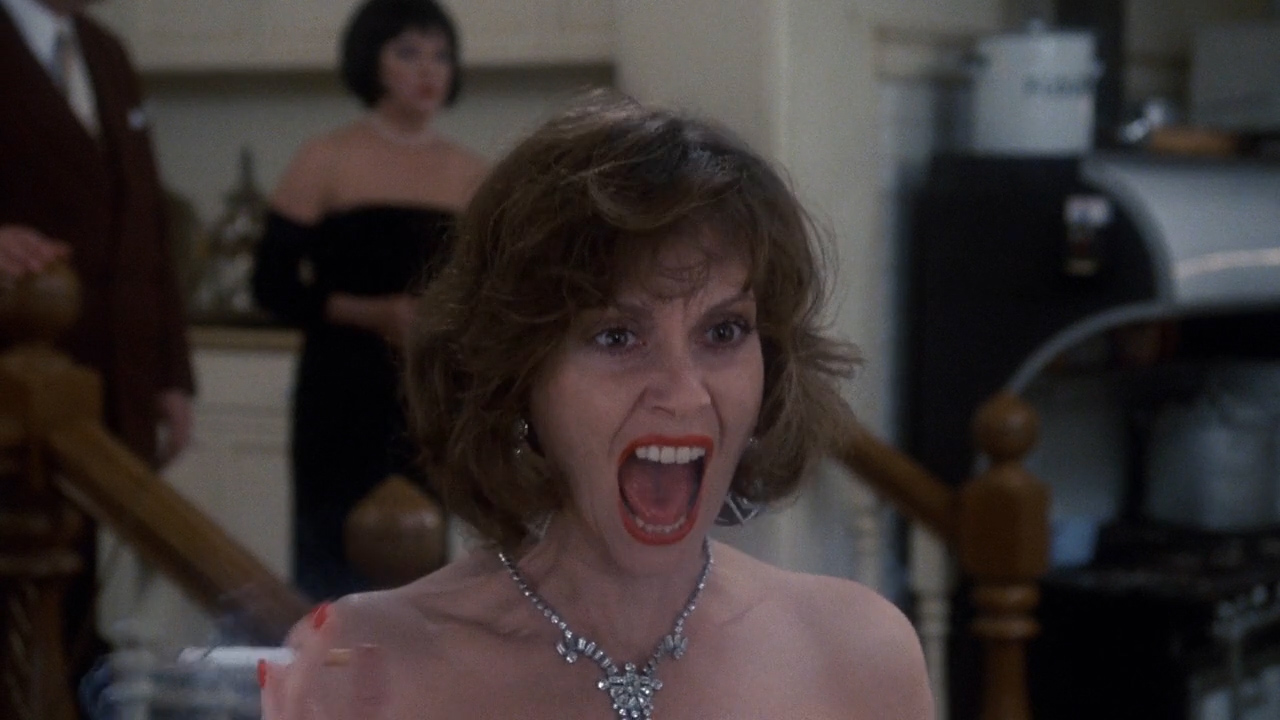 Clue is one of those middling comedies that seemed utterly ordinary in its day, but, thanks to a swell of recent blog-based nostalgia, is experiencing a delayed cult-like surge in popularity. I don't think I saw it until it first hit the pay cable channels in 1986, was mildly amused, and didn't give it another thought until this month. After watching it again now, I can't say that Clue stood out as a hidden gem, but it does leave a solid impression with its dazzling final half-hour.

For the most part, Clue is a fairly standard whodunit with a light comic tone: a group of strangers is invited by a mysterious host to dine at a spooky mansion (complete with secret passageways) on a stormy night. Then, there's a murder. Or is there? Well, there is now. And now. And now. And the killer must be one of the guests. Clue — based on the popular Parker Bros. board game that every household had in the 1970s & 1980s, but no one ever seemed to play — knows that it is a collection of mystery cliches, but doesn't try to spoof them; it's a fairly straight rehash of familiar moments with little new to offer prior to its novel multiple endings.

For me, Clue was neatly divided into three acts of increasing quality. the first act relied too heavily on two tropes I can usually do without:

On the first point, this is just lazy writing, and the worst way to introduce characters; instead of inviting empathy it erects a wall of thorns between the audience and the subject. It's also an extremely unnatural starting position for a group of sophisticated strangers who would be more likely to passively-aggressively fake politeness until the cracks in their facade are gaping. Maybe it's too much to expect Bunuel-level social satire from a movie based on a game, but this obtuse start alienated me pretty quickly. As for the second point, it just added noise to an already abrasive start. Only the Coen brothers — who have something of a fetish for close-ups of howling faces — have figured out a way to wring consistent mirth out of close-ups of shrill bellowing.

However, debut director Jonathan Lynn (a British TV writer who co-wrote the script with John Landis) does a fair job of sticking his landing after his turbulent introduction of the characters. the cast — a who's who of mostly TV-level character actors from the 1980s — are finally allowed to let their well-honed appeal shine through their two-dimensional character types. All of Eileen Brennan, Madeline Kahn, Christopher Lloyd, Michael McKean, Martin Mull, Lesley Ann Warren, Colleen Camp, Howard Hesseman, and even Go-Go Jane Wiedlin, are well-used if not full exploited. the only sore thumb in the cast is punk singer Lee Ving (a familiar face from our Punk Movies Month), who seems to have been uncomfortably stuffed into a suit and thrown into a room full of slick pros without any direction.

Having established its contrived plot in the stiff first 30 minutes, Clue ironically relaxes into a pleasant groove of screwball paranoia as the bodies begin to pile up and the suspects creep and lurk from room to room in their search for clues to reveal the killer's identity. However, it's the final 30 minutes in which Clue really springs to life, with Tim Curry delivering a virtuoso performance as he frantically leads the others through his theories on the mysteries before them.

The novelty of Clue was that it was released to theaters with three different endings, the audience never knowing which ending they would get at which showing. It's open to interpretation whether this was more a clever interpretation of the source material or a cynical attempt to sell more movie tickets (if the latter, it failed; Clue bombed), or both. Current home video options include all three endings presented as alternate theories, and Curry displays every bit of the arch wit and edgy energy that too many of his other film roles suppressed. It's a rousing finale, and somewhat obscures Clue's wishy-washy beginnings. 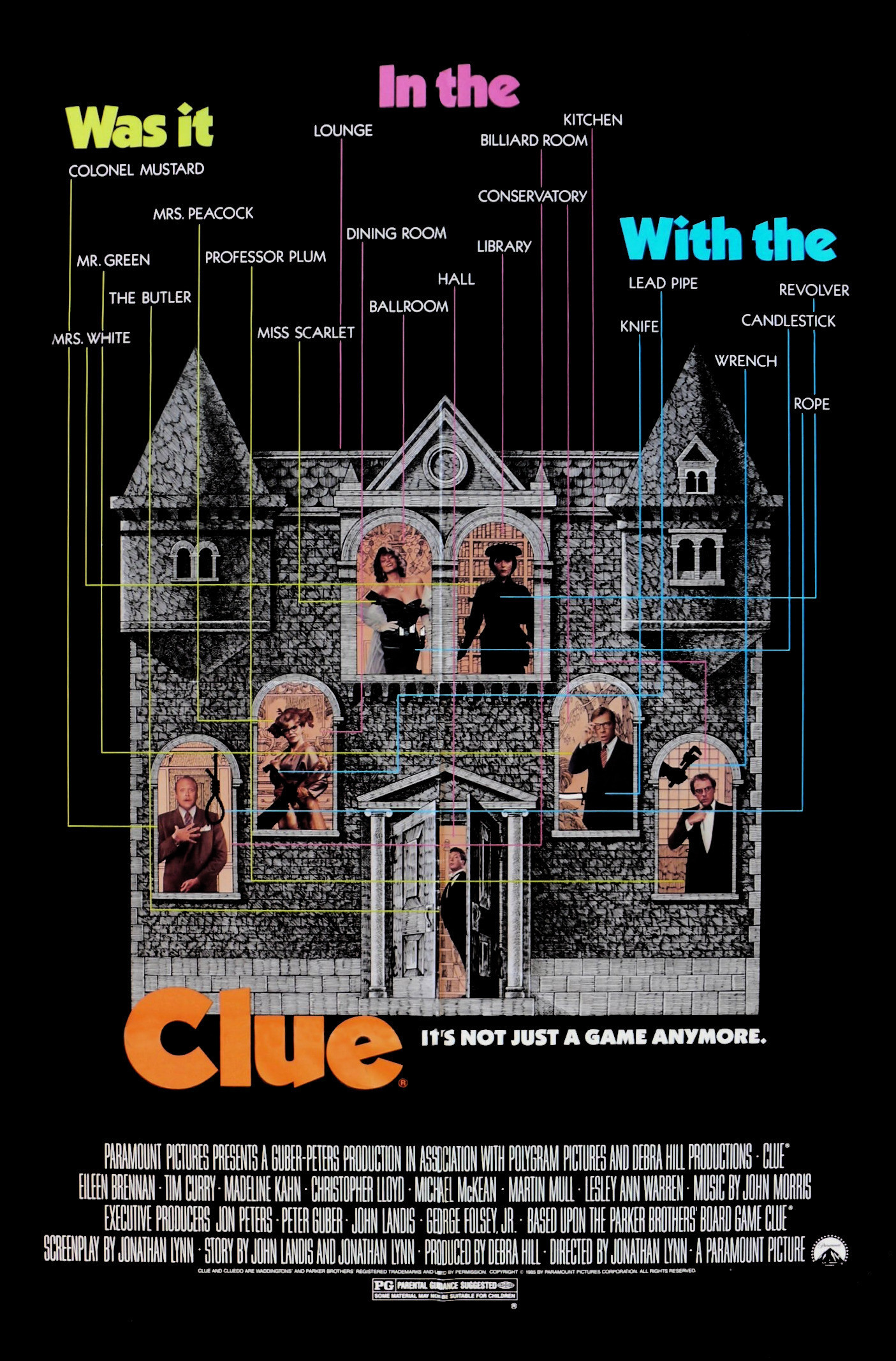