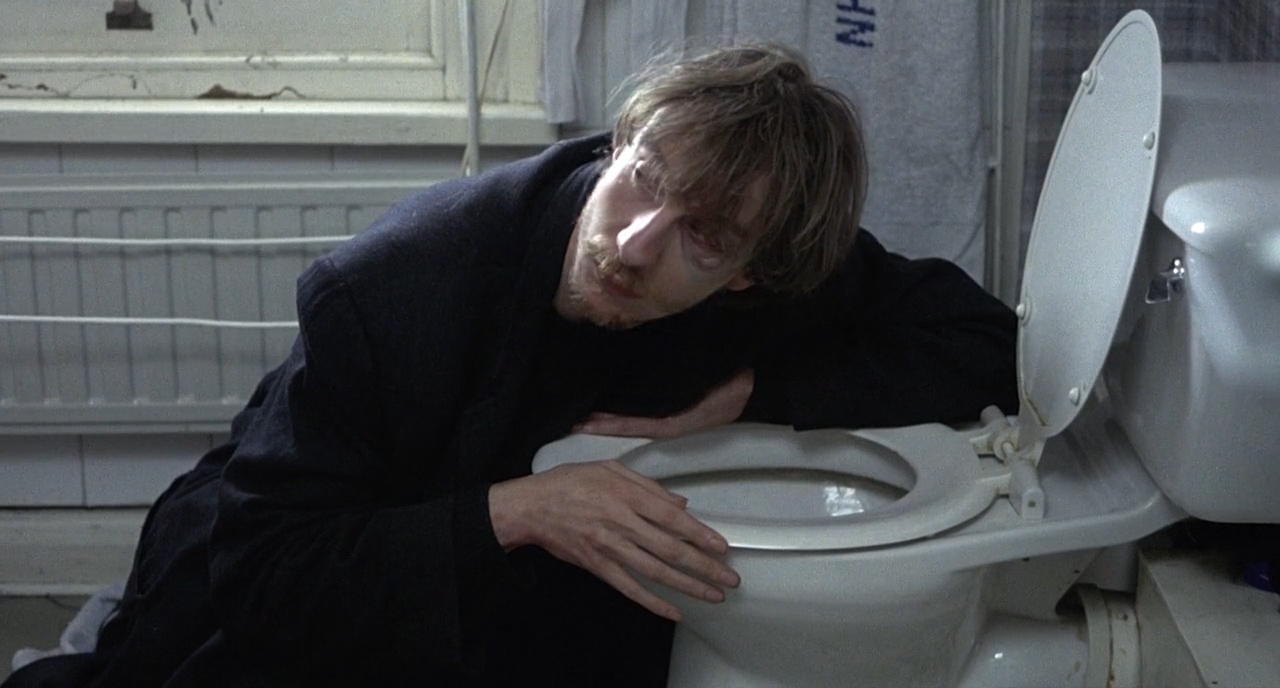 I don't consider it mandatory that a movie feature a likable protagonist for it to appeal to me. It doesn't hurt, naturally; but sometimes a brilliant performance is enough to transform a real creep into serviceable anti-hero. There's no questioning that David Thewlis delivers a remarkable performance as the nihilistic Johnny in Mike Leigh's acclaimed character study Naked. It's the role of a lifetime and he plays it perfectly, winning Best Actor at Cannes in addition to a few other accolades. But Johnny is so deeply repellent, and Thewlis so committed to the part, that it's a severely unpleasant experience to watch him wallow in Leigh's stew of filth for 126 minutes.

Naked starts with Johnny committing a rape in Manchester and then fleeing to London to escape a deserved retaliatory beating. But Johnny is the kind of guy who always has a beating coming, wherever he is: he's a dedicated antagonist and deadbeat, using his considerable intellect to tease, mock, probe and wear people into degraded nubs. He's a walking defense-mechanism, obsessed with conspiracies and philosophies that reinforce his sense of worthlessness, and he looks like he smells terrible. In London, he looks up an old girlfriend and hooks up with her roommate (Katrin Cartlidge), who would be his soul mate if she shared his indefatigable confidence. Then he stalks around London for a couple of nights, looking for new companions to turn into victims of his invective until he finally receives the physical abuse he seems to crave.

Leigh's technique as a filmmaker is in top form with Naked, giving Thewlis a handsomely produced venue for his tour de force. While I appreciate, intellectually, what I assume is the point of the movie — depicting this not uncommon type of over-educated young man with no prospects, a victim of both the class society and some form of childhood neglect that have rendered him useless except for perpetuating cycles of self-inflicted abuse while spouting weakly sarcastic misanthropy — it's no fun to watch. Johnny is huge drag to be around and his life sucks. I could have told you that without enduring more than a minute of Naked.

Movies with unlikable protagonists usually compensate by giving the anti-hero a relatable objective or by taking the point-of-view that the character's loathsomeness is the product of an escapable environmental factor or a confining naivete soon to be punctured. In Raging Bull, for example, Jake LaMotta strives to elevate himself out of the milieu which has made him good for nothing except beating people. If he was just a brute, and fine with it, that would have been boring . In Naked, Leigh appears to share Johnny's nihilism. He lives in a endless cycle of squalor and meanness, and, at the end, even after he and the closest things he has to friends are confronted with an even bigger monster than himself, no one learns anything or develops a new hope for a better future. They're all doomed, and it isn't instructive or cathartic to experience that, making this a two hours I would rather have spent watching David Thewlis doing something else. 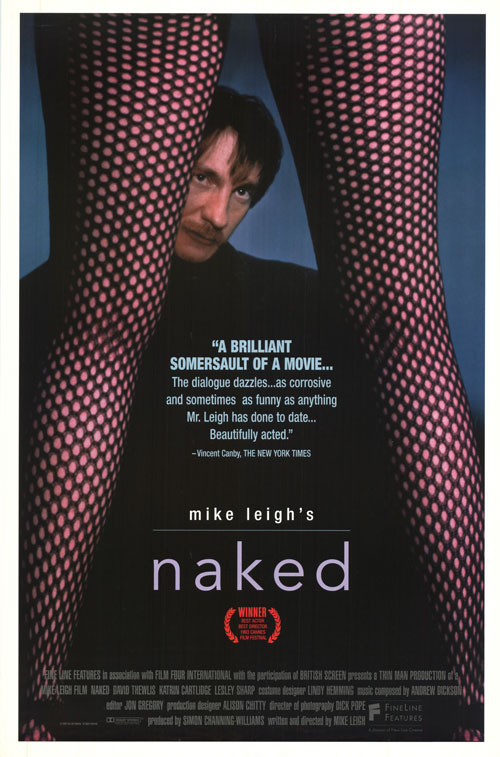