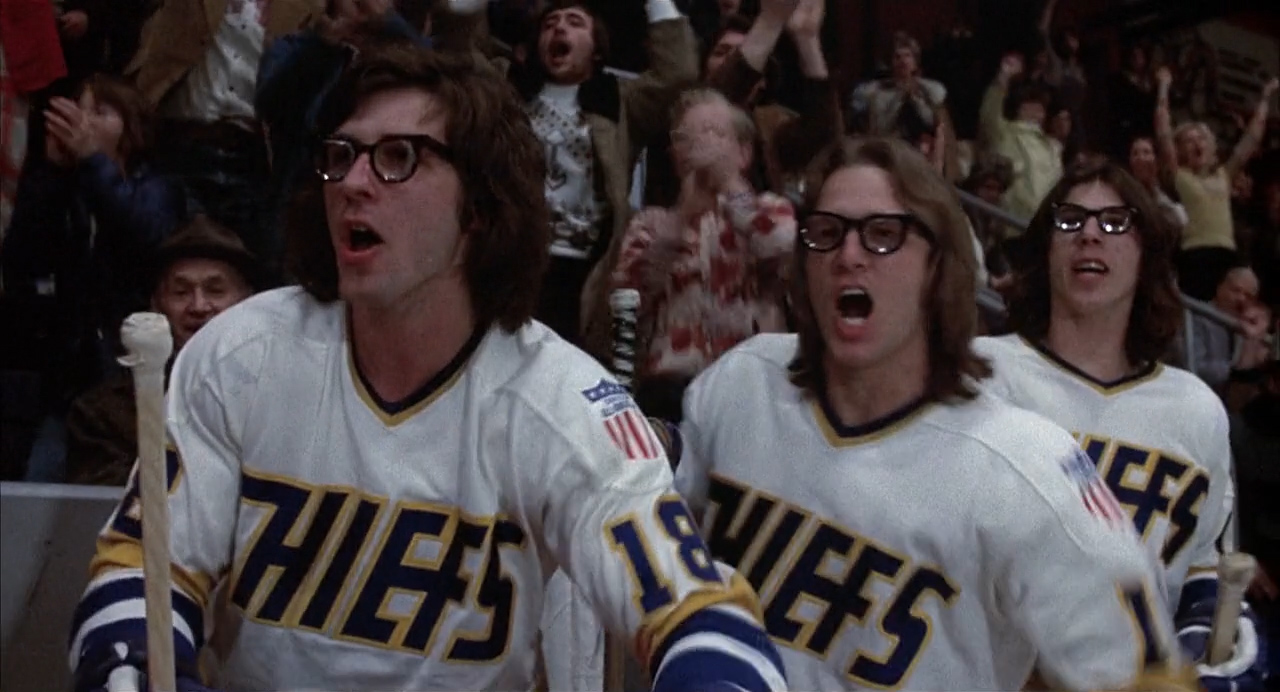 I watched Slap Shot once years ago during my time as a reviewer for the DVD Journal. I wasn't particularly impressed at the time, and swiftly discarded all memory of it, so it was a surprise to see that this unusual 1977 sports comedy is still so highly regarded almost 40 years later that it is rated as the #2 Sports Comedy of all-time on Flickchart, after Caddyshack. To my relief, I found it considerably funnier as I re-watched it this month — maybe because my expectations were lower — but it's unorthodox in some ways that make its popularity surprising.

Slap Shot follows the fortunes of the Charleston Chiefs, a crummy team of under-performing sad-sacks slogging it out in the wild world of a 1970s regional pro hockey league. the players party, fight, curse, complain and, more often than not, lose. Led by unambitious player/coach Reggie Dunlop (Paul Newman), the chiefs are finally shaken out of their long run of abject performances when it's announced that the team's secretive, anonymous owner will be dissolving the squad at the end of the season. With the end in sight, Reggie manages — with inspiration from a trio of mischievous new players — to fabricate a new team morale and winning style that focuses more on fouling and fighting than on the fundamentals.

There are more than enough good laughs in Slap Shot to make it enjoyable even when its ventures into relationship drama are less than successful and bloat its running time to over two hours. the rowdy, childlike Hanson brothers (Jeff Carlson, Steve Carlson & Jack Hanson) are the easy scene-stealers, relegating co-star Michael Ontkean's educated and chronically disapproving Ned a bland background figure at best — at least, until the very end, which is when Slap Shot really throws down its gloves and bares itself: it's a sports movie that has nothing but contempt for its sport, the sport's players and its fans.

The great 2011 hockey comedy Goon is undoubtedly deeply indebted to Slap Shot, and treads a lot of the same ground. the big difference between the two movies, however, is that Goon answers the heavy handed cynicism that piles up during Slap Shot's startlingly farcical finale. In Slap Shot, the usual formulaic twist is taken for a quick lap around the rink and then utterly destroyed in a carnival of thematic carnage. Everyone involved is revealed as little better than an animal, and the movie ends with a thumbed nose aimed at the shallow, stupid and useless lives of professional athletes and the "fans" who cry for more blood from their idols. However, in Goon, the same dubious hockey motifs that are mocked in Slap Shot are used to illustrate the nobler essence of why sport attracts both athletes and fans.

Slap Shot is, ironically, a comedy that hilariously depicts constant violence with no serious physical consequences, and then angrily jumps into the stands to spill the audience's blood all over the ice. It's a weird left-turn that sours the final effect of a movie that is both too indulgent and completely lacks self-awareness. 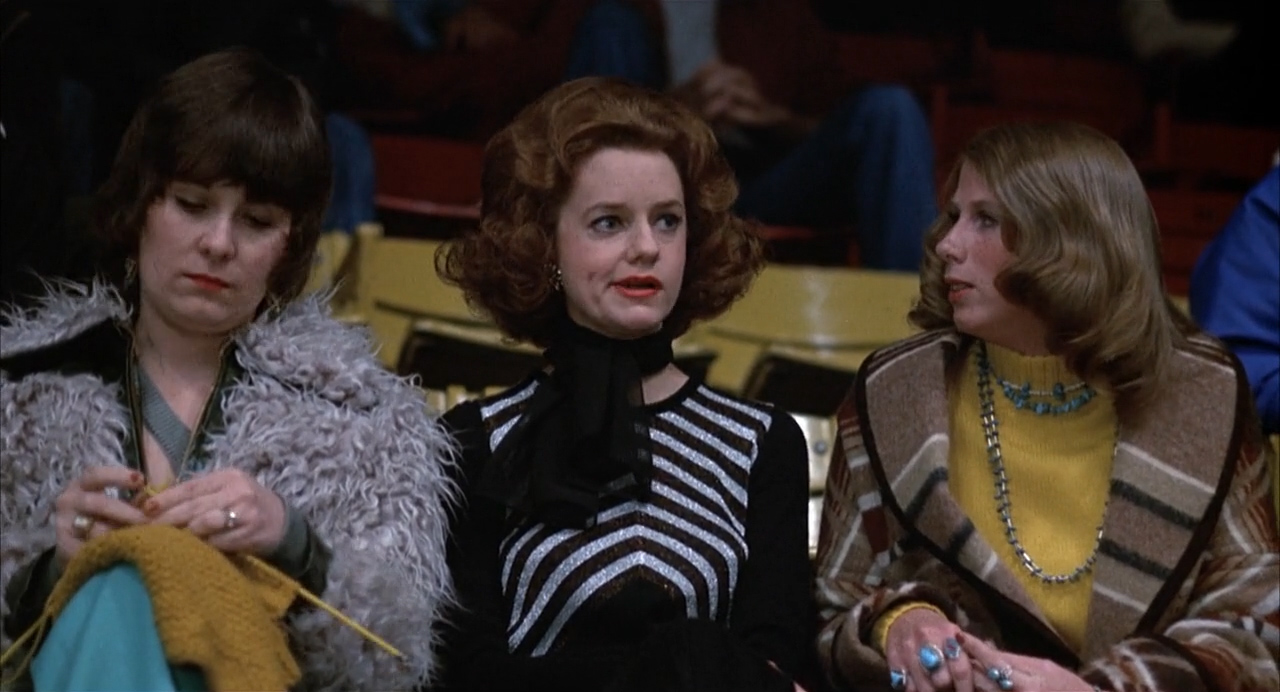 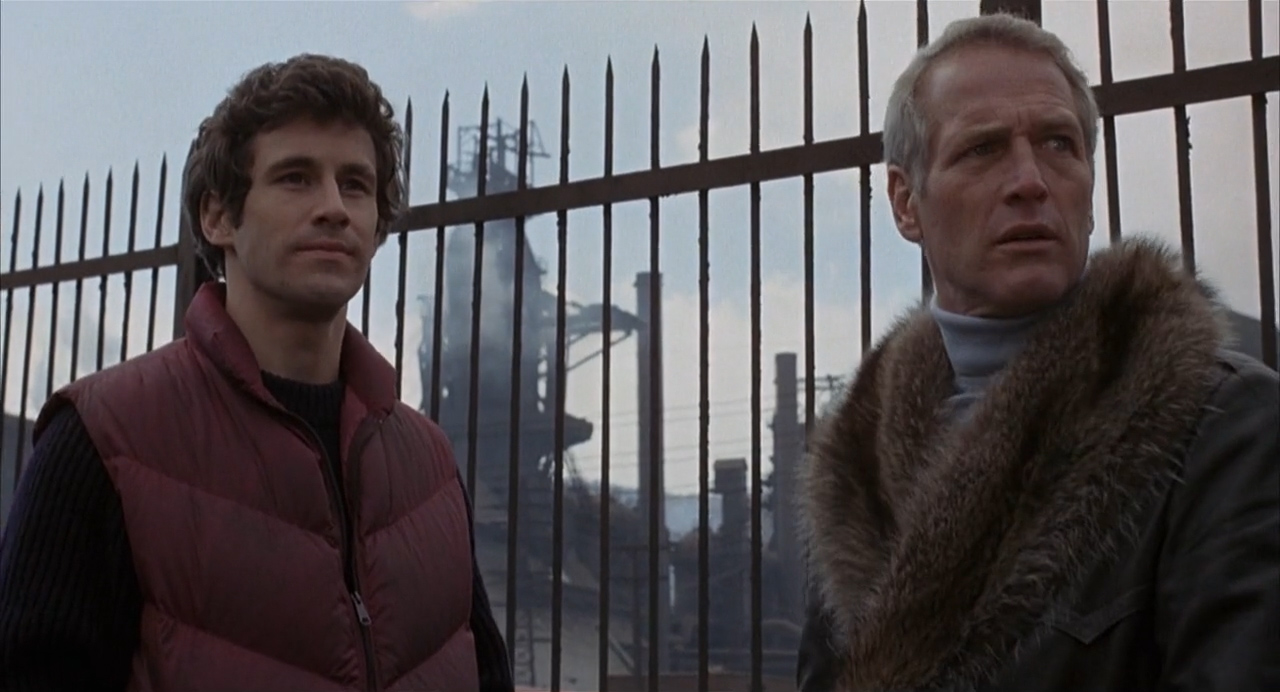 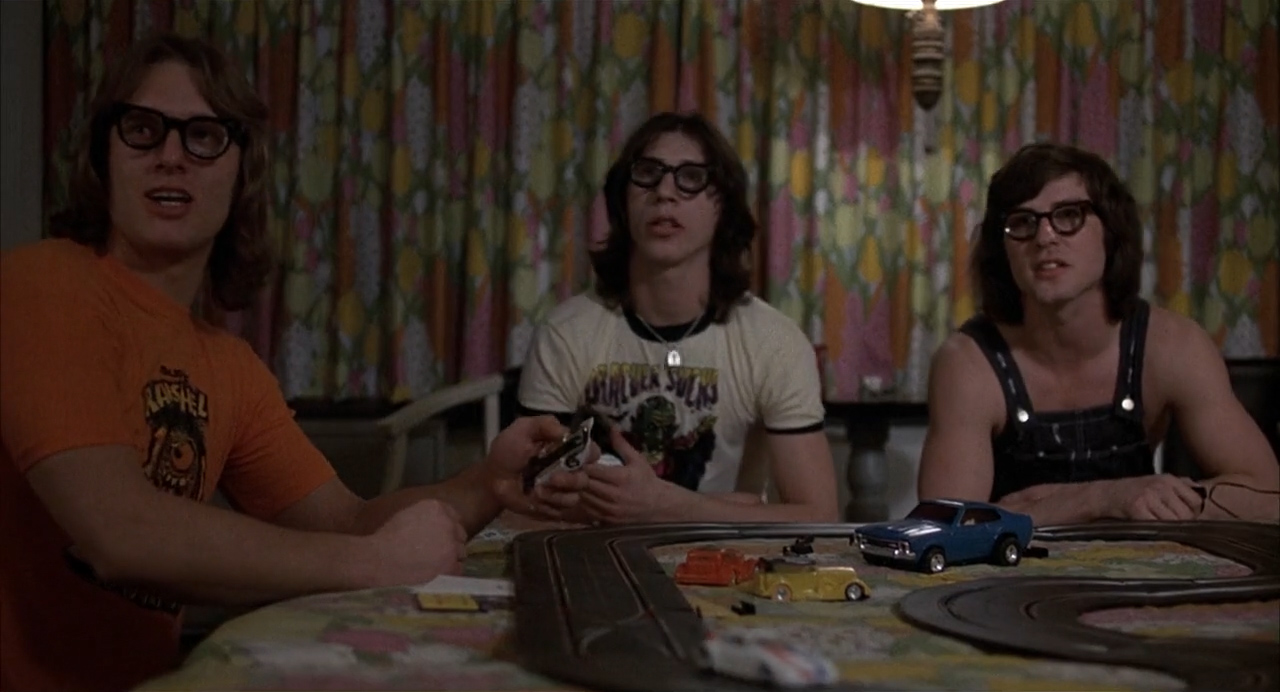 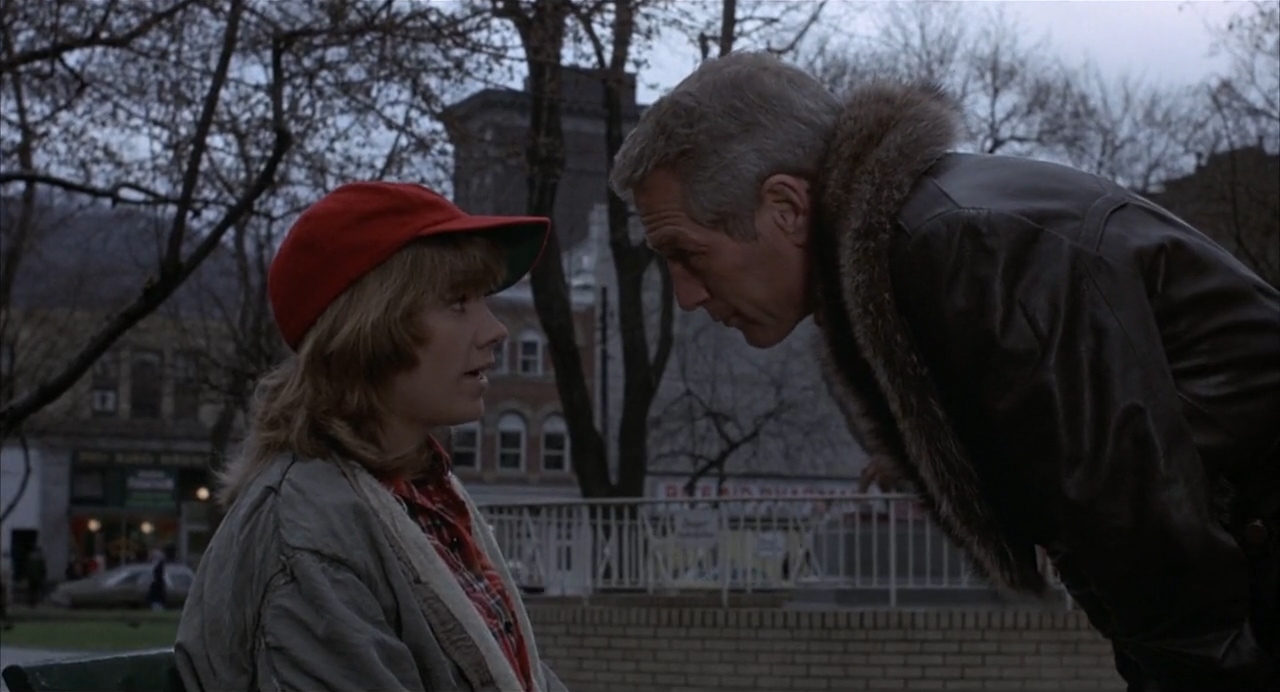 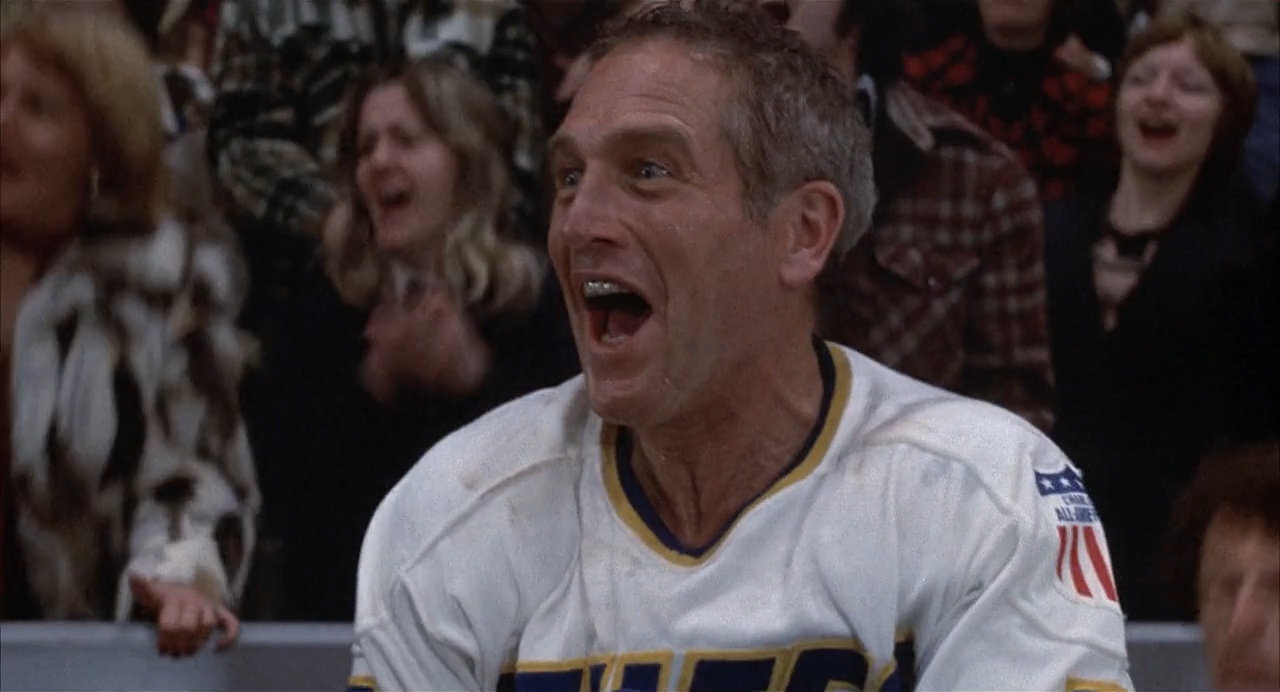 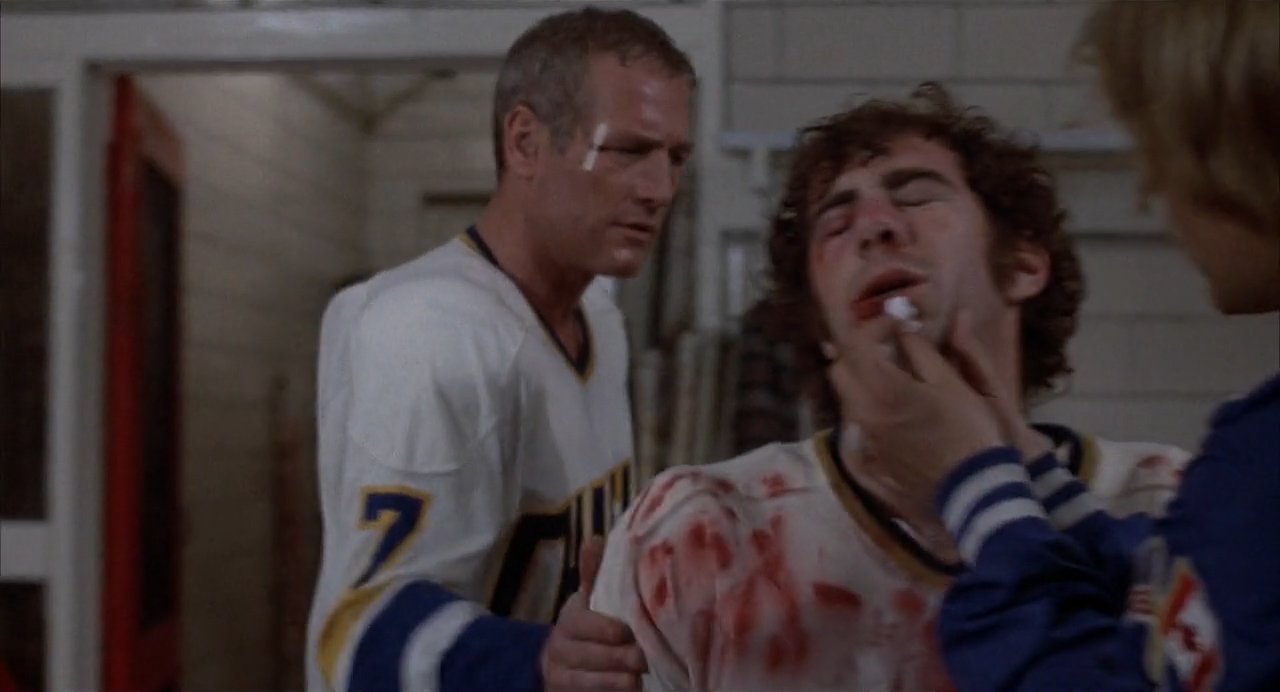 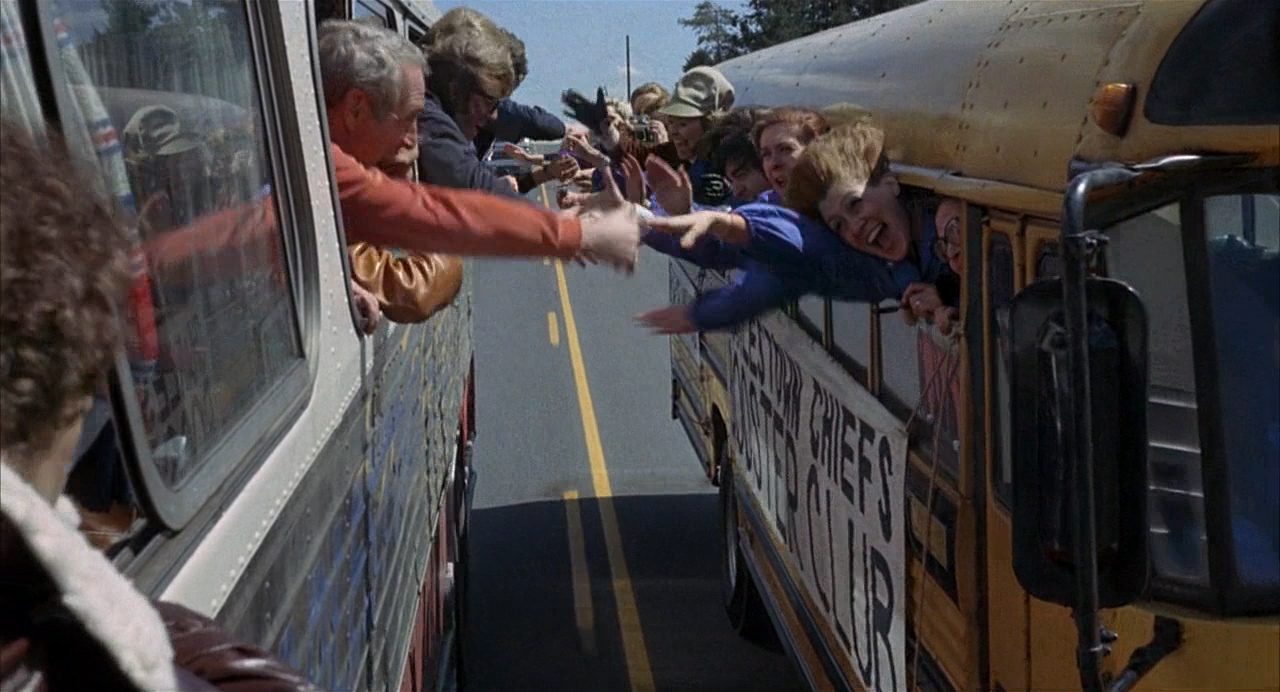 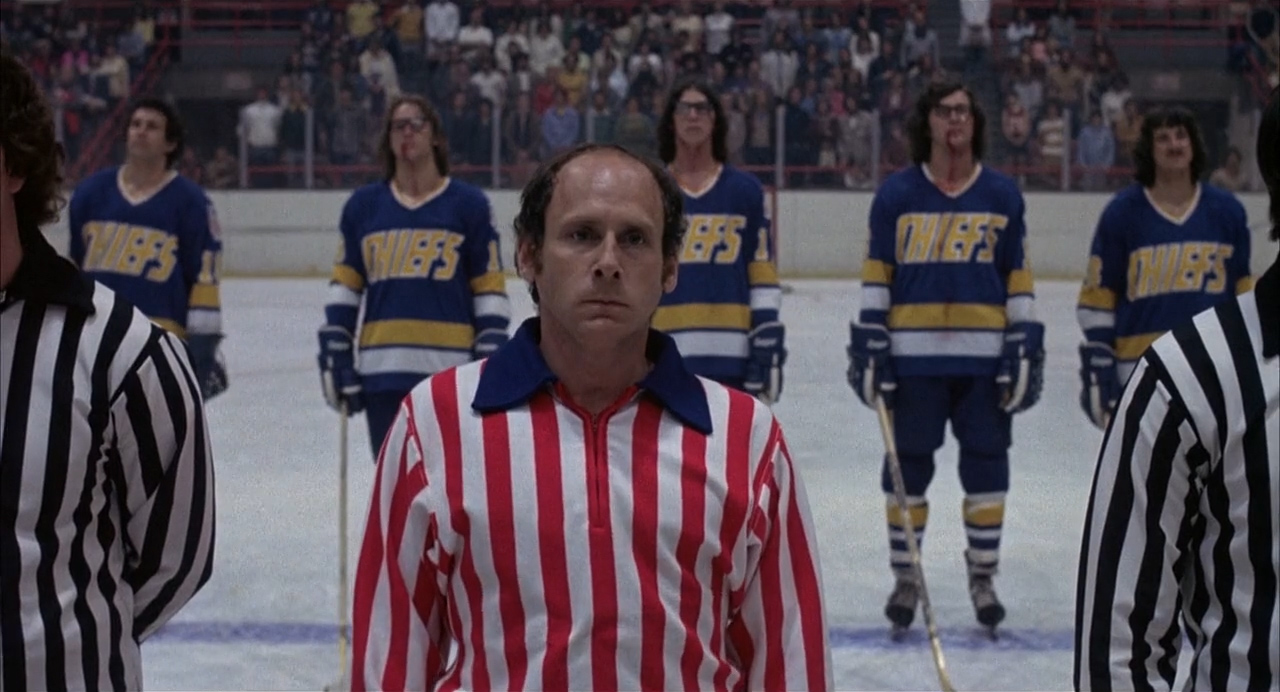 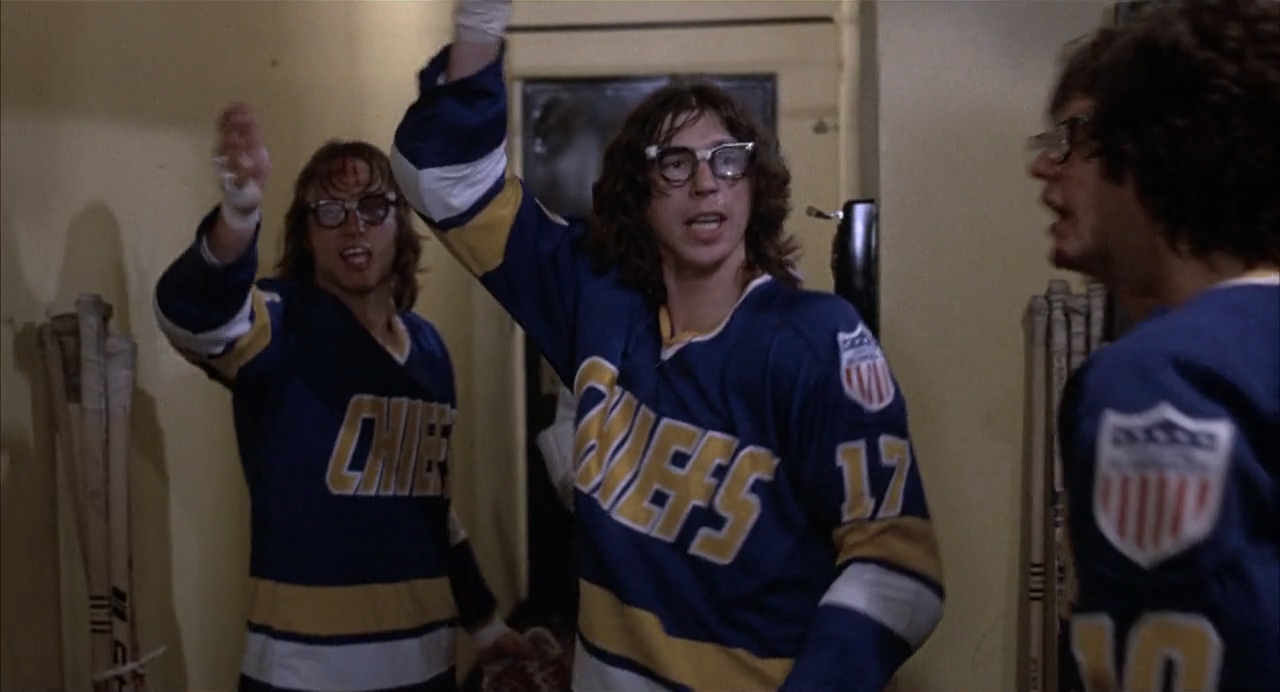 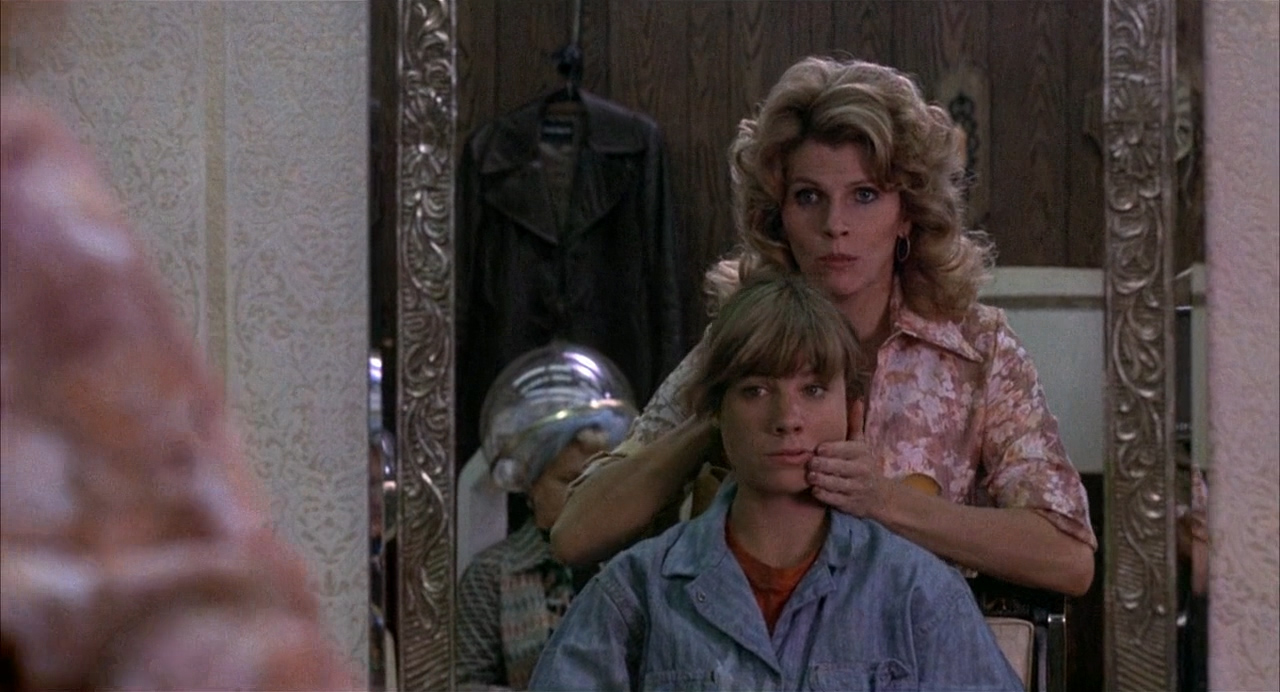 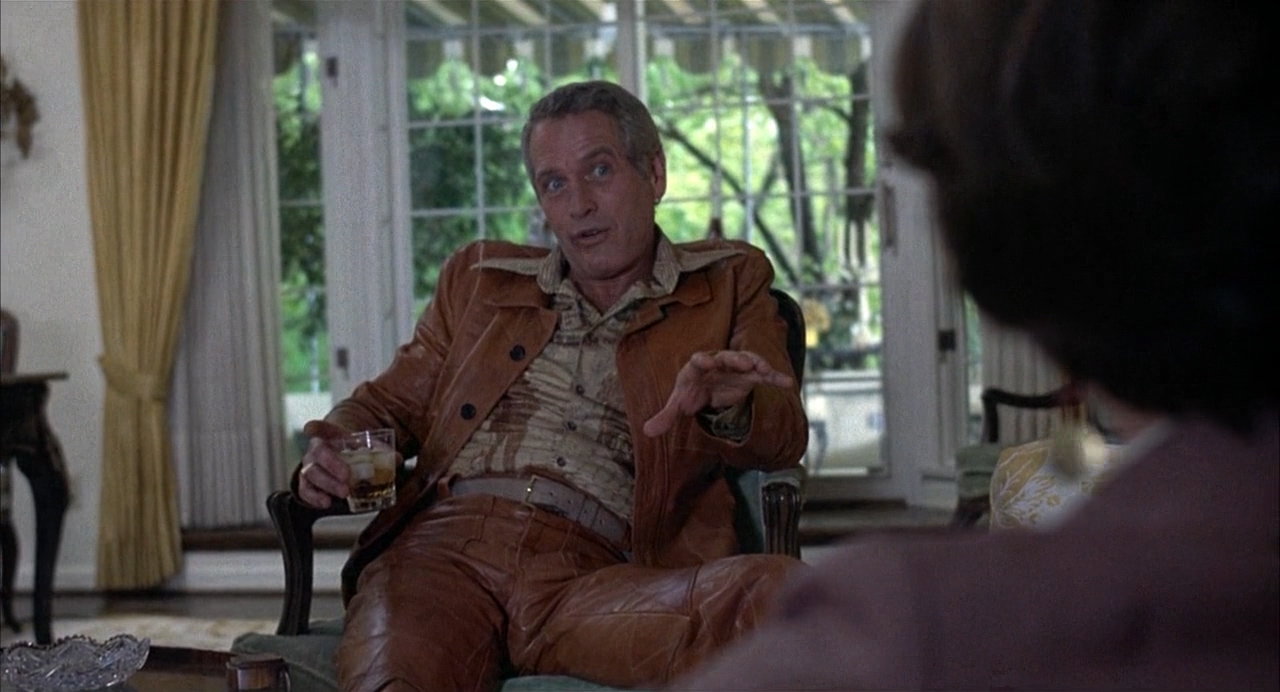 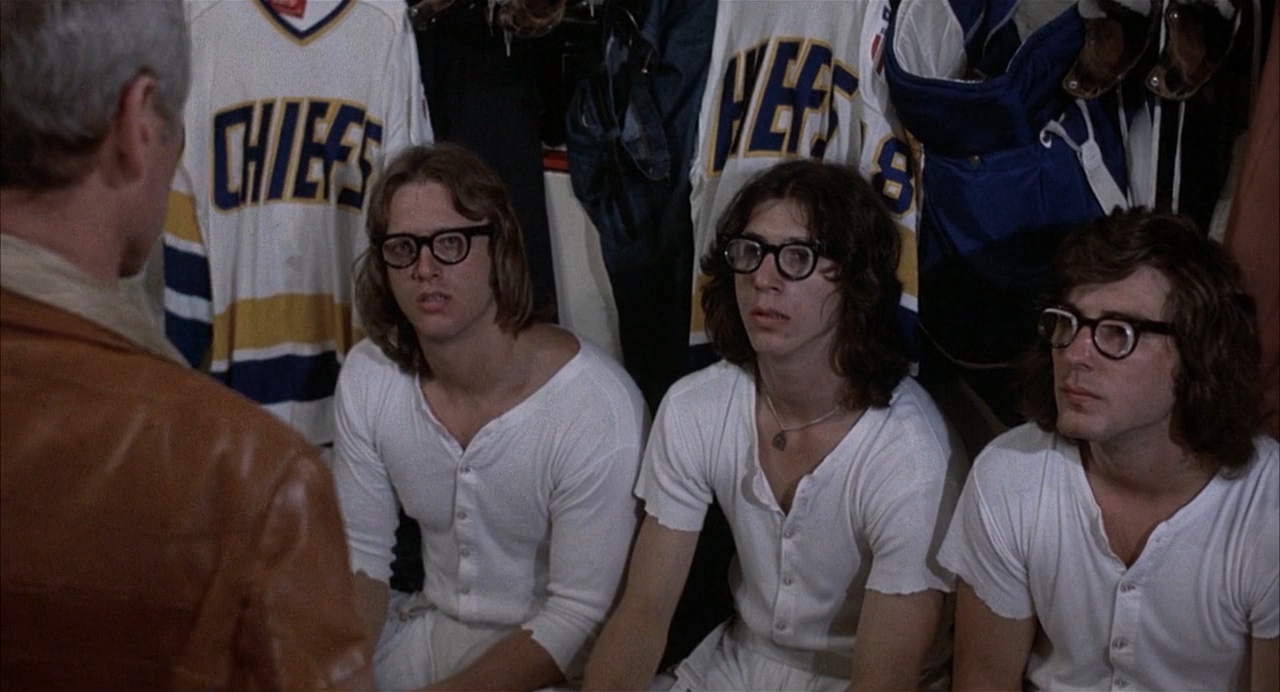 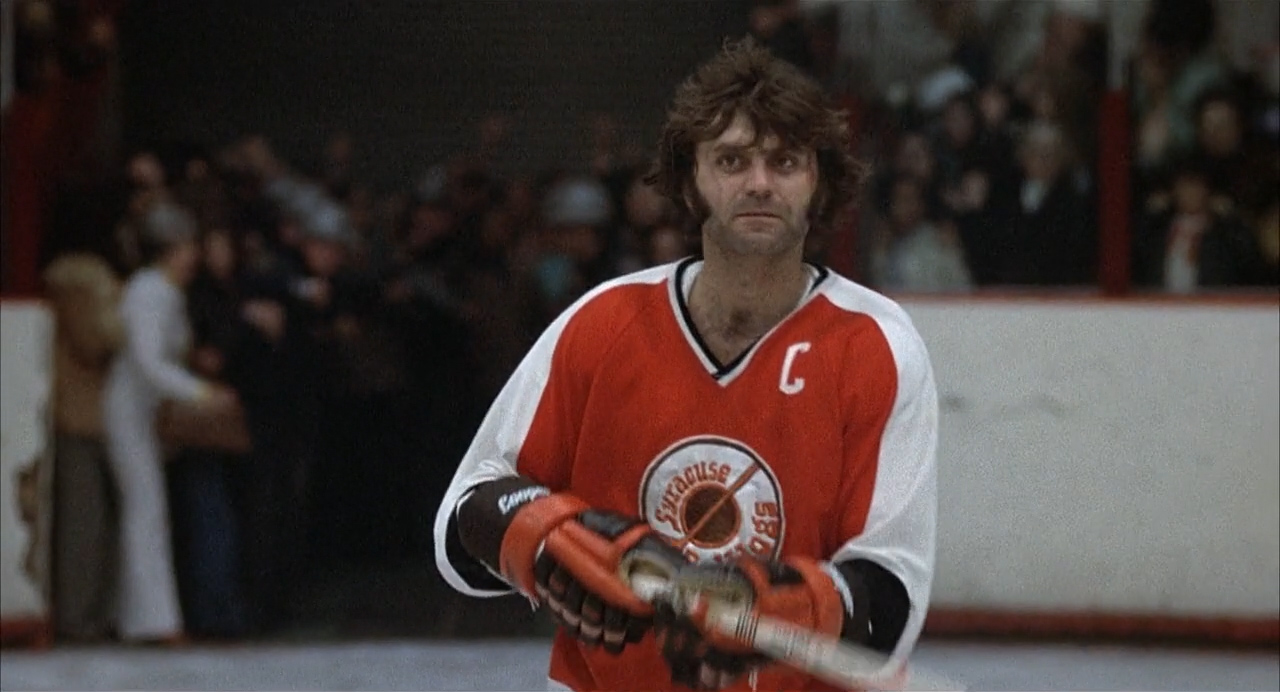 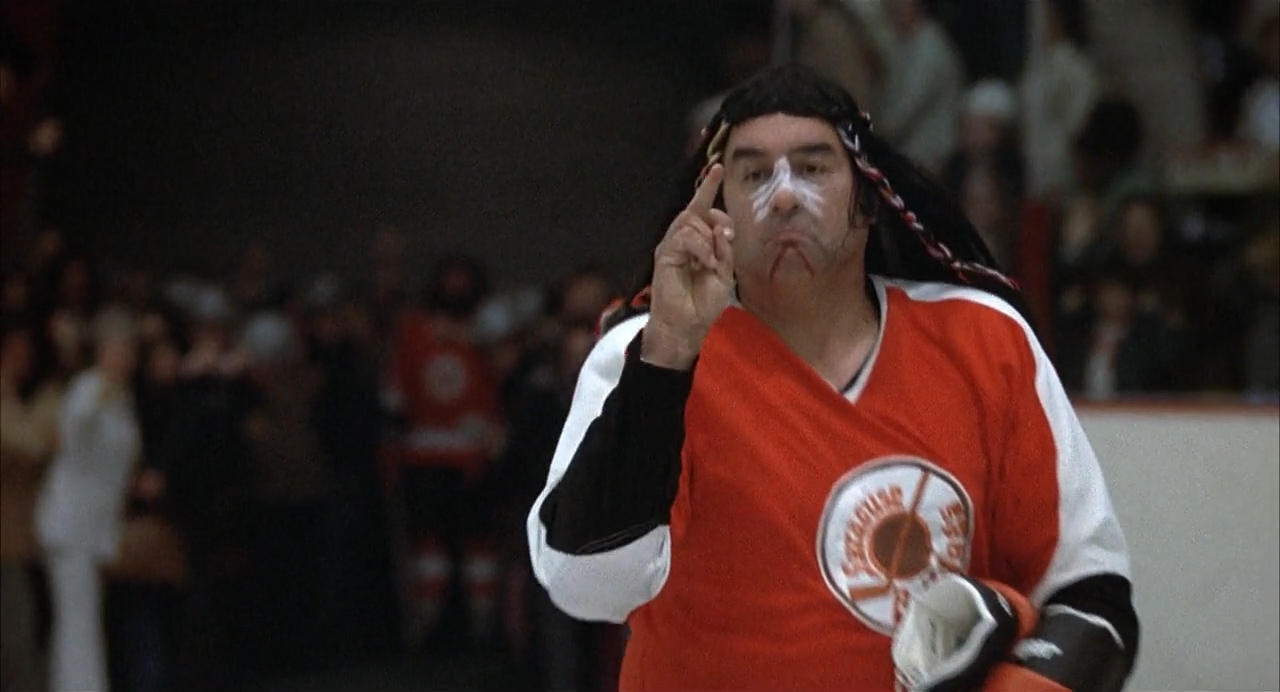 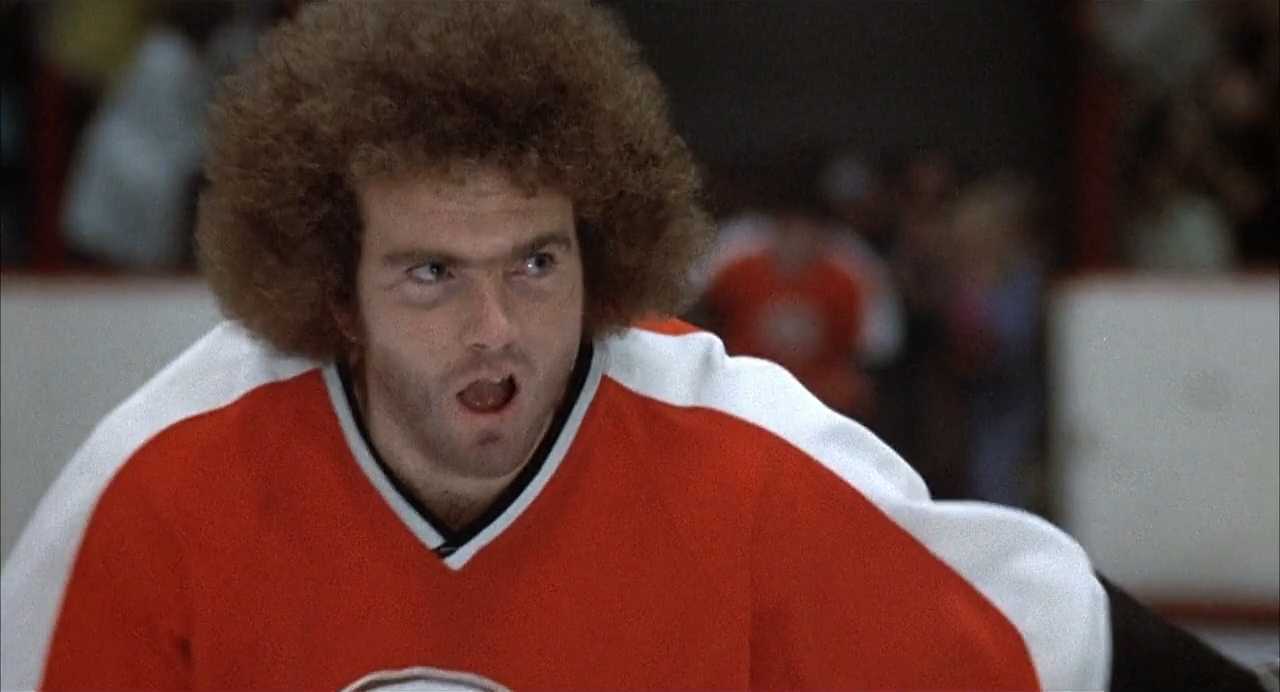 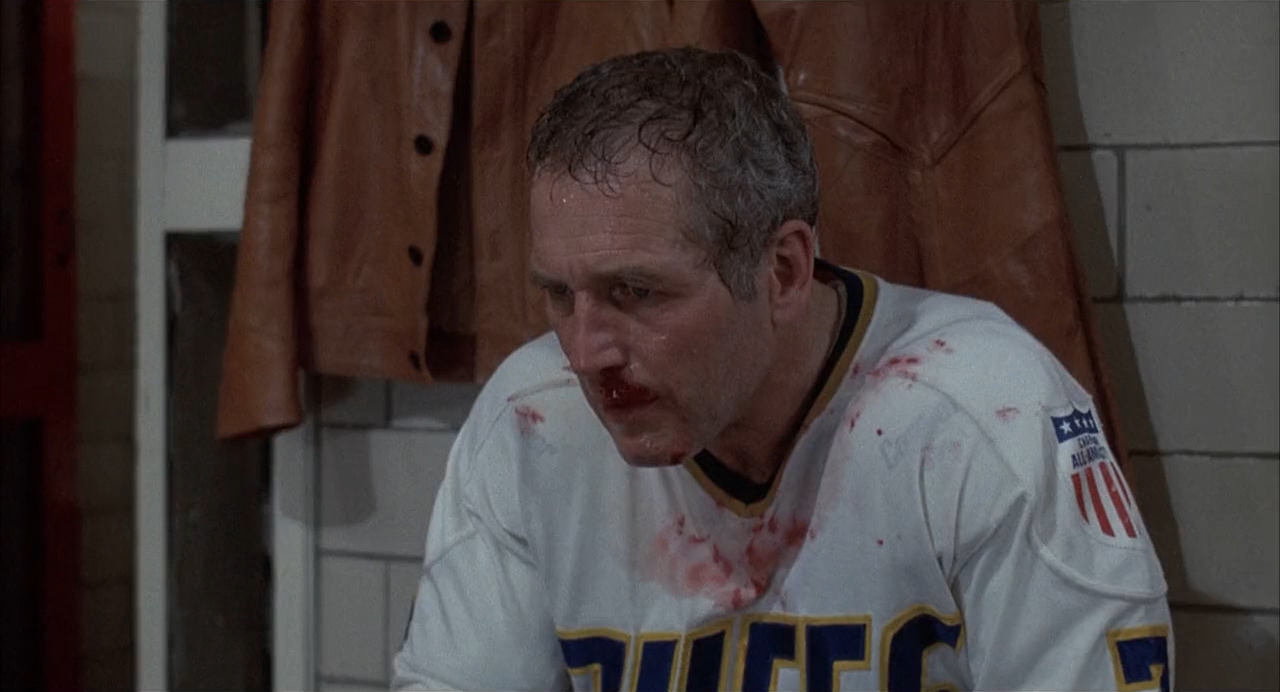 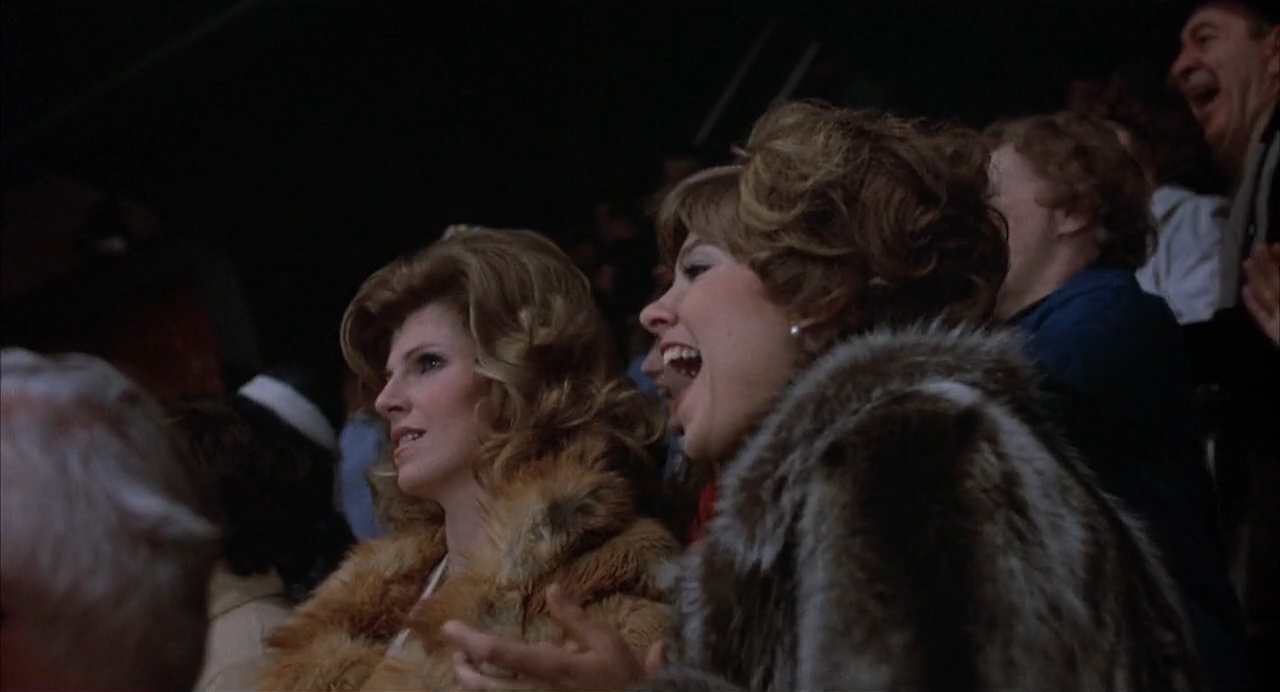 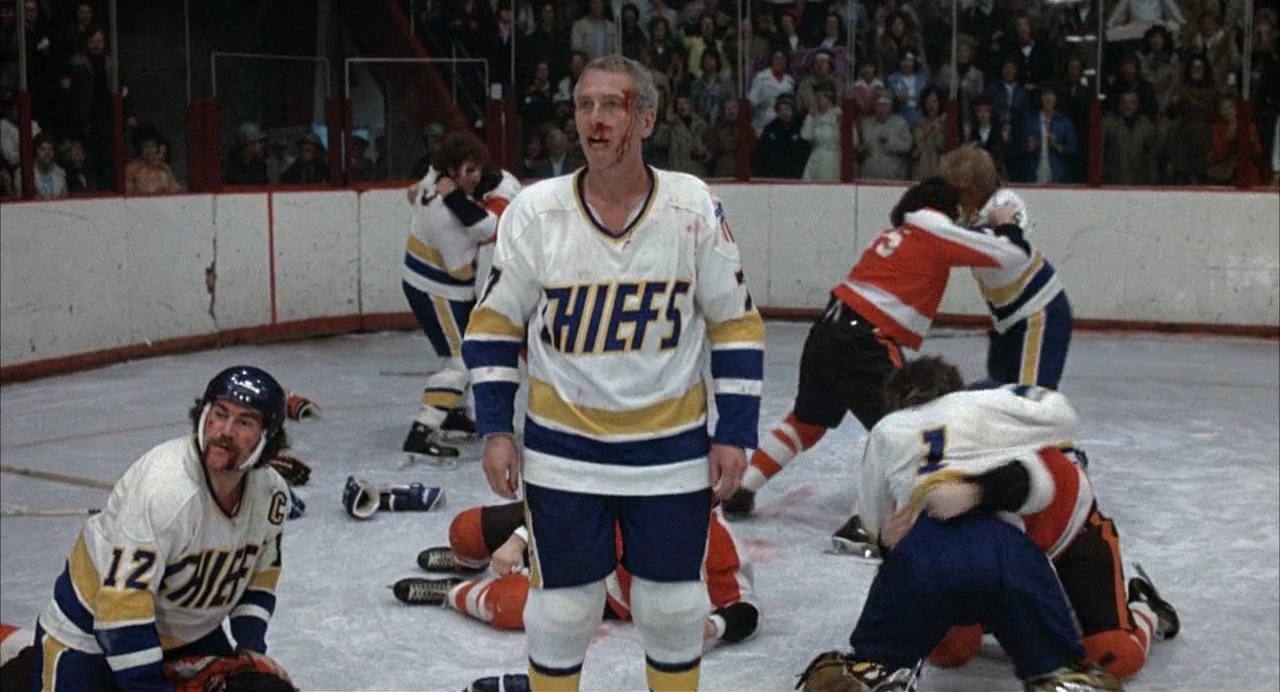 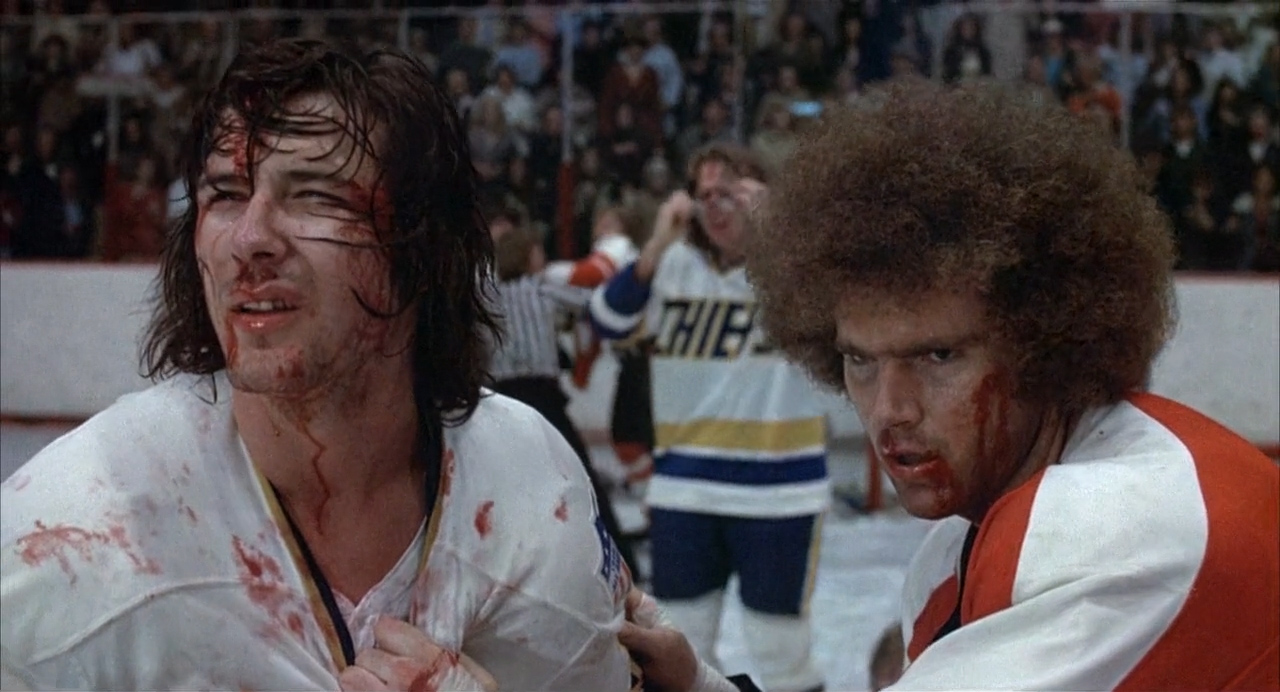 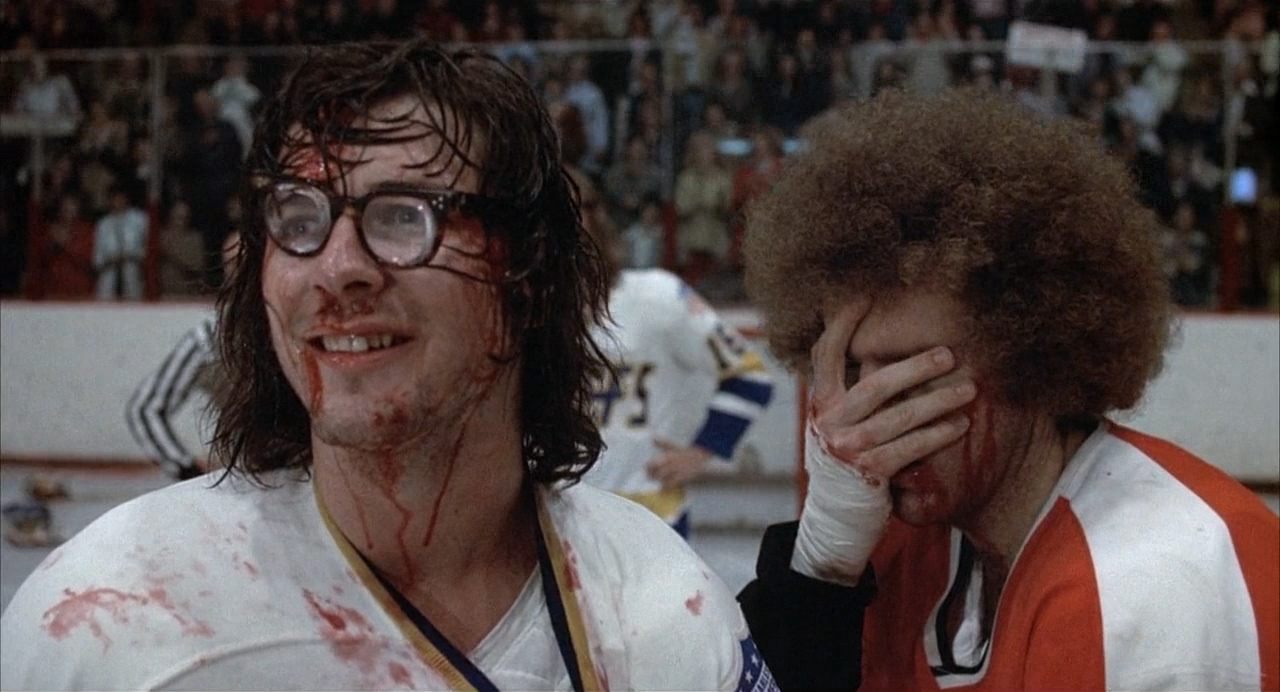 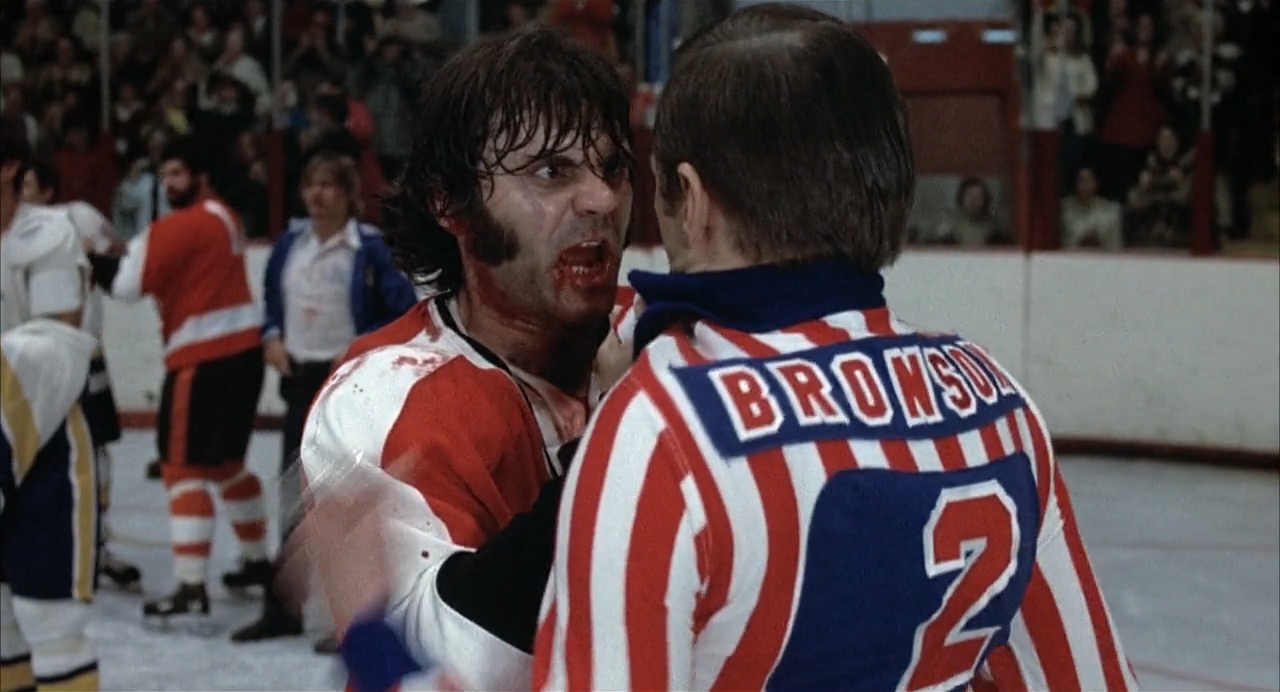 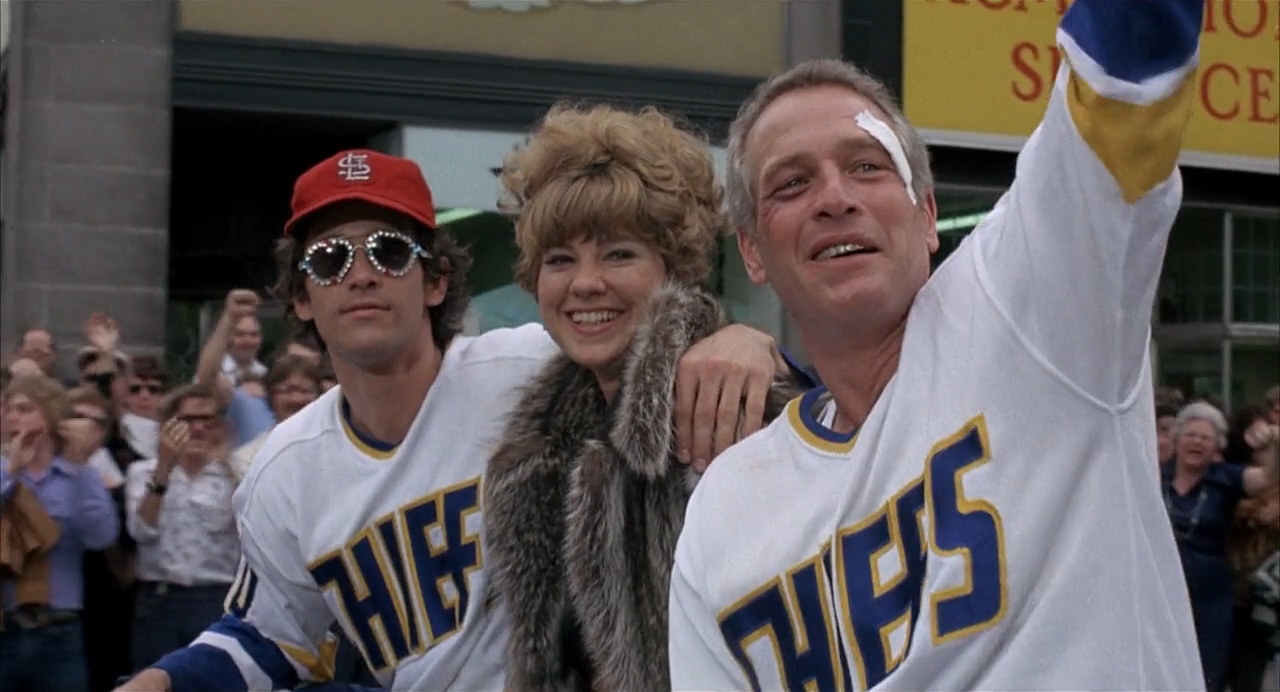 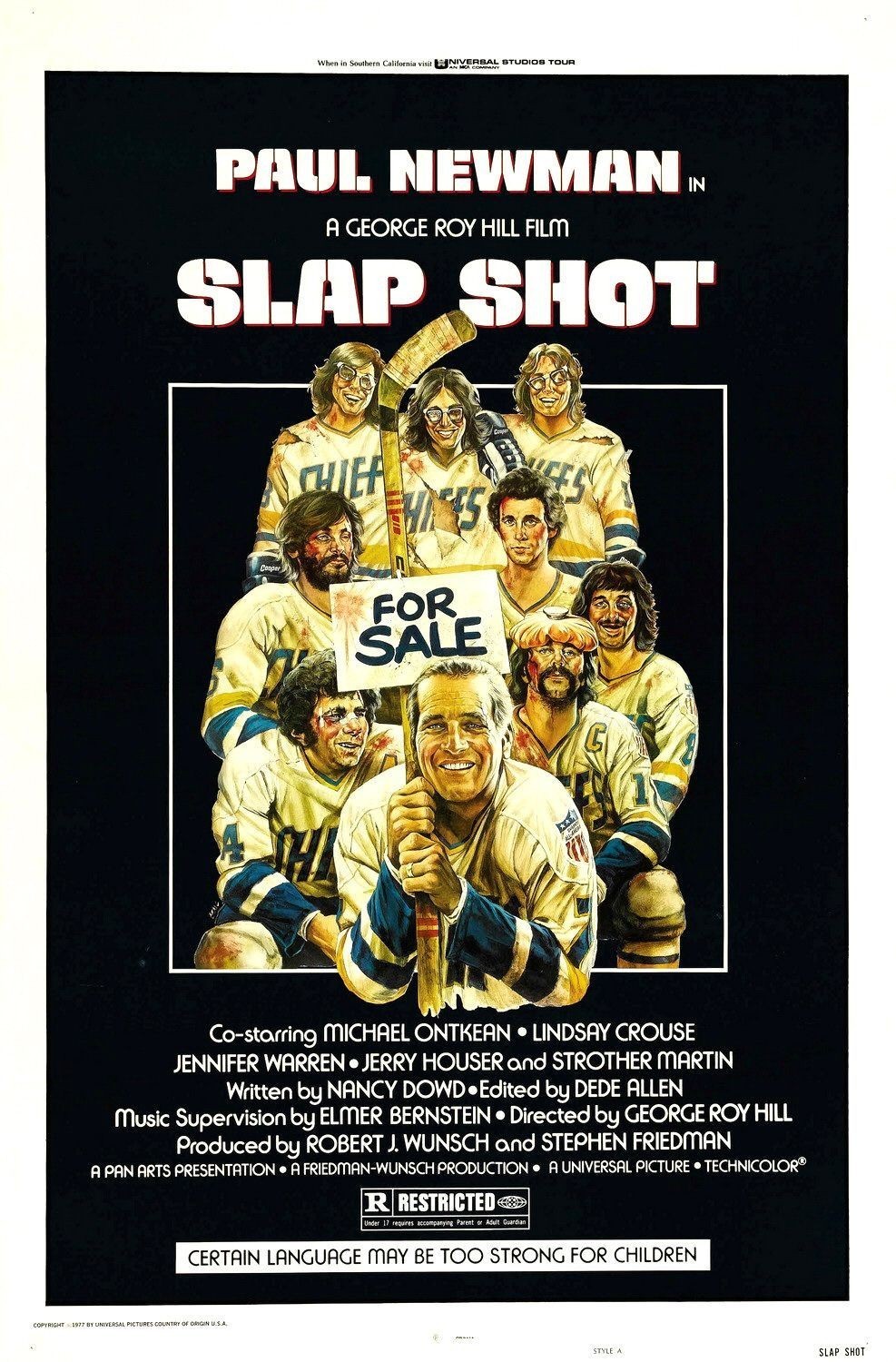