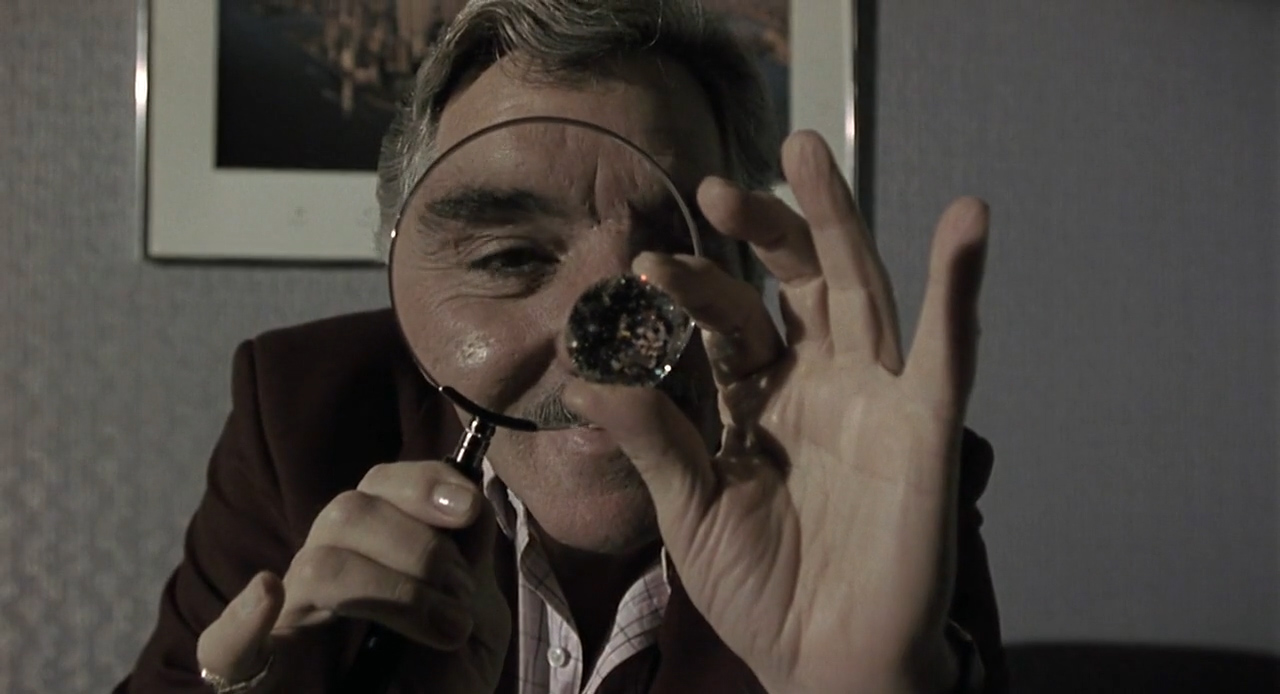 English director Guy Ritchie had perhaps the most explosive impact of all the directors who emerged in Quentin Tarantino's shadow during the mid-to-late 1990s, many of whom aped Tarantino's stylish and cynically arch take on the rejuvenated genre of B-movie-ish crime thrillers. Ritchie's debut, Lock, Stock and Two Smoking Barrels (1998), was ostentatiously constructed and, most importantly, unapologetically British, making him an instant sensation (owing no small debt to Tom Cruise reportedly spazzing out about it during a screening). His follow-up, Snatch, with its bigger budget and solid ensemble cast, is an improvement, for sure — but is, surprisingly, the highest-ranked movie on this month's PopGap list (#232 on Flickchart), and has even eked into IMDb's Top 100 movies of all-time.

I'm not sure I see what Snatch's fans are seeing: some decent (but not exactly groundbreaking) style, and an almost complete absence of any substance — to the point where even the characters don't really seem concerned with the mayhem that's swirling around them.

Jason Statham, in his second movie (both for Ritchie), plays perhaps his least interesting character, Turkish, a boxing promoter reluctant to get ensnared by a ruthless London mobster (Alan Ford). Turkish has a sidekick, Tommy (Stephen Graham), who is full of bluster, which sometimes works and sometimes doesn't. Meanwhile, a Russian gangster hires some clueless thugs to rip-off a diamond thief (Benicio del Toro), and eventually all of these characters — and several more (including Dennis Farina, Vinnie Jones, and Brad Pitt) — end up crossing paths at the worst possible time.

There's a certain amount of technical cleverness to the plot of Snatch, which culminates in two neat scenes toward the end; but it's kind of like watching a mid-level chess match set to techno music, with each chess piece getting a freeze-frame and a colorful nickname after the first turn. the cast is very good, but every actor is required to supply their own personality in lieu of the screenwriting, which stops its character development at their names. Ford is the stand-out as Brick Top, but that's as much a function of his contrapuntal costuming as it is his fierce performance; Farina, Rade Serbedzija, and Del Toro all do very well what they always do well. Pitt's mumbling gypsy boxer is the only really distinctive character in this otherwise generic crowd, and he's fun to watch. Graham displays the promise that would later pay-off with greater rewards in This is England and Boardwalk Empire. Everyone is good, but no one is exceptional.

I couldn't help while watching Snatch, and considering its passionate following, comparing it to my own favorite crime-related comedies. Pulp Fiction is the obvious standard-bearer, and Snatch does all it can to crib from Tarantino, but it lacks the empathy and innovation Tarantino employs while cribbing from his inspirations. Pulp Fiction has the pretense of something deeper going on; even if that's just in the characters' minds, it informs the narrative with the illusion of some greater purpose. In the other heist movies and crime comedies I enjoy, the mechanics of the plot always come second to the characters. the example that came immediately to mind is Steven Soderbergh's brilliant Out of Sight, in which every character is vulnerable, funny and dangerous, and it works seamlessly with the movie's cool veneer, creating a package that is 100 times more impactful than Snatch's lively but soulless plot machinations. Another George Clooney movie from that same period, Three Kings (1999), finds a way to make the heist matter, and its laughs resonate from a deeper place because the characters care about their predicament. I would even offer David Mamet's Heist (2001) as a movie that matches Snatch's cleverness, but betters it by exchanging style for characters.

Ritchie doesn't care about any of that. Snatch is all about the surface, and his character reflect that. Very rarely are any of them visibly bothered, even while witnessing carnage, after being hit by cars, or facing their own death. Tommy, in one early scene, sheds a single tear, but it's incongruous; it has no bearing on the path his character takes for the rest of the film. Pitt's character is uniquely human compared to the gallery of tough guy poses throughout the rest of the cast (Or is he? And does it even matter?).

Snatch isn't a bad movie. But it also isn't a great one, and nowhere close. It's a technical exercise featuring pawns instead of people, and even its plot, ultimately, goes nowhere. It's reasonably amusing and maintains a decent tone. I laughed 8 times in 102 minutes, resulting in a Time-Laugh Content rating of .08, just enough to feel a buzz. 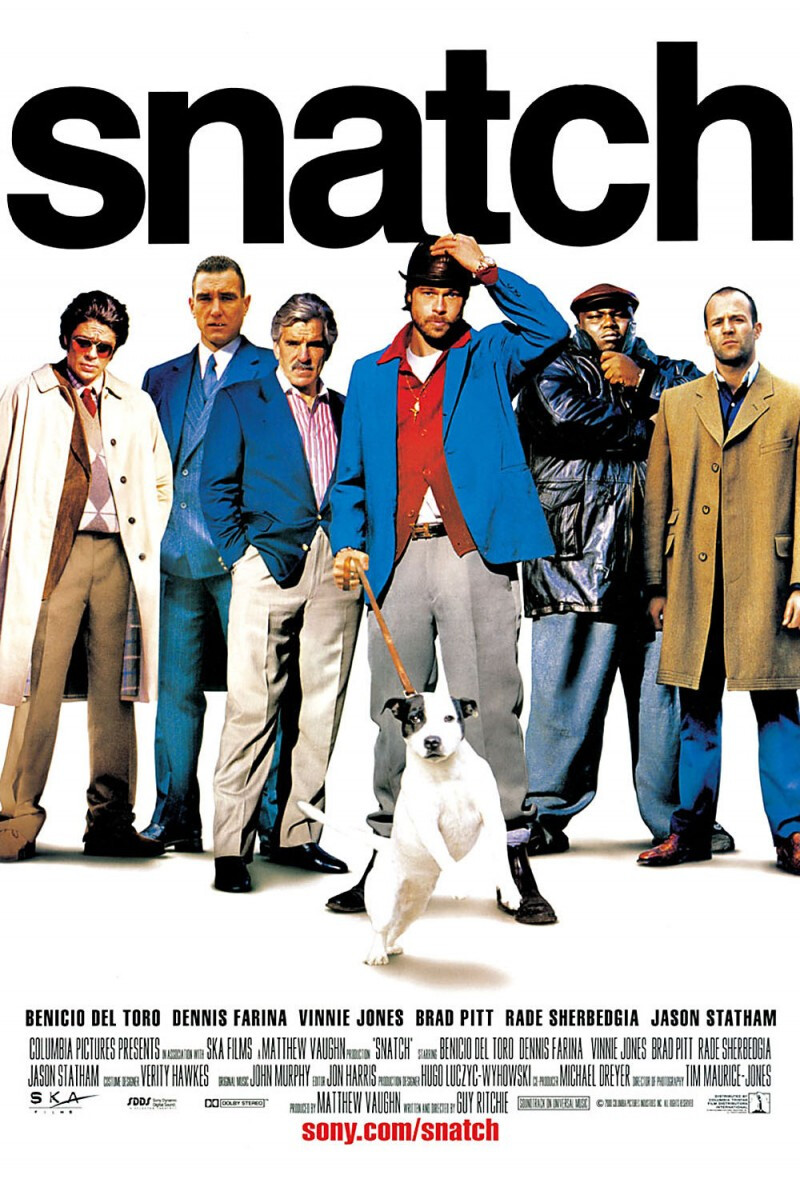